PepsiCo, Inc. has announced plans to more than double its science-based climate goal, targeting a reduction of absolute greenhouse gas (GHG) emissions across its value chain by more than 40% by 2030. In addition, the company has pledged to achieve net-zero emissions by 2040, one decade earlier than called for in the Paris Agreement.

Specifically, PepsiCo plans to reduce absolute GHG emissions across its direct operations (Scope 1 and 2) by 75% and its indirect value chain (Scope 3) by 40% by 2030 (2015 baseline). This action is expected to result in the reduction of more than 26 million metric tons of GHG emissions or the equivalent of taking more than five million cars off the road for a full year.

“The severe impacts from climate change are worsening, and we must accelerate the urgent systemic changes needed to address it,” said PepsiCo Chairman and CEO Ramon Laguarta. “Climate action is core to our business as a global food and beverage leader and propels our PepsiCo Positive journey to deliver positive outcomes for the planet and people. Our ambitious climate goal will guide us on the steep but critical path forward – there is simply no other option but immediate and aggressive action.”

PepsiCo’s sustainability strategy, informed by leading science-based measures and cost-benefit analysis, focuses on the areas where it can have the most impact, while creating scalable models and partnerships for accelerated progress across the full value chain. The company’s emissions target aligns to the Business Ambition for 1.5°C pledge and has been approved by the Science Based Targets initiative as the most ambitious designation available through their process.

"We congratulate PepsiCo on setting an emissions reduction target consistent with limiting warming to 1.5°C, the most ambitious goal of the Paris Agreement," said Nate Aden, Senior Associate at World Resources Institute, one of the Science Based Targets initiative partners. "Companies have a vital role to play in driving down global emissions, and it is encouraging to see major players, such as PepsiCo, taking ambitious action."

PepsiCo’s action plan is centred around both mitigation, reducing GHG emissions to decarbonize its operations and supply chain, and resilience, reducing vulnerabilities to the impacts of climate change by continuing to incorporate climate risk into business continuity plans. With operations in more than 200 countries and territories around the world and approximately 260,000 employees, the company’s emissions reduction plan will be comprehensive across priority areas such as agriculture, packaging, distribution and operations.

• With agriculture accounting for approximately one quarter of worldwide GHG emissions and one third of PepsiCo’s emissions, PepsiCo will further scale sustainable agriculture and regenerative practices that help lead to emissions reduction and sequestration, as well as improved soil health and biodiversity, decreased deforestation, and increased productivity for farmers. This includes expanding the company’s global network of Demonstration Farms, which provide localised training and tools to implement sustainable practices and improve livelihoods.

• PepsiCo will lower GHG emissions impact with a continued drive to reduce virgin plastic use and increase recycled content in its packaging.

• Through the implementation and upgrading of environmentally sustainable manufacturing, warehousing, transportation and distribution sites, similar to the Frito-Lay North America facility in Modesto, Calif., the company aims to maximise efficiency in its supply chain, while also adopting zero- and near-zero-emission technologies.

• PepsiCo is implementing innovative business processes that enable GHG emissions mitigation, such as its “Sustainable from the Start” program, which puts environmental impact decision-making at the heart of product design. Additionally, two internal carbon pricing programs, one aimed at eliminating the carbon impact of employee business air travel and another at building carbon impact into carrier selection for third party logistics in North America, will help further reinforce climate considerations in PepsiCo’s business decisions.

• From Lay’s to Pepsi and Quaker to Tropicana, more and more PepsiCo brands are being made using electricity from a mix of renewable energy sources.

“Our climate ambition is at the very heart of accelerating our global sustainability progress, and we are using our scale and reach to build a more sustainable and regenerative global food system,” said Jim Andrew, Chief Sustainability Officer, PepsiCo. “It’s long overdue that companies move beyond just minimising their environmental impact, they must actively work to improve and regenerate the planet.” 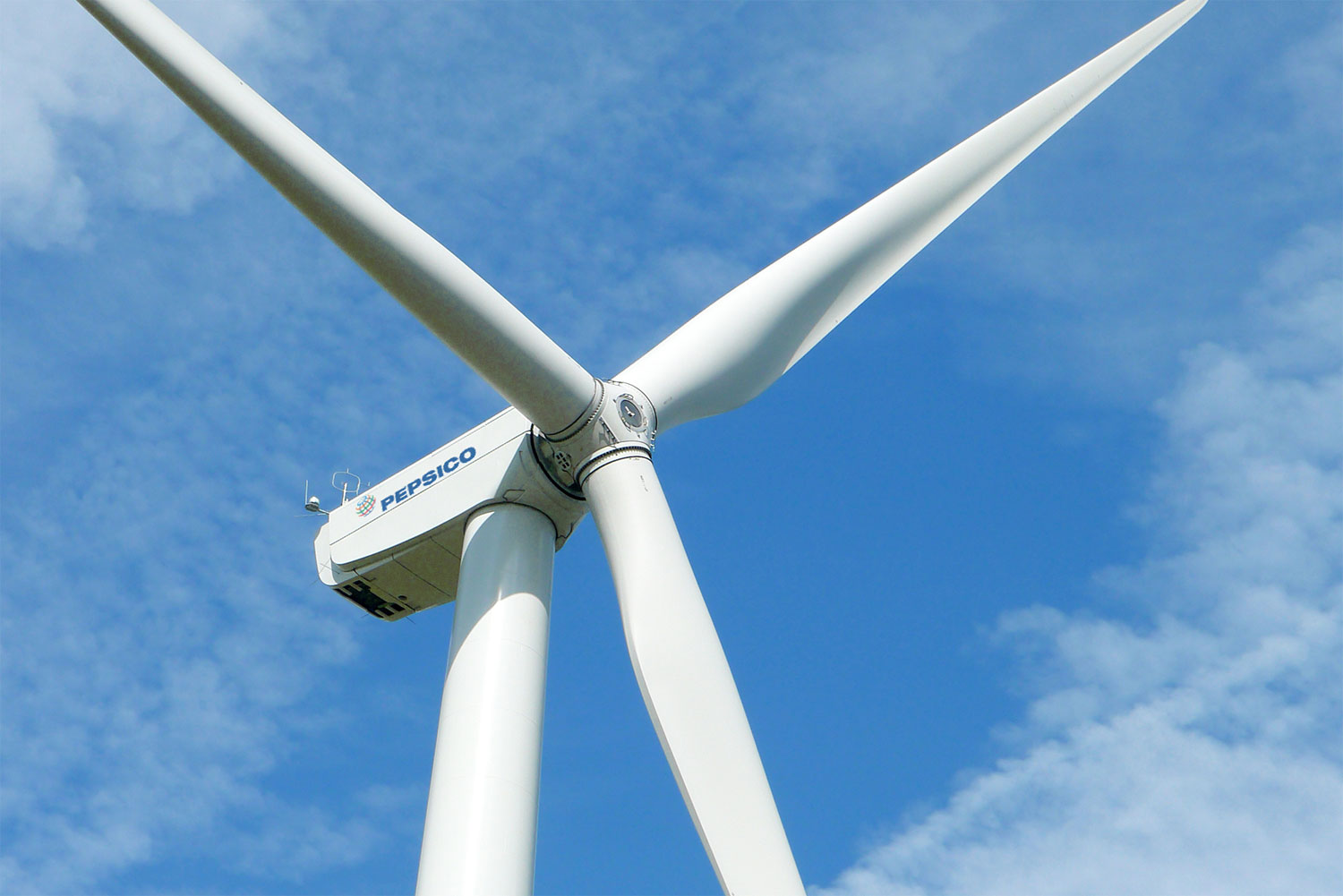 PepsiCo was recently named to CDP’s Climate A List and is also engaged in multiple partnerships and coalitions aimed at driving action on climate change, including the One Trillion Trees initiative, The Climate Group’s RE100, Renewable Energy Buyers Alliance, We Are Still In and the U.S. Climate Leadership Council. For more on our collaborative work to address climate change, visit our ESG Topics Climate page.

42 Years of PWA’s “Determined – Confident – For the Public” Commitment