The 2021 Thailand ILCA National Championships saw a record fleet of 55 Laser sailors on the water, with a new generation of serious contenders stepping up to the plate to showcase their skills in sparkling sailing conditions. (19-21 February 2021, Pattaya)

Hosted by the Royal Varuna Yacht Club and sponsored by Thailand-based Element 6 Evolution (E6), a newly appointed manufacturer of the one-design class boats, the event featured light to medium winds alongside a strong tide, wind shifts and gusts. Competing for titles were sailors ranging in age from 10 to 80 years, hailing from four Thai sailing clubs and ten countries.

The real thrill was in watching the next generation of top Thai sailors jockey for position on the podium, with Thailand's Olympic sailors sidelined - two-time male Olympian and decade-long national champion Keerati Bualong now coaching the Yacht Racing Association of Thailand's ILCA 4.7 fleet, and female Olympian Kamolwan Chanyim off the water due to temporary injury training for Tokyo 2020.

In the ILCA Standard, serious contenders for future Olympic qualification Chusitt Punjamala and Arthit Romanyk did battle in each race, but Chusitt was able to finish in the lead in all but two races. The two have been training partners and respectful competitors on and off the water for most of the past year and both have their hopes on being able to do Thailand proud in a final Asian qualifying event for Tokyo 2020 later this spring, pending re-scheduling by World Sailing as Abu Dhabi was unable to proceed with its postponed championship due to Covid-19 restrictions. Pom Green, director of E6, sailed to an impressive third place. 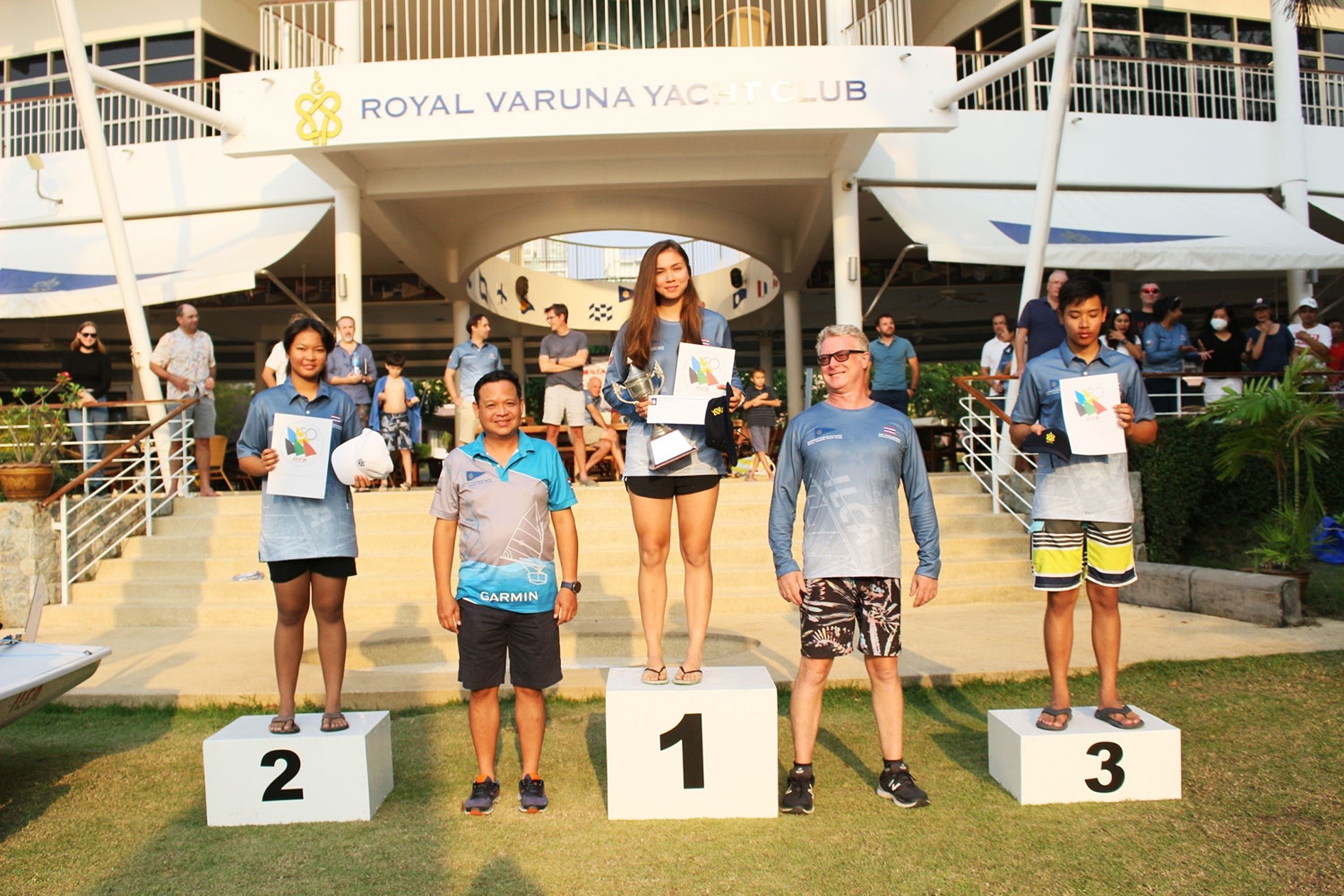 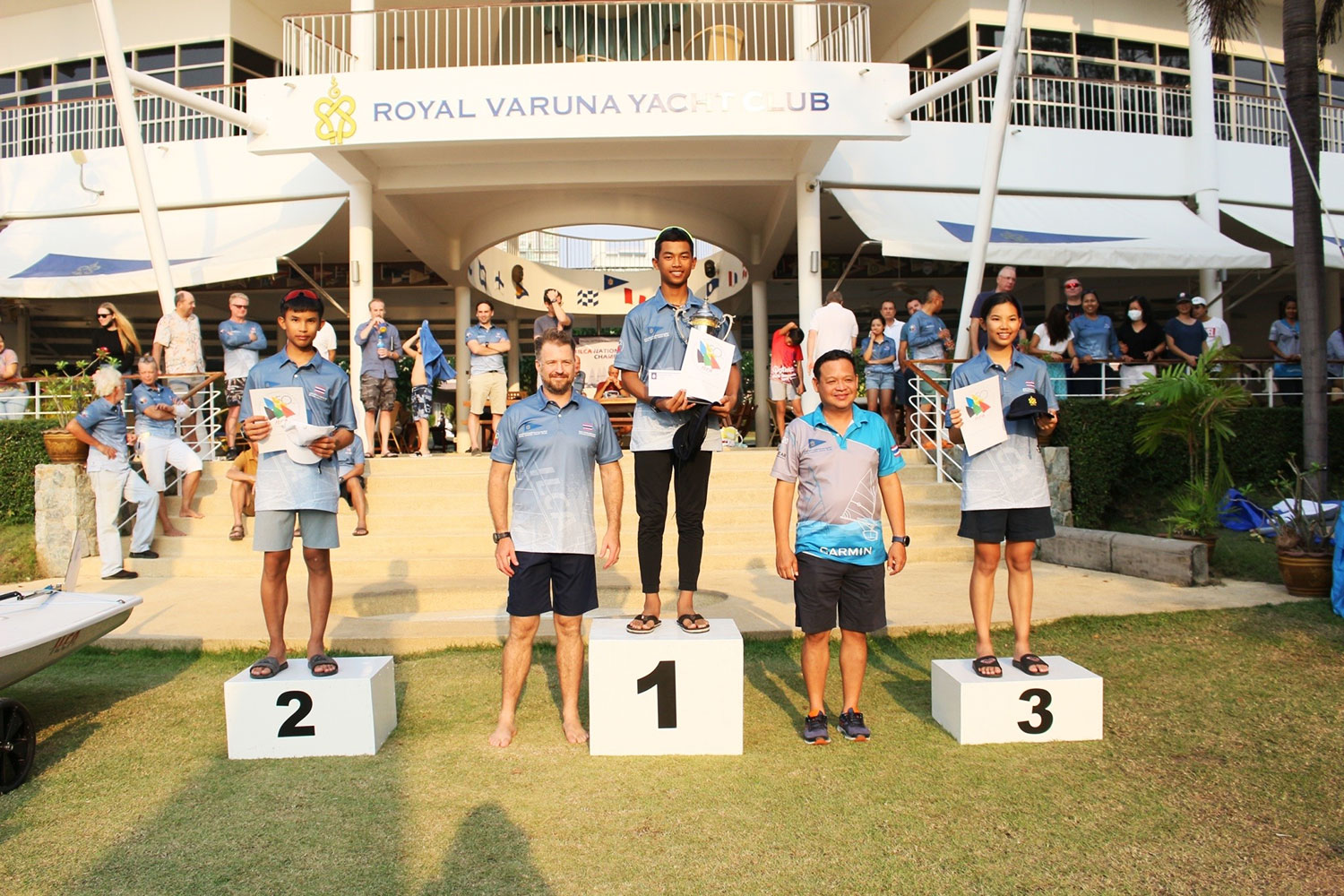 The Standard winner, Chusitt, who also won last year said "It's been quite a while since my last regatta. I think my performance this weekend was quite good in terms of the game plans and tactics. My goal this year is to qualify for Tokyo Olympics. The qualifier will be held in Oman anytime soon. So this National Championship is a good prep for me and for everyone since it is close to impossible for us to go overseas for regattas and to get ourselves ready for the qualifier because of Covid-19. I think I am quite physically and mentally ready for the next one, the qualifier."

In the ILCA Radial rig, Sophia Montgomery and Patcharee Sringam proved keen to take Kamolwan's place on the podium going forward, finishing 1st and 2nd. Christopher Marsh also had an impressive performance, finishing 4th, with hopes of representing the kingdom at an ILCA Youth Worlds later this year. Adding to their challenge was the surprise appearance of Noppakao Poonpat, former Optimist world champion and a star of the Thai sailing, who took a break from her pharmacy to return to the sport. While she struggled the first two days, she found her form in the lighter wind on the last day, stealing a first and second place to finish 5th overall.

The Radial winner for 2nd year in a row, Sophia, said "Having not raced much all of last year, I am proud of my performance. The conditions this weekend were very tricky, with light shifty winds and a strong current. It was much more of a mental game than a physical one. My competitors put up a very strong fight, but I am glad to say that I came out on top. Thank you to everyone who has always supported my sailing journey. I look forward to the trainings and regattas to come." 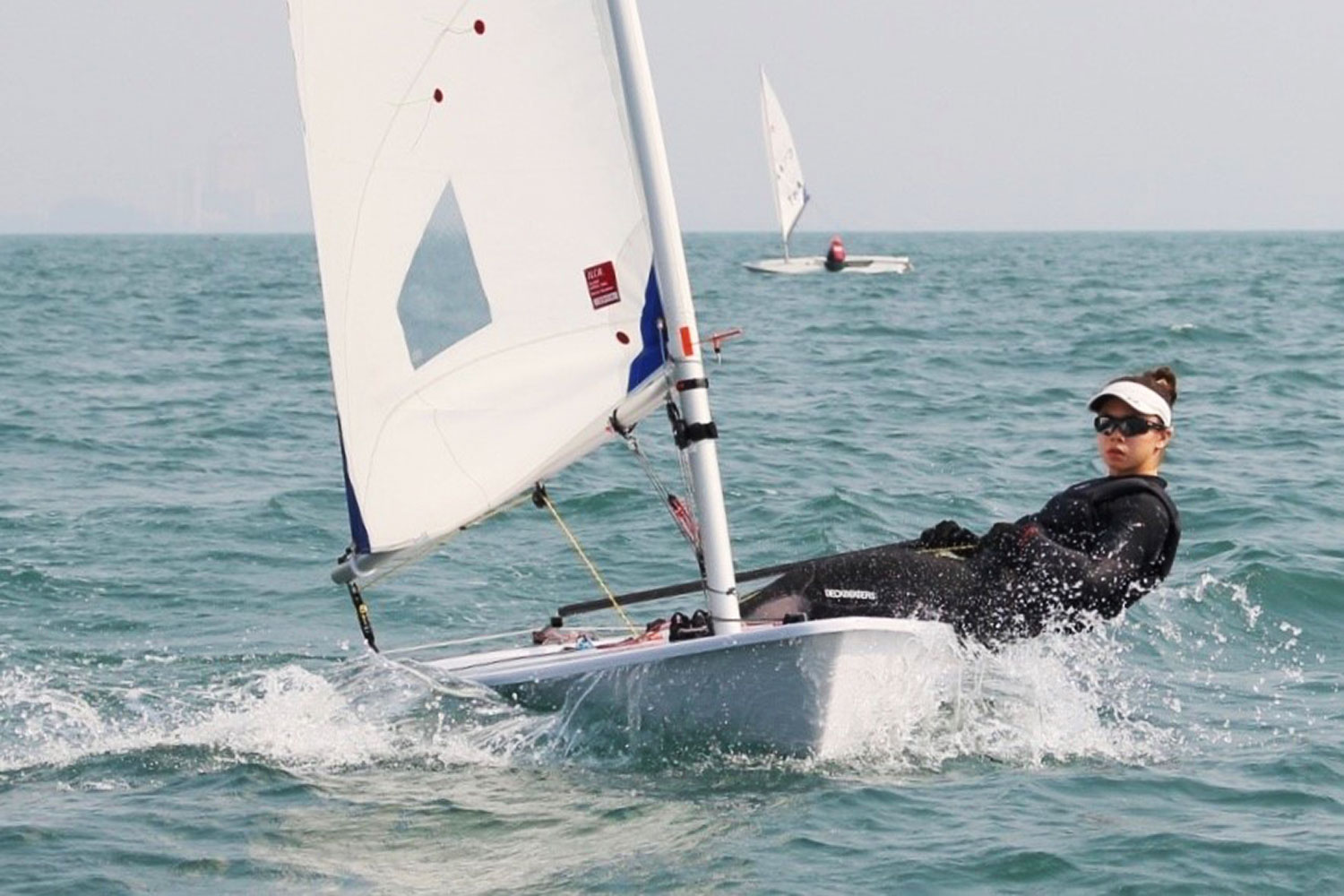 The ILCA 4.7 fleet was the event's largest and most exciting to watch, with top youth sailors, some still in the Optimist class, enthusiastically testing their skills in the transition to the Laser class. After much jostling at the top among several sailors, Bowonnan Chanram managed to outsail world stars Panwa Boonag, who finished 2nd, and Weka Bhanubandh, who finished 10th after missing the first day of races due to school. Third place was snatched by Panwa's sister Thorfun Boonnak.

The ILCA 4.7 winner, Bowonnan, said "I am very happy with the overall result of this regatta. I hoped to do well and I did! I had training very hard all year long both in and off the water for this National Championship. From now, I will continue to train to keep my national ranking and hope to race for Thailand again soon".

In the Masters and Grand Masters, battles were no less full of drama and bravado. International Optimist Dinghy Association President Kevin Whitcraft proved he's not just all about prestigious posts, taking the Grand Master title from two others hot on his wake. In the Great Grand Masters, Marcel Dubbelman managed to beat the determined Richard Vine, founder of the Hua Hin Sailing Club in the ILCA Standard. Final special mentions go to U Thiha, sailing the ILCA Radial as a Great Grand Master, and the indomitable Charlie "The Fox" Zbinden, a local Legend who, at 80 years young, managed to show up several sailors a fraction of his age in his four races.

The event, held in accordance with Thailand's Covid-19 restrictions, saw touchpoints minimized, all registration and payments done online, and prize giving socially distanced, with the traditional full fleet photo done with masks worn by all. 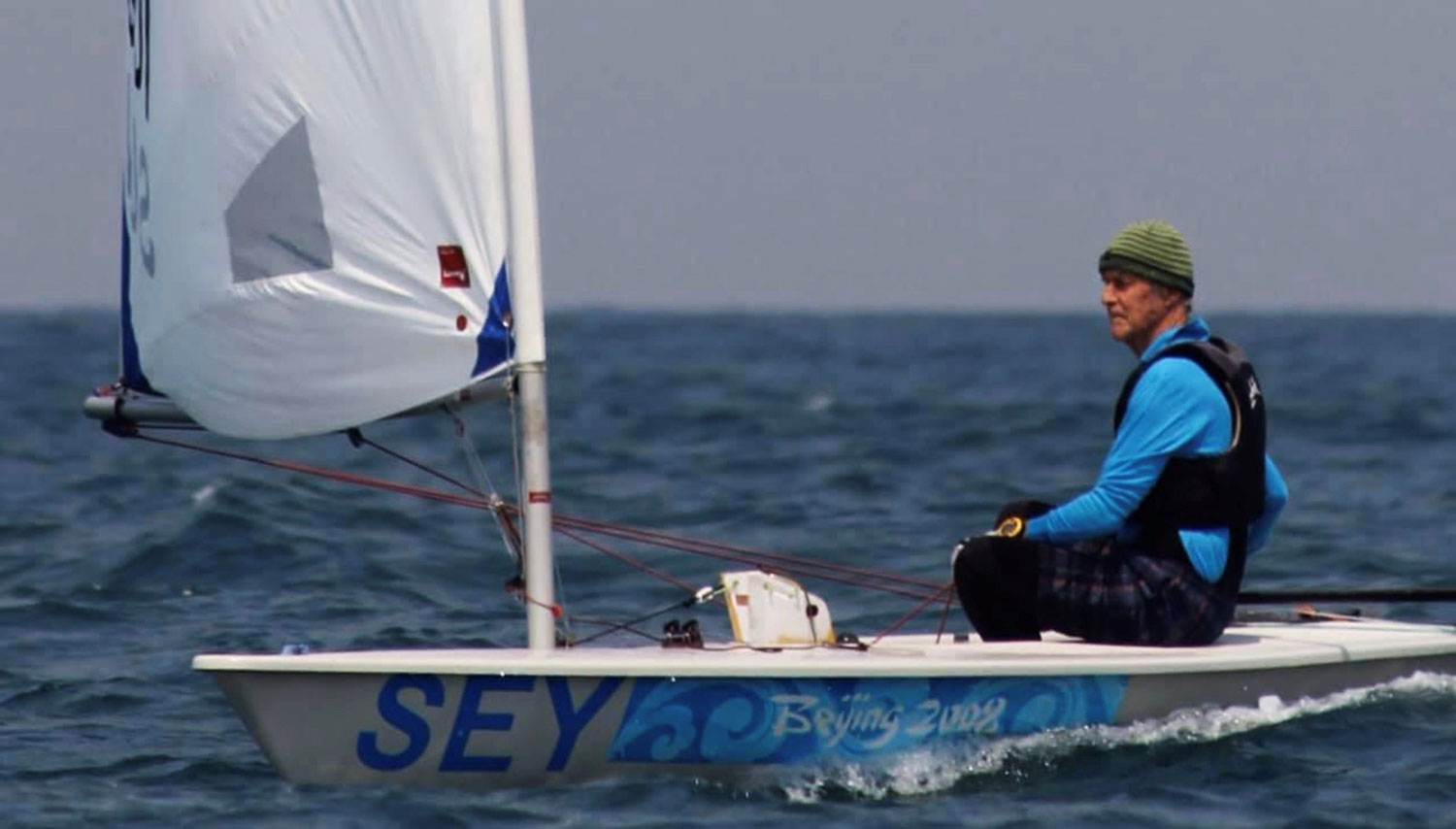 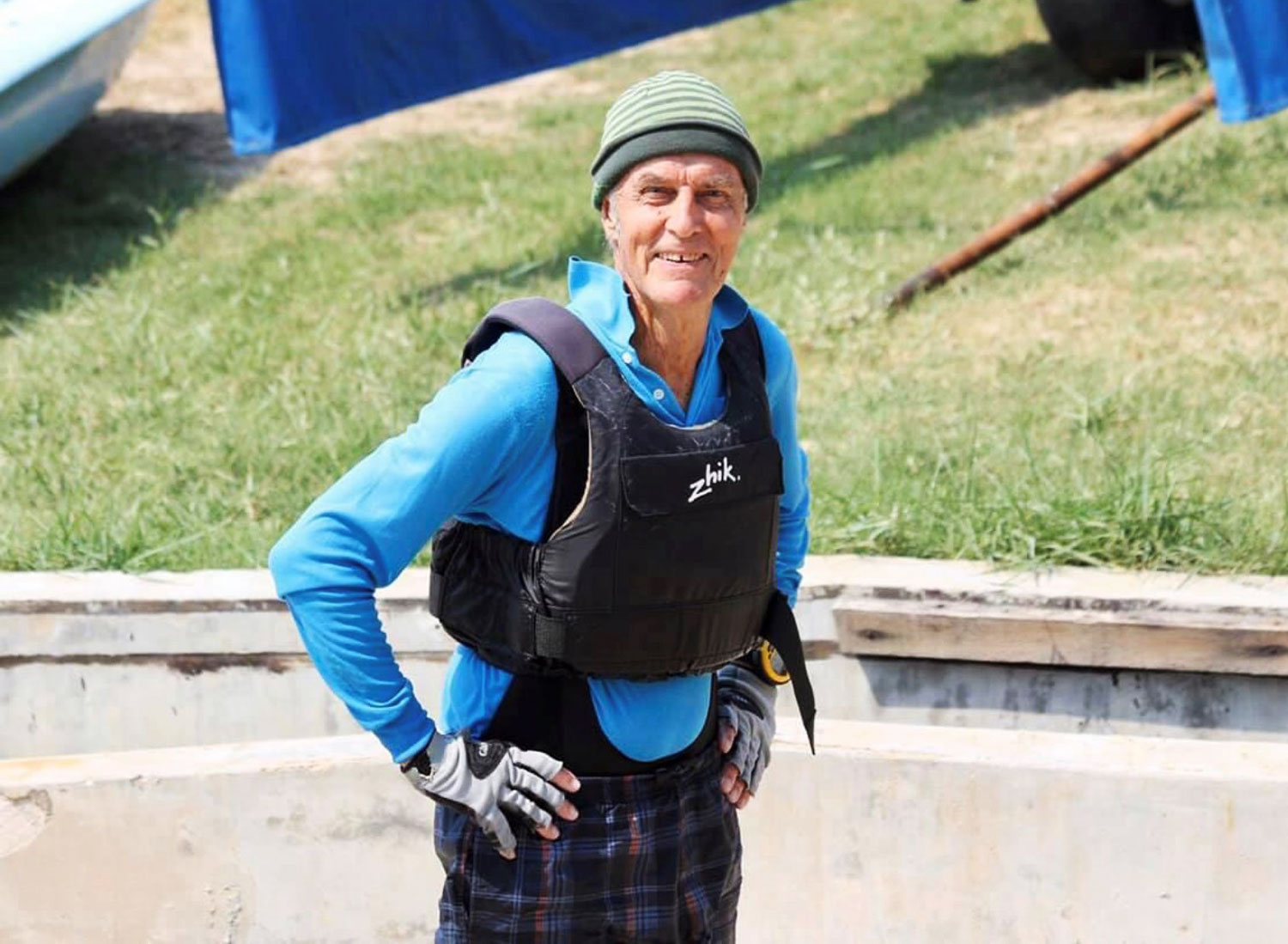 NAKHON RATCHASIMA: A pipeline leak led to a sudden subsidence, leaving a 5-metre-wide hole on a frontage road on the Nakhon Ratchasima-bound side of the Mittraphap highway in Muang district on Tuesday.

NAKHON PHANOM: The number of Covid-19 cases linked to a nightspot in this northeastern province has risen to 52, with nine new infections reported on Wednesday.

A cryptocurrency that was created as a joke exploded into plain view on Wall Street on Monday, with a surge in dogecoin sending its 2021 return above 8,100% -- more than double the gains on the S&P 500, including dividends, since 1988.

Man shoots himself while cleaning rifle

Stepan Talabira Talks about His Goals and Future expansion Plans