Kazakhstan To Mark 2021 as The Anniversary Year Of The Nation

Kazakhstan celebrates a glorious spectrum of achievements as anniversaries of remarkable milestones and remembrance are recognised in 2021. Capital Day on 6 July celebrates the settlement of Nur-Sultan, as it marks 23 years as Kazakhstan’s capital city on this day, heralding a new dawn of prosperity and unity in the following decades.

Additionally, 6 July 2021 is the 29th Anniversary of diplomatic relations between the Republic of Kazakhstan and the Kingdom of Thailand. Having shared similar geopolitical characteristics as natural transit hubs to their continents, the two countries have maintained excellent diplomatic relations across 29 years and are looking forward to expediting mutual interests, especially in commerce and tourism, in the years to come.

2021 is a significant year to highlight the 30th anniversary of the Independence of Kazakhstan – the ninth largest country in the world and a higher GDP than other Central Asian countries. With its history of transformation, growth, reform and advancement to international outreach, Kazakhstan has convinced the world of its strength today as well as its promise of a brighter future ahead.

H.E. Ms. Raushan Yesbulatova, Ambassador Extraordinary and Plenipotentiary of the Republic of Kazakhstan to the Kingdom of Thailand, said: “2021 is a special year. With several past achievements and lucrative future trends, Kazakhstan has so much to celebrate, while heading to the next challenging phase.”

Not only a transcontinental country with unrivalled interethnic relations, achieved by its unique ethnopolitics, Kazakhstan has also been recognised for its sense of responsibility to the world, as initiated by Nursultan Nazarbayev, the First President of Kazakhstan, when he abandoned the nation’s nuclear arsenal. Furthermore, 2021 marks the 30th anniversary of the closure of the Semipalatinsk Nuclear Test site, proving Kazakhstan’s vision to promote global peace and environmental responsibility. 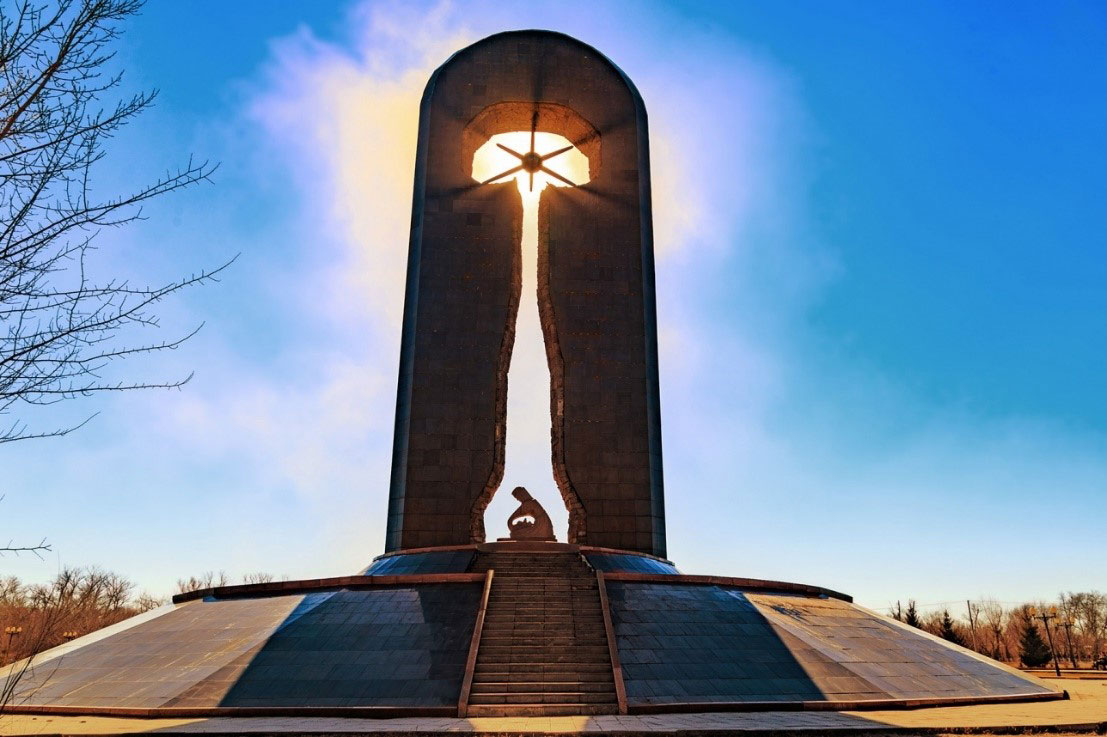 “The stronger than death” monument in Kazakhstan. Built in Semey,the monument is one of Kazakhstan significant landmarks dedicated to peace.  Photo by qazaqstan3d.kz

To mark the termination of nuclear tests at the Semipalatinsk Nuclear Test site, the Republic of Kazakhstan, together with a large number of sponsors and co-sponsors, declared 29 August 1991 as the International Day against Nuclear Tests, subsequently adopted by the United Nations General Assembly in 2009.

Literally, “Kazakh” means Free and “Stan” means Land. Kazakhstan translates into a Land of Free People, which has been reflected in Kazakhstan’s unending endeavour to treasure social, economic and political stability above all.

“Kazakhstan is steering toward a new era through consistent reforms, be it social, economic, political or domestic. Armed with the readiness and investment potential, the country welcomes every possible opportunity. Moreover, Kazakhstan is rising as an aviation hub in the west of the country in the Europe-Asia direction. Therefore, plenty of opportunities are available for foreign investors and global companies.”

In order to achieve this remarkable scheme, which embraces social protections, healthcare reforms and education reforms, Kazakhstan President, Kassym-Jomart Tokayev, has a vision to accentuate the concept of a “Listening State” into the framework of his reform implementation. Underpinned by the intention to listen and respond to its citizens, Kazakhstan expects to become a fair state that protects the interests of people through appropriate law enforcement and judicial systems. Beyond the protection of citizen’s rights, President of Kazakhstan, Kassym-Jomart Tokayev, is looking forward to achieving socio-economic development, which is an essential element that strengthens the position of Kazakhstan at an international level. 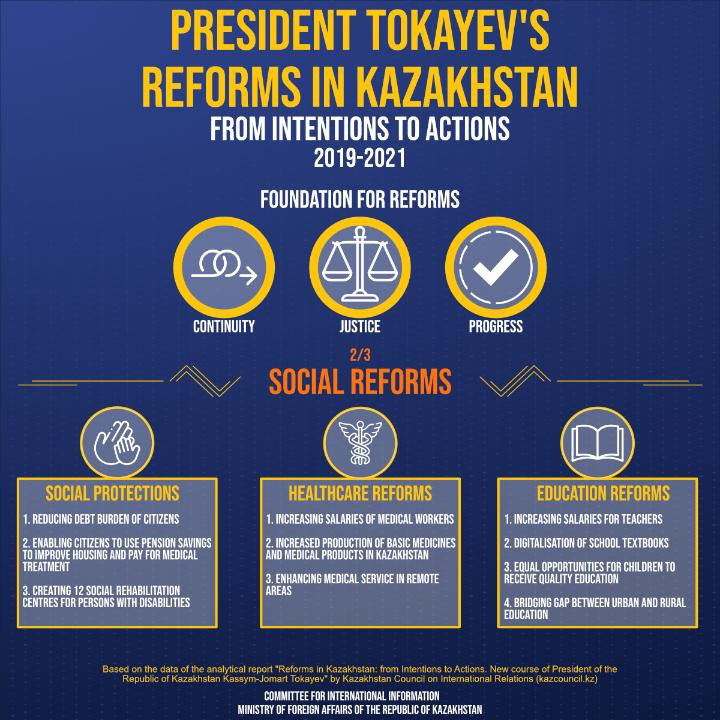 As a recognised locomotive of regional integration in Eurasia, the government of Kazakhstan has established certain centres to serve the foreign investor community with assistance in various aspects, such as networking, information, financial support, permits, and other areas. Investment opportunities are open in several segments, spanning mineral resources, healthcare, exports, education, technology, transportation and logistics, agribusiness, tourism, and many more.

To Kazakhstan, 2021 is hence a special year to mark. Upon the celebration of meaningful milestones, the country is undergoing a series of essential transformations to prepare for a brighter future – with abundant resources, solid stability, endless efforts and diverse opportunities that the country offers to the world.

Public health permanent secretary Kiatiphum Wongrajit predicted that the number of Covid-19 infections will not fall much due to eased restrictions on businesses and activities.

LONDON: British police on Tuesday said there was enough evidence to charge a third Russian man with the Novichok poisoning of former double agent Sergei Skripal and his daughter Yulia in the English city of Salisbury in 2018.