Charoen Pokphand Foods Public Company Limited (CP Foods) handed over survival bags to the governor of Khon Kaen to help flood victims in the province as part of its on-going "CPF Food From The Heart Against Floods” project.

The flood-aid efforts were made with the aim to help relieve hardships faced by flood victims, giving them moral support, and ensure they recover.

The donated supplies were handed over by CP Foods volunteers led by the company’s vice presidents, Banjong Somsanguan and DVM Kunnawutt Krualoy. “Khon Kaen was severely flooded,” the Khon Kaen governor said. “In some areas, the flood level was 1-2 metres high, seriously affecting the wellbeing of locals. Some of the villagers' farmland was damaged. Although the situation is improving, there are still some vulnerable areas that need helping hands and access to food and drinking water and other essential supplies. CP Foods’ volunteers came to support those impacted with survival bags and fresh food and drinking water. I would like to thank the company for being by our side in this crisis.” 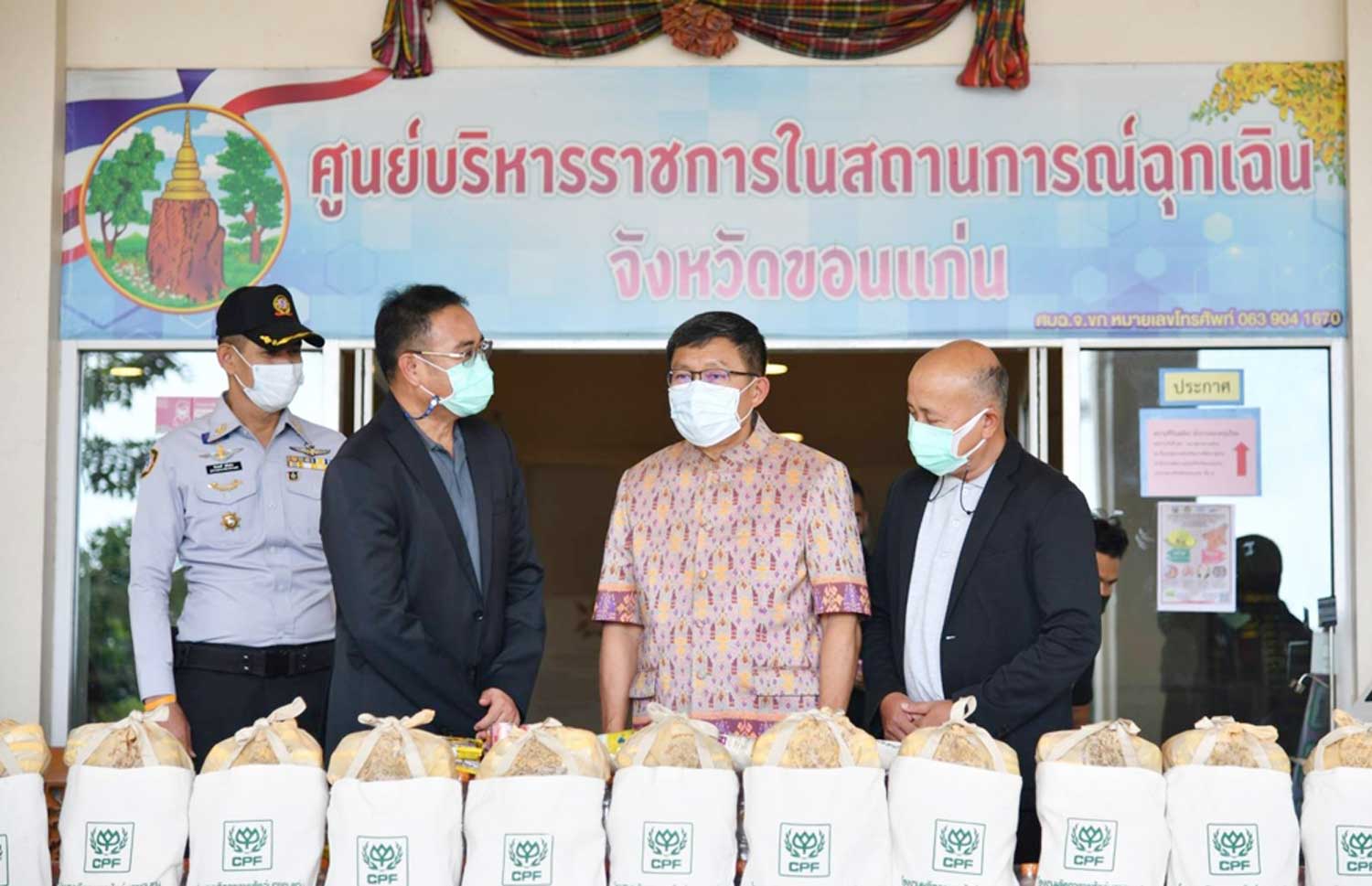