The only company awarded the Siam Coat of Arms for its service to the country during the reigns of King Rama V, Rama VI, and Rama VII

"With compassion, business can exist in harmony with nature and community." — Harald Link, Chairman of B.Grimm

Established in the reign of King Rama V, B.Grimm today is Thailand's oldest company with a long and distinguished history of "doing business with compassion". From its beginning in 1878, B.Grimm was based on creating value for society — starting with the opening of Siam Dispensary to provide modern Western medicines to Siamese people, and later the Royal Court. It also created a significant infrastructure in 1888 with the building of 1,500-km long Rangsit canal, Southeast Asia's largest irrigation system at the time, and much more.

B.Grimm created a sustainable business through the stewardship attitudes of its founders — German pharmacist Bernhard Grimm and his partner, who were later joined by a young pharmacist named Adolf Link. Later, Adolf took the helm and built the company's reputation by providing high-quality products and services, as well as always caring for the well-being of society at large.

Adolf passed the business on to his two sons, Herbert and Gerhard. Herbert ran the business in Thailand while Gerhard handled the European side of the operations. The two brothers helped expand B.Grimm into a well-known and highly-respectable brand. 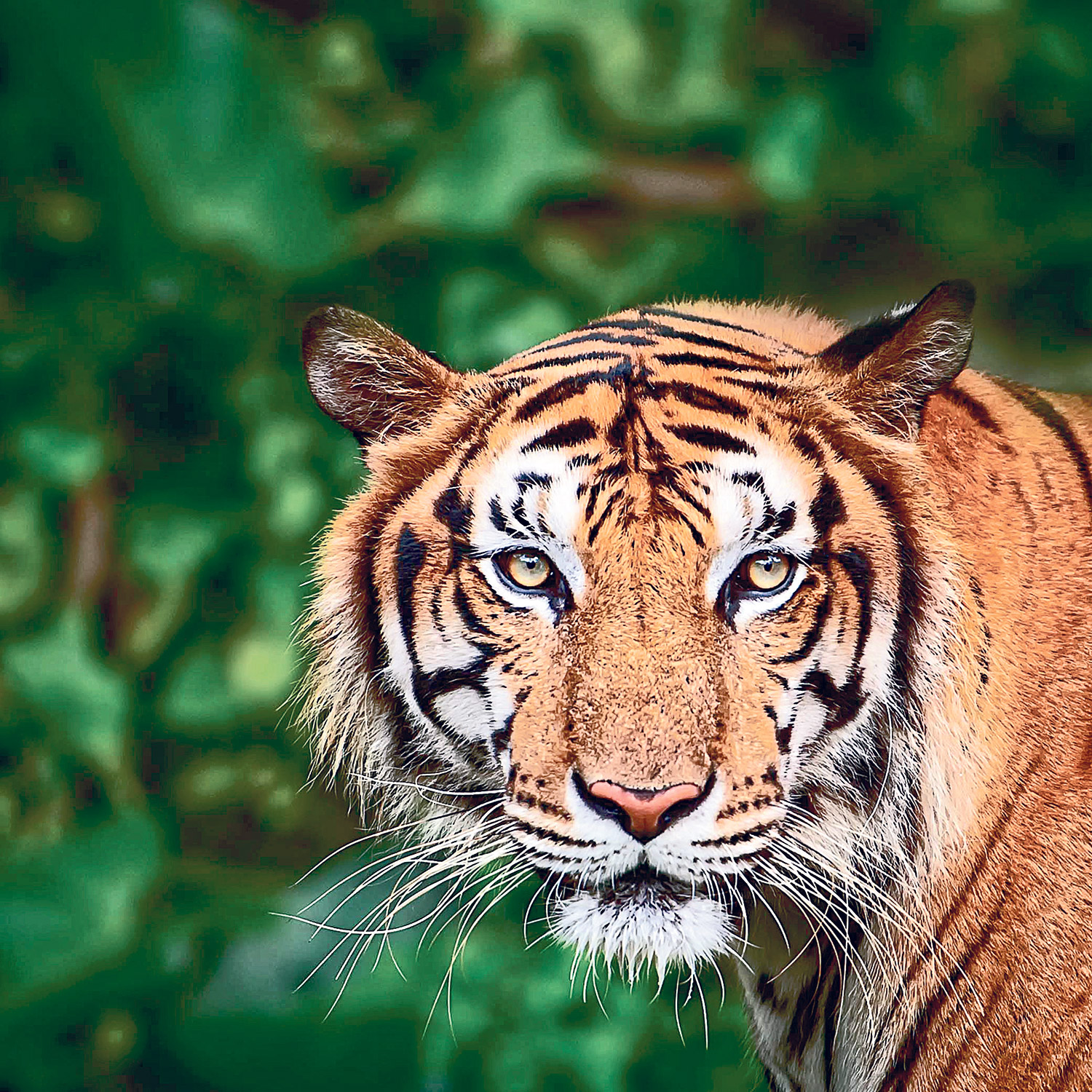 In 1978, Gerhard's son, Harald Link who graduated from St. Gallen University in Switzerland, joined the business in Thailand as Managing Partner, and took over the company as its chairman 10 years later.

With his vision and business acumen, Harald ventured into the energy sector in the 1990s with its investment arm, B.Grimm Power, and became its first President. With his energy business steadily growing, Harald set his sights on expanding it further into the Asian region. He then passed on his presidency title to his right-hand man, Pote Chinpipat, and moved on to his next mission.

In 2017, Harald led B.Grimm Power to be listed on The Stock Exchange of Thailand, driving the company's growth to another high level. When it became opportune for the company to restructure in preparation for expansion, he resumed the presidency again in 2020 and spearheaded B.Grimm Power to assume a global presence.

Harald has been at the helm of the company for over 30 years. Under his leadership, B.Grimm has become a multinational conglomerate with businesses across energy, building and industrial systems, healthcare, transportation, lifestyle, real estate, digital and capital partners. He also took B.Grimm to form joint ventures with world leading corporations such as Siemens, Zeiss, Merck, Getinge, Carrier, Hamon, KSB, Sumitomo Corp, Babcock and a great number of Asian companies such as Amata Corporation, Bangkadi, CP Group, Sena Development and WHA Corp.

Today, B.Grimm Power, with Harald as Chairman and President, is working to be a leading global energy company and has set an important long-term goal to become a net-zero carbon emissions organisation by 2050. That goal is in line with B.Grimm Power's vision of "Empowering the World Compassionately" based on the principles of generosity in business to create value for society while growing alongside Thailand.

BUSINESS MUST PROSPER TOGETHER WITH SOCIETY

As all his forefathers, Harald continues to adhere to the belief that business must prosper together with the society that it operates. A good example is the B.Grimm Boworn Smart Village Project, a model village of sustainable development, covering a village, school and temple in Aranyaprathet, Sa Kaeo province. The project applies the sufficiency economy approach with the participation of the local people. 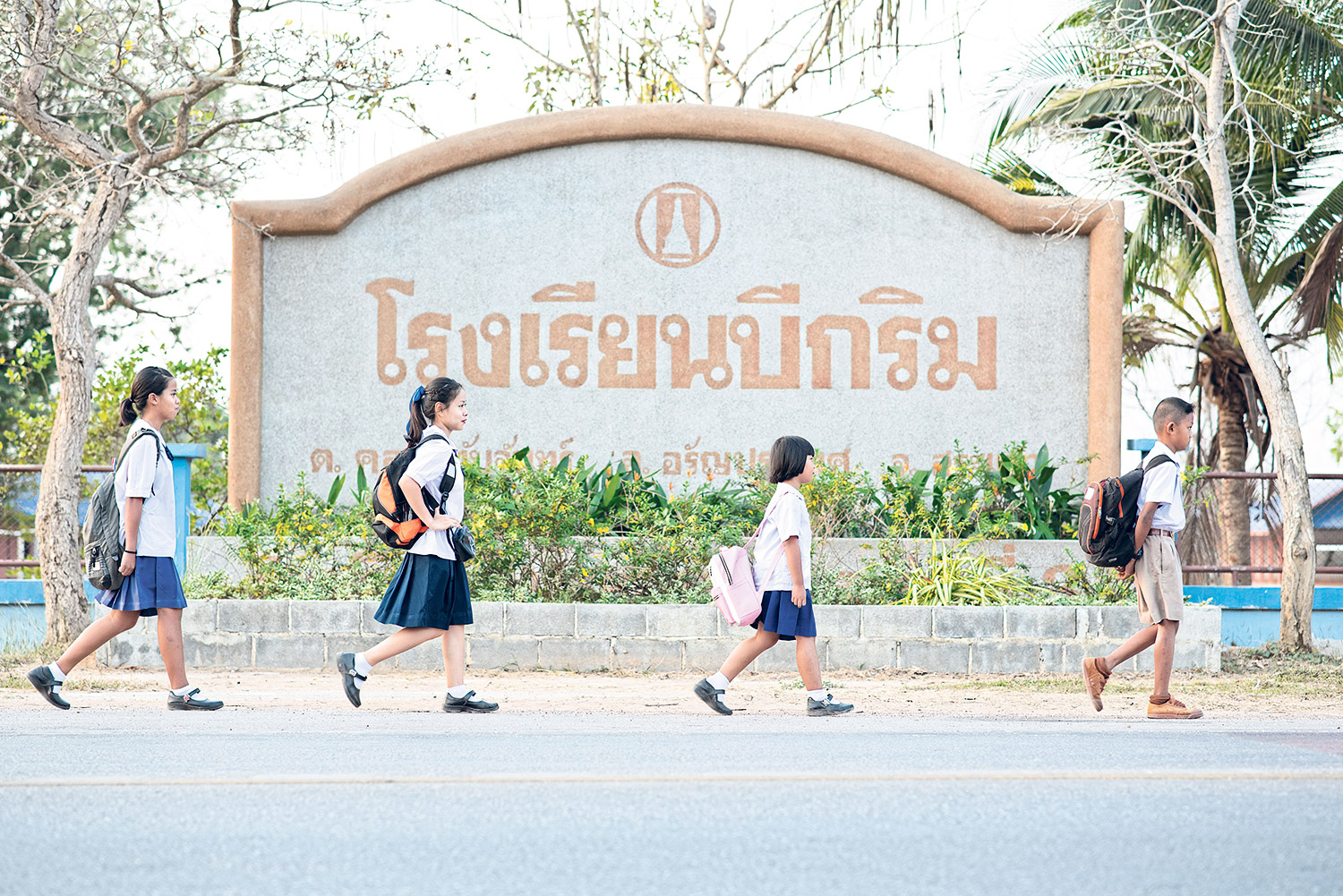 B.Grimm School was founded by the Princess Mother of HM King Bhumibol Adulyadej The Great in Aranyaprathet District. 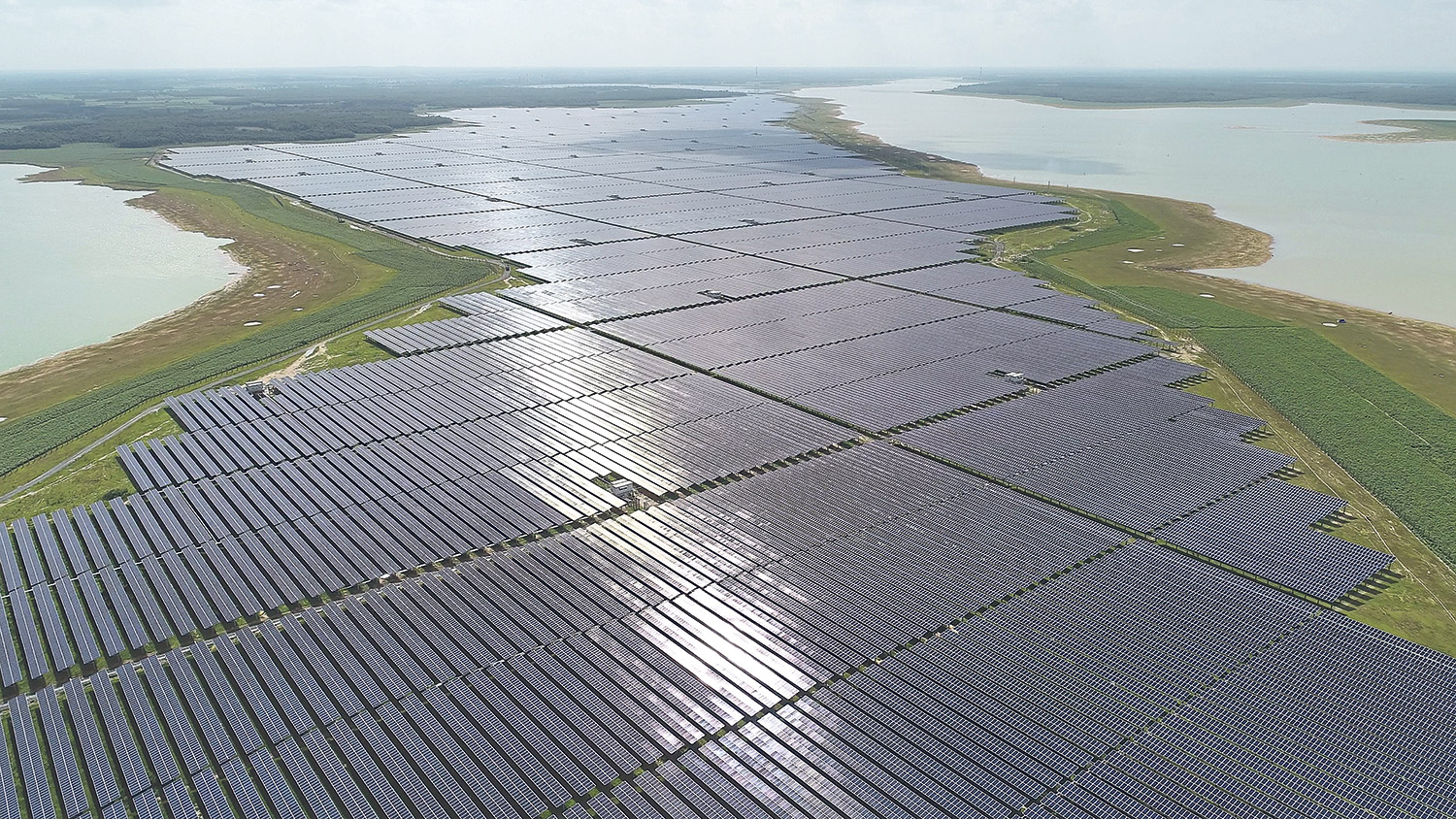 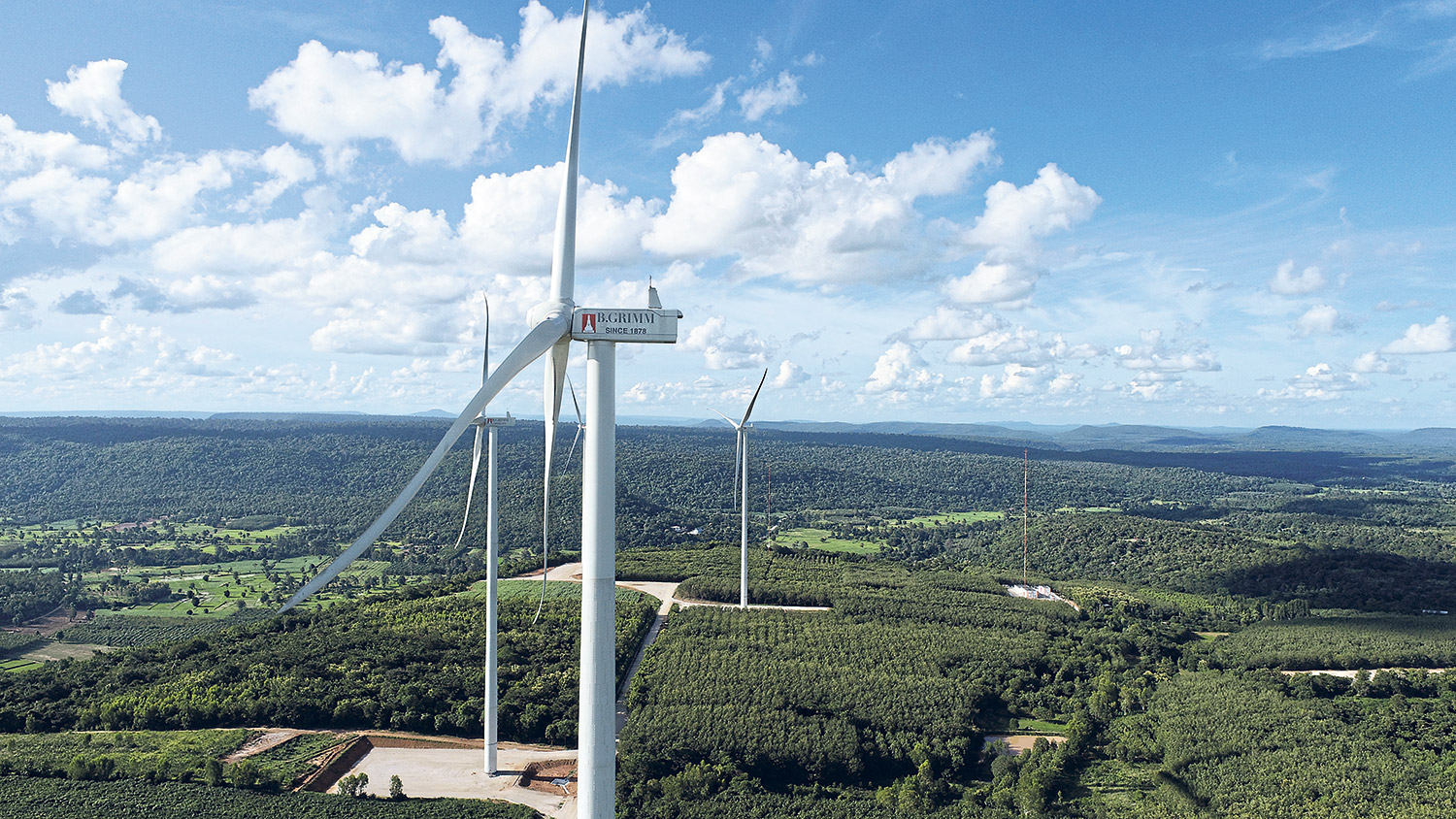 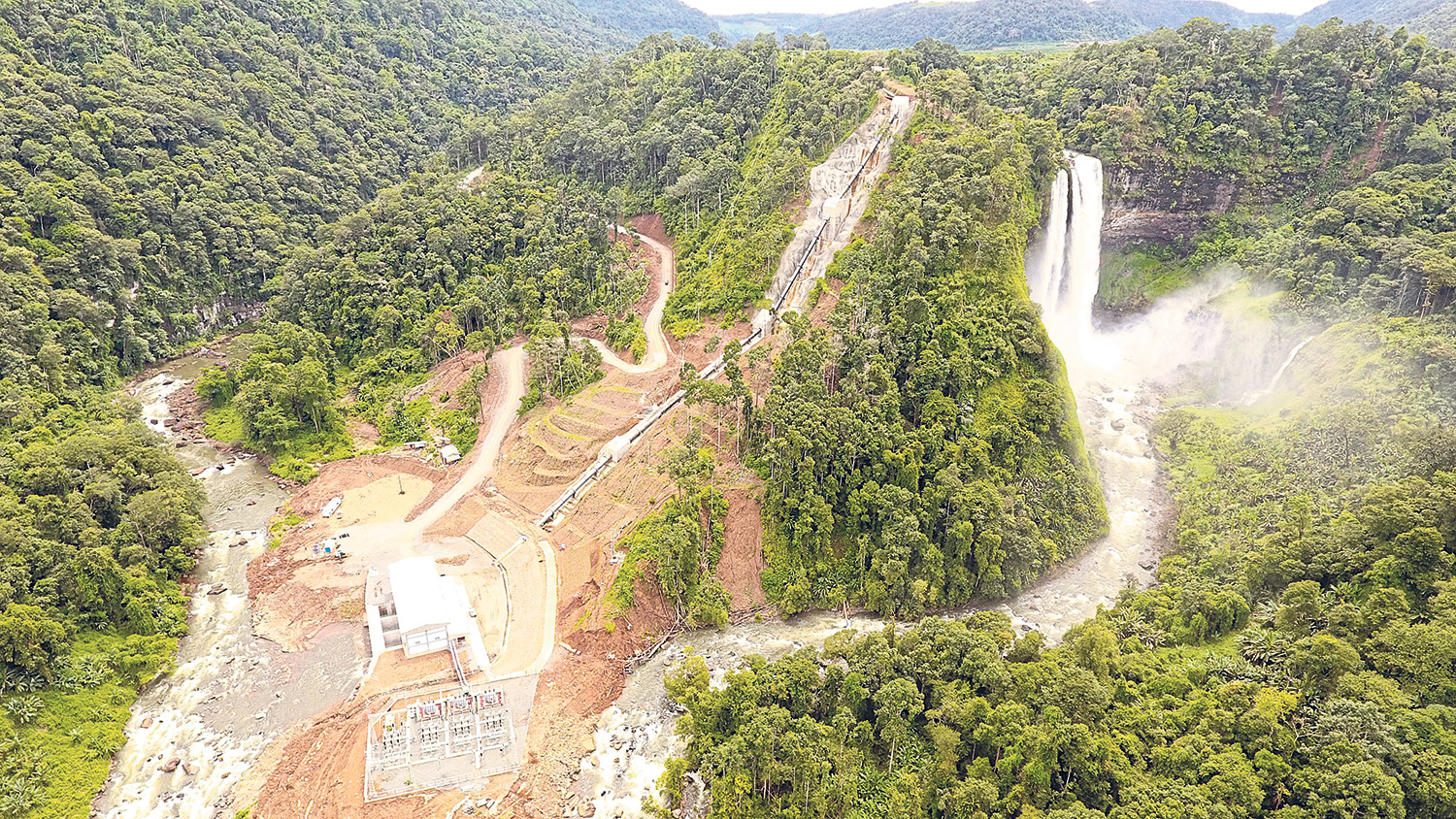 Education is always at the forefront of Harald's agenda, and in his capacity as chairman of the Princess Mother's Charities Fund of Thailand, he provides nursing scholarships to nursing colleges throughout the country. Vocational education is supported in the Chitralada Vocational School as well as in B.Grimm's factories and power plants by way of the dual vocational system. Harald has also ensured that B.Grimm continues to support the Little Scientists' House of Thailand, one of the most successful education projects under the auspices of HRH Princess Maha Chakri Sirindhorn Foundation.

"The project is based on the curriculum developed by the Haus der kleinen Forscher Foundation, Germany, which aims to instil a love of science learning in pre-school children aged three-to-six years old," explains Harald. "Since the project launched in 2010, it has taught in more than 22,000 kindergarten schools throughout Thailand."

The natural environment is equally important as the social environment. Apart from its reforestation projects, under Harald B.Grimm plays a leading role in supporting WWF-Thailand's ambitious "Save the Tigers" conservation programme. Harald firmly believes that Thailand still has a chance to save its majestic tigers. He also believes that, with compassion, businesses can exist in harmony with nature and the community.

"Tigers are at the top of the food chain — one of the top predators that maintain the balance of the ecosystem," Harald reflects. "When the top species are endangered, the ecosystem in which they live is endangered as well. There are only approximately 150 tigers remaining in the wild in Thailand, so strong actions are needed to increase the population." 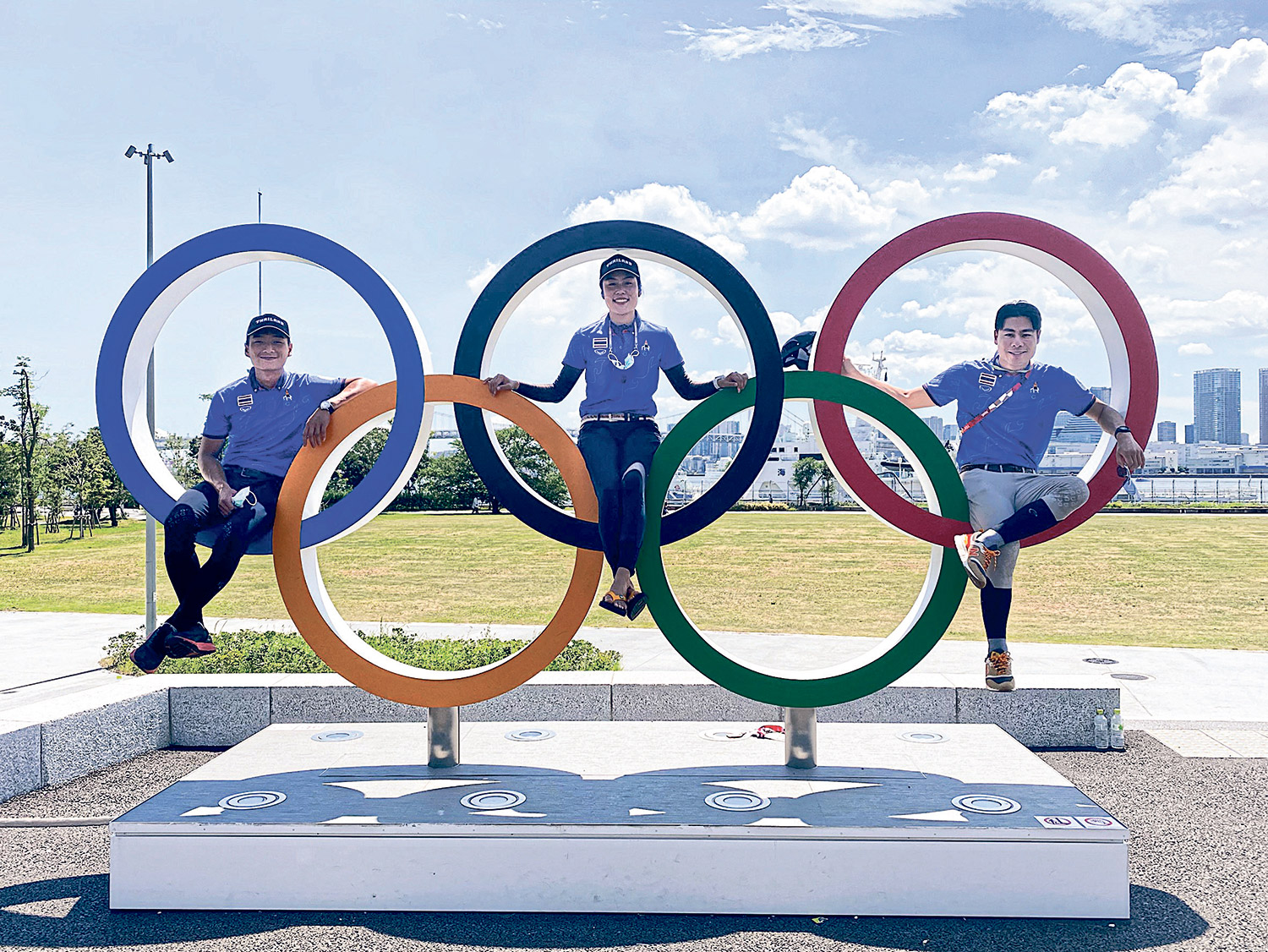 Harald Link, as President of the Thailand Equestrian Federation, has raised the standards of the sport in the region. Thailand made history by sending the national equestrian team to compete in the Tokyo Olympics 2020.

Arts and culture are also areas of interest for the company. B.Grimm is one of the major supporters of the Royal Bangkok Symphony Orchestra (RBSO) under the Royal Patronage of HRH Princess Sirivannavari Nariratana Rajakanya. Presently, Harald serves as the Chairman of the RBSO Foundation. He leads the foundation through its fourth decade with the mission to cultivate classical music for the younger generation, and to make classical music accessible to all by empowering music education through the Royal Bangkok Symphony Music School (RBSS). He also supports the Bangkok City Ballet to promote theatrical dance in Thailand.

"Music is a universal language we all understand," he notes. "Today, RBSO is one of the best orchestras in Southeast Asia and the orchestra provides a musical career to several outstanding musicians in the country."

Similarly, Harald is not only a keen equestrian personally but also supports polo and equestrian sports in Thailand, elevating Thailand's talents to world-class levels. In his role as the chairman of the Thailand Equestrian Federation, Harald gives full financial support to the Thailand National Team riders. His proudest achievement came when the Thai Polo & Equestrian Club was selected by the International Federation for Equestrian Sports (FEI) to host the FEI Asian Championships, the first of its kind to take place in Asia, during 1-8 December 2019. Through his initiative, Thailand became the first country in Asia to host the Asian Championship. In 2021, Thailand made history by sending its first national equestrian team to the Tokyo Olympics.

There is no doubt that Dr Harald Link embodies B.Grimm's mission statement: "We remain committed to good governance and business responsibility for the economy, society, and the environment."

B.Grimm to become a net-zero carbon emissions organisation by 2050 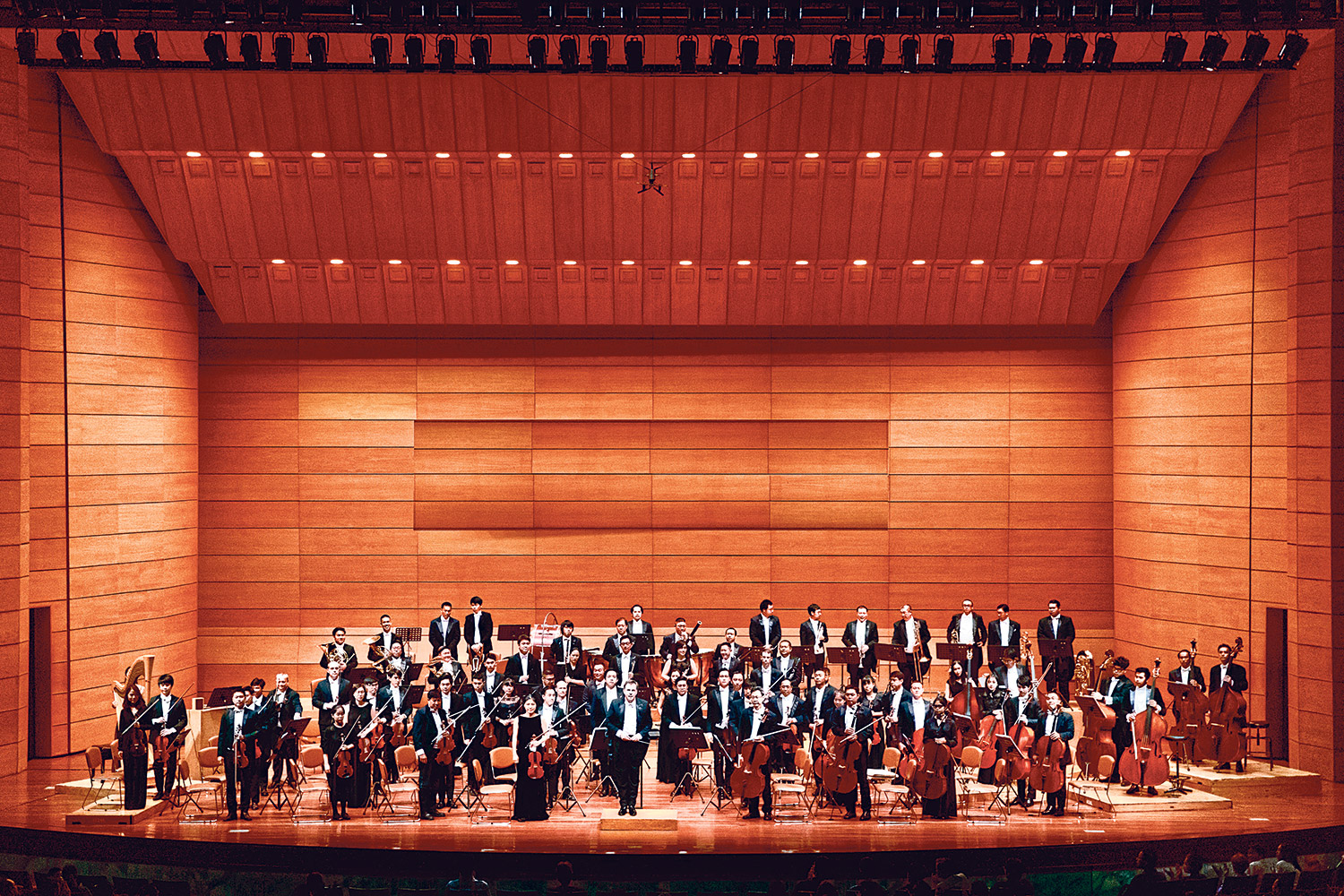