Mission accomplished! The Conversion of Overhead Power Cables to Underground Cables Project in Nontri is now in the final stage of getting rid of the old poles and cables 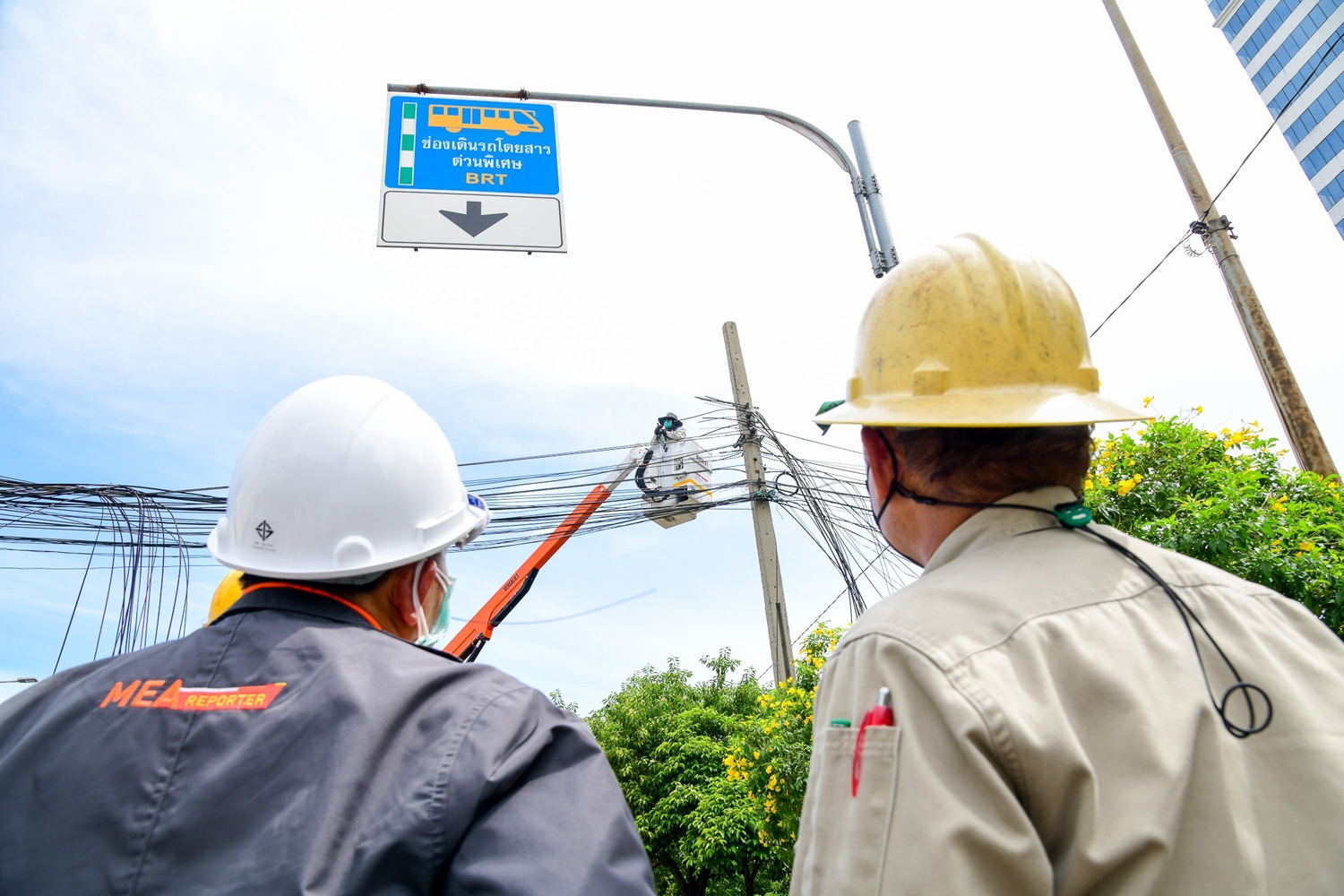 The cable dismantling along Naradhiwas Rajanagarindra Road began on 5 May 2022, following completion of pipeline construction for underground cabling and agreement on cable installation services. The old cables are now being removed and the underground system is taking over, leaving only demolishing of the old poles and cables to complete the project. The conversion to underground cabling aims to build stability and reliability in the electricity system while supporting rising electricity demand from business and private sectors. The project also helps promote Bangkok’s Smart City scenario and increases safety for residents. 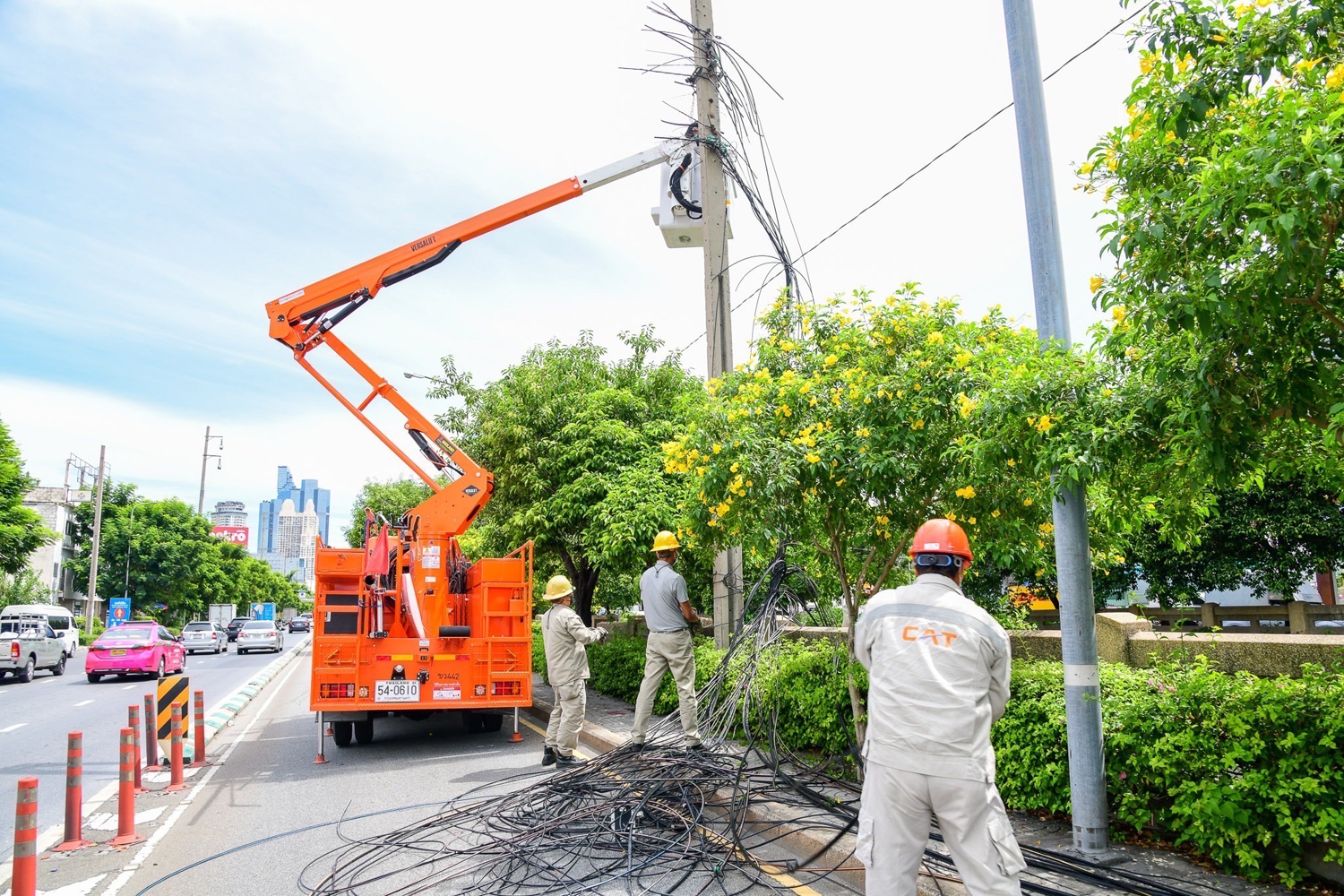 Ongoing works stretching 153.6 kilometres include Rama III Project, Ratchadapisek Project, and the ASEAN Metropolitan Project being undertaken alongside BTS skytrain extension lines. Construction is planned to mitigate inconvenience to businesses and residents in the affected areas.