H.E. Dr. Chalermchai Sri-on, Minister of Agriculture and Cooperatives presided over the opening ceremony of the Thailand National Day and Thailand Week event at the International Horticultural Expo (EXPO 2022 Floriade Almere) in Almere, 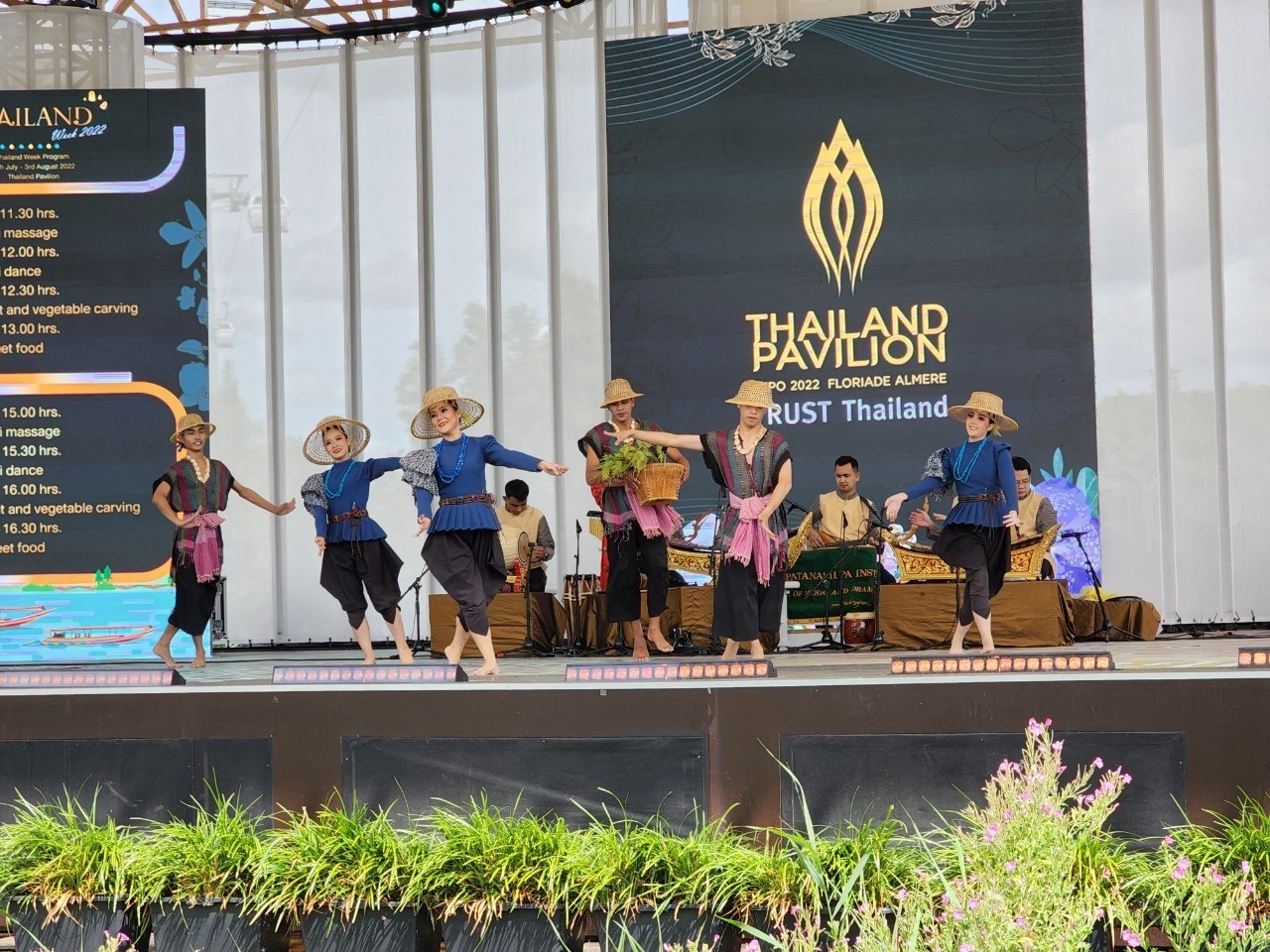 Mr. Kemkaeng Yutidhammadamrong, Director-General of the Department of Agricultural Extension, explained that the Thailand National Day event was held in the morning on 28 July 2022 at the Main Stage of the International Horticultural Expo (Expo 2022 Floriade Almere). The opening ceremony was presided over by H.E. Dr. Chalermchai Sri-on, Minister of Agriculture and Cooperatives, along with executives from the Ministry of Agriculture and Cooperatives and representatives of relevant agencies. The event was honourably joined by the Mayor of Almere and the welcoming speech was delivered by the Commissioner General of EXPO 2022 Floriade Almere, followed by a Thai Flag raising ceremony and Thai cultural performances. H.E. Dr. Chalermchai and the executive teams also visited the National Pavilion and Organisations of other participating countries. On this auspicious occasion, H.E. Dr. Chalermchai Sri-on, Minister of Agriculture and Cooperatives Represented Thailand, invited interested individuals, both Thais and foreigners to attend the International Horticultural Exhibition 2026, which will be hosted by Thailand between November 2026 – March 2027 in Udon Thani Province. 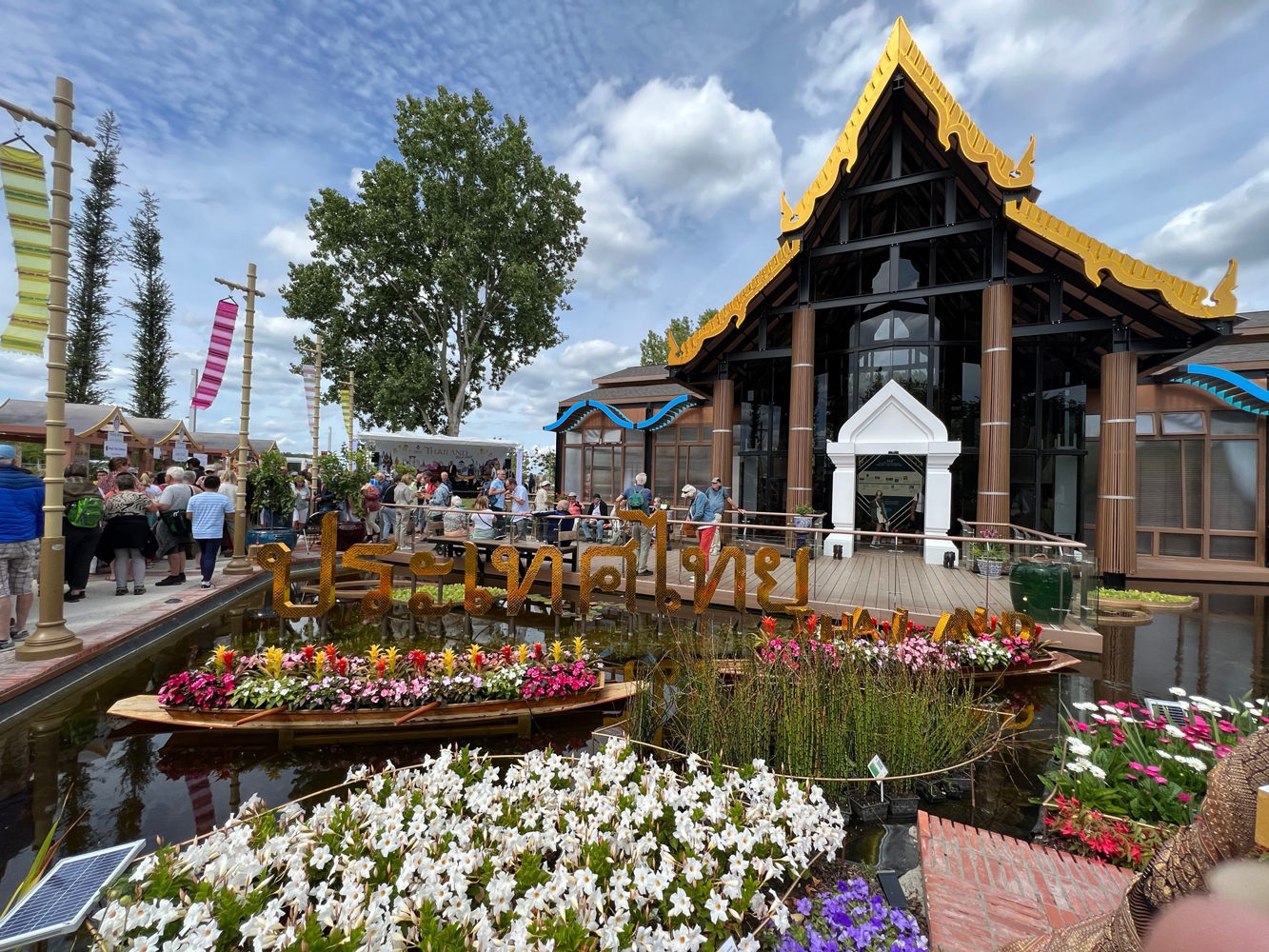 The Director-General of the Department of Agricultural Extension also mentioned that H.E. Dr. Chalermchai Sri-on, Minister of Agriculture and Cooperatives presided over the opening ceremony of the commemoration exhibition to celebrate the auspicious occasion of His Majesty the King of Thailand’s Birthday Anniversary on 28 July 2022, in the afternoon at the Thailand Pavilion, followed by the candle-lighting ceremony in honour of His Majesty the King. The celebratory ceremony was participated by executives from the Ministry of Agriculture and Cooperatives, guests of honour, representatives from various countries and organisations and the Thai community in the Netherlands. Throughout the day, a variety of activities were arranged, including a demonstration of Thai massage, fruit and vegetable carving,  Thai cooking, Street Food Show, Thai dancing performances, and a show of international music and Royal Music Compositions. 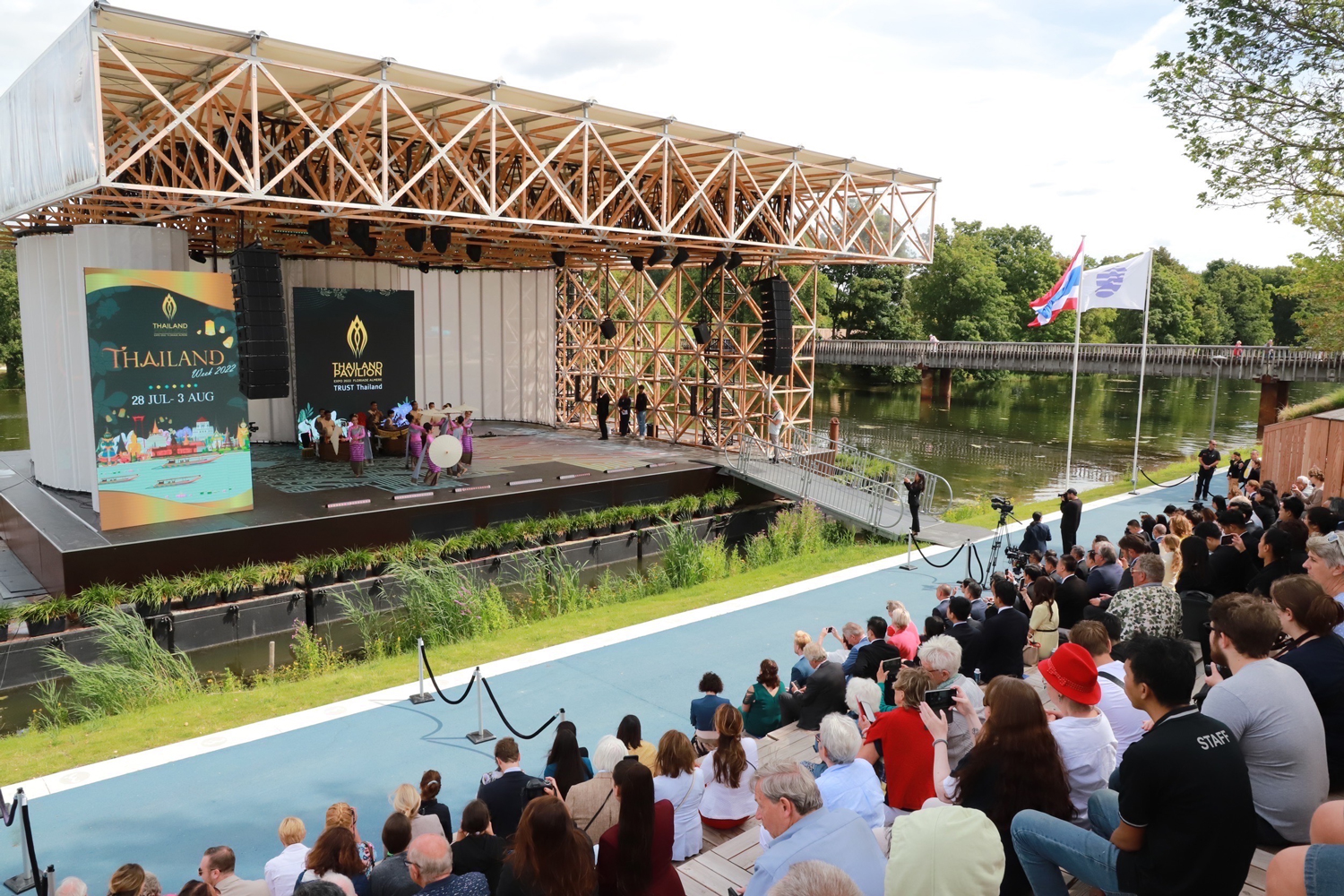 In addition, a rotating exhibition entitled “New Selection for Good Health” with a focus on Thai vegetables was arranged during 28 July – 3 August 2022 at the Thailand Pavilion. One of the highlights of the exhibition was Tom Yum Goong, a unique dish of Thailand, consisting of several Thai vegetables as the main ingredient, including galangal, lemongrass, kaffir lime leaves, chili, shallots, limes, celery, coriander and straw mushrooms. Since Future Food has become popular among health-conscious European people, another highlight involved the plant-based meat using Thai split gill mushrooms as a meat substitute. Split gill mushrooms are highly nutritious mushrooms with antioxidant properties and can inhibit the growth of cancer cells.

Thailand joined the EXPO Floriade Almere for the 4th time, which was not only a great opportunity to celebrate the 418th anniversary of strong diplomatic relations between Thailand and the Netherlands, but also offered an important opportunity to present multifaceted aspects of Thailand under the theme of TRUST Thailand  and the 3S concept (Safety Security and Sustainability) to the world community, including innovation in agriculture and food, tourism, culture and Thai traditions. Moreover, the BCG economic model and the concept of smart city were also exhibited through the Bangkok Green Project with the cooperation of various Thai and international agencies. All interested persons can visit the exhibition and explore the beauty of Thai arts and culture at the Thailand Pavilion, which had attracted 166,395 visitors as of 22 July 2022, or can visit the virtual exhibition via www.thailandfloriade2022.com