PTT Oil and Retail Public Company Limited (OR) serves as the title sponsor for MotoGP World Championship, or MotoGP 2022, hosted by Thailand under the program named "OR THAILAND GRAND PRIX 2022” for the 3rd consecutive year. The event will be held from September 30 – October 2, 2022, at Chang International Circuit, Buriram Province with the concept of “Thailand to the World: Grand Prix of the Thai MotoGP".

The championship will be stunning and leave a great memory for audiences around the world. MotoGP is considered the world's greatest and most popular flat-track motorcycle racing. It is broadcast live in more than 200 countries, to the eyes of over 800 million international viewers, impressing the on-site audiences, racers, support teams, journalists and motorsport fans from every corner of the world. 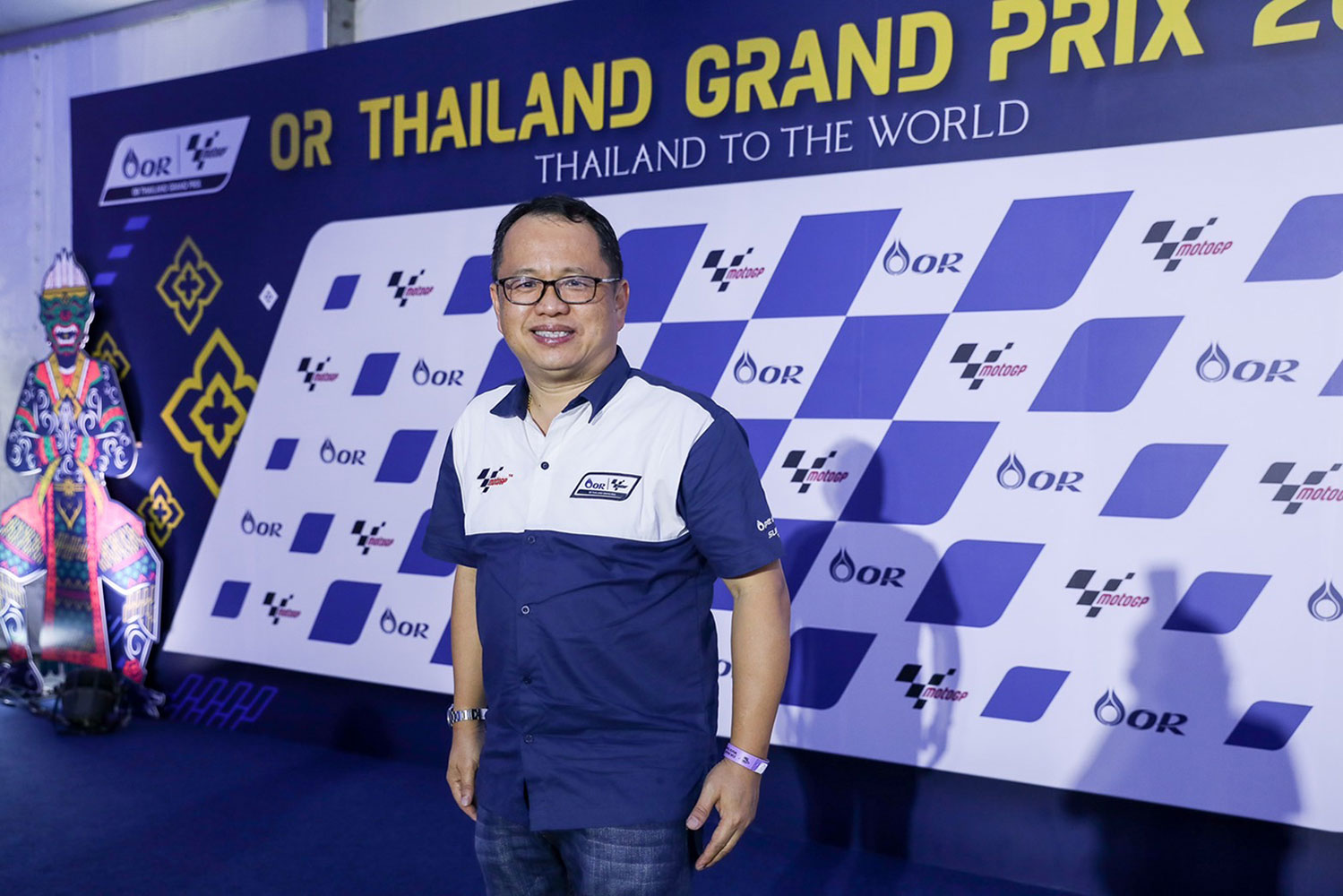 Mr. Suchat Ramarch, President, OR, discloses that, “OR has been the title sponsor for ‘OR Thailand Grand Prix 2022’ for three consecutive years and has actively promoted the Thai motorsport industry. In this time sponsorship for the world's most renowned flat-track motorcycle race MotoGP, OR wishes to be part in writing another chapter of sports history for all Thais and help recover the vibrancy of Thai motorsports. The event caters a platform for Thai racers to enhance their competitiveness in preparation for the world stage and to broaden the opportunity for the Thai audience to experience the race at the front row as well as strengthening OR’s brand awareness and introducing its products to the global arena. Moreover, MotoGP is another way to promote sports tourism in Thailand, boosting the economy, especially in terms of tourism, and helping bring Thai culture to the eyes of audiences around the globe. Last but not least, this event will surely be a source of pride for all Thais as the country plays the role of competitive host for a world-class motorsport championship.

This year, OR presents Thainess using the character of "Hanuman" as a symbol of being proud to be Thai and to reflect a modern look to be witnessed by both locals and the world, reflecting the concept of the event, “Thailand to the World: Grand Prix of the Thai MotoGP”. Within the event, OR has prepared many special activities and privileges for motorsport fans, including OR Pavilion which engages visitors to experience the fun to the full, and MotoGP Limited Edition merchandise – "OR Thailand Grand Prix 2022". Blue Card members can show your card to enjoy membership privileges.

Not a member yet? Apply now to benefit more. Explore through OR Pavilion PTT Station Booths and EV Station PluZ Booths, PTT Lubricants selling at special prices. Moto GP 2022 merchandise. Food and beverages to freshen up, along with authentic flavours of local cuisine such as Pad Thai Volcano by the famous Thai-style noodle shop in Buriram. 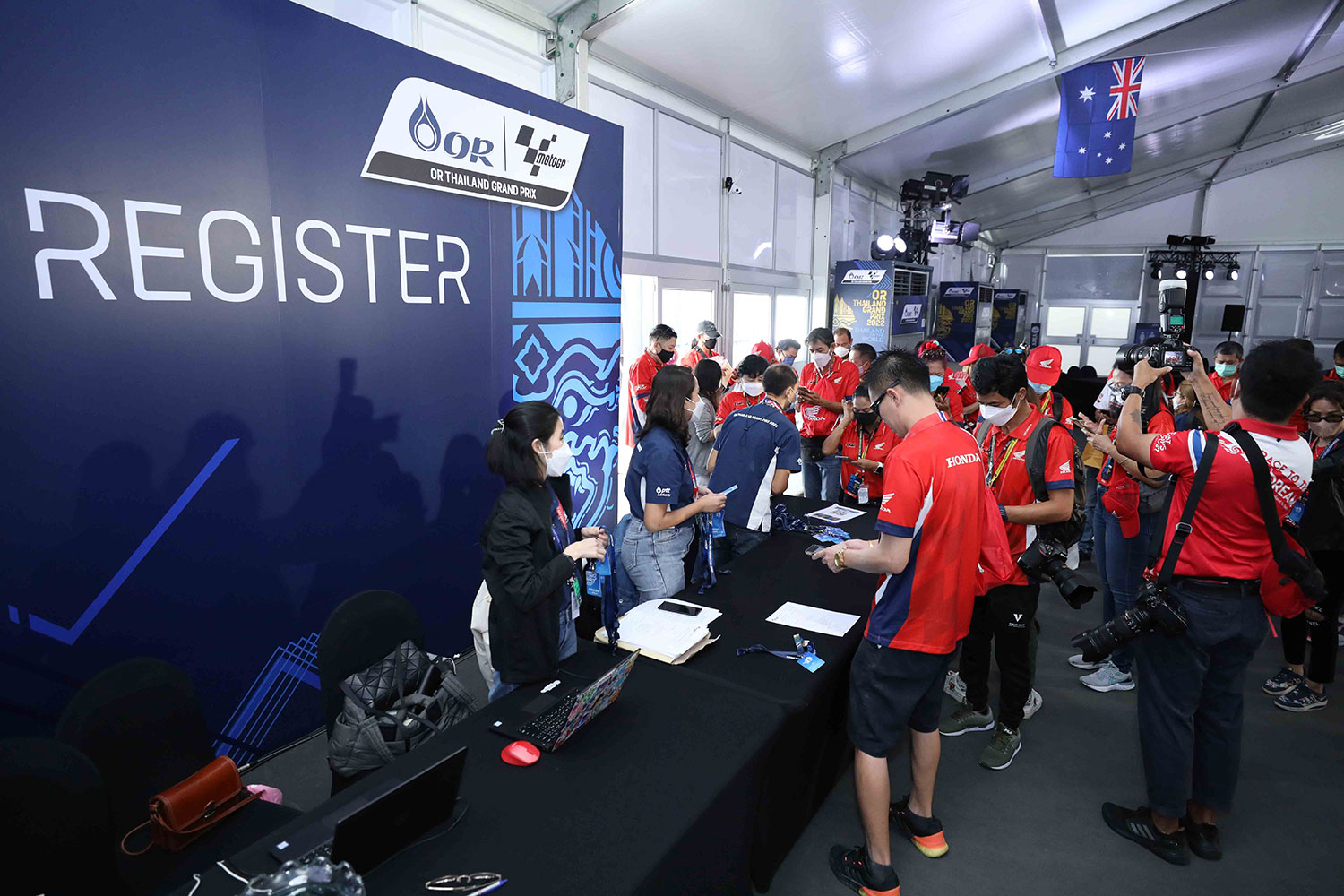 Special for this year! OR will showcase EV Bike Zone with electric motorcycles for your test drive.

MotoGP is the world's No.1 flat-track motorcycle race that attracts motorsport fans around the world, including over 1 million in Thailand. Prominent international riders are attending this year, including Fabio Quartararo, Francesco Bagnaia, Aleix Espargaro and Marc Marquez and many more. Plus two Thai racers who already raced in Moto2, namely,  "Kong" Somkiat Chantra and Kemin Kubo.

Mr. Suchat concludes that, “OR expects that "OR Thailand Grand Prix 2022" championship will write a new chapter in Thailand’s world-class sports event history, unrivalled and bringing impressive experiences to all motorsport fans while also promoting the reputation of the country.”