Located in ICONLUXE, ICONSIAM, on the banks of the historic Chao Phraya River, the first restaurant in Thailand by the iconic mentor chef, Alain Ducasse celebrates its 3rd anniversary with a series of exclusive events.

The celebrations kicked off with the culinary legend Alain Ducasse attending the invites-only party on 23 November, which also brought Bangkok’s high society together for the glittering gala at the M Floor, ICONLUXE, ICONSIAM.

On 25 November, Blue hosted a special four-hand lunch and dinner that gave diners the rare opportunity to enjoy a six-course menu curated by Mentor Chef Alain Ducasse and his mentee Chef Wilfrid Hocquet. Both the lunch and dinner were priced at THB 15,000 ++ (food only), with special beverage pairings also available.

Ms Chadatip Chutrakul, Director of ICONSIAM Co., Ltd., and Chief Executive Officer of Siam Piwat Group, said, "Blue by Alain Ducasse is another milestone project that delivers the promises three partners have made to Thailand. ICONSIAM, Siam Piwat Group and Charoen Pokphand Foods Public Company Limited have aimed to do business with creativity to curate experiences beyond expectations and the first phenomenon in various dimensions for Thai people and people around the world. Since it opened, Blue has cemented Thailand’s spot as the world’s top gastronomic destination, winning numerous awards.”

“When Blue by Alain Ducasse opened in November 2019, it elevated Bangkok to the level of the world’s top-ranked cities as a dining destination offering unique Ducasse experiences much like Monte Carlo, Paris, London, New York, Tokyo and Singapore. It also showcased ICONSIAM’s core value of creating a synergy between the best of Thailand and the best of the world.”

“The presence of ‘Blue by Alain Ducasse’ helps support other sectors of the economy such as Bangkok’s many high-end hotels, by giving their guests a greater choice of premium dining experiences.  It also promotes the Chao Phraya River on the global stage as one of the world’s great new destinations by attracting more opinion-leading visitors to admire the beauty of the riverside.”

Speaking at the opening, Chef Ducasse said, “Blue by Alain Ducasse is unique to this city with a contemporary French menu I personally conceived. It is to be enjoyed in a magnificent setting with inspiring views over the Chao Phraya that, together, deliver an unforgettable experience.”

Chef Ducasse brought in one of his top mentees to shape his vision for Blue and make it a reality. With over 20 years in Michelin-starred restaurants, including a stint at one of the world’s greatest restaurants, the three-Michelin star Le Louis XV in the Hotel de Paris Monte-Carlo, Executive Chef Wilfrid Hocquet was the perfect fit and has proved it in his three years at the helm of Blue by Alain Ducasse.

Blue’s multi-sensory fine dining journey, complemented by warm, friendly service and an exceptional wine cellar, has won it several awards. In the first year of its operation, Blue was awarded one Michelin star in the fourth edition of the Michelin Guide Bangkok, Chiang Mao, Phuket & Phang-Nga 2021. The restaurant retained the star in the next edition. In addition, its striking interiors took the top spot in the Fine Dining category on the industry-leading design publication Interior Design’s ‘Best of the Year Award’ list. This year on 20 January, Blue received the prestigious ‘Le French Design 100’ from Emmanuel Macron, President of the Republic of France. The award is the only design prize in France that honours the international actions of its designers for their design projects around the world. The latest accolade for the restaurant was the No. 25 ranking on Asia’s 50 Best Restaurants 2022, sponsored by San Pellegrino & Aqua Panna. 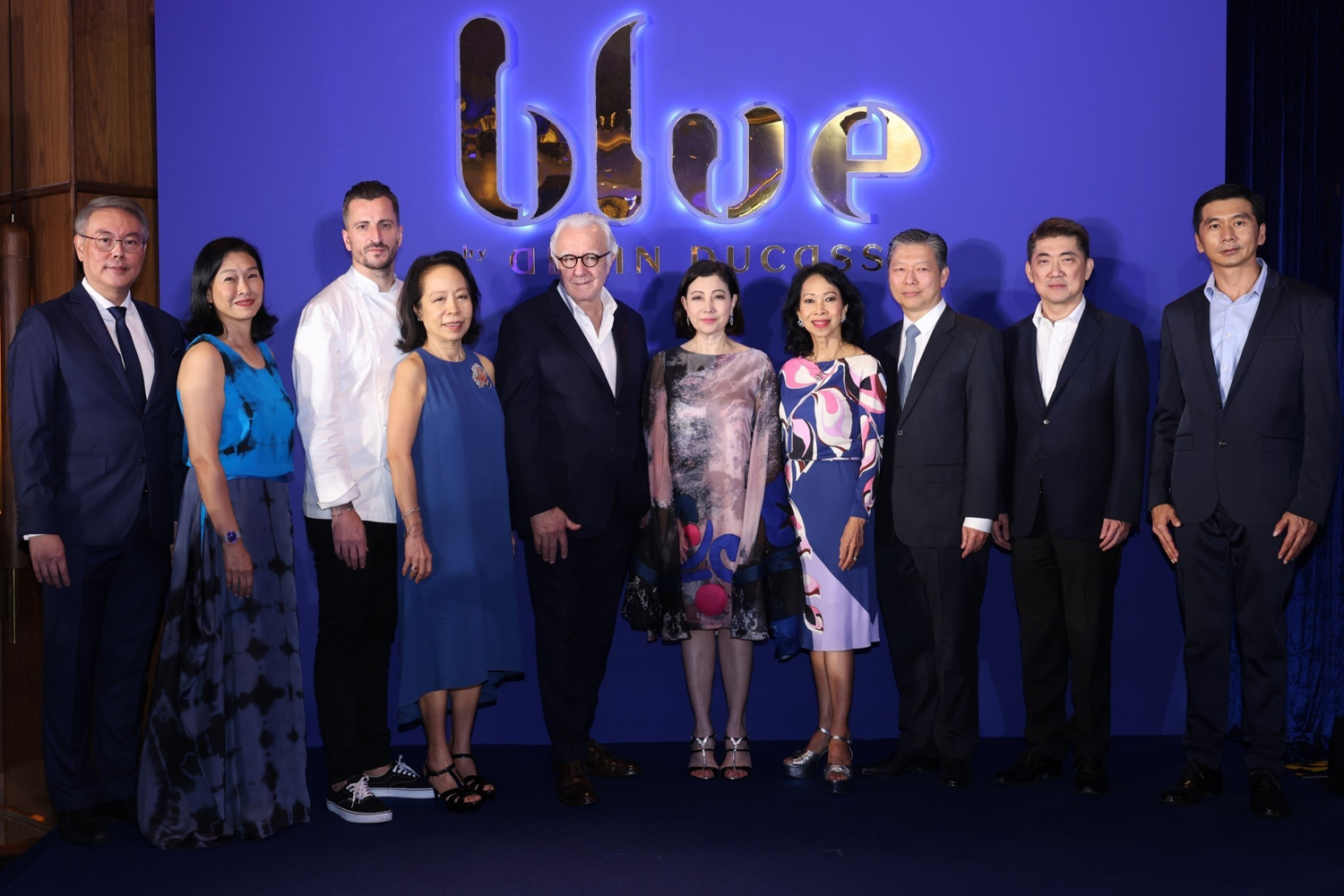 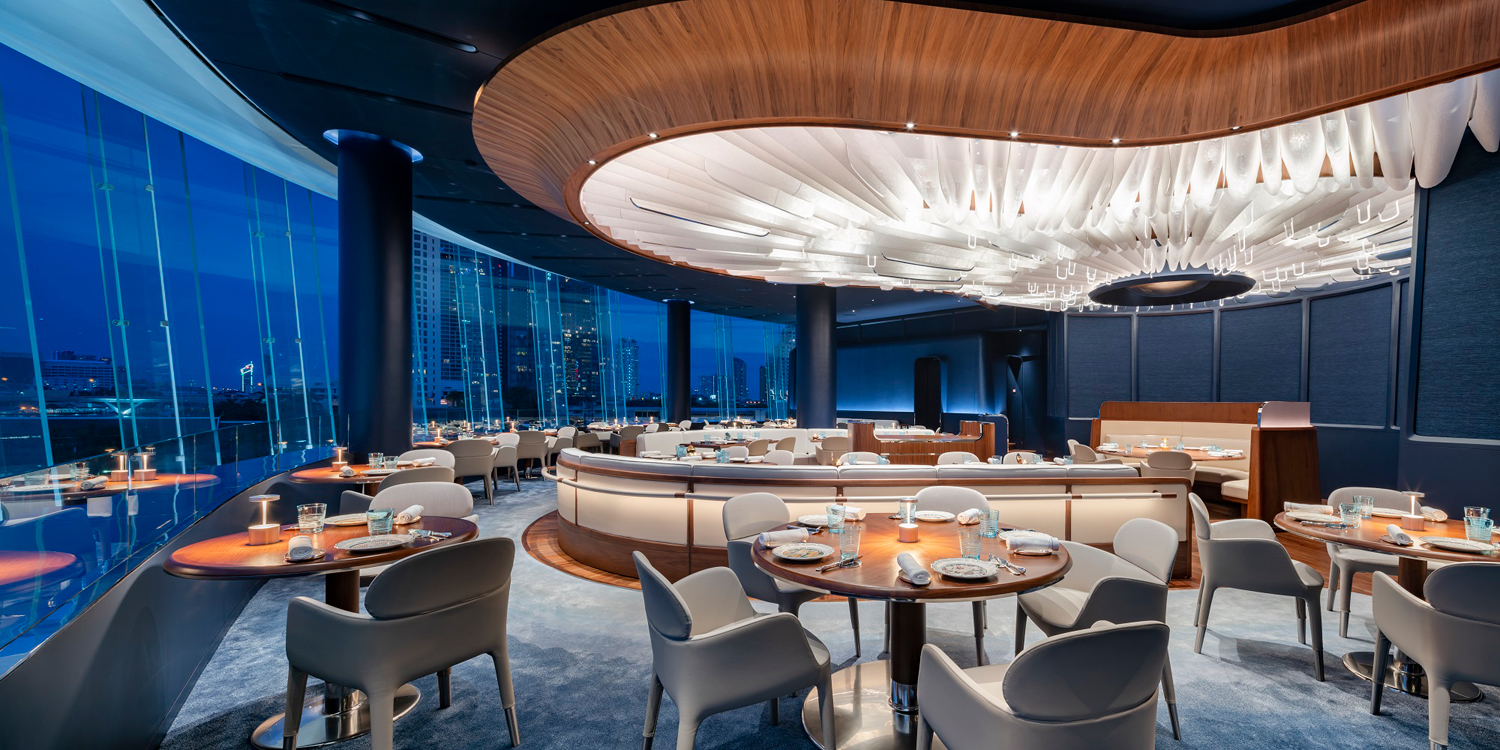