Amol Mody at Enlit Asia, which was recently held in Bangkok, Thailand

From Boston to Bangalore, to Bangkok and beyond, households and companies are currently paying record-high power charges due to diverse factors. These have ranged from surging global demand to energy disruption triggered by the conflict in Ukraine and post-lockdown supply issues.

In Thailand, families and business owners have had their energy budgets stretched further, following the Energy Regulatory Commission’s recent decision to increase the price of electricity by 18%.

Energy cost and production issues, and concerns around climate risks linked to traditional power generation processes, have led groups such as the ASEAN Centre for Energy to call for the energy transition to happen now. Thailand had earlier targeted renewables to supply 30% of its energy consumption by 2037, with a lead-up to carbon neutrality by 2050.

A new energy future for Thailand

The country is now fast-tracking its plans, with newly announced targets such as having 50% of its electricity produced by renewables by 2050. Thailand also aims to achieve carbon neutrality, and net-zero emissions, by 2050 and 2065, respectively.

The roadmap to meeting these targets should be structured around strategies and policies to optimise energy affordability, reliability, and sustainability for all communities throughout Thailand. Enabling a stable transformation is essential. In addition, the accelerated deployment of renewable energy and gas power offers a measured pathway to improving these outcomes today and creating a lower carbon environment in the long term.

That said, renewables and gas should be deployed in tandem (rather than one after the other) to achieve decarbonisation at the pace and scale needed to reach climate goals. Gas can serve as a “force multiplier” to provide constant baseload power as renewable energy projects are phased in during the transition period. Gas is also flexible, fast and reliable and generates close to half the carbon emissions of coal, according to research by the U.S. Energy Information Association. 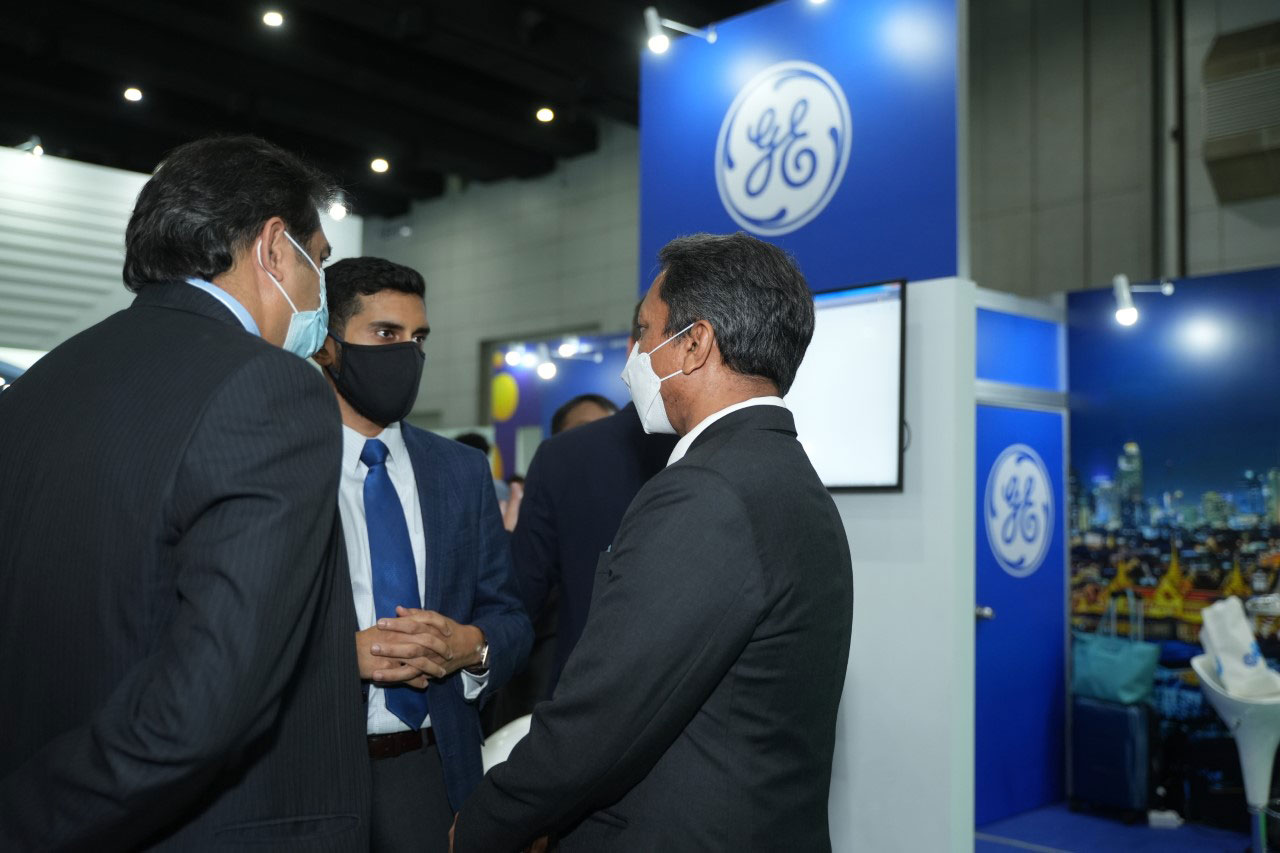 The time to act is now. According to research by the United Nations, on top of spiking power prices, the energy supply sector (electricity, heat and other energy) is now responsible for 35% of emissions today.

As energy security has an impact on everyone in society, a multi-stakeholder approach is recommended. This will require the commitment and collaboration of energy players, regulators, industry associations, relevant government agencies and academics coming together to set out a realistic path to net zero.

More importantly, governments must lead, but should also coordinate with and support the private sector to provide innovative solutions that will help fast-track Thailand’s energy transition. One case in point that public and private sectors are better together, is the Bang Pakong Power Plant project.

In close collaboration with the Electricity Generating Authority of Thailand (EGAT), the power generation complex was refreshed to replace less efficient and older plants with new gas-fired and highly efficient combined-cycle blocks. The result is improved plant efficiency and reliability, reduced carbon emissions, and lowered electricity costs — all in alignment with Thailand’s renewable energy priorities for the future.

Should Bang Pakong Power Plant choose to step up to hydrogen in the near future, the combined-cycle gas turbines have the capability to burn up to 50% by volume of hydrogen when blended with natural gas.

This brings us to another important priority for Thailand — avoiding an overreliance on one or two fuel types. A more diverse energy mix will help enhance the country's energy security. This can be facilitated by innovative technologies, including gas turbines that are retrofitted to run on alternative fuels such as hydrogen. If utilised in conjunction with carbon capture, utilisation and storage solutions (that capture and recycle CO₂ emitted by industrial activities), this can be a powerful combination to speed up Thailand’s energy modernisation.

Hydrogen’s ability to decarbonise major sectors such as power, heat generation and transportation is generating a lot of buzz in the media today. Abundant, clean and flexible, the fuel can be produced in several ways. This includes splitting water into hydrogen and oxygen – using renewable resources – to produce green hydrogen.

While economies like Japan, South Korea and Australia are leading in the low carbon hydrogen space today, other countries are catching up. China, for one, aims to retrofit its coal-based utilities to shift from coal to hydrogen for power generation, and double its hydrogen-based generation capacity by 2060. Singapore, another example, is planning to build a new "hydrogen-ready" power plant by 2026.

Existing machinery can be upgraded to ensure hydrogen-compatibility. This allows power producers to repurpose and update their current technologies to scale up use of the fuel across the energy sector. Achieving the hydrogen vision would significantly accelerate Thailand's race towards net-zero. 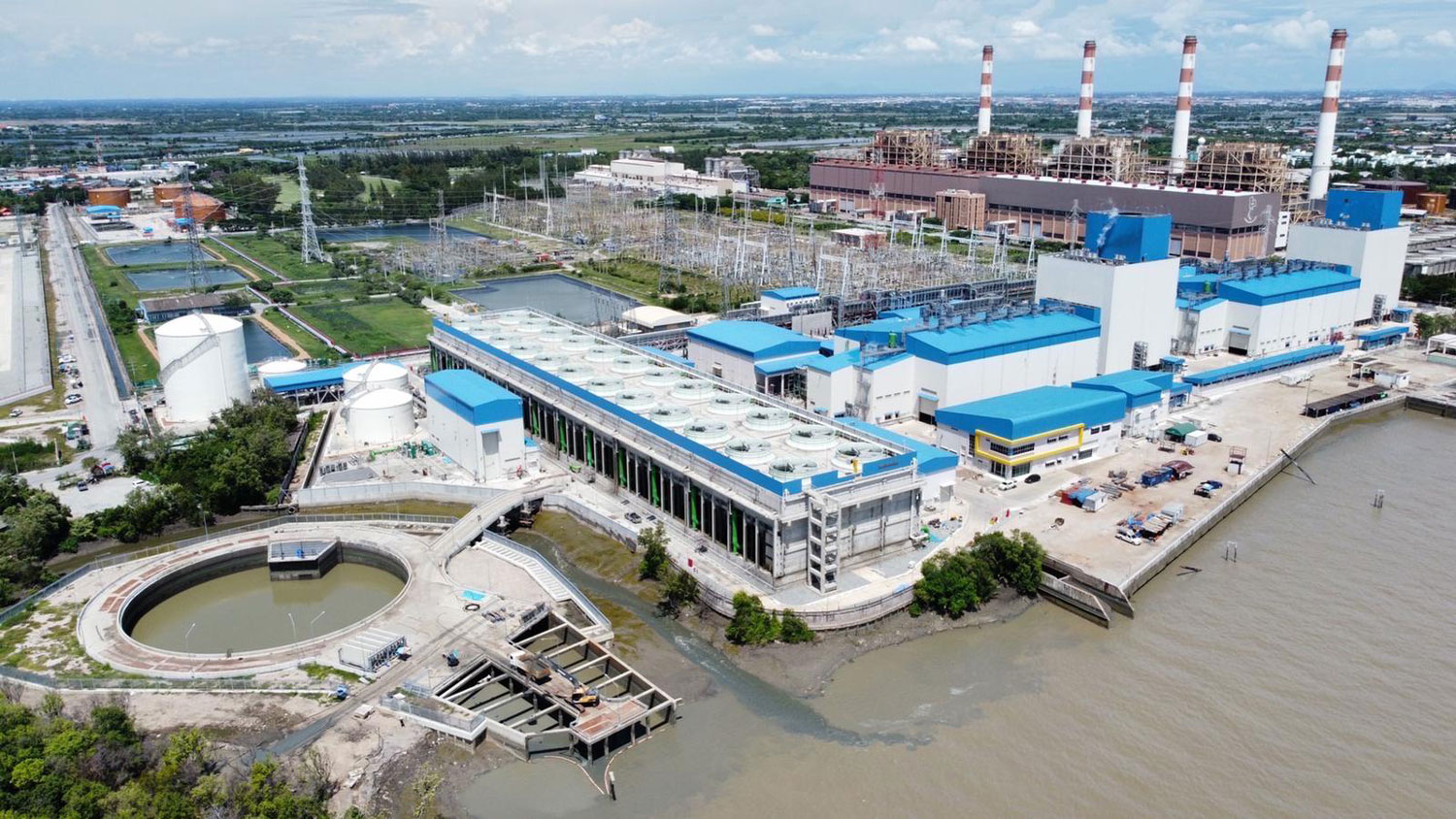 Sustained change should also be supported by a progressive, innovation-led energy ecosystem. Thai energy players have a long history of embracing change, which has sparked a strong exchange of industry knowledge and best practices, partnerships and new innovations, and this has been key to the nation’s success. Strengthening public-private partnerships will position Thailand to further sustain a steady flow of dialogues, idea sharing and new technologies. This will help to not only step up decarbonisation efforts, it will serve to enhance the country's grid stability — thereby improving access to sustainable, reliable and affordable energy.

Thailand may be at the crossroads in its journey towards carbon neutrality. But with a more aggressive development plan and a portfolio of complementary renewable energy sources, the country can gear up toward a cleaner, greener future, reduce energy costs and attain greater energy security.

GE stands in support for Thailand's goals to achieve carbon neutrality by 2050, and net-zero greenhouse gas emissions by 2065. The recent launch of GE Vernova — the new unifying company and brand for our portfolio of energy businesses — is testament to our heightened focus and commitment to accelerate the global energy transition.

With GE Vernova, we aim to continue developing cutting-edge industry innovations across the Thai renewable sector — which includes solar, wind, hydro, biomass, biogas, geothermal, biofuel and hybrid (hydro and floating solar), to drive greater energy reliability and security for the Thai people. We look forward to continued partnership with future-focused Thai power sector players to enable a cleaner, greener, diversified and dynamic energy ecosystem across Thailand for the decades to come.