Cyberbullying can lead to shame, depression and even suicide but many Thai adults dismiss their children's online abuse as merely teasing

The final episode of hit TV show Wai Sab Saraek Kad created a buzz -- not only among fans of the drama series but also among teenage netizens -- for touching on a controversial topic. 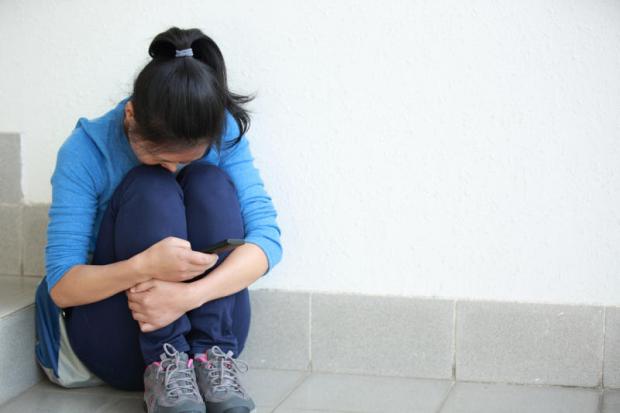 The series ended with one of the lead characters, Minni, in a hospital emergency room after the net idol tried to kill herself. A naked photo of Minni was circulated on social media. It went viral. She felt depressed and embarrassed.

Shortly after the episode ended, Pantip chat room was overloaded with comments from viewers, mostly teenagers. Some confided that they were also victims of cyberbullies.

One comment noted that cyberbullying is common among children and teenagers because they are obsessed with social media. "The drama presents the reality through the character of Minni," one comment read. 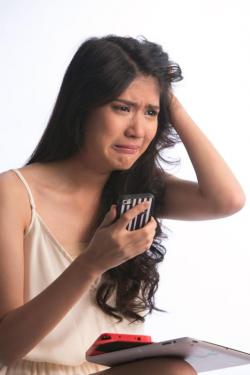 Reality on TV: Minni, a character from the hit TV show 'Wai Sab Saraek Kad', is a net idol who became a victim of cyberbullying after a naked photo was shared online. Photos: BKK Post Archive

"The series was popular because it talked about issues of adolescence that Thai adults fail to pay attention to," said assistant professor Wimontip Musikaphan of the National Institute for Child and Family Development at Mahidol University. "It is serious but adults have not realised the severity of the problem. They think it is a kind of teasing."

Ms Wimontip, who has supervised research and thesis work on cyberbullying for five years, says it has many adverse effects, especially for adolescents who tend to seek acceptance from their peers and society.

Peer exclusion plays an important role. If the bullying victim feels ashamed or excluded, it can trigger impulsive actions such as suicide, she added. "They don't realise that cyberbullying can leave a lasting impact on the victims because it is repetitive. You cannot avoid it."

In research co-written with academic Nanthanat Songsiri, she cited examples from other countries where cyberbullying has already claimed young lives as a warning for Thai agencies to look seriously into the issue.

In 2003, Ryan Halligan, a 13-year-old American, was teased for several months after his classmates spread a rumour via online chat forums that he was gay. One popular female classmate pretended to like Ryan and chatted with him via the internet. Later, she forwarded all the chats to her friends. Ryan could not stand the humiliation and committed suicide.

In 2007, an 18-year-old Japanese student committed suicide by jumping from a school building in Kobe because her classmate posted nude pictures of her on an unauthorised website and extorted money from her.

Ms Wimontip also cited a 2009 incident in Thailand when a girl had to drop out of school after a clip showing her being sexually assaulted was circulated online. In the clip, a high school girl wearing a girl guide uniform holds the girl down while she is raped by her boyfriend wearing a boy scout uniform.

"All in all, the victims of cyberbullying feel shamed and stressed with feelings of victimisation, leading to dropping out of school and negative impacts on their mental health," she said.

She said there has yet to be a documented case of cyberbullying in Thailand leading >> >> to suicide. But she said this is no cause to celebrate. "Very few students come to seek help when they are bullied."

Research shows the number of adolescents experiencing cyberbullying in Thailand is rising every year.

Ms Wimontip said a study undertaken in 2013 showed 30-40% of adolescents said they had been involved with a cyberbully, either as the victim or perpetrator. The number rose to 50% a year later.

"One of the recent studies by my students shows that it has also started at primary level," she said, citing yet-to-be published research that showed about five out of 100 Grade 4 and Grade 5 students had been involved in cyberbullying.

"We had to spend time asking them because in many cases the children did not realise that the treatment was cyberbullying," she added.

The research also indicated that family background can make children more likely to be online aggressors. "Children who did not receive proper attention from their parents have more tendency to attack other people on social media. It is a way for them to vent their personal anger and frustration," she said.

Bullying happens in school when children lack adult supervision. It is a form of power play in which an aggressor deliberately targets a victim. A cheering crowd can encourage the bully because they perceive his or her actions to be "heroic". 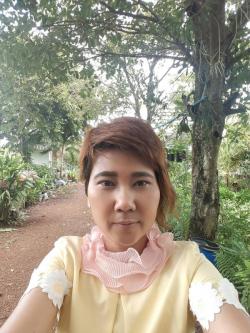 When traditional bullying happens, teachers or parents can see the effects more easily, such as bruises or wounds left on the victim.

Promboon Panitchpakdi, executive director of the Raks Thai Foundation, says the behaviour of cyberbullies is similar to that of physical bullies.

Although the victim may not be physically hurt, the bully uses social media to mentally and emotionally harm the victim. The cheering tribe participate by adding mean remarks to deepen the wound.

In most cases, the victims are targeted because they may look different. The aggressor selects the victim because he or she knows the victim is vulnerable.

Mr Promboon cited the case of an autistic student whose classmates posted messages on his Facebook page stating that he was stupid. The negative comments that followed were unbearable for the student to read.

"The internet and Line are vulnerable spaces because they can reach people 24 hours, seven days a week. You cannot avoid it. If you see the notifications on Facebook, you want to know why people tag your name," he said.

Mr Promboon said that while teachers or other supervisors can help victims when they see physical bullying, only a small number of cyberbullying victims report their cases because they are ashamed. With cyberbullying, they can hide their hurt more easily.

"In most cases, the bullied student would rather confide in their siblings than their parents," he said.

Raks Thai Foundation has carried out activities in school to teach students about life skills and respect.

"We have taught them since Grade 3 and Grade 4 that cyberbullying is not a heroic act," he said. "People who bully other people tend to be insecure and they bully others to conceal their complexes."

Unfortunately, Thai adults have not yet realised the seriousness of the issue. This is partly because in the Thai language "bully" is the same word as "tease".

"Adults tend to think when someone pokes fun at you on the internet, what's the big deal," Mr Promboon said.

Adults do not understand that the mental anguish can last longer. "Although they do not physically face each other, cyberbullying is comparable to psychological warfare to hurt people," he said.

Assistant professor Ruthaychonnee Sittichai, a lecturer in the humanities and social sciences faculty at Prince of Songkla University, studied cyberbullying in the deep South in 2014. Her survey showed that students were exposed to cyberbullying just as much as other young people around the world. 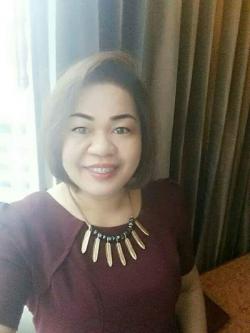 The sample survey comprised 1,200 students, 57% female and 43% male. Most were Muslim from Pattani, Narathiwat and Yala. The samples were collected from Grade 7 to 12. About 86% of students owned a mobile phone, half of which were smartphones.

The survey also found that the prevalence rates for traditional and online victimisation were roughly 6% and 3.7% respectively using strict criteria, and 16% and 15% using more lenient criteria.

These figures are fairly similar to those found in many Western countries, according to a European Union survey in 2010.

Although the overall prevalence of bullying is not so different, there does seem to be a relatively high ratio of cyber to traditional victimisation in southern Thailand, she said.

"Cyberbullying is an important issue to be addressed among young people in Thailand," Ms Ruthaychonnee said.

"It is easier for some students to do this. The aggressors can be anonymous. In one case, we found the aggressor was a quiet boy sitting at the back of the class. Cyberbullying showed his dark side," she said.

The study showed that half of the victims were not physically bullied, which is quite a high proportion in comparison to other studies.

Ms Ruthaychonnee said the survey showed that grade, religion and province were insignificant factors in cyberbullying. But victims tend to be different from the crowd, such as students whose parents have a higher education level.

"Children with highly educated parents were more likely to experience cyberbullying once or twice but were not at greater risk of severe victimisation," she said. 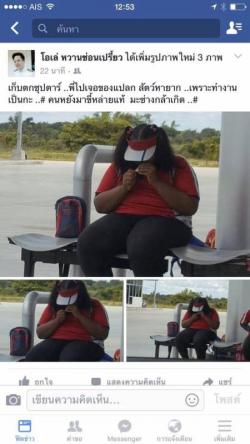 When she was a student, she made an online comment on a certain post about an issue that she would rather not reveal. She proceeded to get harsh responses from her friends and classmates. The message was shared to others who had a different opinion from her.

"I was surprised by the response. I just told people what I thought. But the responses were too mean. One of them was even my classmate and she acted like nothing happened," she said.

The administrator dealt with the fight by setting up the Facebook page to gather people's experiences of being hurt or victimised by social media messages, with the goal of educating the public about the issue.

Posts include the recent high-profile case of Pongsak Kensing, a Yasothon civil servant who posted photos of a petrol station attendant on his Facebook page accompanied by a condescending message about the young woman he had never even met.

After the post was circulated, netizens got angry. Some even visited the PTT station in Maha Chana Chai to show support for Nong Namtao, the victim of the photos. They said that Nong Namtao broke down in tears when she was made aware of the post. The civil servant had to apologise to Nong Namtao, largely due to pressure from the social media community.

The latest post on Stop Bullying Thailand features the recent case of a woman who took a candid photo of Pol Lt Pramote Trakulwangthong, a 57-year-old traffic policeman in Trang. She had criticised his looks and said: "What species is this?"

Pol Lt Pramote said he was not aware of the post because he did not use social media. However, he later learned about it after his friends and children showed it to him.

After netizens learned of the incident, they criticised the woman for her hurtful words. The woman later apologised to Pol Lt Pramote in person. But the policeman did not seem to care much. "I just wanted to tell her to imagine if this happened to her relatives or siblings," he said.

The two cases may not fit the typical description of cyberbullying because they are one-off incidents, but both victims suffered hurt, especially Nong Namtao.

Miss A says the cases are good examples of how netizens can also play their part by putting pressure on aggressors to stop online abuse. 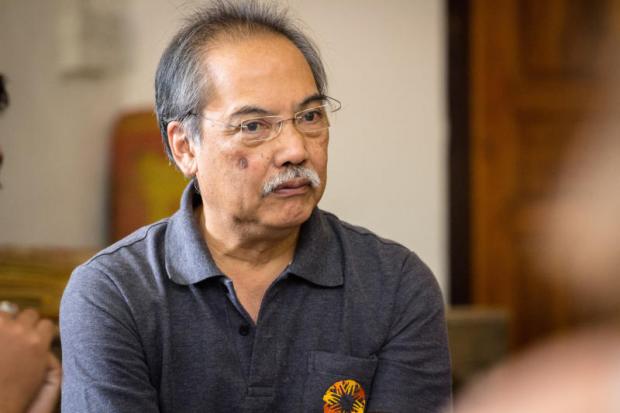 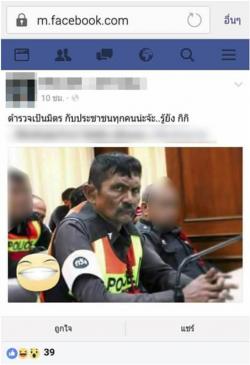 Stern words: Pol Lt Pramote Trakulwangthong has spoken to the woman who mocked his appearance on Facebook. Photo: SUPPLIED/www.facebook.com 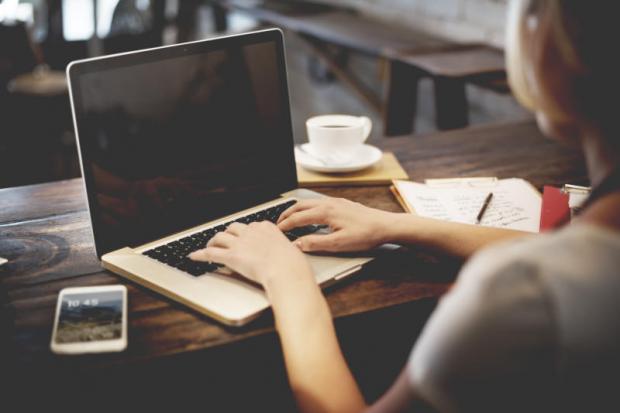 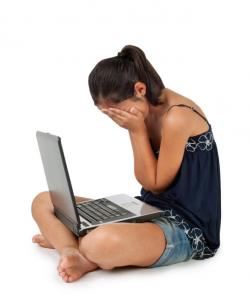 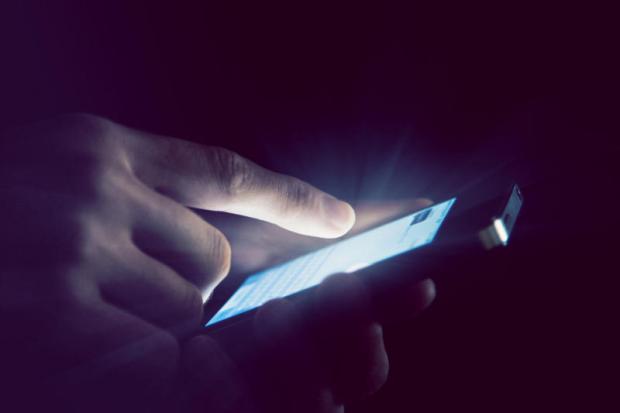 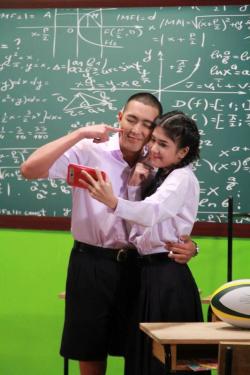