do-it-yourself living: Jon Jandai sitting in front of Pun Pun cafe, a business he designed and built by himself. Photos: CHAIYOT YONGCHAROENCHAI

Ever since Jon Jandai was young, he was taught that the only way to be successful was to go to Bangkok to work. When success is often measured by money, he felt there was no other option for him if he wanted to get rich. He made his way to the capital when he was 18.

Without higher education or a degree from an elite university, Mr Jon looked for any job he could do with his limited knowledge and skills. He worked as a security guard, factory worker and a construction worker. He basically did everything that would earn him money no matter how hard it was.

He lived in a temple and ate free meals there to save money. He worked hard to earn enough money to send himself to college. He later enrolled in Ramkhamhaeng University's faculty of law.

After living in Bangkok for seven years, Mr Jon started to question his belief in the measurement of success. "I never have enough food to eat or enough money to save, and I'm not happy with my life. Does this mean my Bangkok dream is a complete failure?" he asked himself.

Realising Bangkok did not provide him with the kind of success he expected, he decided to leave his job and drop out of college. He made his way back to his hometown in the northeastern province of Yasothon. He thought becoming a farmer would be a better idea for the happy life he craved. He realised that he might not earn as much as he had in Bangkok, but he would at least be surrounded by his family.

He expected to have an easier, hassle-free life. But the home that he used to know was not the same any more. That's when his journey to search for true happiness and success began.

Back in Yasothon, Mr Jon thought it would be different as he no longer had to report to anyone. He could be his own boss and control his working hours. The only career that made sense to him was a rice farmer -- he had a plot of land and the basic know-how to make it happen.

But when he started his new life, he began seeing the similarity between working in Bangkok and back home. No fellow farmers worked less than eight hours a day. They spent all year making other people richer and getting themselves poorer, with some sinking into great debt. >> >> "Farmers don't get to eat good food as they have to save money to invest in rice farming. While rice millers eat chicken meat, these farmers can only afford chicken feet. What kind of life is that?" Mr Jon said.

He realised that even rice farmers have a poor quality of life. They have no time to enjoy life and seem to be working all the time. Some poor people are also not happy because they worry about their financial situation.

After starting his new life as a rice farmer, Mr Jon began to understand why rice farming was not a smart choice for him to get the happiness he craved. He came up with a new idea to grow vegetables at his home for consumption.

He started by planting 50 different kinds of vegetable. He only did five plants for each type as an experiment. He wanted to see if he could really survive by relying on his organic produce without having to buy from the market.

"I could water the whole plot of land in less than 15 minutes. Then I could spend the rest of the day doing things that I wanted. I wanted to see if I could survive," Mr Jon explained.

When his first vegetables were ready to harvest, he had enough to feed his whole family of six people. After three months, he had more than enough to eat and took some vegetables to sell at the market not too far from his house.

He earned at least 200-500 baht per day from selling vegetables. He also raised his own fish to eat.

"I basically worked one hour per day and the rest of the day I got to enjoy my life. I told my wife this was the ideal life and I would live this way as it brought me true happiness that I had been searching for a long time," Mr Jon said.

TALE OF AN ADOBE HOUSE

From 1993 to 1997, Mr Jon saved enough money to achieve his next goal of having his own house where he could live and grow vegetables. In 1997, he was invited by a friend to visit New Mexico in the United States, where he was inspired by the simplicity of adobe houses.

He asked people how to build an adobe house. From that point, he knew that it is what he wanted to do. He learned more about the technique before returning to Thailand.

He went to Chiang Mai, where he found a 20-rai plot of land in Mae Taeng district, about 60km from the main city. The land was situated in the middle of the jungle with a small hill. He knew right away that it was a perfect location to build an adobe house and grow vegetables in a cooler climate.

Mr Jon bought the land and moved his whole family there. He started building an adobe house the way he had learned in the US. He dug up soil and slowly formed the wall of his house. It took him six months to complete the construction of a small but very strong house.

"Many people take 30 years to pay off a house loan before they can actually own one. But it took only six months for me to complete one house and I have the rest of my life to enjoy being in my own house," he said proudly.

Mr Jon's house has a door and window but the only thing that divides the living area is a piece of fabric.

He started living on his land with no water or electricity supplies. He doesn't have savings but has plenty of plants, vegetables and fruit. While money is unstable and can go any time, plants and trees will always be there and continue to grow.

After four years of living his sustainable lifestyle, some people came to ask him about adobe houses. He saw this as an opportunity to educate people about how easy it is to have a house without having to rely on sophisticated engineering or expensive materials. He searched for books to study different techniques.

He learned that an adobe house's walls can be built free form with just clay or they can be built by clay bricks using wet clay as cement to glue them together. He was invited to many places as a guest speaker to talk about sustainable living and adobe houses.

Mr Jon didn't accept money as a guest speaker. He just asked for transportation money to get him to different places. As he became well known locally and internationally, many foreigners came to see him and asked him to teach them how to build an adobe house.

More than 70% of people who asked him for help were foreigners. He helped them and demonstrated how to build a house. Some even built houses on his plot of land and remain in the area.

The colony kept growing. About 20 people now live in the same compound with him. He practises equality by having no community leader. Everyone eats the same food at the same time after it is prepared by a family at the central canteen.

"We have both Thais and foreigners living with us as one big family. We have no fights over who is better. We are all equal. Kids here don't go to school and are home-schooled by their parents. They may not be academically smart but they do know how to survive in the real world," Mr Jon said.

Kritsada Niamjan, 35, found out about Mr Jon's concept of life when he was living in Bangkok. He visited him to learn more about the simple life and adobe houses. Within five years, he was able to save enough money to buy a seven-rai plot of land right next to Mr Jon's land.

He then moved to build a small adobe house with a budget of less than 10,000 baht. He is now teaching yoga and also growing his own vegetables to eat along with other members of Mr Jon's colony.

"I learned it doesn't take much to be happy. Ever since I moved here, I don't have to worry about not having enough to eat any more. I always have plenty to eat. People here are easy to get along with and we don't have to compete about who looks or dresses better. This truly is an ideal life," Mr Kritsada said.

After 10 years of teaching people to build adobe houses, Mr Jon, 56, wants to focus on sustainable living. He has created his own organic farm called Pun Pun.

Even though Mr Jon and people in his community try to stay cash free, some things still require money. He started a training programme that allows people from outside to attend a two-week course on sustainable living and adobe houses. The fees earned from the scheme belong to no one. The money is used for expenses such as electricity, water, food and more.

Mr Jon was recently invited to speak to the world-renowned TEDx programme. He talked about the concept of his adobe houses and how he would rather spend the rest of his life being happy than spending it to pay off a home loan.

"I really do think simplicity is the key to happiness. I have been chasing that dream for many years and felt like I took the wrong approach to get there. Here I am now where I always wanted to be. I get to enjoy my simple life and I also get to show people how simple life can be," Mr Jon said. 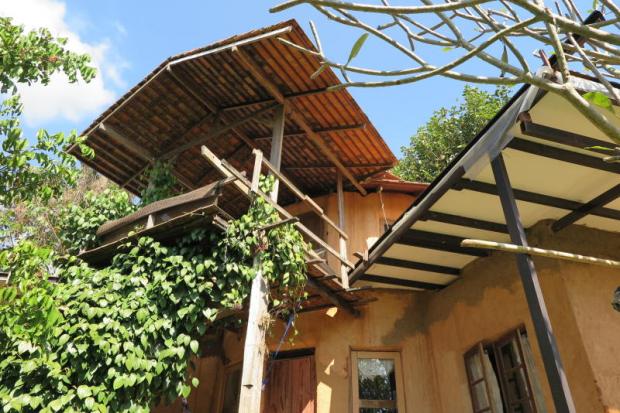 open house: A big adobe house built by a member of Mr Jon's self-sustaining community project. The house was mainly constructed from mud from the land surrounding the house. 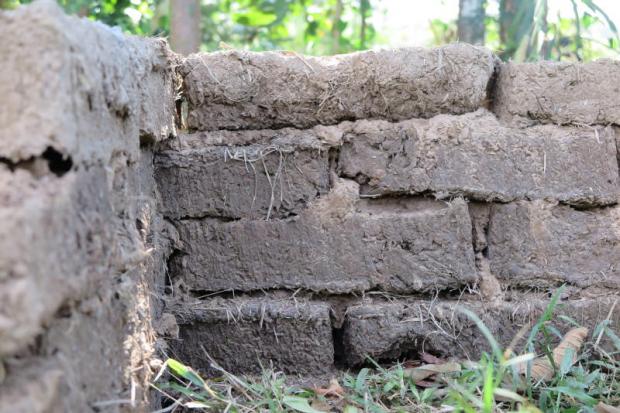 from the ground up: The clay bricks that form the adobe house, left and below. 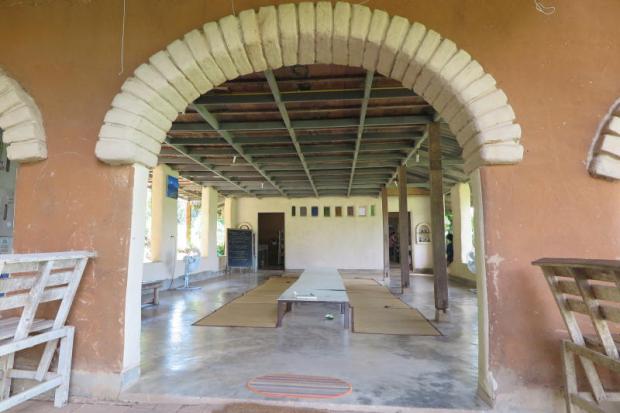 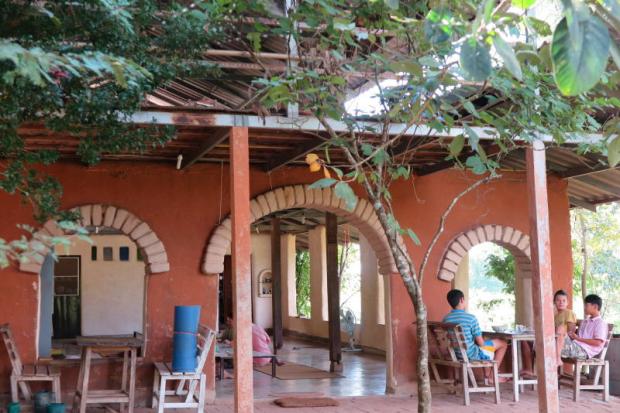 food for thought: The canteen building where all community members dine together at the same time, left and above. 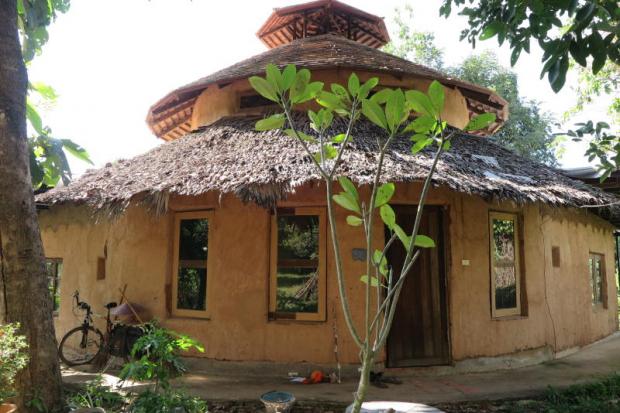 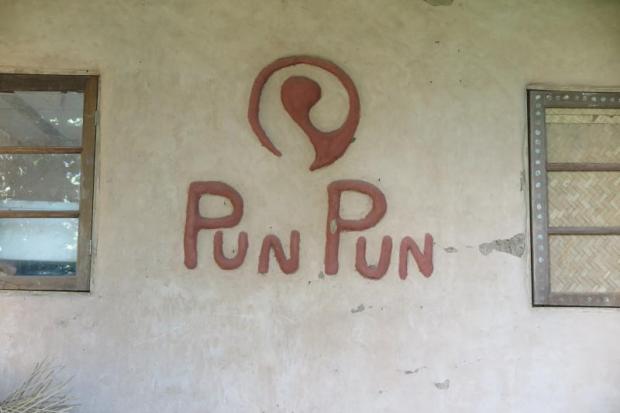 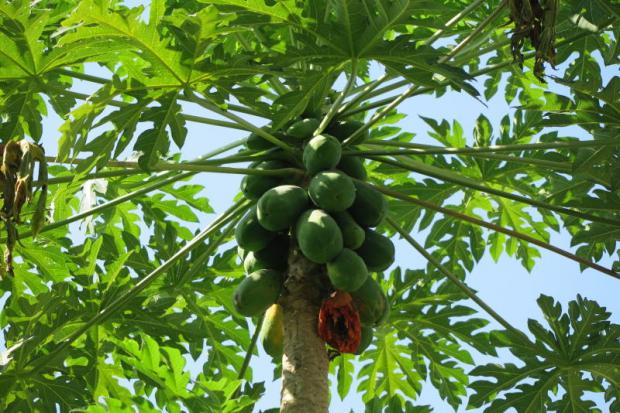 plenty to go around: The organic farm grows all types of fruits and vegetables for the community members to consume. They sell what they don't consume in the local market, and preserve leftover seeds. 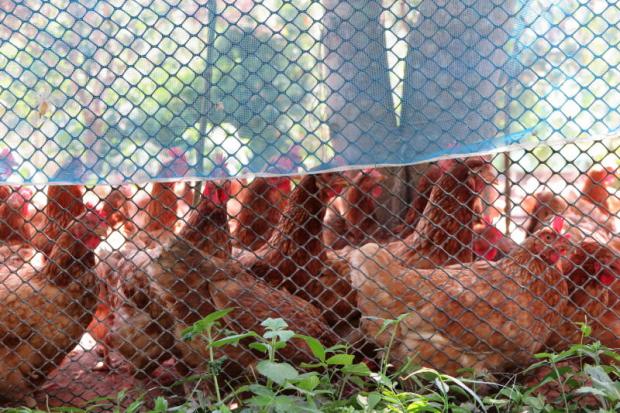 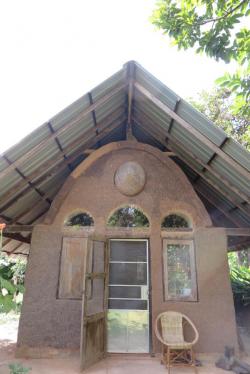 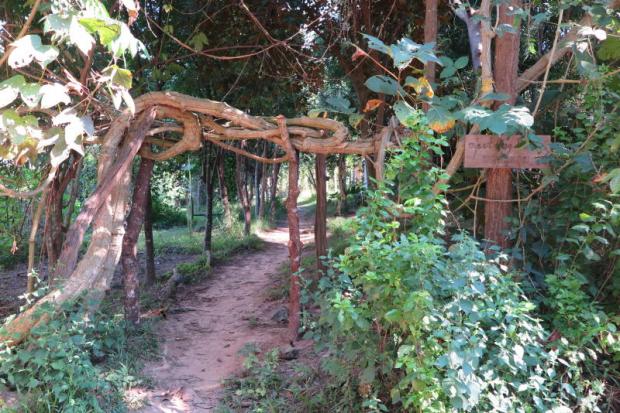 walk this way: The main entrance to the community meeting hall, which is also used as a training venue. Mr Jon runs a two-week course that lets people from outside learn about sustainable living. 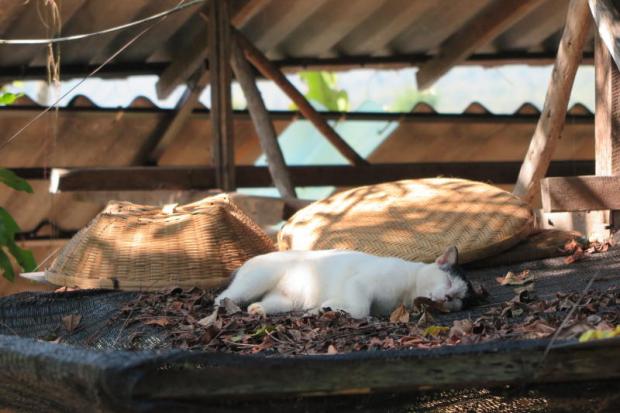 KUALA LUMPUR: Malaysian anti-graft authorities have frozen the bank accounts of an opposition party led by former prime minister Muhyiddin Yassin amid an investigation that the pro-Malay group said was an attempt to destroy its credibility.

Bangkok school director suspended for allegedly extorting more than 300,000 baht from a supplier of student lunches, while insisting the cash found in his office belonged to someone else.

KYIV: Rescuers searched for survivors in the rubble of an apartment building in eastern Ukraine on Thursday after a Russian strike destroyed it, as Kyiv said it expected a major offensive on the first anniversary of Moscow's invasion.