In April of last year, the deforestation crisis in the northern province of Nan province was exposed by a series of photos shared on social media. The photos, featuring naked-looking hills, laid bare the extent to which monoculture farming, mainly for growing corn for animal feed, had damaged the natural landscape. 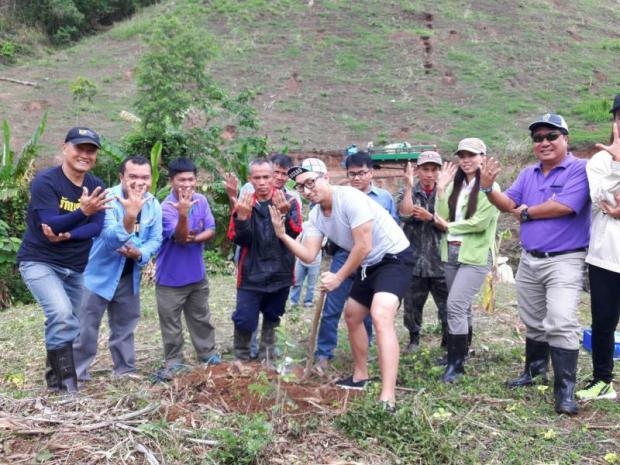 To people's surprise, one of the first people to publicly accept his challenge was Apisit "Joeyboy" Opasaimlikit, Thailand's most famous rapper and a vocal coach on The Voice. He announced his shared commitment to growing trees and donated an additional 600,000 baht for a Nan reforestation project.

The campaign's popularity led to the launching of a reforestation project called Plookloei, meaning "plant now", in May last year. In one month, Plookloei's Facebook fan page had over 100,000 followers.

Meanwhile, Joeyboy popularised a hand sign involving resting your elbow on an open palm to symbolise a growing tree.

Some were sceptical that the rapper could handle a shovel as well as he could wield a microphone.

The Plookloei campaign got off to a high-profile start. Joeyboy read a statement in parliament with Mr Suwat and other government officials to help gain support for his reforestation project.

A survey was launched in Nan to determine which sites were in need of recovery. Experts and academics were invited on board to offer advice on the project. Over 390 people signed up to help make seed balls. When the campaign finally kicked off, they decided to recover 500 rai as a starting goal.

In late July, Plookloei reported on its Facebook page that around 1,000 volunteers had successfully planted 9,000 trees at Doi Phu Kha National Park in Nan. Suharit and his team returned to the designated project area in September, and said that over 90% of the trees had begun sprouting. With a growing number of corporate sponsors on its side, the Plookloei project announced a plan to expand its reach to cover an additional 100 rais by the end of last year.

Despite its gains, the Plookloei campaign has also been criticised by forest experts who view it primarily as a publicity stunt. They further questioned if Plookloei had the know-how to implement reforestation over a long-term period.

This wasn't the first reforestation campaign that Thailand had ever seen. Several have emerged over the years, and many failed to have a sustainable impact. The country's forest areas continue to decline.

Drawing from satellite images, the Sueb Nakhasathien Foundation found that 53% of Thailand was covered by forest in 1961 but the figure had shrunk to 31.6% in 2015.

Reasons why reforestation campaigns can fail range from young trees not being planted during the right season to trees being abandoned after the participants leave the sites.

In addition, the projects don't have an impact on local farmers' practices. The farmers often continue to slash forests in order to keep earning an income.

A rise in demand prompts the food industry to seek more supply, which can lead farmers to rely on encroached forest areas.

Time will tell if Plookloei will be able to have a lasting, sustainable effect. But one thing is sure — when a celebrity raises awareness of any issue, their voice has the power to reach many more people than the average person.

Plookloei caught the attention of many people, from city slickers to the middle class and white collar workers. All know and value the importance of greenery and fresh air.

Regardless of how the project's goals manifest, Joeyboy was indisputably successful in drawing the public's attention to the deforestation crisis in Nan. He compelled people to consider the root causes of this phenomenon in other parts of Thailand and realise the importance of going green. 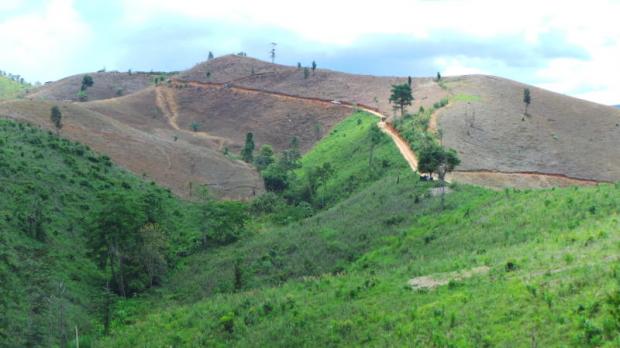