A German guide called the site of one of the world's biggest solar parks "Heathcliff" even though it does not have any relation to the lead character of Emily Bronte's novel Wuthering Heights. 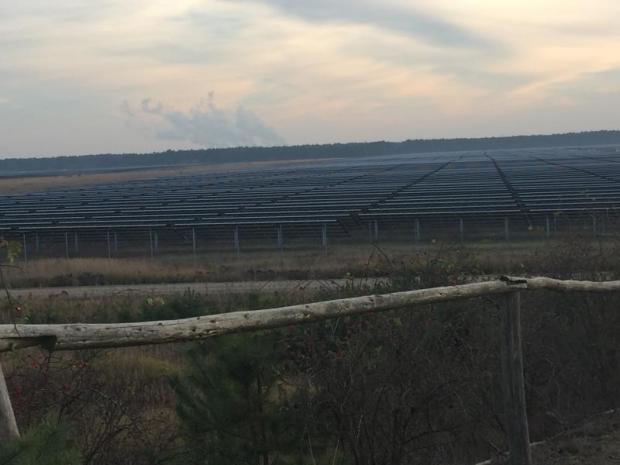 HEATHCLIFF: Lieberose Solarpark in Brandenburg was a military training site during the Cold War. (Photos by Jeerawat Na Thalang)

In fact, hanging rock faces are nowhere to be found in Lieberose Solarpark in Brandenburg, Germany. It is in fact heathland where rare plants are everywhere. Hundreds of rows of solar panels are in an open field.

"People often ask why they created this solar power plant so far up in the woods," said Sebastian Zoepp, a social entrepreneur who led a group of tourists to the site recently.

Lieberose Solarpark, covering an area equal to 200 football pitches, was once a military training site when the area was part of East Germany during the time of the German Democratic Republic or GDR. Russia used the site to train soldiers for several decades.

After the Cold War ended, the military gave the land to Brandenburg in 1997. City officials were not sure what to do with the land due to its history, leaving heath plants, which can grow on infertile and acidic soil, to grow naturally.

Development of the unused land was delayed because it would take a lot of effort to dig out munitions from the earth.

"You can still find some former military structures. Hundreds of thousands of soldiers used the site for range shooting with tanks," said Mr Zoepp. "First, they used simple ammunition. Later, they found out that the military site was also used to train for chemical warfare."

Initially, the city planned to convert the unused land into a wind park. The state government hoped to use profits from the wind park to clean up the soil. However, the plan was shot down by environmentalists who protested that wind turbines would scare away birds, especially two species protected by European law. "Two birds could stop the whole project," Mr Zoepp said. 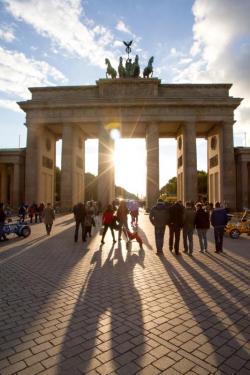 In 2005, First Solar Inc and Juwi Group agreed to set up a solar park. Environmentalists backed the plan. In spite of their impact on the visual landscape, solar panels should not produce any sound to scare off birds.

By the end of 2006, workers started to decontaminate the area. They were digging down as much as 10 metres and still found barrels and chemicals that were leaking into the groundwater. The budget for cleaning up the area doubled from the original forecast.

In 2008, they started installing solar panels. The solar park started operation in 2009 after the 560,000th solar panel was installed. The park now has a capacity of 70 megawatts. Germany is not a sunny country, limiting the number of hours that the solar park can generate power from sunlight. However, Mr Zoepp said locals welcomed the solar park as an alternative to a lignite power plant that was the major source of power in the region. Lignite plants have the highest carbon emissions. But the solar park emits zero carbon emissions and leaves no pollution in groundwater.

The solar park is in line with Germany's plan to shift to clean energy as the government has planned to close down coal-fired power plants to slash carbon emissions in the next decade.

Several small communities have recently taken up the initiative to go renewable. In a village called Kerkwitz in the Lusatia region with some 500 inhabitants, small solar panels have been installed on top of the fire station.

The community members contributed at least €250 (9,500 baht) each to construct install solar panels in Lusatia.

Thomas Burchardt, a local council member from Drehnow village, not far from Kerkwitz, said his small community invested in wind turbines a decade ago as part of the effort to preserve local heritage. The 600-member community belongs to the Slavic Wend minority.

"The fight against lignite mining is to support the future of the minority in the region so that they can keep their land," he said.

The Slavic community resisted attempts to construct new mining sites that would have seen some residents forced to leave the designated areas.

Mr Burchardt said the community supported the project because elderly people told them how residents were forced to leave their land to pave the way for lignite mining in the past. "People lost their houses during the GDR and had to be relocated from their farms to small apartments in Cottbus," he said.

"If we set up wind turbines today and the new generation does not like it, they can change it. The 20-metre wind turbines can be easily removed compared to a lignite power facility," he said.

"But if we set up a mining site, and 25 years from now people don't want to do it, they would not know what to do with the land. Renewables fall into the principle of democracy."