Developers are waiting for supply to be absorbed, while Russian visitors are returning but deterred from buying by the weak rouble

PRIME LOCATION: As land near Pattaya beach is now in short supply, many developers have been seeking out sites on other roads farther from the beach for new projects. Photo: Anucha Charoenpo

SUPPLY: Jomtien has been the most fashionable area for condominium development for many years. Consequently, it accounts for the highest supply of completed units among the five areas surveyed. Pattaya is second, but as land near the beach is now in short supply, many developers have been seeking out sites on other roads farther from the beach for new projects.

Developers started to postpone or reduce new launches in 2016 because they saw the market slowing, with a lot of available units remaining unsold. Only 307 new units were launched in the first half of 2016, and although the total improved to nearly 1,800 in the second half, 2016 was by far the quietest of the past six years.

The sluggish domestic economy and other negative factors directly affected sentiment among prospective foreign and Thai condominium buyers alike. The weakening of the Russian rouble has been felt especially keenly in Pattaya, given the city's popularity with Russian visitors, some of whom become interested in purchasing condominiums. Russian tourist arrivals to Thailand improved to just over 1 million last year, from 884,136 in 2015, but this did not translate into greater interest in property.

In addition, the huge number of condominium units launched in the past few years -- averaging close to 15,000 annually from 2011-15 -- has left many unsold units still on the market. Developers as a result turned very cautious in 2016. 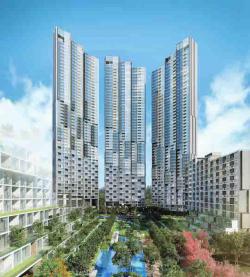 Jomtien and Na Jomtien have been the most promising locations for developers during the past few years because many attractive plots of land were available. Jomtien in particular has seen the emergence of a number of lower-priced developments, while Na Jomtien is one of the few places left with some beachfront sites.

DEMAND: The average take-up rate in the Pattaya condominium market as of the end of 2016 was 83%. Approximately 10,000 unsold units were still in the market, while many of those sold in 2016 were "ready to move in" units, with buyers enjoying tax and transfer fee breaks under a government stimulus programme in the first four months of 2016.

Wong Amat had the lowest number of available units given the relatively small number of projects launched in the area. Some completed projects attracted high interest from buyers because of their beachfront locations. Jomtien continued to enjoy a high average take-up rate, despite the large number of launches in recent years. Na Jomtien had the lowest take-up rate, reflecting the large number of condo launches in recent years, including some large projects with more than 900 units.

Demand has still not recovered notably, and all developers are now focusing on releasing their completed units instead. Although more Chinese and some Japanese buyers are becoming interested in Pattaya, they cannot offset the steep decline in Russian buyers, who have been the largest foreign buyer group for many years.

PRICE: The average price for condominium units in the Pattaya market was around 82,500 baht per square metre, an increase of about 5% from 2015. As they try to attract as many buyers as possible in a slowing market, developers have been trying to keep price increases as small as possible, in the 3-5%

The average price in all locations in 2017 is expected to be similar to or slightly higher than in 2016 as many projects have been completed but market demand is still muted.

Surachet Kongcheep is the associate director for research of Colliers International Thailand. He can be reached at surachet.kongcheep@colliers.com 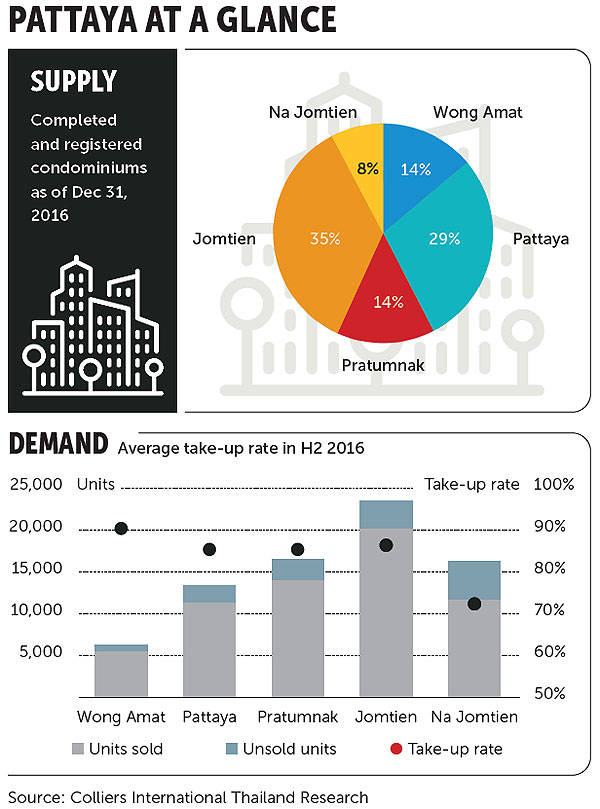 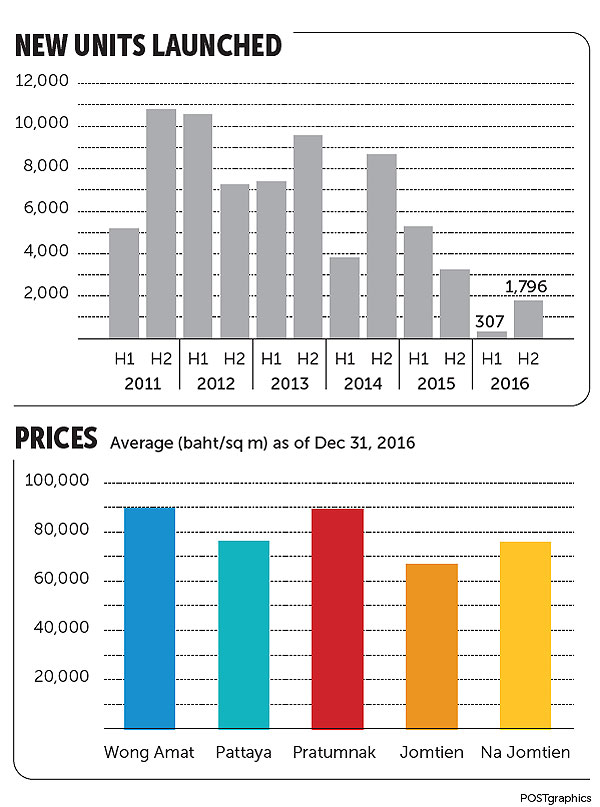