In remembrance of the late King Bhumibol Adulyadej, it is a good time for Thais and foreign tourists to visit and discover outstanding royal projects located across the country.

The Bangkok Post is running a series on the impact of the royal initiatives on Thai industries, starting with the tourism sector.

The royal projects were initiated by the late King under the philosophy of sustainability to help and develop rural communities and enhance the their quality of life. The projects have today become popular destinations, with each attracting hundreds of thousands of locals and foreign visitors a year, who often come away impressed by the late King's inspiration and wisdom. 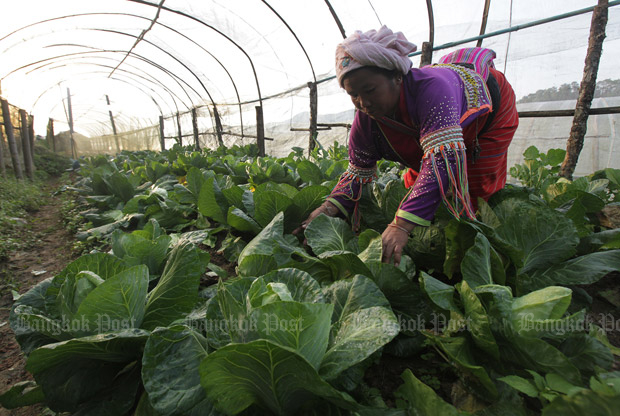 The Ministry of Tourism and Sports and the Tourism Authority of Thailand (TAT) have been promoting royal projects as tourism destinations for years.

"Projects initiated by our [late] King cannot be found in other countries. Each project offers a unique story, so people should go and visit," Mrs Kobkarn said.

Some projects have been introduced at tourism events overseas as part of national tourism promotion.

The ministry predicts that visitor number to royal projects will see a significant increase this year as people pay respects to the late King by visiting his projects. Many Thais living overseas have also returned home this year to pay their final respects.

As all the royal projects are located in remote areas, tourists may also find themselves experiencing local activities, such as making the unique local dish or pot, releasing fish or turtles into the river, learning woodcraft, and observing farming and staying with local family near the project. 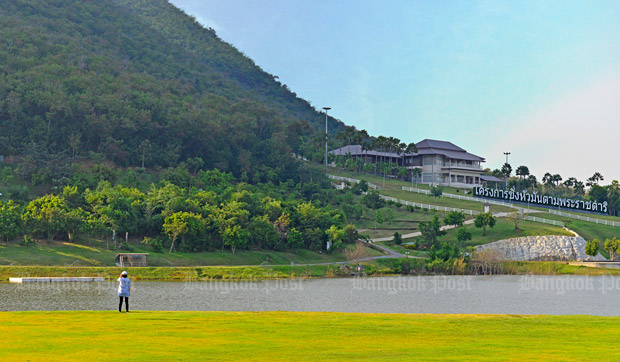 The Chang Hua Man Royal Project in Phetchaburi province is becoming a big tourist attraction partly because of its proximity to Bangkok. CHUKIAT SINGBOORANA

The Chang Hua Man Royal Project in Phetchaburi province is becoming a big tourist attraction. Located not far away in the southwest of Bangkok, it is near enough for a day or a weekend trip.

Initiated in 2009, the project is an experimental farm sitting among the hills on 250-rai of land where crops are being tested, not only to help the local people but also to serve as a centre for agricultural knowledge for farmers around the country.

Tourists can enjoy touring around the eco-friendly project on bicycles provided, looking at the crops and the farming activity.

There are many different crops grown here, including fruits such as bananas, papaya, limes and pineapples, and more than 40 species of vegetables, as well as rice and rubber. With sustainability and environmental protection being a large part of all the royal projects, crops are grown organically without chemicals.

Chang Hua Man also features a dairy farm where Holstein Friesian cows have ample space to wander around. There are nearly 40 cows bred here and the milk they produce is sold at the project's shop and local markets, according to the TAT.

This royal project also offers a fun and informative day out for families, where they can spend time in the fresh air, get their hands dirty and be more in touch with rural Thailand.

The TAT also recommends as must-see for tourists King Bhumibol's car and the wooden villa where he used to stay.

Only a two-hour drive from Bangkok and not far from other main cities in the South, Chang Hua Man is heavily promoted by many hotels and tour companies. For example, Ban Suan River Resort in Kang Krachan in Prachuap Khiri Khan is offering a two-day group package group at 1,550 baht per person including four meals.

King Bhumibol started his first royal project in the North in 1969. He wanted to reduce poverty and get rid of opium production in country's uppermost area. The King encouraged the locals to stop growing narcotic crops and shift to do alternative agriculture along with reforestation.

From that first project, there are now six Royal Development Study Centres around the country where research takes place and regional strategies are developed. Farmers can visit these centres to improve their knowledge and learn about environmental conservation.

The Royal Agricultural Station Angkhang in Chiang Mai province is home to cold climate crops due to its average low temperature of only 16.9 Celsius. The centre is located among hilltribes and ethnic groups, so visitors to the station can also experience a different type of Thai culture and tradition. Trekking or camping can be arranged by locals or travel companies.

Another place in Chiang Mai that is well reviewed by tourists is Doi Mon Chaem, home to six major ethnic groups: the Akha, Lahu, Karen, Hmong or Miao, Mien or Yao, and Lisu.

Also in Chiang Mai province is the Nong Hoi Royal Project Development Centre, which was established in 1984 by the late King and recommended by the TAT to visit. The project offers new farming methods, training and equipment brought in by experts, which have led to sustainable and saleable crops being grown on slopes once reserved for opium poppies.

In remembrance of King Bhumibol, the Royal Project Foundation plans to organise the Royal Project Fair 2017 at Chiang Mai University on Dec 21-24. As part of the event, there will be a video clip competition on the subject of "royal project", which visitors are invited to join in.

Tangmo Tour Co offers a royal trip package available until the end of the year. Price for the three-day, two-night trip from Bangkok to Chiang Mai by Thai Airways starts at 14,900 baht per person.

In Prachuap Khiri Khan province just outside Hua Hin, a recent historical park, known as the Rajabhakti Park, opened to the public in September 2015 and has since become a major tourist attraction in the southwestern coast of Thailand.

The Rajabhakti Park consists of statues of Thai kings from the Sukhothai period to the current Chakri dynasty. The park was built with funds donated by the public and private sectors. His then Royal Highness Crown Prince Maha Vajiralongkorn (the current His Majesty the King), officially opened the 222-rai park.

The late King granted royal permission for the Royal Thai Army to build this park. He also gave Rajabhakti Park its name, which means the park built with the people's loyalty to the institution of the monarchy. The park is open to visitors daily.

The foundation is now working with S&P Syndicate Plc on a campaign called Happy and Healthy with Royal Project, which runs until Dec 15. Under the campaign, S&P restaurants and affiliate food shops offer diners eight selected menus using products from the royal projects.