Seven years after its original ban, the screening of Insects In The Backyard has finally been approved

After seven years, the first Thai film banned by the Film Act 2008 will see the light of day.

Tanwarin Sukkhapisit's feature film Insects In the Backyard, a family drama about a transvestite father and his teenage children, is finally getting a theatrical release on Nov 30 following a court case that continues to redefine censorship, freedom of expression and Thai "appropriateness".

In 2010, the industry witnessed a historic case when Tanwarin's film was banned by the Ministry of Culture's rating committee for being against "moral decency". At that time, the exact reason or point of concern was unclear, though officials cited the film's allusion to patricide, teen prostitution, a shot of a penis, and a brief pornographic image on a TV screen, as breaching the Film and Video Act of 2008.

The law, passed by the junta's National Legislative Assembly after the 2006 coup, introduced a ratings system for the first time. But Section 29 still allows the banning of films altogether when they are deemed a disruption of national order and public morals -- which Insects In The Backyard fell under. However, this vague description ("public morals") and the failure to initially provide a clear explanation for the ban stirred up a controversy and prompted extensive debate on censorship.

On Dec 10, 2010, Tanwarin organised a mock cremation of his film as a symbolic protest, meanwhile filmmakers, critics, activists and lawmakers openly questioned the law's intention and poor implementation. Some interpreted the ban as a sign of a post-coup curtailing of freedom of expression. 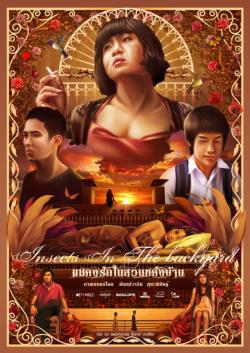 Tanwarin filed an appeal, which he lost, so he filed a suit against the censors at the Administrative Court, asking the ban to be lifted -- the first time a filmmaker took a case through the judiciary process.

The court ruled last year that the ban stood, but it opened a way for him to resubmit the film if he cut three seconds that it deemed as against the law.

"Our current law consists of a ratings system, and also the censor [order to cut] and the ban. Everything. Other countries have just one or two of those."

THE FLIGHT OF INSECTS

The past seven years have been a roller-coaster ride for Tanwarin, now 44, who has since made many more films following the Insects ban. His directorial features include It Gets Better, a 2012 transgender drama that won the Thai Film Director Association Award for Best Film; the 2015 gay-vampire Red Wine In The Dark Night; and last year's A Gas Station that won the Thailand National Film Association Award for Best Screenplay.

Tanwarin is also known for his 2008 short film I'm Fine Sabai Dee Ka, which shows the director dressing up in Thai female costume, sitting in a cage by Ratchadamnoen Avenue, with Democracy Monument in the background. I'm Fine received praise for capturing the post-coup atmosphere in the country, winning top prize at the Thai Short Film and Video Festival in the process.

While Tanwarin is often engaged in films and shorts that challenge the public view on the grounds of both politics and gender, he never anticipated his first feature to be banned for years.

"No one makes movies just to get banned. Filmmaking is a big investment. If you get banned, you're just throwing money down the drain," said the ex-president of the Thai Film Director Association.

"I wrote the script for the film -- reflecting on social issues like LGBTI rights and human diversity -- to make a point that a lot of problems in society are born because people just don't get gender diversity. That created a wall that blocks people from understanding one another," said Tanwarin.

The firm belief in his work, and the desire to prove his intention, made Tanwarin decided to fight for his "baby" to be shown in Thailand, despite some trying to convince him otherwise.

Now, breathing a sigh of relief and looking back to the past decade in quite a positive light, the director views the ban was -- in certain aspects -- beneficial.

"It was a learning experience," he said. "And I learned to look at things from more angles and be more careful when I made my other films. No one wants to get banned twice. But, at the same time, I wouldn't call it self-censorship. It was rather about finding different ways to present the story I want to tell." 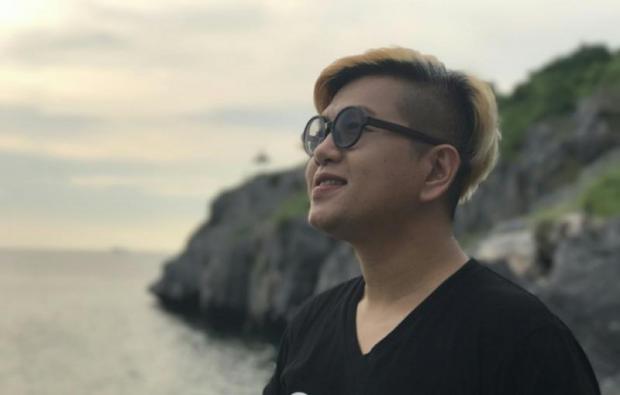 The director also said his case became a public education that both parties -- filmmakers and the film board -- can learn a lesson from.

"I wish for people to learn from the court's ruling and judge whether a certain film deserves to be banned or not," said Tanwarin.

"Insects was indeed a historic case. I know it's not going to be just mine. There'll be more films being banned in the future."

Insects In The Backyard is by no means the first film, nor the last, to be the subject of a government ban in the Kingdom.

In 1997, the Thai Film Censorship Board -- operating under the 1930 Film Act -- banned Ing Kanjanavanit's My Teacher Eats Biscuits, an independent satirical title about a cult that worships a dog as a god, on the grounds that the film was an insult to religion.

In 2007, Apichatpong Weerasethakul's Syndromes And A Century was ordered to cut scenes showing doctors and monks in "inappropriate" conduct (such as a doctor drinking in the hospital, and a monk playing guitar). Apichatpong stood his ground and refused to cut the problematic scenes, and the film was practically banned from release. The case was something of a last straw for the film industry, which saw the 1930 Film Act passed at the time of absolute monarchy as woefully outdated, and a vociferous campaign to update the law and abolish censorship was launched with virtually every industry professional taking part. The "Free Thai Cinema" movement attracted a lot of media attention, domestic and international, and highlighted the flaws of Thai media law.

The campaign, to a degree, led to the passing of the Film Act 2008, which wasn't entirely good news: the new law introduced ratings, but still maintained the state's power to ban films.

In 2012, Ing Kanjanavanit's Shakespeare Must Die, a political allegory based on Shakespeare's Macbeth, was banned in a high-profile case that made news around the world. Again, the censors cited "public order" and "inappropriateness", referring to the film's allusion to the period of the Oct 6, 1976, massacre.

Other films that came close to the chopping block included 2010's Nak Prok and the 2015's Arbat/Arpat. The former is about a group of thieves who ordain as monks to recover money they previously hid on a temple's grounds, while the latter tells the story of a misbehaving monk. Nak Prok received complaints from a Buddhist and peace organisation that it tarnished the image of monks, though it still got a public release with no cut, and eventually making 35 million baht at the Thai box office.

For Arbat, a few scenes were removed from the final cut, and the film's title was changed to Arpat.

Through the years, it seems that the censorship axe has been raised when a film touches on these sensitive issues: religion, politics, monarchy, and -- for Tanwarin's Insects -- sex.

The Thai filmmaking scene has changed somewhat from when Tanwarin's film was banned. The Insects ban, and the media coverage it gained over the years, made people aware of the Film Act, and that there is a procedure one can follow to seek a solution to a ban.

Still, the lack of clarity in the wording of the law leaves the final decision up to the board's discretion, while hot-button topics -- politics for instance -- are avoided by filmmakers.

"The law must stipulate clearly what's allowed and what's not," said Sawitree Suksri, a law lecturer from Thammasat University, back when Insects was banned. "To use a broad term such as 'public morals' is not sufficient."

Tanwarin thinks that it is difficult for filmmakers to pinpoint where the standard lies, as the decision of the board can seem arbitrary.

"The Film Act should support and encourage the freedom in thinking and creativity of film creators and artists, not to limit their rights. We feel it's actually a limitation and deprivation of our rights in filmmaking," Tanwarin said.

"I still believe that one's job as an artist is to create works that draw attention to social issues, so that people will acknowledge it and try to fix it together. Films can serve a higher purpose and be beneficial in an educational sense, not just purely for entertainment. But if we are still deprived of our own freedom, then wisdom won't come. How can a film that generates wisdom be made if its creator is still being deprived of freedom in thinking?"

The director suggested that it's time both filmmakers and lawmakers sat down together to seek a mutual understanding on the issue, addressing any existing loopholes and make it a "win-win" for both sides.

He said that he doesn't believe the government would ever lift the banning of films they deem unsuitable.

Insects In The Backyard will be released at House RCA on Nov 30. A pay-per-view online screening is also available on Mono Maxxx. The film has a 20+ rating.