From blockchain and 5G to the Internet of Things, the coming year will pose challenges and rewards to businesses striving to remain on the cutting edge

In 2018, the digital transformation will continue to influence business as the growing adoption of cutting-edge technologies helps companies shift to a digitally driven model and survive in the era of digital disruption.

The University of the Thai Chamber of Commerce (UTCC) recently forecast that the total value of the country's digital economy will reach 3.15 trillion baht in 2018, up 24.6% year-on-year. That will make the value of the digital economy account for 19.4% of GDP in 2018.

In 2018, the use of technology for business transformation will gain in influence as success stories continue to emerge from one pilot project to the next.

This year, businesses have increasingly had opportunities to gain experience, increasing their confidence in adopting emerging technologies and business models, said Jarit Sidhu, head of operations for IDC Thailand, a technology research firm.

Mr Jarit said digital and mobile payments will increasingly gain influence as Thailand continues its drive towards becoming a cashless society in 2018.

"Thailand is a leading country when it comes to setting quick response (QR) code standards for payments, and it's expected that by 2019 mobile payments will become more mainstream, similar to China and India," he said. 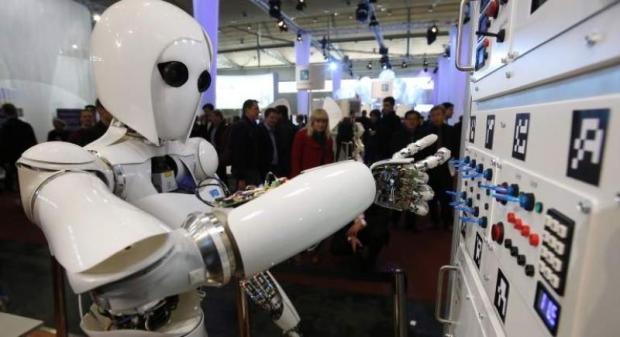 Collaboration between the Bank of Thailand's PromptPay and the Monetary Authority of Singapore's PayNow will boost cross-border cashless payments, as users in both countries will be able to transfer money to each other through their mobile phones.

"The more cashless a society is, the more efficiently that country conducts cash management at reduced costs," Mr Jarit said.

"In 2018, several new device payment systems will be introduced globally," Mr Jarit said. "In the Asia-Pacific region, we will see the growth in IoT banking-based services."

In paving the way for "open banking" and innovation, the technology will further serve the telecom payment ecosystem.

Security will be key in preventing cybercriminals from hacking payment-enabled devices, according to Telenor Research.

Most organisations in Thailand will focus on data utilisation, or any technology that facilitates greater efficiency such as IoT, big data analytics, AI and machine learning.

There will also be real-use cases of IoT, rather than pilot projects or small-scale proofs of concept, as the telecom regulator has approved the allocation of the 920-925MHz frequency for using IoT devices, thus boosting confidence for developers and importers of them.

The 900- and 1800-MHz bandwidth spectrum auctions will also help prepare for 5G technology. Due to its low latency, 5G technology can serve millions of IoT devices, including CCTV and autonomous vehicles.

Unlike payments, Mr Jarit said, AI, VR and blockchain need 3-4 years to gain momentum. In the AI space, there will be voice assistant and chatbot technology to reduce human tasks via automated functions.

At the global level, Telenor Research said blockchain technology is struggling to break out of its cryptocurrency cradle. Blockchain is best known as the technology behind bitcoin, a digital currency that doesn't need a central governing body to guarantee transactions.

One of the perks of blockchain is that it is, by design, resistant to modification. But this also brings about the challenge of diversifying its practical applications. To create more varied and usable blockchain-based solutions, developers need to be able to modify it, sort out bugs, upgrade technology and make widespread engineering decisions.

Industry agreement must be reached about all of this. But the point of blockchain is that it avoids the need for a central governing body to oversee its transactions. This is known as the "blockchain governance paradox". The blockchain industry will need to resolve these challenges to fully deliver on its promises.

Telenor researchers also predict a surge in the number of AR applications in 2018. With its latest version of the iPhone operating system, Apple has built-in support for augmenting whatever the phone's camera captures with additional information.

The upshot is that much of the complexity is removed for programmers, and AR suddenly gets to be within reach for hundreds of thousands of iOS app developers.

Telenor Research noted that sneak peeks of 5G in action will come courtesy of February's Winter Olympics in South Korea.

Mobile users can register for 10 free gigabytes of data usage, starting from April 10, as part of a public assistance scheme during the Covid-19 crisis, according to the National Broadcasting and Telecommunications Commission (NBTC).

Up to 40 more labs will be given approval to run tests for Covid-19 infections nationwide by the end of this month, according to the Department of Medical Sciences.