Indian emigrees who spawned a real estate and hotel empire play a leading role in key social projects and are hardy supporters of the Thai-Muslim community, writes Ekkarat Mukem

right  The Nana family finances numerous projects. Some provide care for the sick and elderly with volunteers making regular visits to those who are bedridden at healthcare facilities.

Ever wondered why there's a BTS Skytrain station called Nana? What about Sukhumvit Soi 4 going by the same moniker? Meanwhile, foreign tourists like to be shocked by Nana Plaza, one of the most famous red-light districts in Bangkok that adopts the same family's name.

One ambitious Indian family used to own so much of the land in this part of the capital, which neighbours Siam Square, the closest thing Bangkok has to a downtown area, that streets and other infrastructure were named after it.

The Nana family is still incredibly influential and has come a long way since they migrated from India during the reign of King Rama IV and established trade links with the Royal Palace.

However nowadays it is respected as much for its philanthropy and contributions to the Islamic faith as for its real estate and hotel dealings.

"My great grandfather once sold Indian-made cloths to the palace," Manas Nana, a fifth-generation heir, told the Bangkok Post. "He was granted the noble title of Phra Phichet Sanpanit."

In Thailand, the prefix "Phra" suggests Thai civil nobility and is often adopted by senior monks.

The family's immense wealth is underpinned by a sense of religious devotion and strong links to the Muslim community. 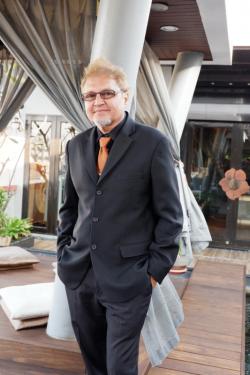 above  Manas Nana is a fifth-generation heir of the Nana family. The family runs many charitable projects and foundations that work for social causes.

It amassed much of its fortune from its shares in Stock Exchange of Thailand-listed Siam Cement Group, Thailand's top cement maker.

In fact, family scion Sak Nana ranks as the 15th-biggest shareholder with 6.7 million shares, giving him 0.6% control of the group. With shares trading at 480 baht as of Thursday afternoon -- the family are "baht billionaires" more than three times over just from their holdings in Siam Cement.

They also still control vast tracts of land in prime locations in and outside the capital.

So what makes them stand out? Sources close to the family say it is because they recognise that people matter just as much, if not more than, money.

The family, which cuts office hours for its staff by 60 minutes a day during the holy fasting month of Ramadan, is involved in several social projects carried out in line with Islamic doctrine.

"At the heart of it, religious teachings form the core of our business management," Mr Manas said.

"All the employees at our companies are 100% Muslim, except for our hotels, where we hire both Muslims and non-Muslims."

The Nanas have set up several organisations to improve the lives of Muslim families. Several years ago took control of the Tuan Suvannasat Foundation, which educates people about the Koran and works to preserve Muslim arts.

"The foundation was founded 26 years ago," Mr Manas said. "We started as a small club with only a few participants but it has grown bigger over the years. Religious academics are [often] invited to give lectures there."

Its headquarters are located at the Anjuman Islam auditorium on Charoen Krung Road. The plot was once owned by his grandfather, who donated it to Tuan Suvannasat, the late chief of a large Muslim group in Thailand. 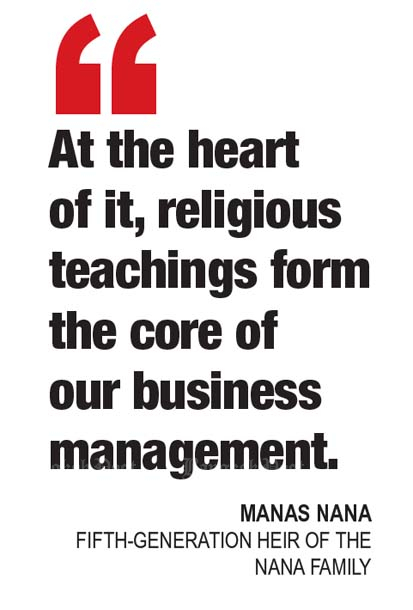 The 150-year-old building, now being renovated, is also home to the Hafiz Quran School and, soon, the Prophet Mohammad Museum. The museum will feature Islamic arts and biographies of the world's leading Islamic academics. It will also detail the history of the Chularatchamontris, the spiritual leaders of Islam in Thailand.

The title was first used in the Ayutthaya Kingdom when King Songtham (1611–1628) was appointed Sheikh Ahmad.

Another of the family's charities, the Waqf Fund, was set up to provide land to those seeking it for worthy religious purposes.

It has funded mosques and ponoh (schools that teach and promote Islam) nationwide, with grants of one million baht not unusual.

"The family set up a committee to oversee the fund and this supervises all of the construction projects ... to ensure the money is disbursed properly," Mr Manas said.

The family also registered a Zakat Fund to help orphans and victims of natural disasters; sends money to those suffering as a result of the security violence in the far South; and donated money to build a 62-bed hospital in India. 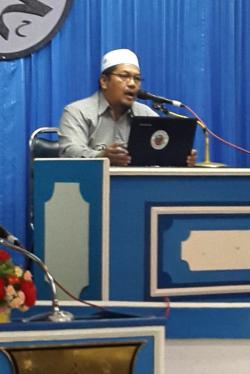 Mr Manas has several roles in the family business: He is the president of Nouvo City Hotel in Bangkok's Bang Lamphu and an executive at N Ventures, Surat Land and Randery Braramakran Co.

After earning a bachelor's degree in economics from North-West Missouri State University in the United States, his first dip into the business was managing an apartment in Phra Nakhon that was later developed into the New World Lodge.

The hotel's name was later changed to the Nouvo City Hotel -- a 100% halal property that prides itself on catering to Islamic sensibilities.

When Mr Manas' great grandfather first arrived in Thailand, the family dealt in woven fabrics similar to the saris made by Turkish and Arabian weavers in India.

In ancient times, only royal family members and high-ranking state officials were able to wear apparel made from such exquisite fabrics.

As such, the family -- still known at the time by its Indian name, Thepadia -- was granted trading privileges by the palace.

"My great grandfather once won an audience with King Rama V. Legend has it he took his kids along and they were complete rascals, so he told them, 'nana, please behave'," said Mr Manas.

Upon hearing this, King Rama IV urged him to change his surname to Nana as it was so much easier to pronounce and more Thai-friendly. The family finally acquiesced when King Rama VI was enthroned.

Poring back through his family's storied history, Mr Manas said the first house they owned in Thailand was near the Goowatin Mosque by the Memorial Bridge in Phra Nakhon district. That was about 160 years ago. They still own it.

The original property spanned 14 rai along the Chao Phraya River, 3 rai of which was gifted to the Royal Household Bureau so it could build a monument to the Princess Mother Srinagarindra. The monument still stands.

Later they moved to the Sukhumvit area -- now home to some of the most expensive real estate in Bangkok.

The family business diversified under Ahmad Ibrahim Nana, Mr Manas's grandfather, who branched out into the lucrative sugar trade with Indonesia.

Besides the riverfront plots, the Nanas have donated several pieces of land to various agencies. This has helped build: The Siam Society under Royal Patronage, the Princess Mother Memorial Park in the Chatuchak area, and Pakchongnana Hospital, which spans 60 rai in Nakhon Ratchasima.

But Mr Manas' grandfather was best known as a land developer, possibly Thailand's first of the modern era.

The business took off in 1930 when it snapped up a large tract of land stretching from Soi Sukhumvit 1 to the Watthana intersection.

Local alleys were named after the family but these were later changed to the names of prominent state officials -- all friends of the family -- due to fear of creating an ethically isolated community.

In recent years, cutthroat competition in the real estate industry has pushed the Nana brand aside. Mr Manus refers to them as "a sleeping dragon" and says the family is "geared up for the real estate race".

"Plans are afoot to start new building projects and buy more land even though we still have several plots on our hands," he said.

They aim to launch new projects every year in Bangkok and provinces such as Pathum Thani, Chon Buri, Prachuap Khiri Khan and Krabi, he added. 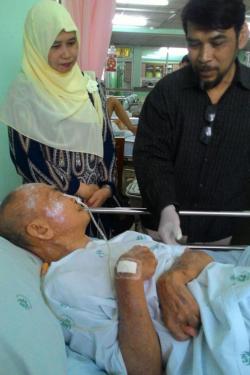 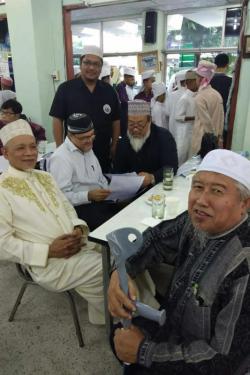 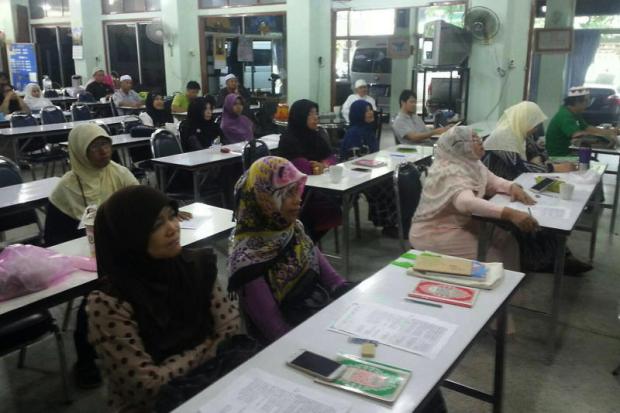 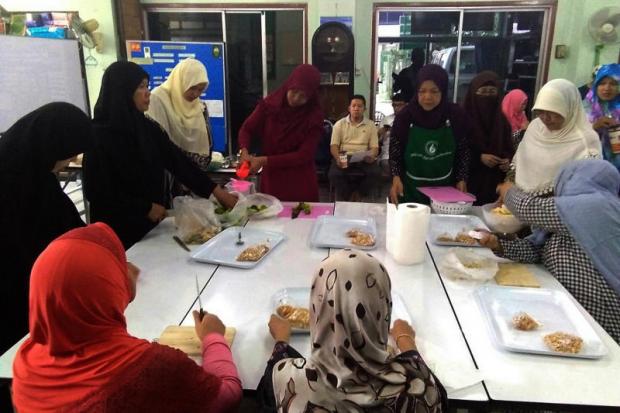 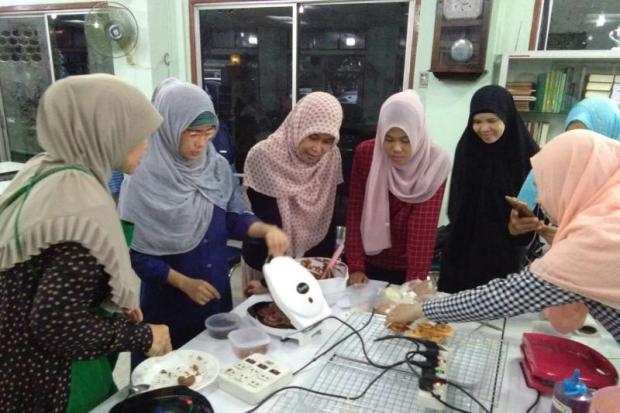 The family founded the Islam for Faith and Social Development Fund to educate women on home science and Muslim residents about the Koran. 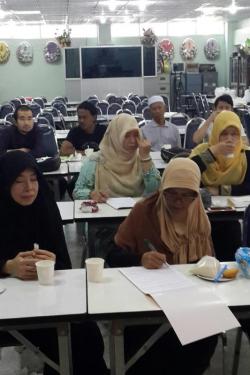