The Kra Canal project connecting the Gulf of Thailand to the Andaman Sea in the South has experienced stops and starts for decades now, with still no strong signs of it moving forward. But one advocacy group of retired military men still cling to the hope it can be done.

For the past two years, the Thai Canal Association (TCA) has upped efforts to persuade Prayut Chan-o-cha's cabinet to finally implement the mega canal plan also known as the "Thai Canal" project.

"Our aim now is to demand the government set up a panel to conduct a feasibility study of the canal, which would be our first step," said former second army region commander Thawatchai Samutsakorn, who now serves as the TCA vice chairman.

He raised the issue in a recent talk with Prime Minister Prayut, who like him graduated from the 12th Class of the Armed Forces Academies Preparatory School and 18th Class of Chulachomklao Royal Military Academy.

However, the prime minister refused to make any promises about the plan.

"I have talked with Gen Prayut several times. He said he has only come to power temporarily so he cannot afford to address the issue," said Gen Thawatchai.

In their talk, he warned Gen Prayut that the failure to implement the project would result in the country's economy taking a step backwards and lagging behind regional players.

"We would eventually be left standing in last place among Asean countries [without the Kra Canal project]," said Gen Thawatchai. 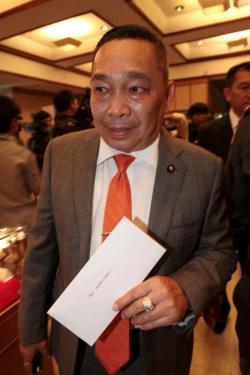 He added that the prime minister said the project required a feasibility study and further understanding about its impact on people and communities, particularly in the South.

Despite being repeatedly turned down, Gen Thawatchai has continued to voice his belief that the project should be started now under the guidance of the current military government.

"If the canal project cannot be implemented under this government, there is no hope that it will be driven by a future elected government," said the former second army region chief. "When there are opposition parties involved, they are bound to oppose it without considering the benefits for the country and the people."

Besides offering a fresh boon to the economy, he added the project would be complementary to the Eastern Economic Corridor (EEC) project currently being driven by the government.

Gen Thawatchai noted the project would make lots of revenue by charging commercial ships sailing through the canal.

"If we make the Kra Canal, we can become an Asean leader," Gen Thawatchai insisted.

Since former prime minister Thaksin Shinawatra set up a panel to conduct a feasibility study of the canal in the 2000s, the project has stalled, but that hasn't stopped its advocates from trying to keep it moving forward.

Alongside several academics and military officials, Gen Thawatchai formed the TCA in an effort to realise their shared vision of a new economic channel.

The TCA is chaired by former army chief of staff Pongthep Thetprateep, who also serves as secretary-general of the General Prem Tinsulanonda Statesman Foundation. He is also deputy at the association is Gen Pradit Boonkerd. Maj Gen Sornchai Kaewnop is the TCA secretary-general.

The TCA has held talks about the canal project with businesses from China, Japan and Germany expressing interest in it. An association of Chinese businesses has also agreed to support TCA's advocacy work.

However, Gen Thawatchai says the Chinese government does not want to become the leading advocacy figure of the canal so it has tasked private sector-based delegates with pushing the project.

The TCA has presented several campaigns to the Chinese business association to seek funding along the way.

Among the campaigns has been the public hearing over the proposed "9A" canal route, which would start in Koh Lanta and Khlong Thom districts of Krabi, and extend to Wang Wiset district in Trang by the Andaman Sea. The route would extend onwards to Bang Khan, Thung Song, Cha-uat and Hua Sai districts in Nakhon Sri Thammarat and up to Ranot district of Songkhla, next to the Gulf of Thailand.

"After all these campaigns, I can say that people in these areas seem to support the digging of the canal," said Gen Thawatchai.

He added the TCA has reached out to communities in other regions, including the Northeast, to foster understanding about the project's potential benefits.

The TCA has reached out to provincial governors, including those in the 14 southern provinces, to promote the project. A letter was also sent to the fourth army regional unit in the deep South, and the government to affirm the public's interest in seeing the canal project realised.

Gen Thawatchai says that once Gen Prayut is convinced of the public's support for the project, the case can be transferred to the Transport Ministry's Marine Department to look into it. 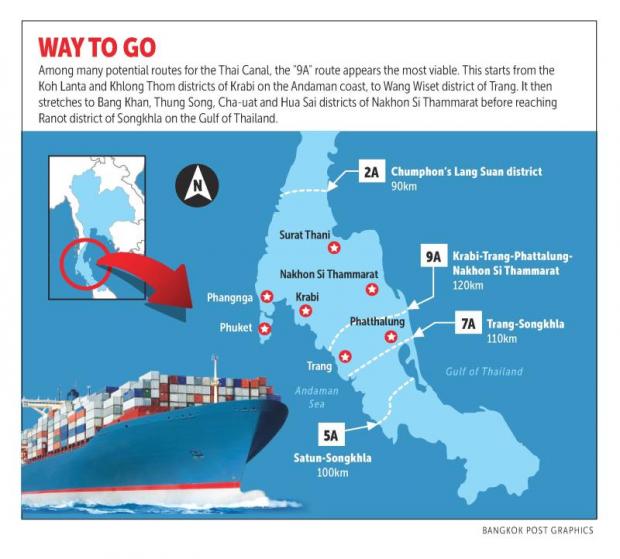 He said he also spoke with Deputy Prime Minister Somkid Jatusripitak about the project. The deputy premier agreed with the principles of plan, but like the prime minister, he said that now is not the right time to implement it.

One of the concerns about the Kra Canal project relates to security. Some fear that separatists in the Deep South would exploit the project by growing the insurgency beyond the region.

Gen Thawatchai says that these fears will dissipate as the public increases its understanding of the project.

Besides the canal itself, he says that two bridges would be built across the channel, alongside an underwater tunnel. The earth dug out from the canal would be used to create two islands, where basic infrastructure can be built, alongside tourist attracts and hotels.

"If villagers have money [from these economic projects], they will avoid joining insurgency groups," said Gen Thawatchai. "Soldiers will also take care of any dangerous situations in the area. There is nothing to be worried about."

Last year, he wrote to Gen Prayut to explain the canal would not aggravate the isolation of the deep South, which he called an outdated concern.

On potential objections from nearby Singapore, which could suffer a declining number of freight ships in the Strait of Malacca due to the Kra Canal, Gen Thawatchai argues that the canal could actually do the city-state a favour.

Singapore is currently dealing with boat overcrowding, with ships having to wait in queues of up to as long as up to seven days before passing through the strait. The project could thus help ease traffic congestion.

FOR THE GREATER GOOD

The TCA does not personally gain from the Kra Canal project, says Gen Thawatchai. The group is motivated by its goal of alleviating poverty and promoting prosperity.

"China, Germany and Japan are all interested in the project's investment," he said. "About 2 trillion baht is estimated to be needed to create the canal, the construction of which could take between five to six years.

"My [TCA] group may die out before the project is completed but we want to make this happen for younger generations and their future. We personally do not reap benefits from pushing for the canal project."

If the government continues to stay mum on the project, the TCA says it will attempt to gather 50,000 signatures in support of the canal to pass onto the cabinet for consideration.

At the very least, Gen Thawatchai says, the government should set up a committee to conduct a feasibility study of the project as a first step in weighing its outcome.

In an international conference on the Kra Canal project at King Mongkut's Institute of Technology Ladkrabang in September last year, Thai and foreign academics at the event made the calculation that the 135km canal project could create up to 5 million jobs.

Two canals could be built along the 9A route, said meeting attendees.

For the first five years of the project's operation, 150 ships can be expected to pass through every day. The number could rise to 300 after five years.

The two man-made islands made of the earth dug out from the canal sites could also be significant sources of revenue, offering an event-hosting warehouse space and tourist attractions.

Other projects could include a new airport in Nakhon Sri Thammarat's Thung Song district, and two sizeable ports in Trang and Songkhla.

Finally, a multinational public company could be formed to seek funds for the canal project, conference attendees noted.

IN THE PUBLIC'S INTEREST

Canal campaigners have travelled across Thailand to hold seminars about the project-in-waiting. 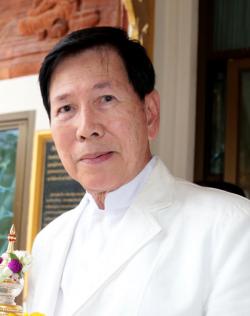 "We have organised several events to meet up with people in the South over the past two years in order to sound out opinions from all sides," said TCA Chairman Gen Pongthep.

"The feedback was beyond our expectations. People who we talked to paid attention to us and wanted the project to materialise."

Besides the new ship channel, the areas along the proposed 9A route could be developed into a special economic zone where a cluster of different development projects, including industrial estates and power plants, can be set up, he says.

Gen Pongthep says he wants the military government on board for the project.

"The government should not be afraid of those who have different views," Gen Pongthep said. "Public hearings about the project can be held to talk about it. This is the right moment and chance to proceed with the project. If we do not do it now, how long will we have to wait?" 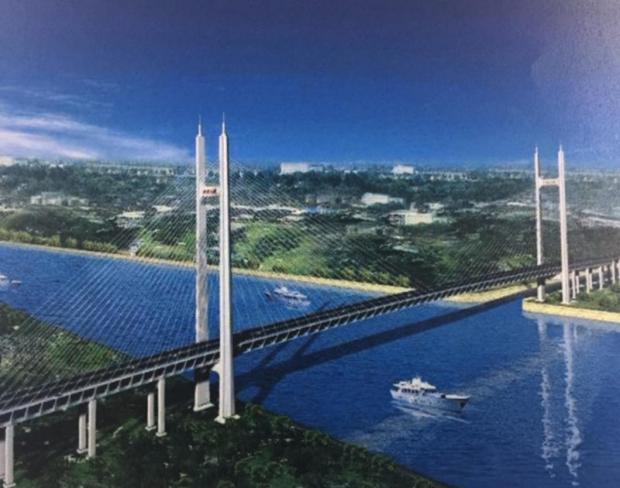 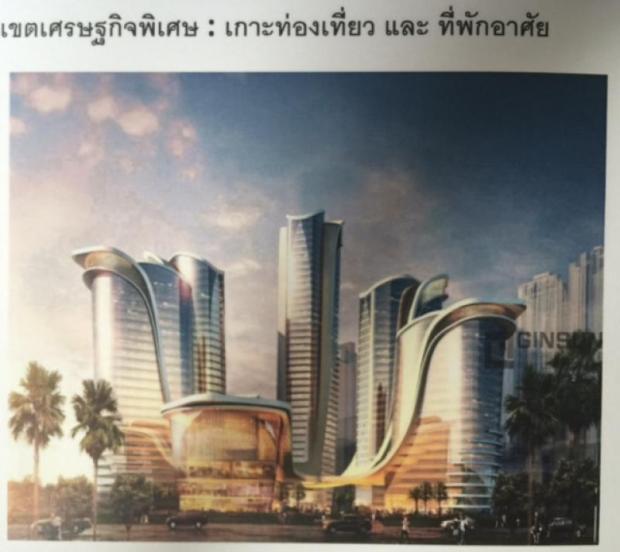 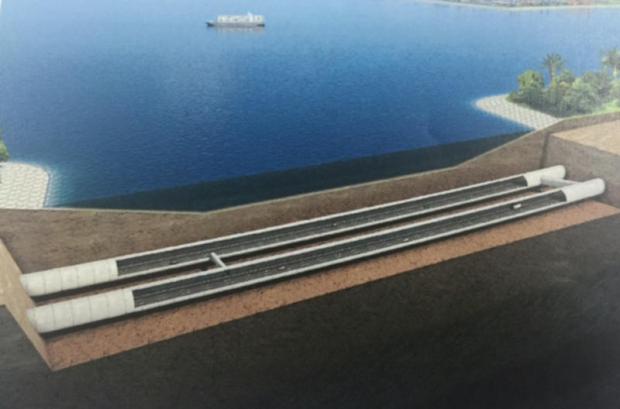 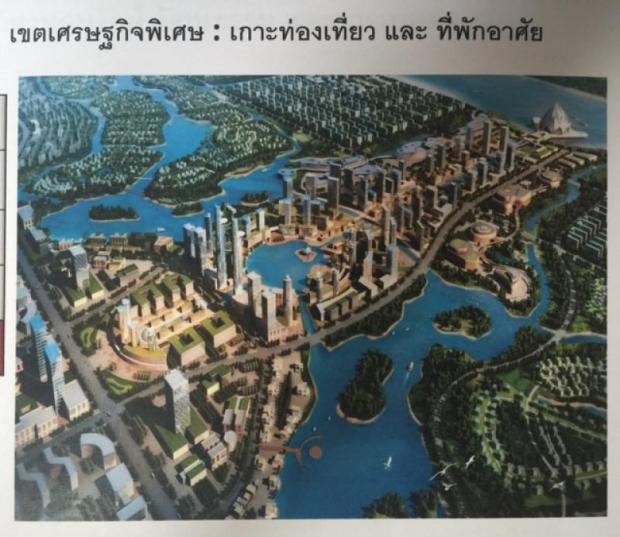 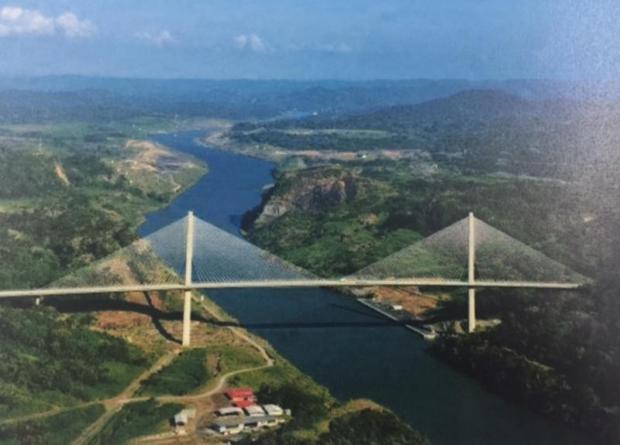 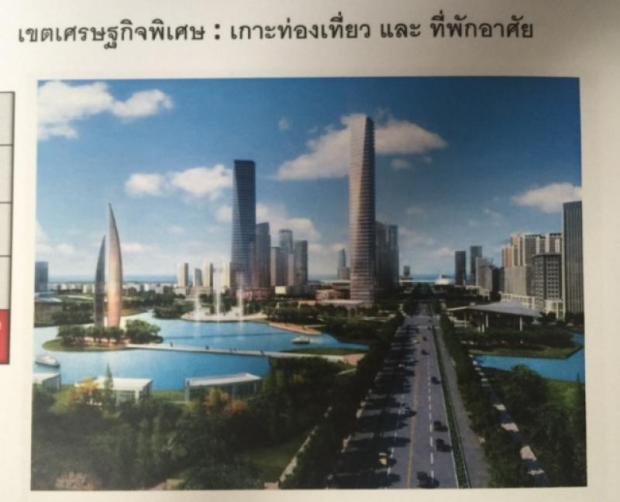 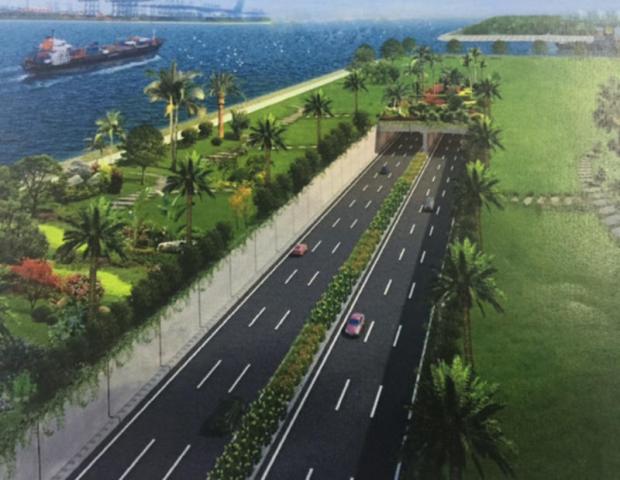 according to plan: Blueprints of the Kra Canal project, which has experienced several starts and stops over the decades. The plan has been plagued by security concerns in the deep South. photos: WASSANA NANUAM