ABOVE Bangkok governor Aswin Kwanmuang has re-submitted the old draft of the BMA's regulation on wastewater treatment fee collection. (Photos by Apichart Jinakul)

City Hall has dusted off a draft regulation to impose a wastewater treatment fee on Bangkok residents, 15 years after it was first flagged.

Like it or not, the regulation is expected to win approval by the Bangkok Metropolitan Administration's (BMA) executives by the end of April. When endorsed, the regulation will take effect in no later than a year.

Wastewater has undermined the capital city's environmental reputation. Once dubbed as the Venice of the East, once clean canals in Bangkok have been inundated with wastewater discharged from households, factories and buildings. The BMA approved a policy to collect a treatment fee for wastewater in 2004, but the policy failed to materialise into a fee, as city officials did not follow through.

Bangkok governor Aswin Kwanmuang resubmitted the old draft of the BMA's regulation on wastewater treatment fee collection to the Bangkok Metropolitan Council on Oct 10 last year, along with a request to review it one more time and more carefully, a source at the BMA told the Bangkok Post.

The council is due to discuss the matter in April and expected to approve the draft regulation before forwarding it to the BMA's executive to consider endorsing it.

If things go as planned, the regulation, after being acknowledged by the Interior Ministry, will be published in the Royal Gazette. Six months after that, the regulation will then take effect.

But not all households in the city will need to pay the fee. According to the regulation, the treatment fees will be imposed on only 21 of the city's 50 districts because the BMA's eight wastewater treatment facilities now are capable of serving only these 21 districts.

Households and buildings in these 21 districts will be divided into three groups for the purpose of collecting the fee.

The first group deals with households in general while the second group includes office buildings.

Buildings in the second group include those belonging to state agencies, companies and international organisations, charities, religious organisations, hospitals, schools and other types of educational institutions, apartments, condominiums, dormitories and other types of shared accommodation; and businesses with a record of using no more than 2,000 cubic metres of water a month in the year before the fee collection begins.

The third group includes large scale commercial users such as hotels and factories with a record of using more than 2,000 cubic metres per month in the past year or on average.

"On average each person uses about 200 litres of running water per day, so if one family has five members, the estimated amount of water used per month will then be 30,000 litres, or 30 cubic metres. So, 80% of it is 24 cubic metres and when multiplied by two, the fee for this household will be 48 baht," the source said.

The BMA's executives are expected to decide to waive the fees for the first group for a year or two.

In this case, the revenue which the BMA projects to earn from the fees on the second and third groups will be 600 million baht per year. When the first group is included, that increases by 200 million baht a year.

"The city needs to work and invest a huge sum of money if we want to expand wastewater treatment network to all 50 districts," he said.

As for the collection of the fees, the BMA will have to outsource the work to a party hired to deal with tasks that include calculating and collecting the fee for the BMA, said the source.

He said the idea to collect the fee has been long delayed because of political reasons.

"The politicians didn't want to risk losing votes," he said, adding that if implemented, the fee was likely to spark a debate over unfairness because not all areas in the city will have to pay it.

The BMA and the Metropolitan Waterworks Authority (MWA) have been unable to reach an agreement on the former's proposal for the latter to handle the fee collection, which has also delayed the fee proposal, the source said.

The BMA thought the MWA should do the job because it is already handling the billing of the tap water for the city and it would make more sense if the MWA simply added wastewater treatment fees to the water bill, he said.

But the MWA disagreed, saying it wasn't its job. "The MWA didn't want to take the blame politically for something that didn't actually concern it," the source said. 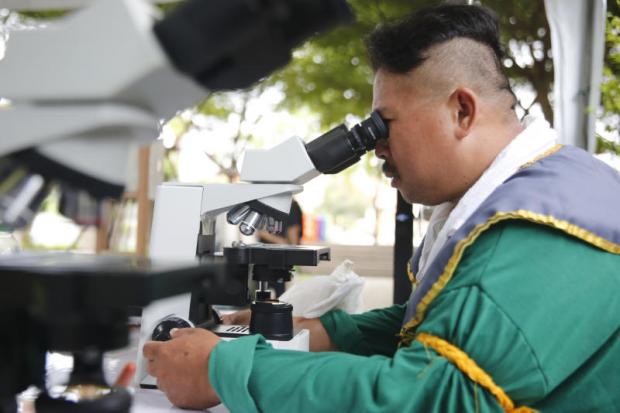 Once known as the Venice of the East, Bangkok is now better known for its sewage and garbage. The lack of a wastewater treatment facility isn't the only reason. Only 21 out of 50 districts have their wastewater treated properly. 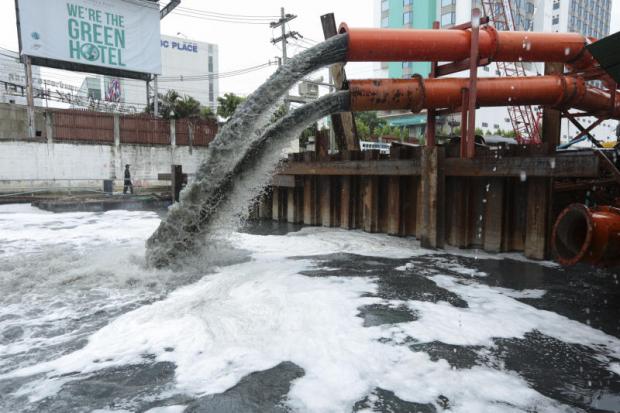 Once known as the Venice of the East, Bangkok is now better known for its sewage and garbage. The lack of a wastewater treatment facility isn't the only reason. Only 21 out of 50 districts have their wastewater treated property.