While on-board internet still entails a fairly hefty price tag, the days of cheap online access for most air passengers are just on the horizon.

On-board WiFi service is set to become the rule rather than the exception in the lucrative connectivity industry.

Air passengers putting their phones and tablets on flight mode are set to be a thing of the past as on-board WiFi service becomes the rule rather than the exception in the hugely lucrative connectivity industry, says an executive at Inmarsat, the British provider of global mobile satellite communications.

That which is new is usually expensive, as is the case with on-board WiFi service. But it will not stay that way for long, Frederik van Essen, senior vice-president for strategy and business development of aviation business at Inmarsat, told the Bangkok Post on the sidelines of the 74th International Air Transport Association (IATA) annual general meeting and World Air Transport Summit in Sydney earlier this month.

"With a lot of people in the cabin, it is more affordable to offer WiFi on board, which is opening up the market," Mr van Essen said.

In-flight broadband could tap into the US$52-billion (1.7-trillion-baht) market in Asia-Pacific by 2035, according to data released from the report "Sky High Economics: Quantifying the Commercial Opportunities of Passenger Connectivity for the Global Airline Industry", carried out by the London School of Economics (LSE).

The report, based on IATA data and industry sources, said airlines around the world stand to gain from ancillary revenue once the in-flight WiFi services are freely and widely distributed.

New revenue streams could come from broadband access charges, e-commerce and destination shopping, advertising from pay-per-click, and premium content such as live content and on-demand videos, the report said.

Alexander Grous, of the LSE's Department of Media and Communications and the writer of the report, said internet technologies are a game-changer in terms of the travel experience for passengers.

Mr Grous said there is $10 billion in new revenue streams on the cards for airlines to compete for. Reflective of the IATA passenger growth forecasts, this figure outstrips those predicted for Europe and North America, of $8.2 billion and $7.6 billion respectively.

At present, some big airlines like Emirates offer 20MB of free WiFi for the first two hours across all portable electronic devices on most flights. But customers have to be part of the airline's Skyward loyalty programme to receive the free service. For non-members, first class, business class and economy class get up to 150MB of data for $9.99 and up to 500MB of data for $15.99.

For United Airlines, the so-called dynamic WiFi pricing varies from flight to flight. But internet video streaming and video clips and streaming services provided by over-the-top media services providers such as Netflix, Hulu, HBO Go, YouTube and Vevo are unsupported.

Mr van Essen said the expenses, and in some cases privileges, of staying connected when airborne are giving way to roaming agreements between mobile phone operators and on-board WiFi providers. This will allow for mobile phones to work in flight as they do on the ground.

Mr van Essen said the fruit of the development will be in the launch of in-flight WiFi packages that are incorporated into regular mobile phone subscriptions. This will remove the hassle of using credit cards to pay for on-board WiFi sessions.

As a commodity, on-board WiFi is adopted differently by airline segments. Mr van Essen said full-service carriers see connectivity as a brand enhancer, since it comes across as a premium item being added to in-flight products and services.

But with the low-cost carriers (LCCs), the name of the game is to turn on-board connectivity into a driver of supplementary revenue.

"AirAsia is very vocal about saying that they are not going to be selling more tickets," Mr van Essen said. "Today, they might be making about $70 per passenger in ancillary revenue, and this [in-flight WiFi] can help raise that figure to $90." (Inmarsat supplies equipment to AirAsia.)

LCCs have expanded robustly in the Asia-Pacific region, which, according to Mr van Essen, is by far the fastest-growing aviation market in the world. Inmarsat's aviation communication technology business unit aims to grow into a billion-dollar enterprise over the next decade. The unit recorded 40% expansion last year.

Inmarsat said it remains in talks with both national and low-cost carriers across the region, including airlines in Thailand.

Essentially, it is an investment-intensive and highly-specialised business to run, though that may be a blessing in disguise for the company, Mr van Essen said.

"You need a lot of capital to launch satellites and the ground stations and to design the networks for them," he said. "It's not easy to make a sustainable business out of this. Most of our competitors are quite struggling financially."

But from a technical point of view, it will be some time before innovative developments permit the on-board systems of large planes to accommodate simultaneous streaming by every passenger of, say, the A380, the world's largest commercial aircraft, capable of seating more than 500 people.

People can currently stream their own content only in single-aisle aircraft with fewer passengers.

Mr van Essen said the technological advances in on-board WiFi connectivity could eventually reach a point where airlines dismantle the in-seat screens and passengers bring their own portable electronic devices to watch movies or have an in-flight video chat. He noted that the in-seat TVs are expensive to buy and replace, are heavy, and quickly become outdated.

But technology and money alone don't guarantee seamless connectivity. To switch on and stay on, in-flight passenger communication needs regulatory licences from the countries the planes fly over.

For years, the company has been seeking a licence from India, which has thus far been unwilling to give the green light.

"There is a whole list of conditions the company has to meet to obtain the licence," Mr van Essen said.

In the meantime, WiFi connections are switched off over Indian airspace.

Mr van Essen said he expects India to "come around" this year.

Meanwhile, Bangkok Airways said the decision to commercialise on-board WiFi service depends on an airline's route network. The airline said it operates mostly short-haul flights that might not make it investment-worthy to launch on-board WiFi.

"But the investment will be given consideration if and when we decide to fly longer haul routes," Bangkok Airways said in a written statement. 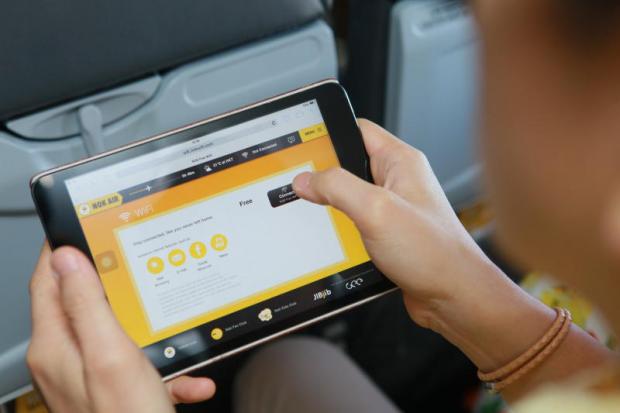 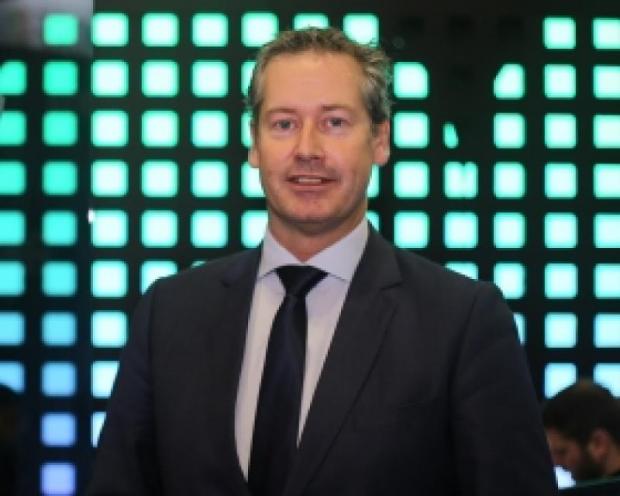