As K-pop breaks into the Western music scene, it is also trying to create localised hybrids in the Asean market

The wave of K-pop has seeped into the lives of people throughout Asia and the world. Its soaps, movies, music and fashion trends have dazzled, influenced and merged into the local entertainment scene in different places. We've seen K-pop music like the viral Gangnam Style take over the world and artists like BTS storm the US Billboard charts with their music. Recently, a K-pop gathering in Oakland, California, drew thousands of fans.

There have been attempts for years, not simply to export and broadcast this content internationally, but to go further and localise it. In Thailand, we have seen remakes of classic K-dramas like Autumn In My Heart, Full House, My Girl and soon You Who Came From The Stars which is currently in production. In films, we saw Davika Hoorne starring in Suddenly Twenty, a remake of the Korean hit Miss Granny, which also sparked other reincarnations in China, Vietnam, Japan and Indonesia.

In music, the cross-cultural business model also operates in different dimensions. We see some Thai-born artists such as Nichkhun of boy band 2PM, Bam Bam of GOT7 and Lisa of girl group Blackpink becoming part of the K-pop scene.

At the same time, the sound and style of K-pop has affected the Thai pop music of younger generations in recent years. In return, there have been South Korean talents gaining traction in the Thai pop scene in Thai-made groups with K-pop influence. Examples include the now disbanded K-Otic, a boy band of five with members of Thai, Thai-Japanese and South Korean descent.

The latest cross-cultural music group in that vein are Thailand-based Rose Quartz, a girl group with five members from South Korea, Thailand and Myanmar. The project is helmed by South Korean producer Choi Jong-hwan, president of 0316 Entertainment, who has expanded his company to the Big Mango. Previously, he also produced boy band 316 Three One Six, with five Thai members and two Korean members.

Choi's company first came to Thailand in 2012 to organise street dance and B-boy competition. He said he was surprised to see lots of energy from the young crowd, and that they were very good looking, too.

"In Korea, people have so much determination. But in Thailand, I think people look happier as they dance and work. They have high spirits when they do things. So I thought that if we could give the existing system of training and all that was already established in South Korea, and if we were to apply it here, I think Thai kids would be able to develop really fast," said Choi via an interpreter. 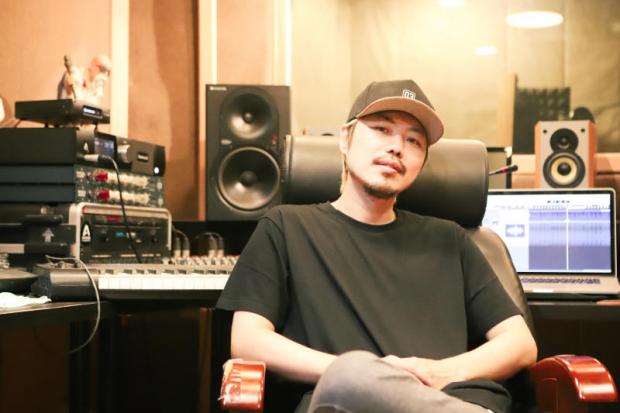 He pointed out his prodigy dancing girls Rose Quartz, who have been sourced through auditions and star contests. The girls have since released two singles, garnering a sizeable fan base in Thailand, and a much larger following in Myanmar. Their music style is a fusion of South Korean beat and easy-to-sing-along melody that Thai people are fond of.

"I think it's our identity, too. The best of both worlds. We take the charm of each music style and make it as one," said Choi.

Language has proven to be one obstacle both he and his singers have to face. Rose Quartz sing and rap in Thai, English and Burmese, and plan to also release Korean versions. From his perspective as a producer, with his limited knowledge in Thai and Burmese, Choi admitted he's also not sure if the singers were pronouncing words clearly in the recording studio or not. In the end, each member had to rely on one another to cross check the other person's language.

"K-pop also wants to reach more local listeners," he continued. "In concerts, you could see artists singing local songs to please their fans. I want to reach local listeners, too, with songs in local languages even though that made working more difficult."

Like its fusion music style, the training the girls received before their debut was also a mix of the Thai and the Korean approach. Working in a different country requires a lot of adaptation to suit the local context and culture. Rose Quartz would train for a few hours a day, then take a break in what the producer termed "short but quality" training, as opposed to going at it 10 hours like in South Korea.

"The system we have in Korea can be very serious and strict," he commented. "People feel they need to work hard, to imitate what they perceive as the good standard and keep pushing themselves, which isn't always a good thing. There are lots of comparisons and competition going on, and I don't think that system -- in its entirety -- would work in Thailand. We did tone things down a bit to fit a more easy-going nature of people here."

"The weather is hot, too, so we do like to chill out a bit," he added with a smile.

"However, this is not to say one is better than the other. We're just adapting what works best with each country."

For a South Korean company to find its place within the Asean market isn't always easy, according to Choi. The entertainment industry in South Korea is much bigger, giving more opportunities for smaller companies to make their break into the scene. He compared that to Thailand, which is largely dominated by a few large companies, while smaller ones tend to struggle.

Nearby in Myanmar, it's another story altogether, as there's not many media channels to begin with, and also a limited of spaces artists could perform in publicly. In marketing for the country, Choi said the company partners with Myanmar's own JBJ Entertainment, and eventually used social media as a way to reach people.

"Internet can be slow there, so people tend not to go online much. However, what's fast is actually Facebook, and so people use that a lot. In a promotion of our music videos, we put our clips on Facebook, because people watch it more on that platform."

He added that it's also quite a universal trend that people everywhere are now eyeing the entertainment industry in Asia, and especially Asean, with interest.

"The landscape is more open now with Facebook and YouTube. In the past, people looked more to the West due to availability and exposure on TV. But now in the social media era, everything is open. People then began to learn more of music from other countries, and also realised more that talents don't exist just in the US and Europe. If anybody is good, they will soon surface on the world's radar."

This growth in interest in Asean has also been showing at Thai companies. Recently, GMM has put up an announcement that they are seeking new actors from within AEC. TV shows like The Face Men Thailand also held an audition in Myanmar looking for contestants for its second season, and officially opened the competition for men regardless of nationality. The future of entertainment looks to be very open towards cultural diversity in the region.

Choi also called Thailand a "hub of possibilities" with a lot of potential when it comes to entertainment.

"Thailand is quite sensitive to the world's markets and trends. It's a tourist country. It has a strong sense in picking up and realising what the world market needs. People are also more open to new trends.

"Even in Korea, people know that Thais have a lot going for them. They have seen Thai figures becoming K-pop idols. The talent has been proven. At the same time, Koreans have yet to realise that about the rest of Asean just yet, like Vietnam, Myanmar or Cambodia. But they will."