The Samrong-Samut Prakan rail extension will soon begin operation. With the elevated trains, several attractions will be easy to reach

This decommissioned Grumman HU-16 Albatross seaplane is one of the outdoor exhibits at the Naval Museum, which is literally a stone's throw from the Rongrian Nai Rua Station, named after the Royal Thai Navy Academy on the other side of the station. The museum is open every day, except public holidays. Admission is free. Pongpet Mekloy

The Green Line rail extension (Samrong-Samut Prakan) will be operational on Dec 6. That's next Thursday. The new section of the elevated railway, which connects with the east end of the Sukhumvit Line of the BTS marks the return of trains to Samut Prakan, also known as Pak Nam, which 125 years ago during the reign of King Rama V boasted Siam's first railway. The Pak Nam rail route connected the coastal city at the mouth of the Chao Phraya River with Hua Lamphong in Bangkok. It stopped operation in 1960, giving way to road transportation that became more popular. 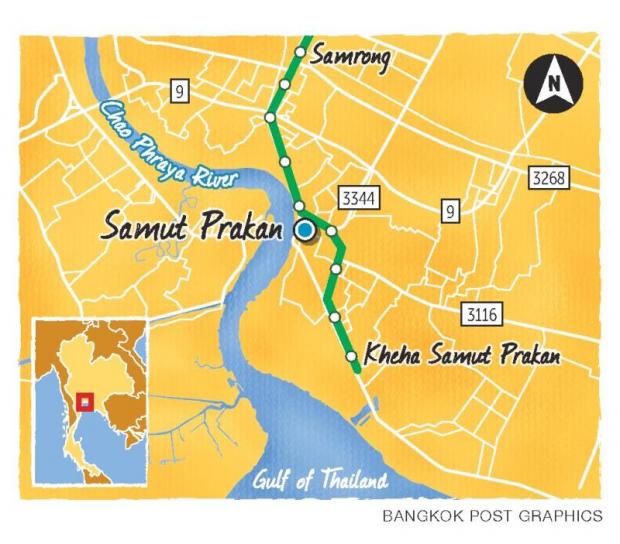 Over the past decades, however, Sukhumvit and other roads in Samut Prakan city and other parts of the province have been notorious for heavy traffic. So despite its proximity to Bangkok, Samut Prakan's attractions are usually never top choices for holidaymakers. But the return of the trains -- 58 years since its absence from Pak Nam and this time in the form of a much faster modern elevated train system -- may be a game changer.

The other four follow the new rails, which continue eastward along Sukhumvit Road beyond Samut Prakan city. Like the others, each station is named after its location. They are Si Nakharin, Phraek Kasa, Sai Luat and Kheha Samut Prakan stations. In the future, the line may be extended. For now, this is already a dream come true for many people.

The good news does not end here. This new railway section will welcome the public to use it free of charge, every day from 6am until midnight, until its official opening in April next year. 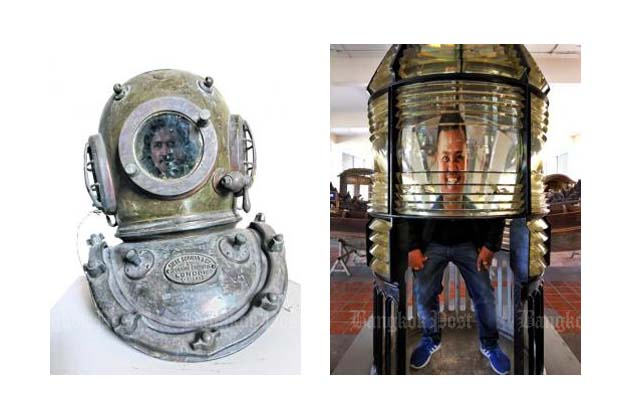 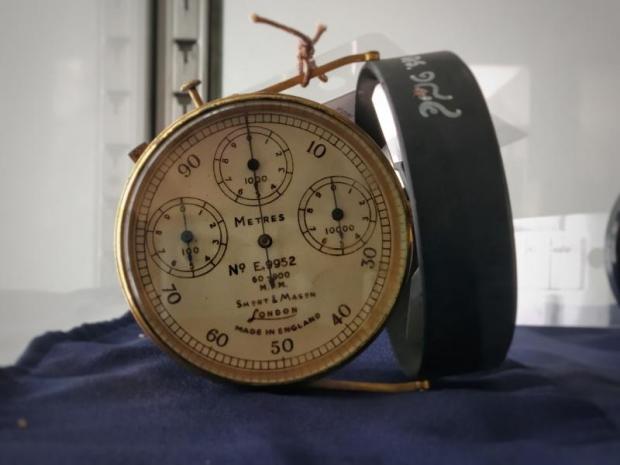 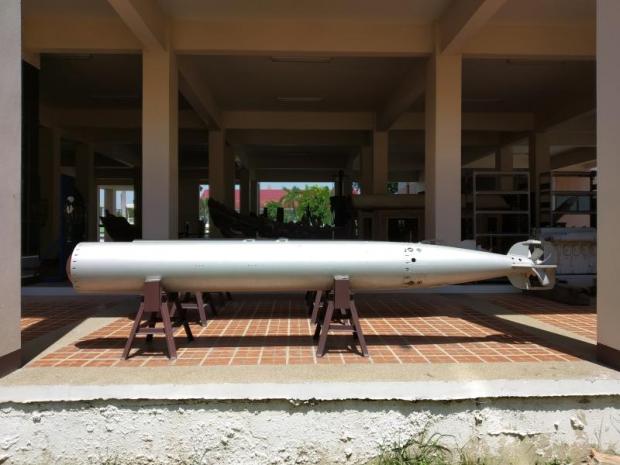 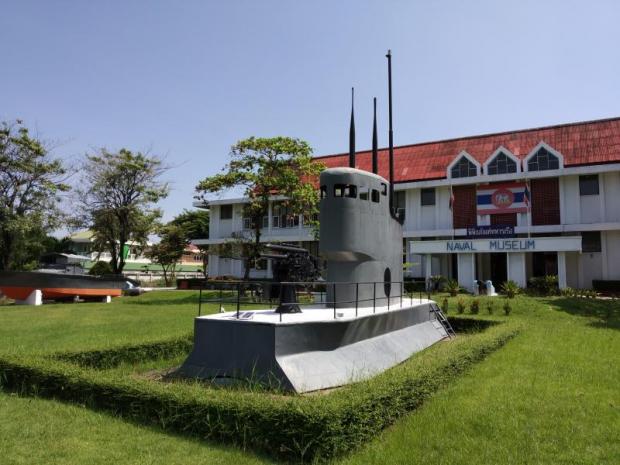 A variety of antiques are displayed at the Naval Museum, from the remains of one of the country's first submarines and torpedoes to diving gear, maritime tools and many more. The submarine, which seems to emerge from the ground in front of the museum, was one of the four the Kingdom ordered from Japan. They arrived in Siam in 1938, a year before the country was renamed as Thailand. During the 1940-1941 military conflict between Thailand and France over parts of Indochina, which were formerly under Thai rule, the submarines were sent on patrol near Ream Naval Base of French Indochina. On the ground floor of the back building, you will find the lamp of Siam's first lighthouse, which was built near the mouth of the Chao Phraya River in 1871 under the order of Somdet Chao Phraya Borom Maha Sri Suriwongse (Chuang Bunnag) who acted as the regent during the early years of King Rama V's reign. Imported from England, the lamp was designed to magnify the light so that seafarers could spot it from afar. 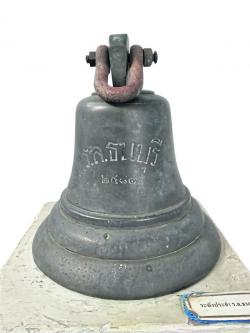 Each of the numerous items kept at the Naval Museum come with a history. Shown here are just a few fascinating examples. In the room on the front building, which is dedicated to the Prince of Chumphon (Admiral Prince Abhakara Kiartivongse), the Father of the Royal Thai Navy, the exhibits include certain personal items of his such as the handwritten letter he wrote to one of his young sons. The prince illustrated the letter with drawings that show how he and his companions slept during their sea journey to the South. The bell shown in one of the pictures belonged to the HTMS Thonburi, which was heavily damaged by the French during the Battle of Koh Chang on Jan 17, 1941. Navy officers shown in the old framed photo were those who survived the historical naval combat. The picture was taken soon after they were awarded the medals of valour. The intricately decorated and intimidating hae-ra boats, on display in the back building, were used to carry royal guards during the early Rattanakosin Period. 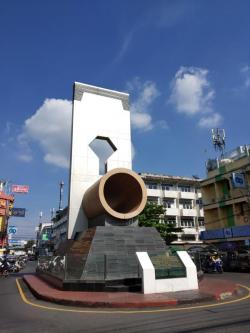 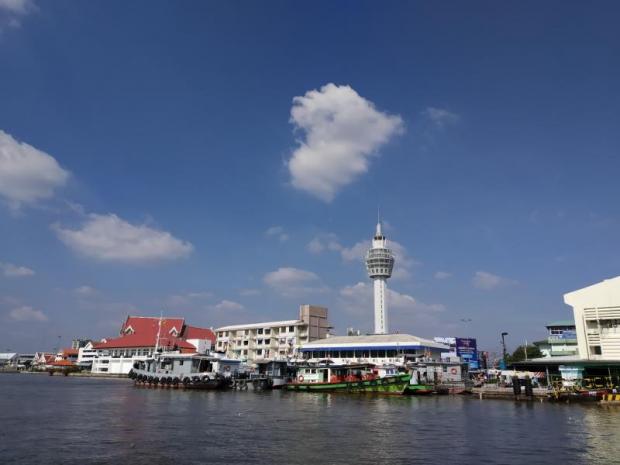 The Samut Prakan Tower rises above all else in its namesake city. From the observation deck at the top one can enjoy the view of the city as well as that of the Chao Phraya River and the Gulf of Thailand, which it flows into. However, there is no sign that the tower will be open to the public in the near future. Hopefully, the launch of the Green Line rail extension will spur its long overdue opening. While waiting for that to happen, you can explore downtown Samut Prakan on ground level. Apart from markets, old houses and places of worship, you will also find a train-shaped monument erected in memory of Siam's first railway. 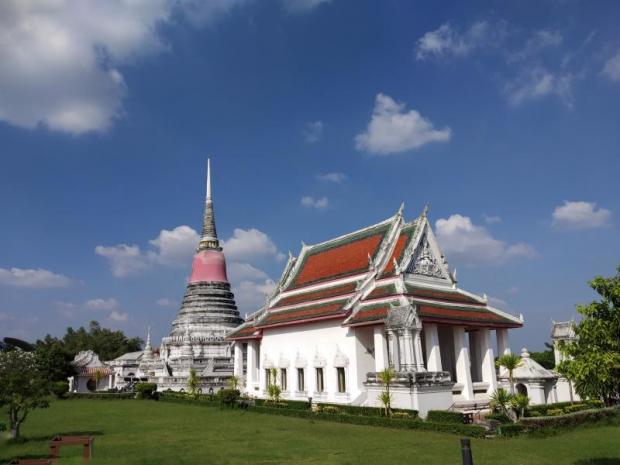 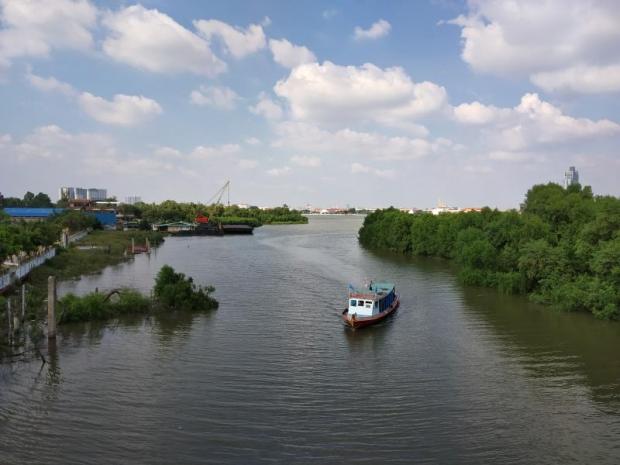 From the pier next to the Pak Nam Market, you can take the ferry to the west side of the Chao Phraya and walk to Wat Phra Samut Chedi, which is home to one of the province's most revered pagodas. Construction of the temple began in the times of King Rama II and was completed during the reign of his son, King Rama III. The pagoda was restored and reshaped to its current form by King Rama IV. On a river island close to the temple there is a walkway leading to an old fort called Pom Phi Sua Samut.

This small coastal road that runs from Wat Asokaram to Soi Thesaban Bang Pu 80 serves as a recreation area for local joggers and cyclists who come to enjoy their favourite activities in the sea breeze. The temple is not far from Kheha Samut Prakan, the last station. 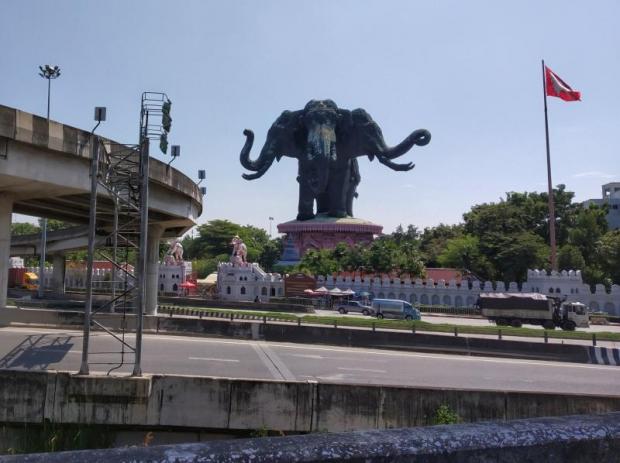 The famous Erawan Museum is about 800m from the station named after it.

Not far from the end of the current rail extension are two of Samut Prakan's iconic attractions, the outdoor museum of Muang Boran and Bang Pu Recreation Centre, where visitors can get up close and personal with seagulls during this cool time of year. Photo by M2F