Saving the world, one month at a time
Thailand
Special Report

Saving the world, one month at a time

Washable, reusable cloth menstrual pads are one alternative to the commercially available pads and tampons in the market. Photo courtesy of Sunny Cotton

Technology and innovations allow women several choices of menstrual pads as a period strikes each month. Thickness, length, wings and even scent, sanitary napkins come in a variety levels of comfort.

But there is a price to pay, environmentally. Each woman has a period hundreds of times in her life. The cumulative amount of single-use pads being disposed by women is staggering. Many of the sanitary pads are plastic-based and plastic components take about 500 to 800 years to decompose. They end up into sewerage systems and landfills.

This is nothing new, really. We're merely going back to basics, to days before the modern pad. There were times that feminine hygiene products were made with belts and strings attached to keep it in place. Going even further back, Thai women used to wrap cloth around coconut spathe-fibre (used as absorbent material) to catch their monthly flow. 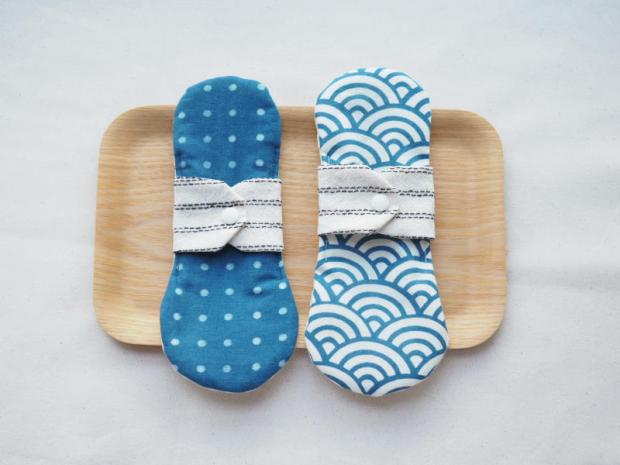 The interest in cloth menstrual pads has regenerated in the past few years partly due to the green trend that aims to make daily living more environmentally friendly as people become more aware of how their behaviours -- and the habitual convenience from using single-use products -- are contributing to a staggering amount of waste. Following many zero waste initiatives to help tackle the global garbage crisis, many have substituted plastic straws, bottles, foam boxes and plastic bags for reusable alternatives. Being part of the problem, Thailand definitely has to do something as the country is ranked sixth among countries worldwide for dumping plastic into the seas, most of the single-use type.

It was only a matter of time that the zero waste trend eventually expanded to feminine hygiene products. One person who has made this change is Kesinee Jirawanidchakorn, 36, who operates Sunny Cotton -- a brand that produces and sells reusable pads. She began using reusable pads herself many years ago when she was studying in Japan.

"At the time, it wasn't widespread or mainstream in the country, but at least people in Japan knew what it was. There were reusable pads sold in a few shops already. The trend has been growing over the years, and now they are sold in pharmacies on the same shelf as typical pads," said Kesinee.

"I've never been this close to my own menstrual blood before. You can really observe your own health through it. It really changed my experience," she added, describing her first time switching to reusable pads and later washing them. To save money, she began sewing her own pads for personal use for several years, and finally made it commercially available about a year ago. The materials, mainly unbleached cotton, are obtained from within Chiang Mai where Kesinee is based. 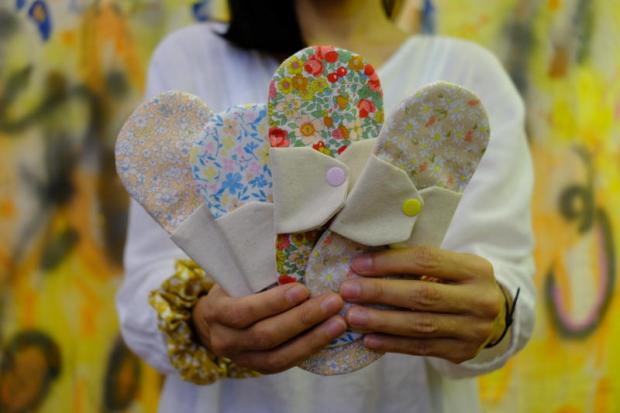 People reacted to the cloth pads with surprise, some walked away from the product while others were happy to see them, Kesinee observed.

"I've had older women approach the booth when I sold the products in Chiang Mai. They really appreciated it, saying they used to have something similar when they were younger. They were also curious and excited to see if the cloth pad is making a comeback."

"It also encouraged more people to talk about their period, which isn't always a topic people discuss freely," she added.

Environmental concerns are a reason some have decided to switch to reusable pads. Most of Kesinee's customers are those with a "save the planet" agenda. But while the products may thrive with environmentally-conscious customers, they weren't originally intended that way.

"I didn't focus on cloth pads being the save-the-planet kind of pads. I didn't want to change people's behaviour out of guilt, that in doing so it'll benefit the world and help others. I'd rather focus on how good they feel when worn, that it's comfortable, cheaper, not itchy or smelly, and so on." 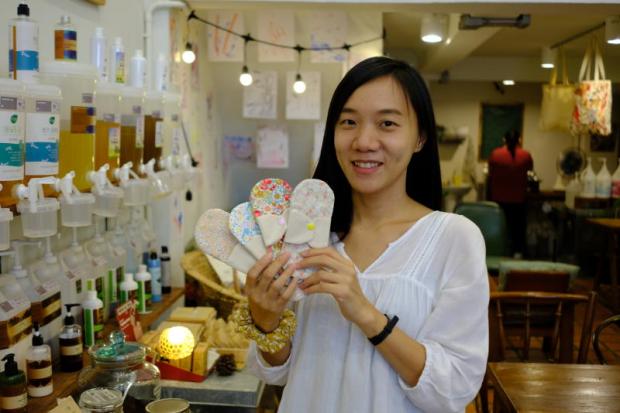 Also, the one-time cost of cloth pads may seem more expensive, but is cheaper in the long run when used for years, she added.

"I don't want people to feel pressured that they have to reduce waste, but rather to let them know there's this alternative other than the regular pads. Let them know the pros and cons so they can decide for themselves. Someone once told me she feels guilty being a woman and having to create so much waste each month. So, I'd rather push this as a feel-good thing, not for people to be driven by guilt," she said.

In adopting this reusable pad, Kesinee said it has also encouraged her to go green in other areas as well. She's become addicted to trying to leave less waste and has since been carrying her own food and drink containers, and straw.

"I've found that people who change to the greener way started with something they feel good about. Then, when you can reduce waste too, it becomes an even greater feeling that expands to cover other behaviours."

Reusable pads may have their own benefits, but difficulties and drawbacks do persist. Many have raised concerns over hard-to-wash stains, leakage, and the process needed to wash and care for it. Disposing bloody cleaning water should also be done properly.

The practicality in daily usage also sounds tricky. Used pads shouldn't be left dry or the stain will be harder to remove.

Kesinee says she usually carries a container or ziplock bag with a baking soda solution to store her used pads during the day. At home, she would soak them in a solution of baking soda and soap, and wash them altogether at the end to get rid of the stain. The pads are later washed in the washing machine, dried in the sun, and stored until the next cycle hit.

In the future, Kesinee has eyes on expanding her product range to accommodate children and senior citizens in a more diaper-like design. She also plans to turn Sunny Cotton into a social enterprise. The products are currently made by villagers in Chiang Mai, and Kesinee hopes she can contribute to society by donating the products and sharing her know-how with children, underprivileged women, and even women in prison. 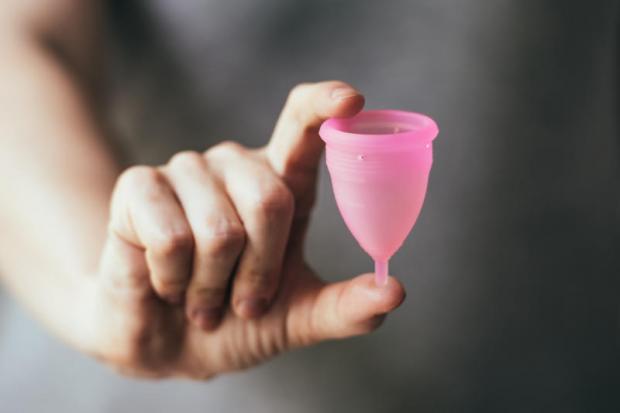 Sunny Cotton products are available at Refill Station and Less Plastic Able in Bangkok, a few shops in Chiang Mai, and through http://facebook.com/SunnyCottonPad.