BKKLIT aims to earn recognition for contemporary art and literature among a global audience.

Literary magazines around the world have long helped readers to discover exciting new writers and serve as channels to read new works by established authors.

Now Thailand is getting on board with The Bangkok Literary Review (BKKLIT), which claims to be the first of its kind in the country. A biannual journal of contemporary Thai art and literature, it will feature collections of rarely seen works from notable artists and illustrators, alongside short stories, poems and award-winning Thai literature translated into English for the first time.

The debut edition of BKKLIT has been launched at the 47th National Book Fair and 17th Bangkok International Book Fair, which runs until Sunday at the Queen Sirikit National Convention Center. BKKLIT, distributed in partnership with MAIIAM, Assajan and the Neilson Hays Library, is available to purchase at Open House, Asia Books and Kinokuniya.

"We're hoping that The Bangkok Literary Review will really connect with a younger generation of readers," said James Hatton, the journal's chief editor, in an interview with Life. Hatton is a writer himself, his work having been published in such notable publications as Popshot, Litro, Flash, Cha and A Million Ways.

Along with Hatton, BKKLIT is the brainchild of Pariyapa Amon-wanitsan, who represents a new generation of creative thinkers at the Ministry of Culture, and Chyarop Burapat, the creative force behind Assajan, a collective of artists and cultural innovators. Together, they see BKKLIT as a driving force in the promotion of contemporary Thai art and literature, which will help it get the worldwide recognition it deserves. 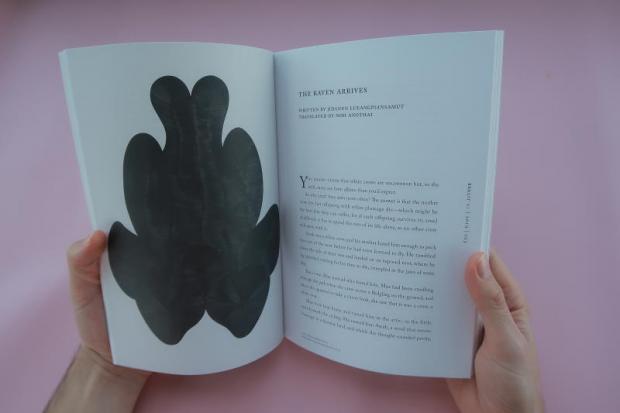 BKKLIT aims to earn recognition for contemporary art and literature among a global audience.

"The idea came from the fact that we have read some great contemporary Thai literature in translation," Hatton said. "But it was difficult to get hold of and there wasn't much of it. So I thought it would be a nice idea to start a magazine where contemporary Thai writers could publish their work in translation and let more people access at least a sample of what's out there.

"So far, many young, aspiring writers and translators have contacted us to say how interested they are in the magazine. And because we've received so much support and encouragement from people, our purpose has evolved into something slightly more ambitions."

But why did they decide to make the magazine all in English?

"When we first conceived of the magazine, my instinct -- and wish -- was that non-Thai readers living in Thailand, or even tourists, would be interested in reading it," he explained. "Here you have for the first time a magazine that brings together a selection of some of the best art, short stories and poems from Thailand, translated into English by some great translators, particularly Mui Poopoksakul.

"Having said all that, we are looking beyond Thailand, and would like lovers of literature and art across the world to think about reading our magazine. It has something for everyone -- you don't need to know about Thai culture to understand or enjoy it. It all feels fresh because in many cases, the way the literature and art is crafted is unique. But the themes -- love, death, gender, politics, identity -- are universal, albeit done in a way that feels new and exciting, so can appeal to anyone." 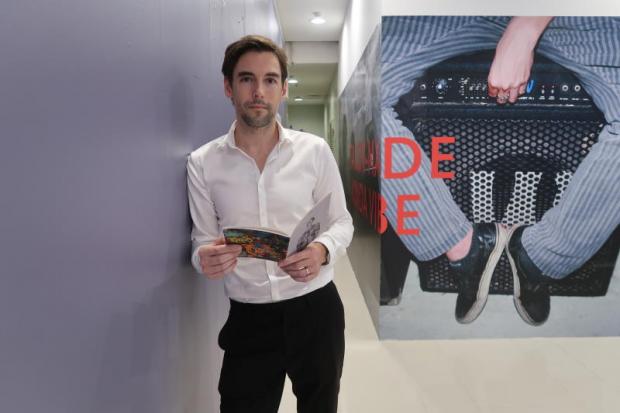 The elegantly designed first issue comprises 160 pages, featuring writers and artists who have already made a name for themselves in Thailand. There is Moving Parts, an exclusive short story from Prabda Yoon, and brilliant, sharply written fiction and poetry from SEA Write winners Jidanun Lueangpiansamut, Zakariya Amataya, Chiranan Pitpreecha and Jadej Kamjorndej.

"The literary contributions came mainly from recommendations from people in touch with the literary scene. The artists, on the other hand, were those whose work I'm a big fan of. In every single case, I was humbled by how generous and supportive the contributors were," Hatton said.

"It was exciting to read the translations because they were so good and I think they show how much potential there is for Thai literature to export overseas. Some of the names to watch out for are Noh Anothai, Dylan J Hartmann, Mason Barlow and Wichayapat Piromsan."

More and more Thais are using art as a means to express their personal ideas and worries on social and political matters. Hatton believes that the same thing also influences the world of literature and poetry.

"There are examples of this in the magazine. Jirat Prasertsup's short story The Platform, for instance, while on the face of it is a love story, is actually social commentary. Then there's Zakariya Amataya, whose poetry shines a light on the troubles of southern Thailand. We're also printing poems from Chiranan Pitpreecha documenting her emotional response to the political upheavals of the 1970s, which she was involved in as a student leader.

"Bussaraporn Thongchai's artwork, although deeply personal, is all about what it is to be a woman or a man in society. Imhathai's beautifully crafted pieces made out of human hair seem to suggest something more ambiguous, but are definitely about her social ideas. The same goes for Prasert Yodkaew whose work features strange contraptions juxtaposed with typical Thai iconography that suggest a friction between the old and the new."

With the internet and e-books threatening to take over from print, BKKLIT remains steadfastly a paper-based publication. Hatton explains why.

"Of course you can get the same content online, but I don't think it's the same quality of reading experience. When I was growing up, people always used to talk about escaping into a book or losing themselves in a book. I think that's why print is still really important," he said.

"Obviously, digital books are taking over, but there's still room for real books, at least for a while. People remember how good it feels to hold a book in their hands and then to go back to it years later and be reminded of the time they first read it," he went on.

"I think digital books will start to do things differently -- they'll stop trying to mimic traditional paper books. They've already started to incorporate animation, audio and so on. They'll probably start to use augmented reality. Art forms, including literature, will probably start to blend together more. I can't see books dying out altogether, but they'll definitely evolve."