Elderly women are at risk of becoming sole breadwinners and living below the poverty line. Moreover, this group will most likely leave "a legacy of poverty", according to population and economic research agencies.

Marcela Suazo, the country director for United Nations Population Fund (UNFPA) Thailand, stressed measures are needed to help elderly women who have to support their families. "This is the most urgent issue. More than 50% of breadwinners will be senior citizens. About 90% of them will be female and 20% will live below the poverty line," she said.

She was speaking at a seminar about Thailand's ageing population and low fertility rate held in Bangkok last week.

According to Thosaporn Sirisumphand, the secretary-general of the National Economic and Social Development Council (NESDC), elderly women who become breadwinners are likely to live in chronic poverty. "When they retire, they won't be able to earn a stable income and support their children well enough. As a result, they are at risk of falling into the poverty trap," he said at the same event.

Mr Thosaporn indicated another concern is an increase in the number of elderly citizens who live alone. "According to the National Statistical Office, the proportion of senior citizens living alone soared from 8% in 2014 to 10.8% in 2017. In this group, the number of women was greater than that of men. If they do not prepare for their later years from an early age, they will be severely economically disadvantaged," he said. 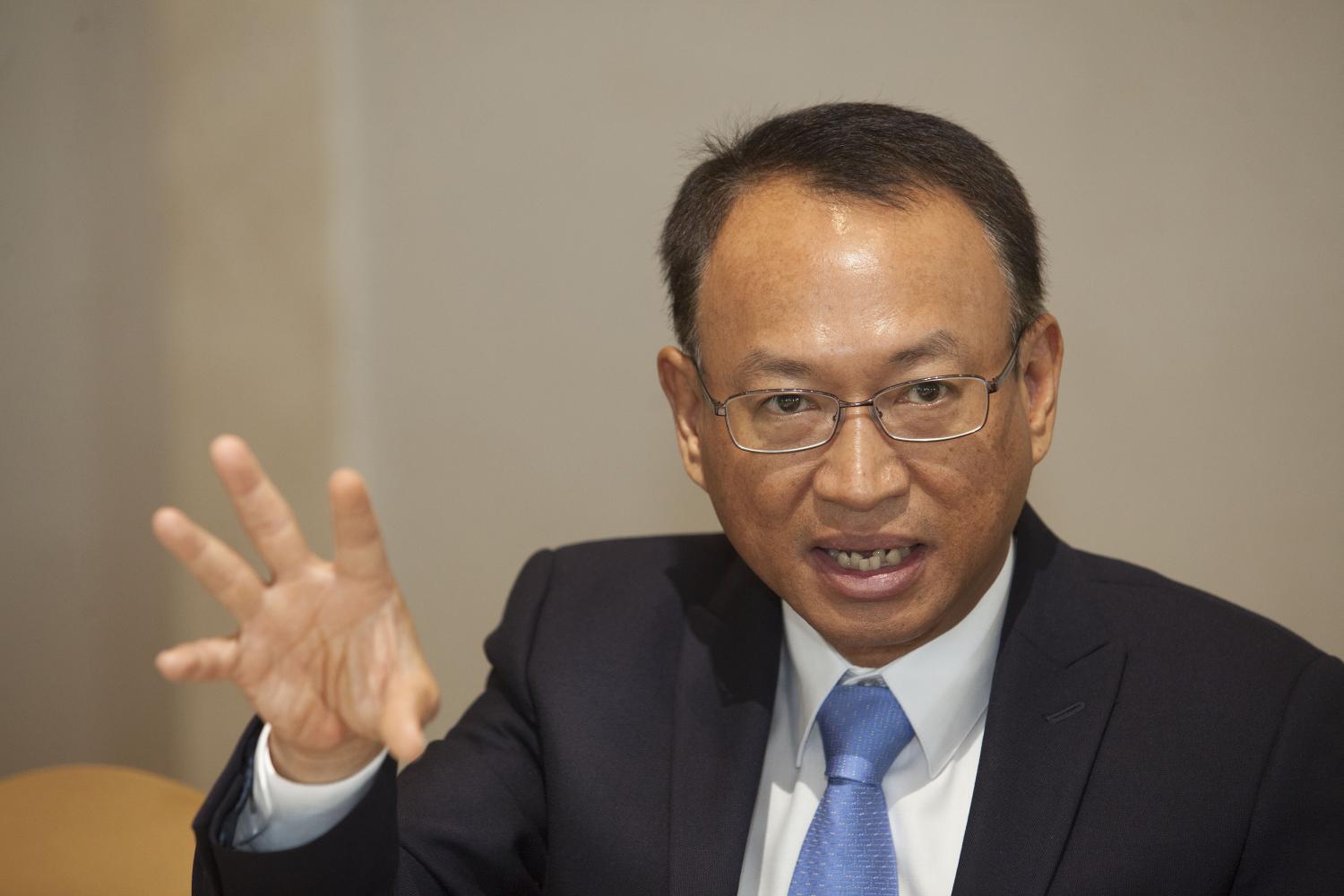 Thosaporn Sirisumphand: "When they retire, they won't be able to earn a stable income and support their children well enough. As a result, they are at risk of falling into the poverty trap."

With the rising number of senior citizens, Mr Thosaporn said the decline in the number of children and working-age adults will affect the country's development. "They are the main driving force for Thailand. We should urge couples to have more children," he said.

Mr Thosaporn said all stakeholders must overcome the challenges of a low birth rate and ageing population. "We ask all sectors to join hands in strengthening the family institution amid demographic changes in Thailand," he said.

The low fertility rate places a burden on elderly breadwinners, and Ms Suazo cited two factors as to why women of reproductive age decide not to have children. "Child-rearing requires a lot of money and support. Otherwise, women cannot maintain work-family balance," she said.

"Over the next 20 years, some 20% of households will be single occupancy, 15% of women of reproductive age will struggle with infertility, 13% of pregnancy will be found in teen mothers," she added.

Mr Thosaporn indicated that Generation Y does not buy into the idea of having children. "According to our survey last year, reasons for not having children include freedom, financial burden, an unpleasant social environment and career development," he said.

Dr Suthipun Jitpimolmard, the director of Thailand Science Research and Innovation (TSRI), said the country has changed demographically over the past 20 years. "The age when people start a family is climbing. People cohabit and divorce more than before, whereas family members interact less. Family units are not functioning perfectly," he said.

Dr Suthipun said Thailand is seeing more nuclear families although networks of relatives are retained. "Grandparents expect their children to support them in terms of finance and healthcare. Senior citizens and children depend on working-age adults," he said.

Dr Suthipan gave an overview of the various types of families at the moment. "A skip-generation household consists of grandparents and grandchildren. A single household might live far away from their relatives. Some families have three generations, but they have to make ends meet like a single household. Elderly people left alone don't dare seek help from neighbours," he said.

Dr Suthipan called for long-term solutions to these demographic challenges. "Retirees will return to their hometowns because living in the city is more expensive. The government must prepare for the fall in the working-age population and the consequent workforce shortage. They should also promote measures to raise the birthrate and make sure children grow up in a supportive family," he said.

Porametee Vimolsiri, the permanent secretary of the Social Development Ministry, said the government is promoting a work-life balance to encourage people to have more children. "A tax deduction will apply to those who plan to have a second child," he said.

Mr Porametee said the government is also providing financial support for nurseries and kindergartens and expanding parental leave for employees.