Her Majesty Queen Sirikit the Queen Mother is widely known as "The Patroness of Thai Crafts" for her dedication to preserving and supporting folk handicrafts.

Her love and devotion to traditional Thai crafts began in the 1960s when she and His Majesty King Bhumibol Adulyadej The Great travelled throughout the country to establish projects designed to alleviate poverty and mitigate natural disasters through innovative agricultural projects, reforestation schemes, construction of health clinics, and skills training.

Queen Sirikit was committed to the improvement of daily life for all rural Thais. She found that traditional activities such as weaving and basketry had steadily declined and the rejuvenation of traditional crafts in rural communities might also invigorate their economies.

Keenly interested in local handicrafts and ethnic clothing, the Queen collected historic samples and catalogued rare textile techniques during these trips. An unexpected source for samples of old regionally woven mudmee (tying and dyeing pattern technique) and other traditional textiles were the cleaning rags used by village women in their homes.

Her Majesty started collecting these rags, recognising these were the remaining examples of a rich and beautiful tradition. She also recognised the increasing adoption of Western-style clothing could render obsolete many of the ethnographic textiles and traditional techniques. In an effort to preserve cultural identity and promote opportunity, the Queen commissioned village women to weave traditional textiles for her own personal use. She used these newly woven fabrics to make her own clothes which were proudly worn on public occasions. Her public displays inspired new interest in producing these beautiful textiles that had nearly become extinct.

In 1976, she established the Foundation for the Promotion of Supplementary Occupations and Related Techniques (Support Foundation) or Silapacheep in Thai.

The aim of the foundation is to help rural people use their artistic skills and natural resources to produce unique local handicrafts so they can earn additional income which in turn can lead to the revival of many traditional arts. Her Majesty has also personally managed the operation of the foundation and has taken on the position of chairwoman of the board of directors.

Today, the Support Foundation has nine main centres and 145 training facilities in 50 provinces. More than 300,000 people are engaged with the foundation and improving their livelihoods.

The most well-known support centre is Bang Sai Royal Folk Arts and Crafts Centre in Ayutthaya province where there are various exhibitions of handicrafts from all over Thailand, divided into 32 sections such as yan lipao weaving, silk weaving, ceramic making, carving, glassblowing, teen chok silk weaving and khon mask making. 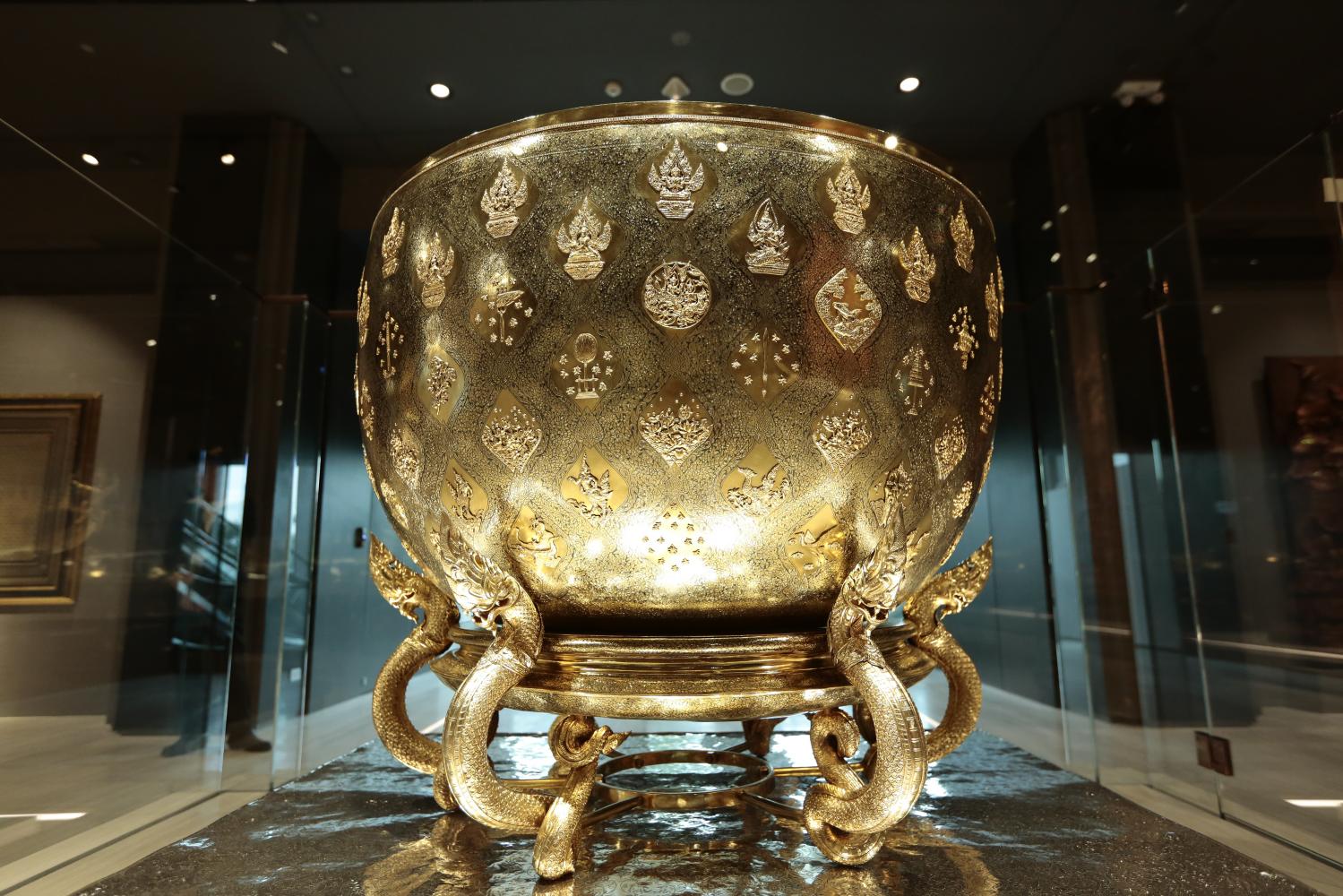 At the centre, farmers and others from the countryside are trained by highly-skilled craftsmen how to produce and sell handicrafts, which has led to the creation of generations of young people with knowledge of the trade. They are able to make more money for their families, and preserve traditional artistic skills and the heritage of the nation.

Ever since Her Majesty launched the Support project, artworks under the project have been publicised far and wide and enjoyed considerable popularity. They are highly esteemed for their workmanship, value and fair prices.

The primary reason the Support products have gained popularity and admiration so quickly is due to Her Majesty's dedication. She takes it upon herself to supervise various facets of the operation. According to her suggestions, all categories of Support products have undergone dramatic improvement to reach high quality, exquisite looks and high standards of workmanship. Furthermore, Her Majesty boosts the morale of those involved by regularly using Support products as her personal effects and finery.

With great pride, Her Majesty also wished to let the world see how simple farmers could create the most beautiful and delicate works of high-class art. She has organised several exhibitions in many countries including the United States, Japan and France to present Thai craft products.

One of the Support products popularly known at international level is yan lipao, or items made with the vine of the lipao plant. This vine is fine and strong, and once woven into exquisite objects, has a delicate texture that showcases the meticulous, patient skill of the people who weave it.

Native to Nakhon Si Thammarat province in southern Thailand, the yan lipao fern grows like a vine and the tough fibre has been used for weaving for several centuries. The weaving is often enhanced with gold or silver trim and used to make items such as women's bags, cigarette boxes and betel nut sets.

Yan lipao handbags are now considered as elegant products and are widely used by Thais and foreigners.

Undoubtedly, Her Majesty Queen Sirikit the Queen Mother is a true patroness of Thai crafts. Her work in preserving and supporting traditional handicrafts has brought a sustainable future to the people of Thailand as well as promoted Thai culture around the world.   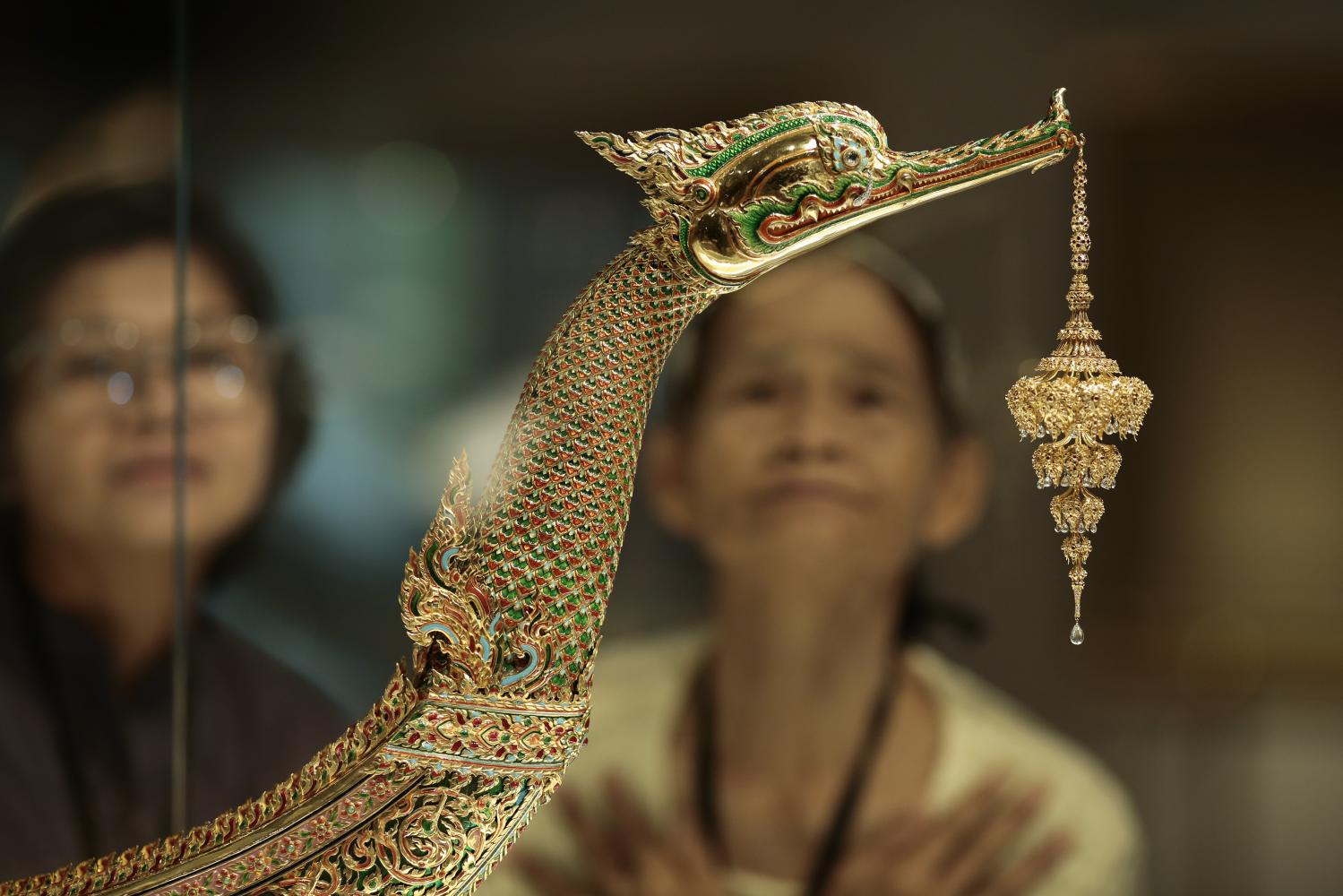