Malaysian cartoonist Zunar helps launch a report by the International Commission of Jurists at the Foreign Correspondents' Club of Thailand.  (Photo by Osama Motiwala/ICJ))

Disinformation or freedom of expression? Hate speech or free speech? Threat to national security or whistleblowing on corruption and tyranny?

These time-honoured debates have assumed a new urgency in the internet era, where digital privacy is under attack and fake news sometimes comes from the same state institutions that use repressive laws to stifle dissent.

The International Commission of Jurists (ICJ), an organisation that seeks to protect human rights through the rule of law, has released a report called Dictating the internet: Curtailing free expression, opinion and information online in Southeast Asia.

The report came to life at the Foreign Correspondents' Club of Thailand recently, where some of the activists featured in the case studies participated in a panel discussion that clarified the human cost of governments and corporations using vaguely worded legislation to selectively harass those who speak out against injustice.

The Malaysian cartoonist Zunar, who faced 43 years in jail for sedition after criticising the trial of opposition political leader Anwar Ibrahim on Twitter-- charges that were dropped when Anwar's Pakatan Harapan coalition came to power in 2018 -- drew a cartoon live on stage; it showed a government figure placing handcuffs around the two 'O's in the word Google.

The ICJ has a slightly different take from other non-governmental organisations that seek to protect freedom of speech. For the ICJ, the law is both the problem and the solution: Southeast Asian governments use existing laws and draft new ones to stifle dissent, violating international statutes upholding freedom of expression that they themselves have signed onto. The report calls for governments in Southeast Asia to "repeal, amend or otherwise rectify existing legal and regulatory frameworks to bring them in line with their international obligations" -- and argues that "legislation framed in human rights terms is also the best and most effective way to protect against the very real threats posed by the spread of hate speech, disinformation online, cyber-attacks and other cybercrimes." 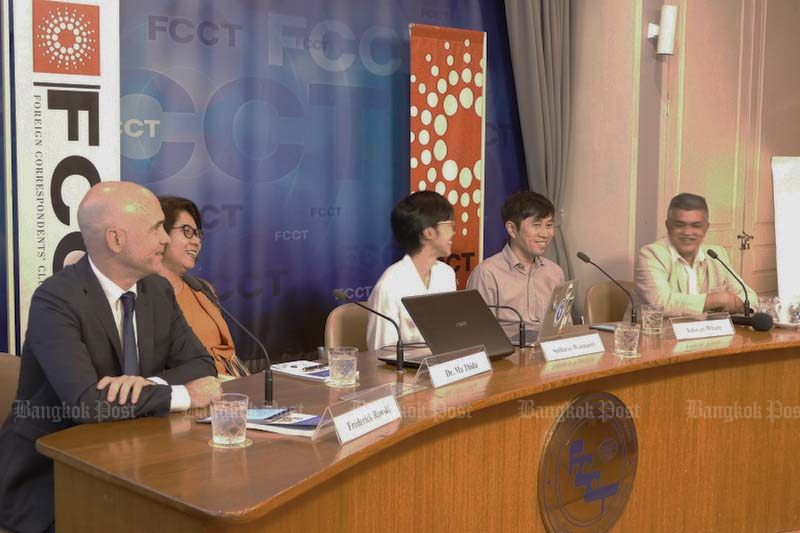 "It's not a pretty picture," Frederick Rawski, ICJ director of Asia and the Pacific told the forum. "Laws are used to harass and threaten human rights defenders, lawyers, journalists and others…New legal frameworks are being seen as an opportunity to consolidate and protect political power."

Corporations, too, have joined the party. "Businesses are using strategic lawsuits to avoid criticism, claiming they are protecting their businesses interests," Sutharee Wannasiri told the audience.

The human rights activist is out on bail, facing both criminal and civil defamation charges after sharing Twitter comments about a film calling on chicken farm operator Thammakaset to drop the defamation charges it laid against migrant labourers who complained of exploitation -- a case the labourers actually won in court.

Governments have often cited vague concepts of "national security" and "public order" to justify using disproportionate means to shut down opposing views, sometimes even when privately expressed. "I was sentenced to 23 years in prison in 1993," said Dr Ma Thida, a Myanmar surgeon, writer, and human rights activist. "The first charge was 'endangering national serenity'." She said the use of speech-suppressing colonial-era laws such as the National Secrets Act has actually increased since Aung San Suu Kyi joined the Myanmar government.

Governments across Southeast Asia vary in the subtlety -- or otherwise -- they employ in using the law to stifle dissent. "The police were very nice to me," recalled Jolovan Wham, a Singaporean civil and labour rights activist who was convicted and fined for posting on Facebook that "Malaysia's judges are more independent than Singapore's for cases with political implications".

"They asked me, 'Is the room too cold? Would you like some biscuits?'

"They go after the people they think are influential. They're very selective, they calibrate."

Singapore introduced its Protection from Online Falsehoods and Manipulation Act this year. "Singapore has a very good PR machine... they use democratic processes for authoritarian ends," said Mr Wham. "They made a show of democratic consultation to justify this repressive law."

Thailand's battery of restrictive laws, ranging from lese majeste and sedition to defamation and contempt of court, have been augmented by the Computer Crime Act and most recently the Cybersecurity Act, which the ICJ report says gives "sweeping powers to government authorities to monitor online information, and search and seize electronic data and equipment under an overarching framework of protecting "national security".

The ICJ report was welcomed by Sutawan Chanprasert, the founder of DigitalReach, a new organisation campaigning to protect digital rights in Southeast Asia. "The report shows that while technology gives more opportunities for people to express themselves on social media, the state is moving to control the online space too," she told the Bangkok Post. "Under repressive 'fake news' laws, any content can be interpreted as 'fake', 'false' and 'misleading'. And tech has provided a new kind of threat to freedom of expression-- digital surveillance of political dissidents."

Ms Sutharee, the activist targeted by the chicken farm operator, says one of the most worrying things about the raft of old and new legislation is the chilling effect it all has on freedom of expression. "I have been contemplating a lot, I feel the waves -- is there going to be another lawsuit against me or other activists?

"If everyone is living in fear and no workers are willing to report abuse because they will face lawsuits, we are allowing governments and corporations to commit these violations with impunity. It undermines our whole freedom of expression.'' 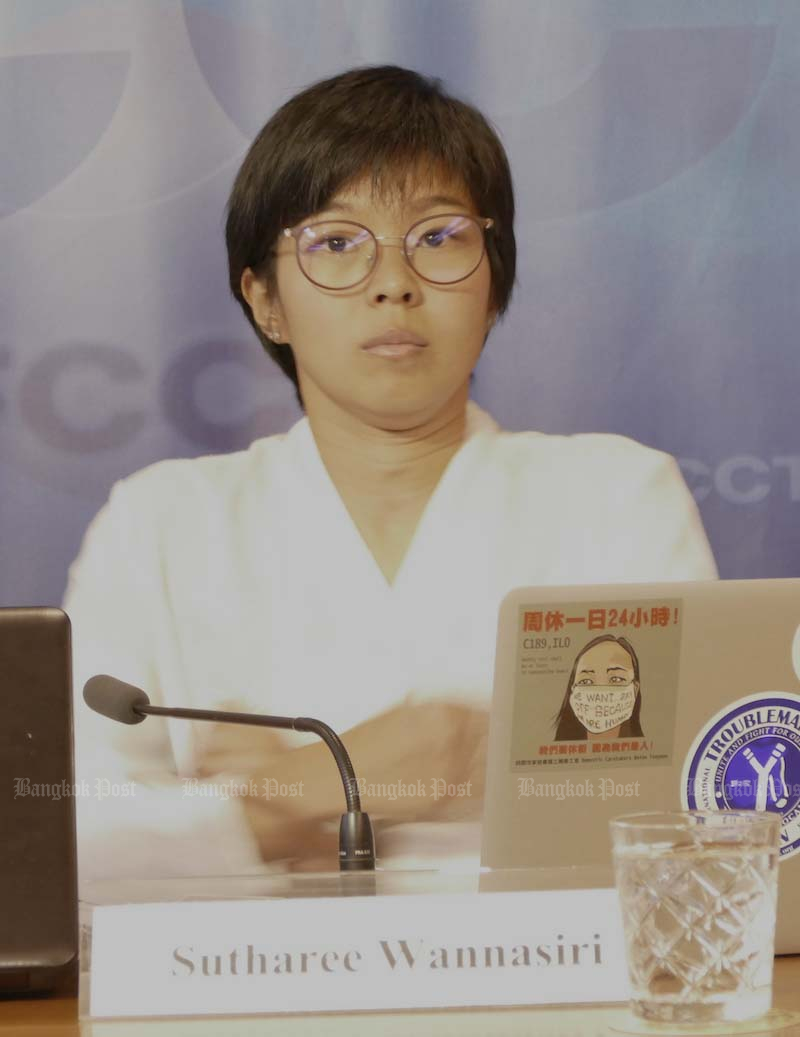