Cheers to cheese, the saviour of Thai buffaloes

With machines taking over their job on rice fields, the native breed was dying out until one man stepped in and found them a new task -- producing milk

Making mozzarella cheese from buffalo milk shouldn't be surprising, but producing it with milk from Thai buffaloes may raise an eyebrow or two. 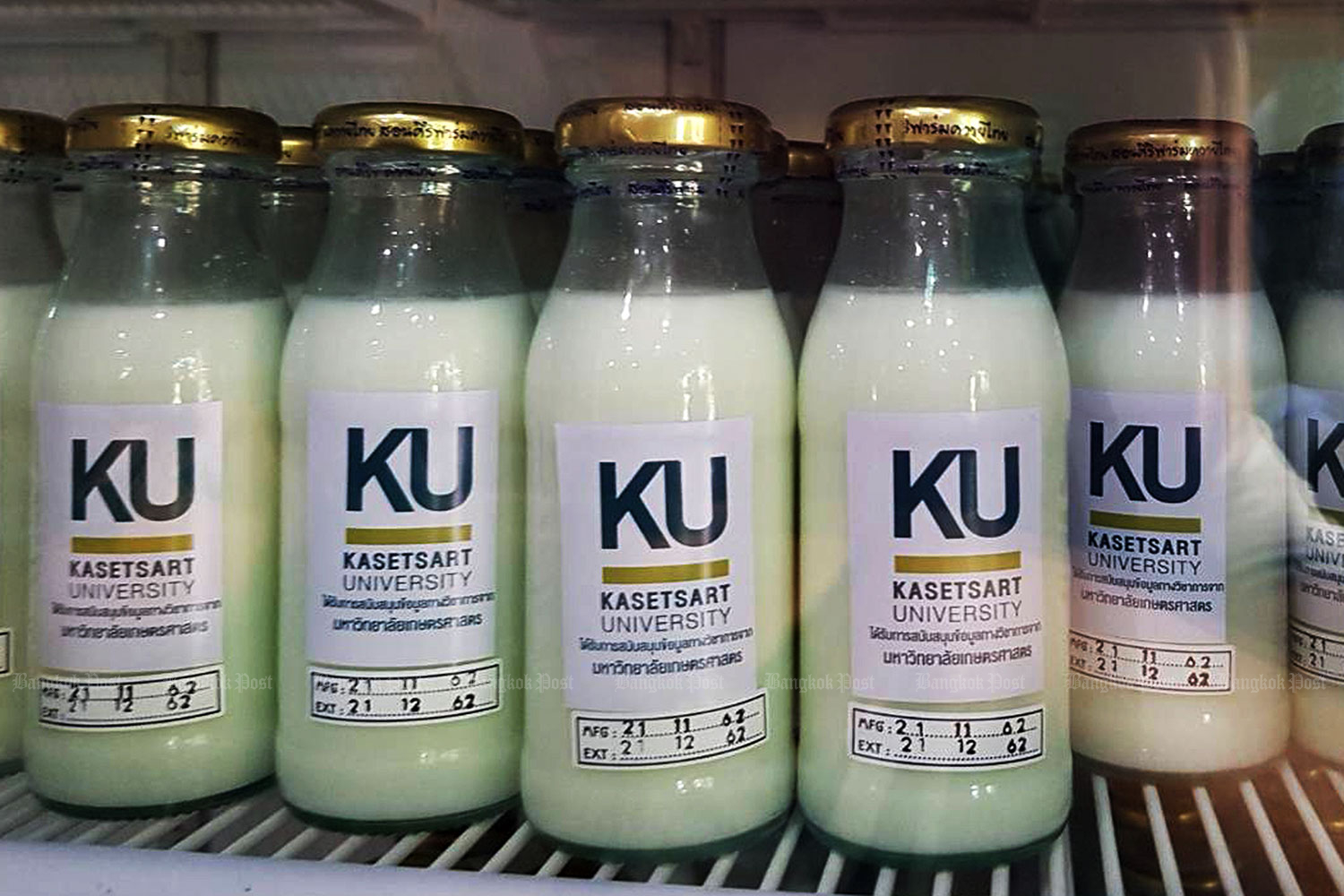 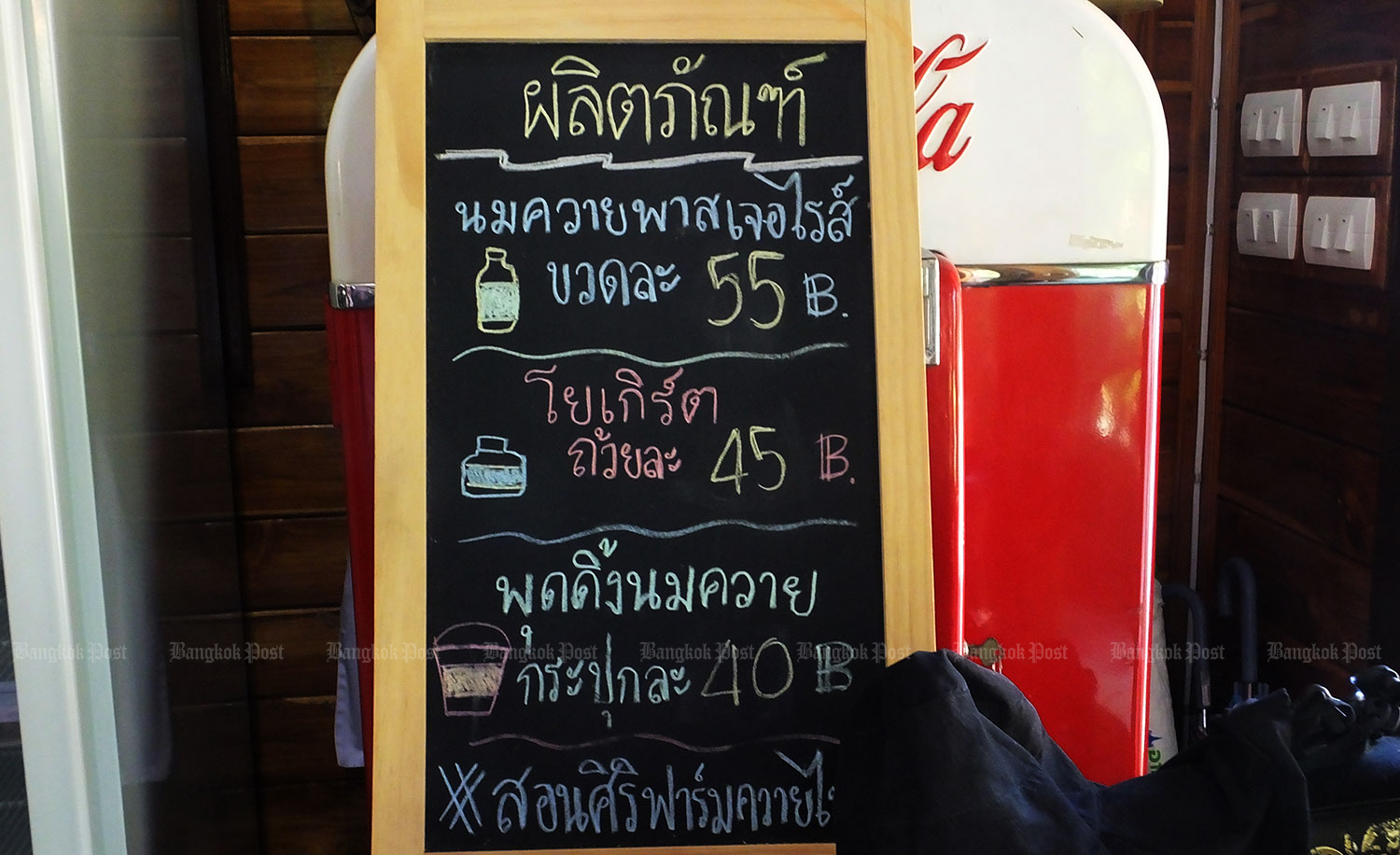 Thai buffaloes were, as they are now, working animals, though they are a dying breed.

They were normally raised to plough rice fields and sometimes pull carts. However, with tractors doing all the ploughing now, these beasts of burden are no longer so necessary. Machines, after all, can work longer hours and are far more easily maintained.

With Thai buffaloes now at risk of being expelled from the annals of agricultural history, conservationists have stepped up to preserve this native breed.

One such conservationist is Phromphiriya Sornsiri, the 52-year-old owner of Sornsiri Farm in Prachin Buri's Ban Sang district. He figured that the most logical approach to preserving the native cattle is to come up with a new use for them.

With 17 years under his belt as a buffalo breeder, Mr Phromphiriya operates a 55-rai farm stocked with a herd of more than 300, of which 180 females and two male buffaloes are used for breeding.

Armed with a degree in animal husbandry, Mr Phromphiriya began his career as a sales representative selling products for aquaculture.

Soon after, he decided he was ready to try his hand at business, so he tried several ventures ranging from breeding prawns to dairy cattle. But every venture flopped, until a friend with expertise in breeding native buffaloes suggested he invest in a buffalo farm. 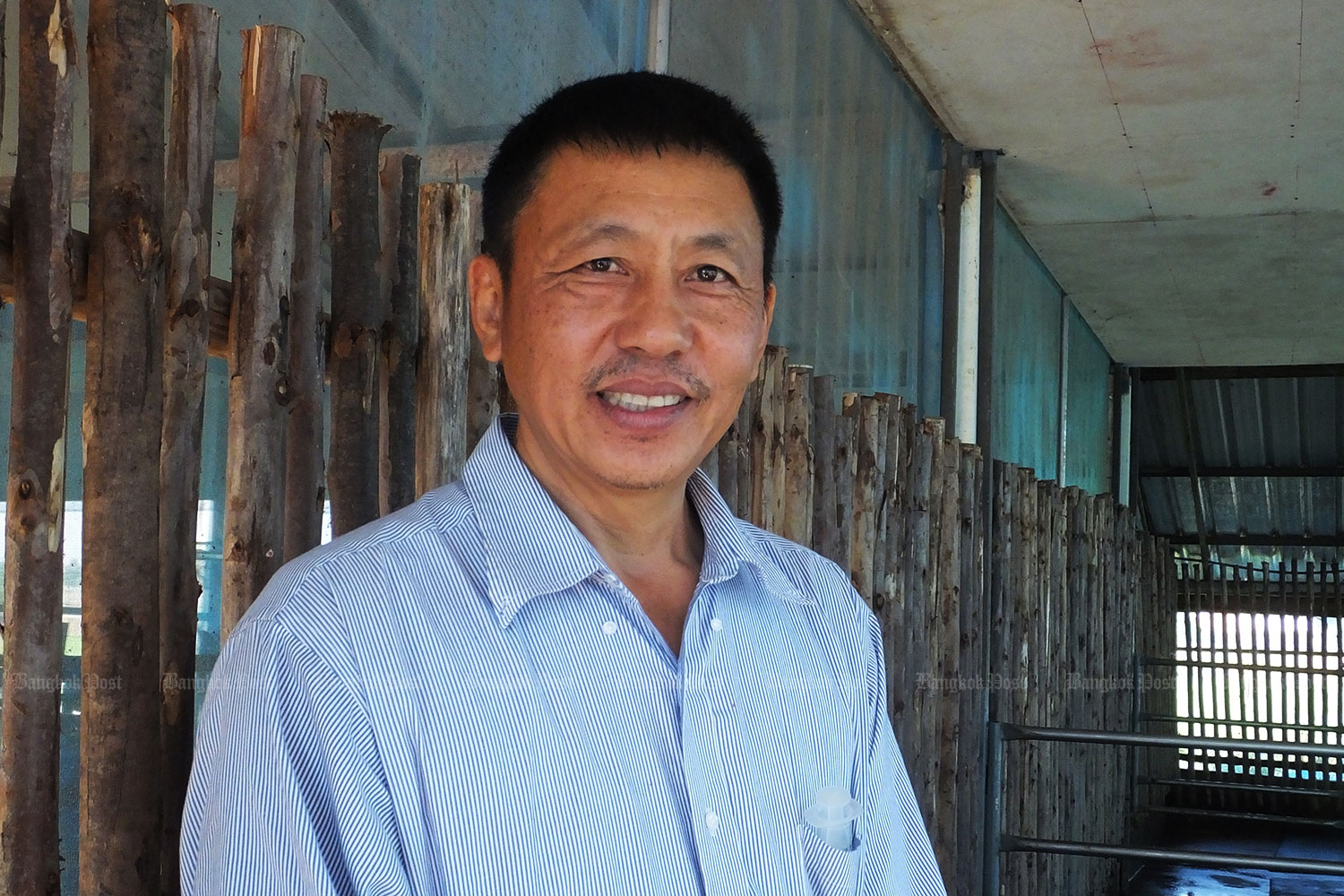 Phromphiriya Sornsiri, the 52-yearold owner of Sornsiri Farm supervises the mechanised buffalo milking process. Dairy products made from the milk are sold at the farm. 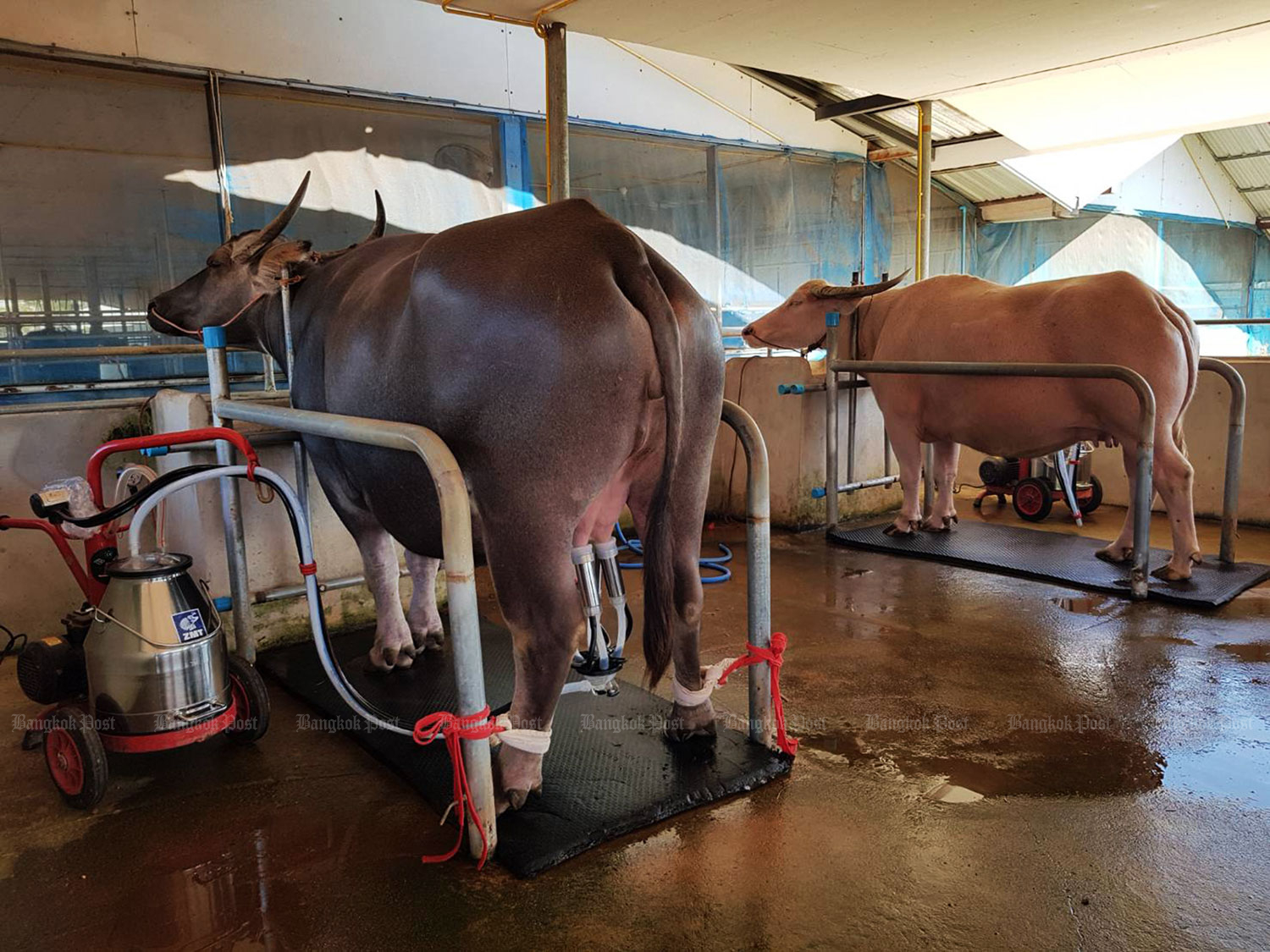 Mr Phromphiriya was easily convinced, because not only was the start-up capital low, but he realised that Thai buffaloes are easy to raise, will eat nearly every type of grass and are naturally tolerant to the weather.

So he began searching for the best native breeds for his farm. After visiting several auctions, he set his eye on a breed that would produce large, healthy beasts that he could sell at a high price.

Mr Phromphiriya admitted that his initial aim was to only sell calves, until life gave him a chance to diversify last year.

A calf had died and its mother, still lactating, had to be milked manually to prevent engorgement.

He also found the milk naturally sweet and creamier than cow's milk, as well as being rich in protein, phosphorus, Vitamin A, iron and calcium. Buffalo milk is also a healthy alternative for those allergic to lactose or those who cannot bear the smell of goat milk.

"When life gave me milk, I began diversifying," he said.

So he launched the "Siam Buff Milk" brand and began producing both dairy and non-dairy products, ranging from buffalo milk pudding and soap to combs and catapults made from buffalo horns.

In the early phase, Mr Phromphiriya said his farm only produced 8 litres of milk daily from a single buffalo, but once more people developed a taste for the milk, production had to be scaled up.

Now, calves are separated from their mothers at 8pm every night, so enough milk is available for extraction the following morning.

Before being milked, the buffaloes are groomed and their udders wiped with a warm, moist towel to help stimulate the flow of milk.

Each milking session is limited to half an hour, so the animal is not stressed from having to stand still for an extended period of time.

Mr Phromphiriya also provides food for the buffaloes as they are milked and keeps them cool and happy with mist fans.

However, he said milking machines will soon be introduced to boost production.

His farm currently produces 40 to 50 kilogrammes of milk per day, and sells one kilo of pasteurised milk at 250 baht and a 180cc bottle for 55 baht. Meanwhile, a 70cc bottle of buffalo milk yogurt goes for 45 baht and pudding for 40 baht.

Also in the pipeline are plans to whip up ice cream as well as mozzarella and blue cheese, Mr Phromphiriya said.

He added that a solid supply of cheese will cut down on pricey imports and give more people, especially youngsters, access to a new source of protein.

"Our farm follows strict hygiene standards and the temperature at our milk-production facility is controlled at precisely the right level throughout the year," he said.

Each buffalo is also provided with a sponge mattress to protect their legs, while the stables are covered in nets to shield the animals from mosquitoes and harmful insects.

Mr Phromphiriya has also hired more than 10 husbandry experts to take care of his herd's health as well as work on research and development.

He also said his farm has won numerous awards in breeding competitions.

Meanwhile, he said, the sale of calves continues generating revenue. A year-old calf, weighing at least 300kg, can change hands for anything between 100,000 baht and 200,000 baht.

The calves are bought by local farmers, as well as farmers from China, Vietnam and Malaysia, said Mr Phromphiriya, who was named two years ago as the president of the association for Thai buffalo preservation and development.

Apart from conserving the native beast, his farm also contributes to the local economy by purchasing grass from farmers nearby.

Mr Phromphiriya said he is now considering partnering up with investors to expand his operations.

His intention is to preserve native buffalo breeds, as well as turn his farms into money spinners, which is vital for the conservation efforts.