The village at tambon Na Rai Luang in Nan's Song Khwer district on Thursday received a throng of guests. Government officials, journalists, university students and farmers from other provinces and nearby communities wanted to see how villagers managed to do away with farm chemicals.

HRDI director Wirat Prapthuk said the village suffered from monocropping -- the practice of planting a single crop on a massive plot of farm land.

"Villagers once harvested only maize," Mr Wirat said. "They put all resources in this plant. They needed to spend a large amount of money to buy farm chemicals to deal with weeds and insects that are rampant in maize plantations.

"Apart from the expense, villagers fell ill from contamination by farm chemicals. They also encountered financial problems when the price of maize went down."

Villagers, he said, became sick and blood tests conducted in 2009 showed traces of toxic contamination. So the HRDI decided to come in to help.

The project has 34 members who are farmers and 267 rai of farm land. They have substantially reduced their maize farm and planted other plants such as rice, vegetables and fruit. The project requires them to use organic fertilisers in their harvesting.

It has taken a decade for the project to take shape. Yet the fruit of their labours is sweet.

"Farmers are in better health. In terms of investment, they are less vulnerable to maize price drops and they have other plants to sell or at least to eat. By reducing their maize plantation land, they have more savings because they do not have to spend a lot of money buying farm chemicals." 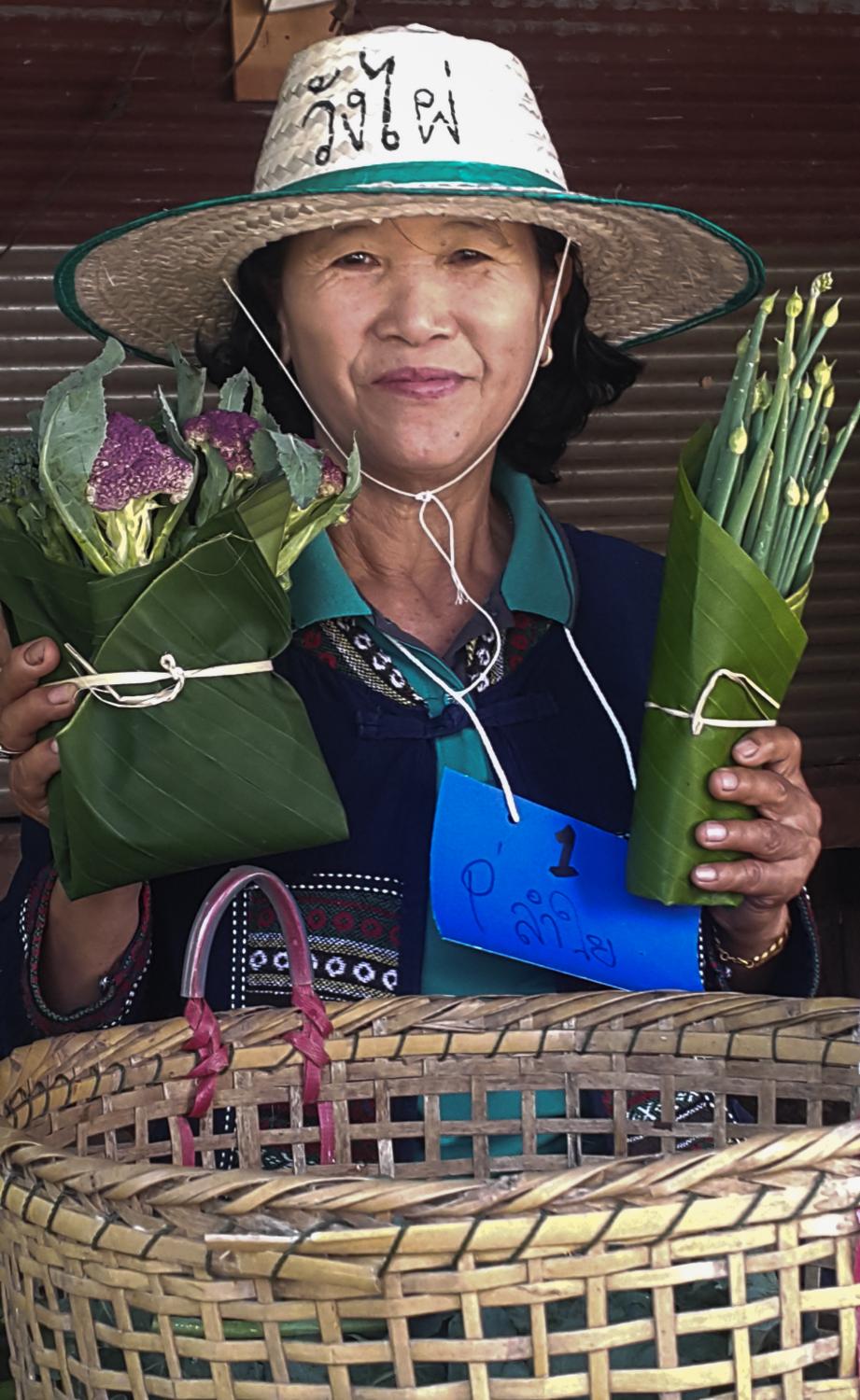 Lamyai Surit, 65, said she reduced several rai of land on which she grew maize into one rai and allocated other land to grow vegetables and rice for sale at the market.

She said she earned more money from selling organic rice and vegetables.

"The best thing is I feel much more healthy," she said.

For the existing maize crops, Ms Lamyai uses organic fertilisers and relies on manual labour to remove weeds and to till the soil.

This activity might require more time and manpower, but it has improved her health and saved her money because she no longer buys farm chemicals.

The Royal Project Foundation has used Ban Mai Village as a classroom to demonstrate how villagers can decrease the use of farm chemicals.

Yet the project has a lot more to offer, according to Mr Wirat.

The Royal Project Foundation is also working with 11 other projects in the same province. These projects have similar objectives -- to help farmers with organic farming and reduce the use of toxic farm chemicals. These schemes will be implemented in 96 villages, in nine districts in Nan province.

"Along 10 years of working with the project at Ban Mai Village, we have learned a great deal and finally come up with proven methods that can help farmers reducing their reliance on farm chemicals," Mr Wirat said.