Bountiful: Vegetable plots occupy a secluded garden in Nonthaburi. They provide a steady supply of produce which promotes food security for people in the city.

People continue to lose their jobs amid Covid-19, raising concerns about whether farmers and growers in the production chain can still get their supplies to market. Even if they can, the question also arises as to whether hard-up consumers can afford to buy them.

To address the issue of food security, some people have developed ideas to shape our food production chain.

Bangkok and other urban areas in the kingdom are perfect for growing vegetables, landscape architect Kotchakorn Voraakhom told the Bangkok Post. Ms Kotchakorn became well-known around the globe for her work on building green public spaces that tackle climate change.

"We have sunlight, we have water, we have seasons," she said. "We have lots of wasted space and surfaces."

With the help of modern technology, small-scale farming will not only help provide food security but also make it more sustainable, Ms Kotchakorn said.

"The consumers are here in the city. Growing vegetables here will reduce the need to transport crops," she said. "We can get fresh food and reduce food waste.

"We produce just the right amount and even if we have waste, it can be used to fertilise our gardens," Ms Kotchakorn added.

"It is time to rethink our way of producing food so it can be healthier and more equitable for people and the environment," Ms Kotchakorn added.

Varangkanang Nimhutta, the manager of the Thai City Farm project at the Sustainable Agriculture Foundation Thailand (SAFT), said her organisation has been funded by the Thai Health Promotion Foundation for a decade.

"A UN report shows that nearly 70% of the world's population will live in urban areas by 2050," she said. "Bearing in mind the loss of food sources, we are teaching people to grow organic vegetables on unused land."

"You can do it in an apartment, but community gardens will build up networks of residents who will help one another during uncertain times," Ms Varangkanang added.

Ms Varangkanang said the gardens can weather the coronavirus storm and extend help to vulnerable groups, including the bedridden and elderly.

However, she said they cannot meet the demands from about 3,000 vulnerable households heavily affected by the economic impact of the virus. 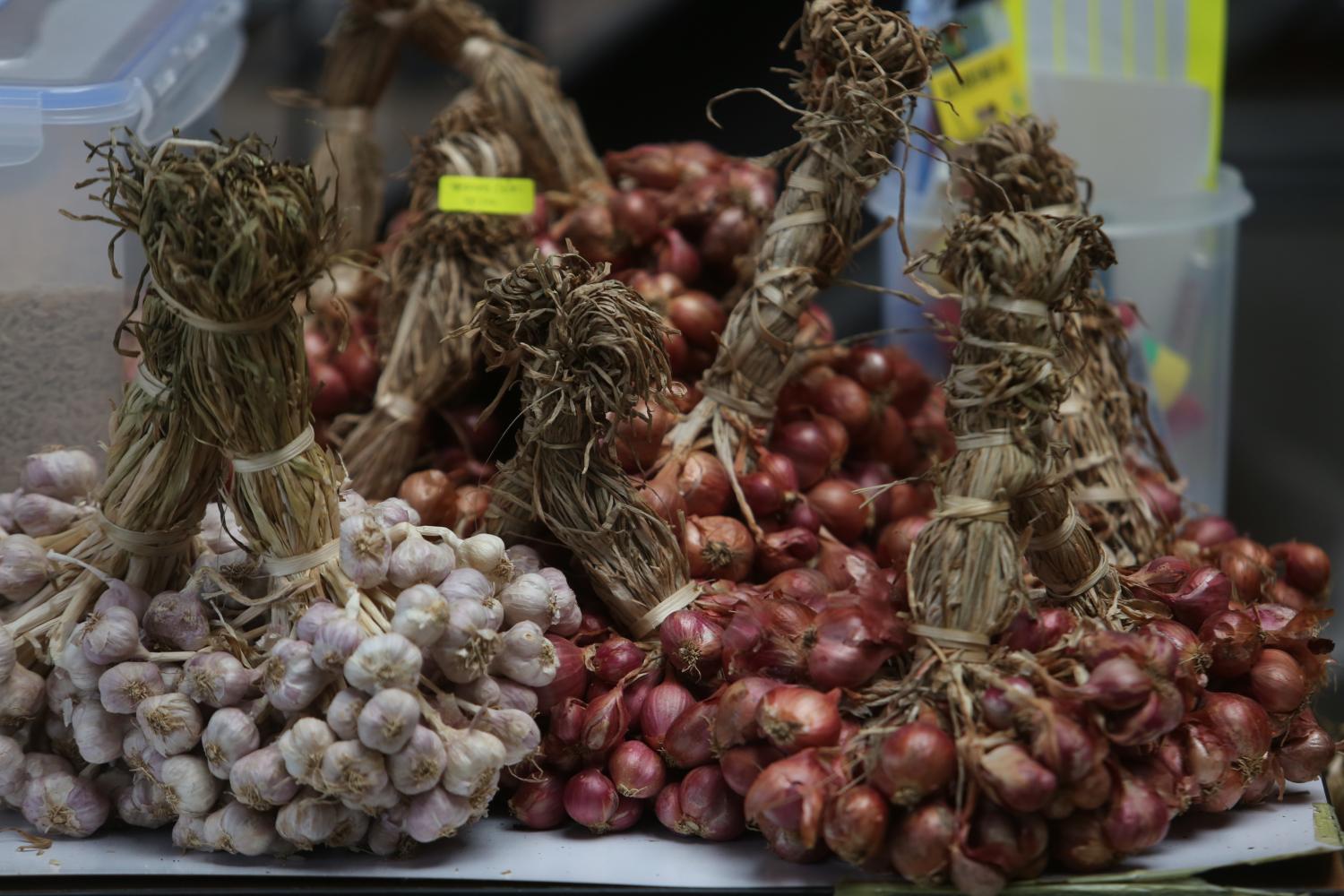 NO SHORTAGE: Garlic and shallots are abundant at the Thai City Farm.

Many businesses in the kingdom have closed since March 9, when the emergency decree was issued to curb Covid-19. Many workers were either sacked or furloughed.

"We have launched a food-sharing campaign. Otherwise, [affected people] would be forced by the circumstances to continue working outside at their own risk," Ms Varangkanang said.

"We raised donations to buy products from farmers hit by the closure of markets and deliver the goods to vulnerable families once a week," she added.

"Now we have entered the ninth week [of food donation] and reached out to nearly 7,000 households in Bangkok and adjacent provinces."

SAFT is planning another urban farming campaign to set up 100 square-metre gardens to target 30 slum areas in Bangkok and Chiang Mai provinces. Ms Varangkanang said the campaign will produce vegetables for 40 to 60 people per month.

Thailand has been promoting itself as the kitchen of the world, but in the eyes of Kritsada Boonchai, director of Local Development Institute, the kingdom's food security needs urgent attention.

"People in urban and rural areas [of Thailand] are dependent [in terms of food security]," Mr Kritsada said.

"Anyhow, people in urban areas have to depend on the food produced in rural areas," he said. "But the food security of people in rural areas in Thailand is not guaranteed. Actually, it is now at risk."

He said people who live near the sea or forest can fish or forage for food, but as the environment deteriorates, food is becoming hard to come by and many may even be contaminated by pollution.

In terms of production, most farmers produce crops under market demand, which is dominated by large conglomerates or traders. Farmers do not control prices, regardless of how much investment was put into their crops.

"Most of the farmers do not produce for their consumption, but industries. For example, rice farmers in the northeast grow white rice while they eat sticky rice," Mr Kritsada said.

He said the white rice grown by the northeast farmers is processed in factories to make other products like flour.

Furthermore, because of a centralised market system, goods are sent to urban areas before being transported back to rural consumers, Mr Kritsada said.

Ms Varangkanang, manager of the Thai City Farm project, said conglomerates have monopolised food production and give a false impression that we have food security by displaying produce in modern stores.

"However, any crisis -- whether they be drought, flood or an outbreak -- lays bare the vulnerability of the entire system," she said. 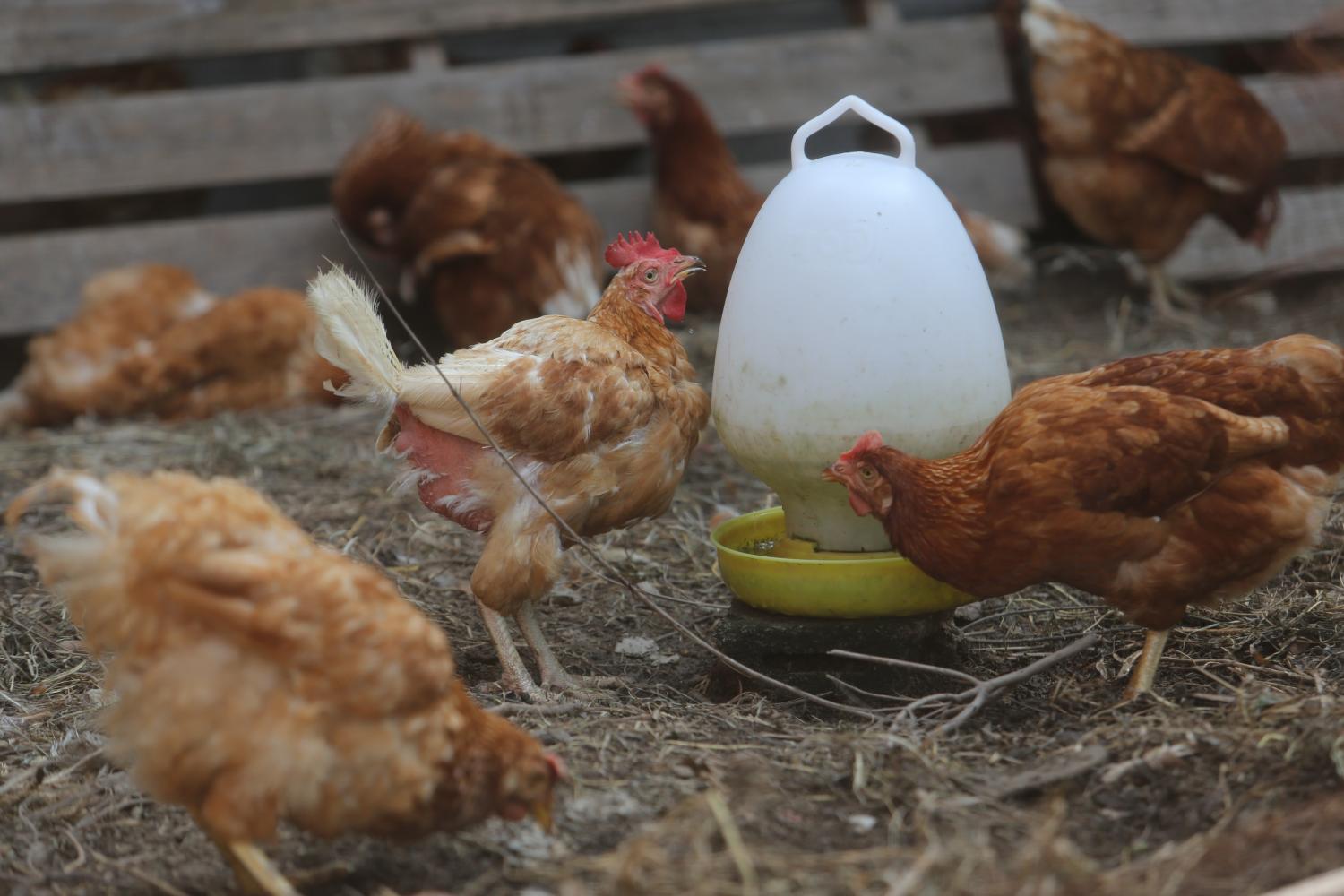 "As soon as the government ordered the closure of businesses, people rushed to stock up on food until [stores] ran out."

"Empty shelves are a familiar sight. Also, we have no choice when we are overcharged for essentials amid shortage," Ms Varangkanang added.

"The middlemen [conglomerates] sever the ties between consumers and producers, leaving us in the dark about how to survive during the crisis.

She stressed the importance of buying directly from food producers to ensure food security, especially during a crisis.

"Consumers can pre-order fresh produce from farmers and pick up the goods.

"The income of farmers has increased 10-fold during the outbreak."

She said 30% of food production comes from urban farming, but Bangkok has optimised no more than 5%, noting the remaining 70% comes from processing plants and small suburban farms.

"It now depends on what we can do and whom we will support," Ms Varangkanang said.

The Bangkok Post will run the second of a two-part series on food security with a focus on a food sharing scheme tomorrow.