Young visitors look at digitally-sketched faces of Bilal Mohammed, one of two suspects in the deadly explosion at the Erawan Shrine at Ratchaprasong intersection in 2014, at an exhibition featuring faces of missing people at Silpa Bhirasri's House in Bangkok. (Photo by Jetjaras Na Ranong)

A digital sketch exhibition was launched on Saturday to raise public awareness about missing people through the display of artwork.

The "Person To Person" event features exhibits with elements of criminology and tragedy factored in.

Hanging on a wall is the portrait of what Jeerapat "Gigi" Thongchum, reported missing when she was nine years old, would look like now 10 years on.

"I brought a sketch of 'Gigi' to the exhibition. She was reported missing with the police when she was nine," said Pol Col Chaiwat Burana, a superintendent at the Criminal Records Division, the Royal Thai Police.

Pol Col Chaiwat organised the sketch exhibition, which runs until the end of the month, at the Silpa Bhirasri's House on Rajvithi Road in Bangkok.

Unlike most sketches on show at galleries, Gigi's image has been produced with the girl's age digitally advanced by 10 years from when she was last seen nine years ago.

Other exhibits include digitally sketched faces whose bodies were found by police but could not be identified.

Another portrays the face of two suspects in the deadly explosion at the Erawan Shrine at Ratchaprasong intersection in 2014. 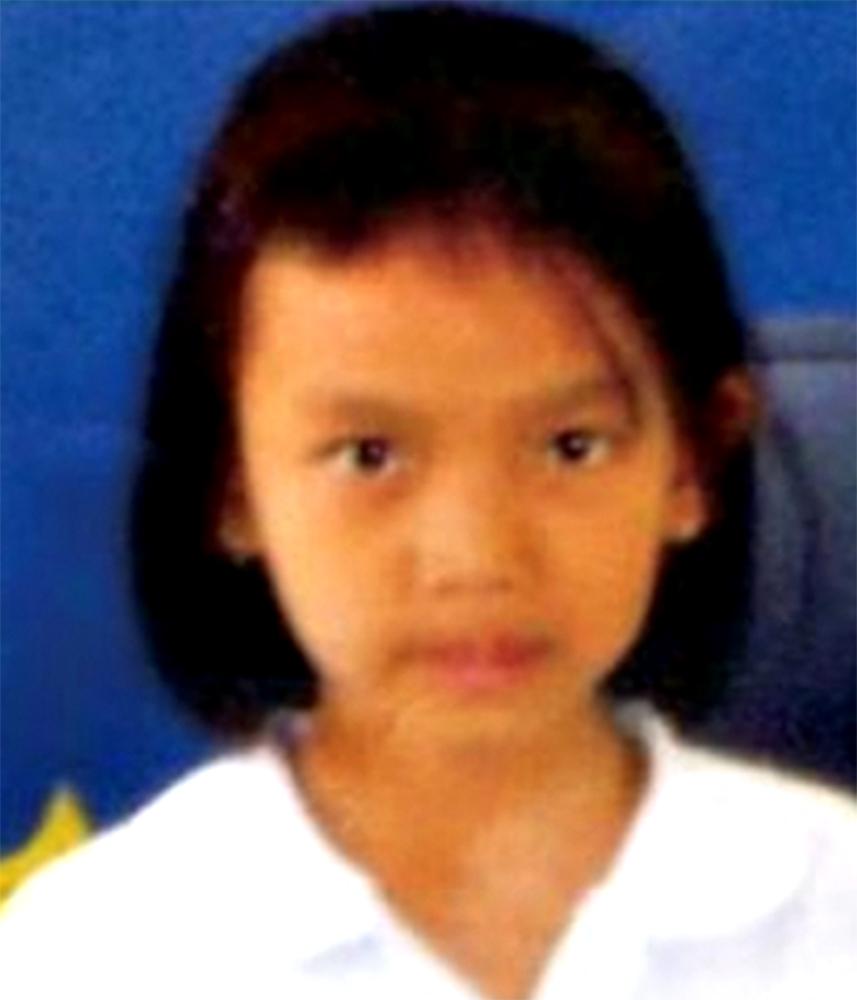 The sketches, which may come across as being morbid, can be of tremendous help to the police investigators.

In the Erawan Shrine attack, for example, only one witness had seen the two suspected bombers -- Bilal Mohammed and Yusufu Mieraili -- currently being tried in court.

The police hope the sketches might attract other witnesses in the incident, whose testimonies will add weight to the case and raise the chance of conviction against the suspects.

"I strongly believe people on the street play a crucial role in bringing criminals to justice," he said.

"The exhibition hopes to evoke people's memories and may help us identify the many nameless unidentified victims in our investigation files."

What people remember can be transferred onto sketches and so it is a collaboration between the public and the police, according to Pol Col Chaiwat.

The superintendent said picture galleries provide an outlet where people can assist the law enforcement authorities in ensuring justice is served and reuniting families.

"The drive behind this exhibition is that we want to highlight the fact that arts can be a contributor to the justice process," Pol Col Chaiwat said.

Looking back at the superintendent's background, it is not hard to see where he drew his inspiration for his work.

A graduate of the prestigious Poh Chang arts school and the Srinakharinwirot University, Pol Col Chaiwat found his calling after he sketched the likenesses of His Majesty the King and His Majesty King Bhumibol Adulyadej The Great.

"The sketches were made out of love [for Their Majesties] and from the images etched deep in my mind," he said.

During his primary school years in Phetchaburi, he received an award in a sketching competition.

But it was not until he enrolled in the Pohchang Academy of Arts that he became in awe of the renowned sculptor Silpa Bhirasri -- born in Italy as Corrado Feroci -- and his artistic mastery.

His profound respect for the late sculptor was the reason he hosted the Person To Person exhibition at the Silpa Bhirasri's House where many found their passion to create arts.

Pol Col Chaiwat said the exhibition not only was a representation of his passion as sketcher and career as a police officer.

The combination of the two can solve riddles that stump criminal investigations and possibly give closure to families looking for their missing loved ones. 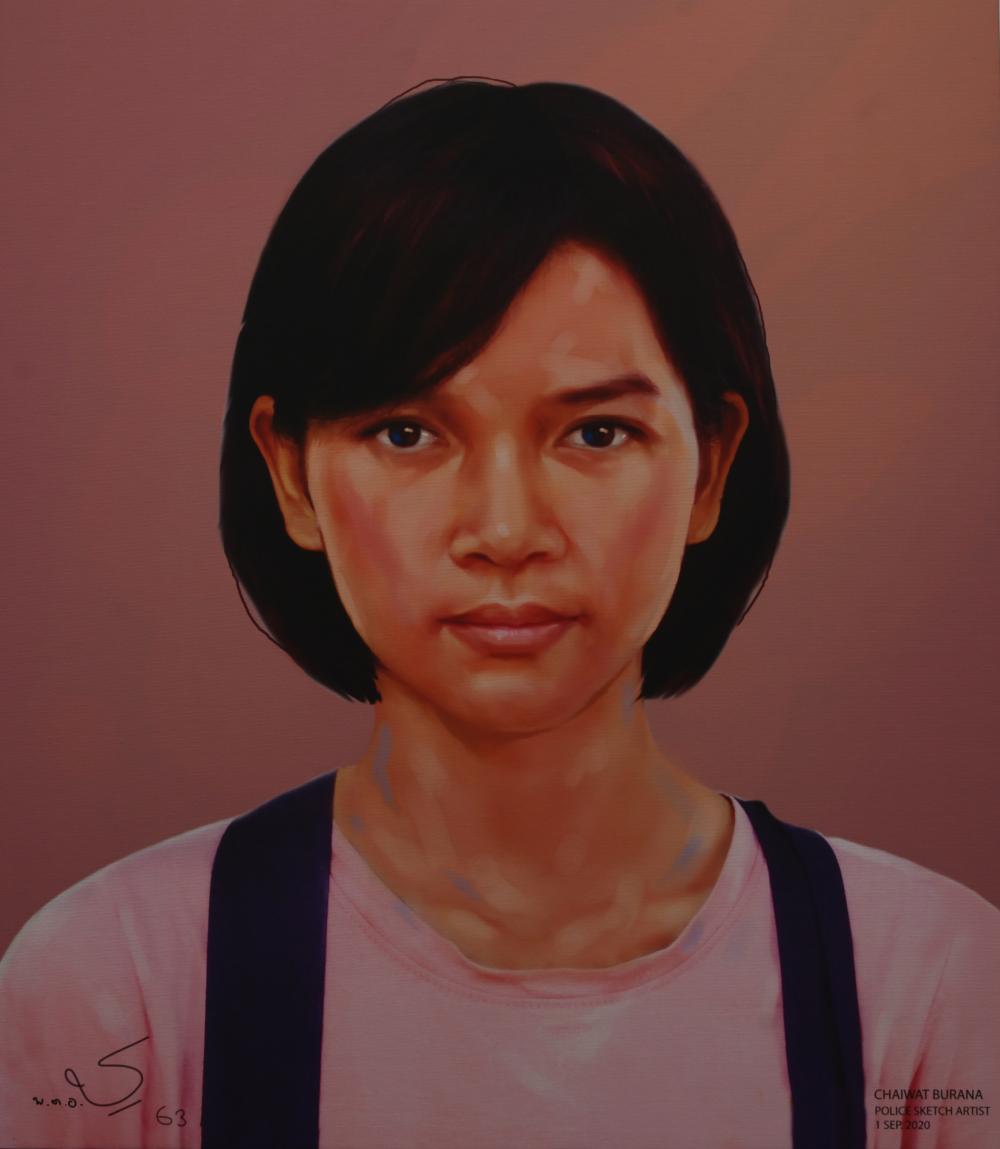 For Gigi, her family has never given up its search for the girl who disappeared as she was hawking garlands at a petrol station on the Friendship highway in Kaeng Khoi district of Saraburi in 2010.

In closed-circuit camera footage, the girl was seen walking toward a person who was calling out to her and vanished in the crowd of people. Gigi's parents have been driving the family pickup truck with the girl's picture stuck on the vehicle's exterior.

They also handed out fliers bearing pictures of the missing girl.

Later the Mirror Foundation, which has a vast database on missing persons, stepped in to help trace the girl. Gigi's pictures were also printed on the bottles of drinking water.

Meanwhile, Pol Col Chaiwat said the computer-drawn sketches were made to look like they had been hand-painted.

The Criminal Records Division worked closely with the Mirror Foundation to compare the information they had on the missing persons.