That year, flooding from the Ing river which often spills its banks in the annual rainy season, was particularly severe, inundating several villages. Ban Boon Rueang escaped the worst of it because the 236-hectare wetland forest served as a buffer.

"If it weren't for the wetland, our village would have also got flooded severely," said Srongpol Chantharueang, chairman of the Boon Rueang Wetland Forest Conservation Group (BRWFCG).

"We realised then how important it was for us. That made us more aware of the threats to the wetland, and more determined to protect it," he told the Thomson Reuters Foundation as he walked around the forest, pointing to edible mushrooms and honeycombs. 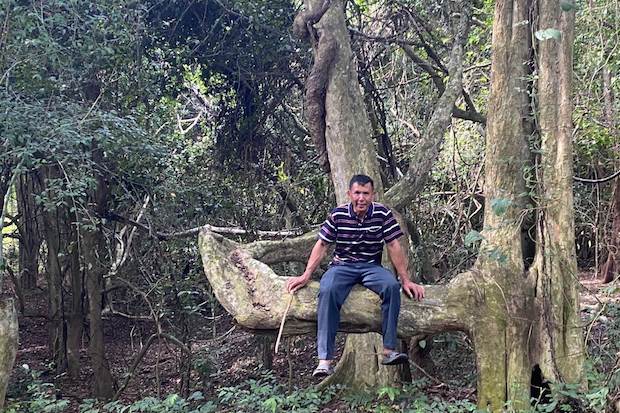 Destruction of natural resources, the denial of forest rights and loss of community lands in Thailand for industry and tourism have hurt farmers and villagers, many of whom lack formal tenure.

When the government in 2015 earmarked Chiang Khong district as part of a Special Economic Zone (SEZ), the villagers decided to oppose the plan to infill the wetland -- with a novel approach.

They set up BRWFCG, mobilised support from other conservation groups and academics in the local university, and appealed to the National Human Rights Commission of Thailand (NHRCT), saying their lives and livelihoods were at stake.

It worked: in 2018, authorities withdrew the proposal, and on Tuesday, BRWFCG will receive the United Nations' Equator Prize for "outstanding community efforts to reduce poverty through the conservation and sustainable use of biodiversity."

"Convincing the government to conserve the wetland forest was a momentous achievement, made through advocacy and dialogue," said David Ganz, executive director of RECOFTC, the Center for People and Forests, which backed the community.

"Boon Rueang is a successful model for community forestry and showcases a nature-based solution to environmental injustice. The community's achievement is an inspiration to others who may be facing similar challenges," he added. 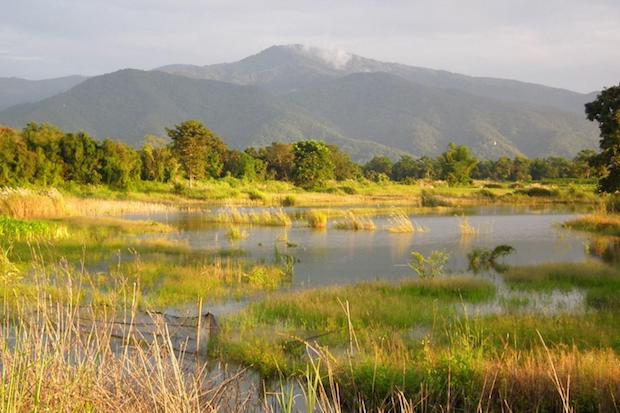 Wetlands such as floodplains, marshes, mangroves and peatlands help purify water, replenish groundwater, limit flooding and store carbon, researchers say. Along coastlines, they provide a buffer against storms and surges.

Yet across Asia, demand for land for housing and farming has led to wetlands being destroyed, even as more intense rainfall and rising seas cause more frequent river and coastal flooding.

Thailand has 15 sites under the Ramsar Convention on Wetlands totalling 405,219 hectares (15,645 square miles).

But authorities often fail to recognise their importance and the community's role in preserving them, said Niwat Roikaew, head of the Chiang Khong Conservation Group.

"Activism and knowledge are key to conserving natural resources. We have to educate the community that they have a constitutional right to participate in natural resource management," said Mr Niwat, who backed the Boon Rueang campaign.

"Government officials in the area are listening to us more because they recognise the role of the community," said the conservationist, whose two-decade-old community organisation has fought against deforestation, dams and unchecked development in the north.

BRWFCG launched advocacy and social media campaigns to showcase their community forestry management model, and submitted academic research to show how vital the wetland was to the local eco-system and for mitigating disasters.

With nearly 300 species of flora and fauna and dozens of edible and medicinal plants, the forest is vital to the food security of the villagers. It also has the potential to store 26 tonnes of carbon per 0.16 hectare, the research showed.

"This forest has a history of hundreds of years. I am very pleased that the Boon Rueang community has preserved and taken care of the forest," he said, adding that he endorsed their proposal to declare the wetland as a Ramsar site.

Thailand aims to increase its forest cover to about 40% of total land area from just over a third now.

But land rights activists have voiced concerns that the government's policies have hurt communities who live in or near forests.

At the same time, forests face constant threats from industrial projects. Before the SEZ, Ban Boon Rueang had defeated proposals for factories and plantations.

"We inherited this forest from our ancestors, and it is our duty to preserve it for future generations," said Neam Chantharueang, head of the village women's group.

"The SEZ is cancelled, but there is no guarantee something else won't come up. That's why we want it to be declared a Ramsar site," she said.

Forest authorities will work with local communities to resolve any conflicts, said Minister of Natural Resources and Environment Warawut Silpa-archa.

"We have to find ways to enable people to co-exist with forests," he said.

The Boon Rueang community of nearly 300 families manages the forest through traditional ways such as tree ordination ceremonies, and also has clear rules.

The rules include not cutting trees beyond a certain size, and a ban on hunting and the commercial sale of bamboo and firewood. Villagers can fish, and collect crickets, mushrooms and firewood.

The Boon Rueang wetland provides direct and indirect ecological services worth about $4 million annually, RECOFTC estimates, which includes food and other products, as well as the value from water retention, the wildlife, and heritage.

"It not only provides food and livelihoods, it enables the community to preserve its identity and culture," said Tuenjai Deetes, a former NHRCT commissioner who studied the case.

But even the community's best efforts cannot stop the impact of climate change and upstream dams that are hurting the flow of the river Ing that sustains the wetland, said Mr Srongpol.

"This time of year, we normally have to move around the forest by boat. But for the past couple of years, the river level is low," he said.

"If there is no flooding, there is fewer fish, and the vegetation will begin to die. The forest is like our kitchen -- if it is destroyed, how will we eat?"