Prachuap Khiri Khan's Kui Buri National Park has always been popular among nature lovers, but now it's also an attractive choice for domestic visitors from city areas no longer able to travel abroad for this holidays.

Dubbed "Thailand's Safari", the 969 sq km area not only offers a sanctuary for animals in danger of extinction but also for the century-old fragrant trees that were used in the funerals of His Majesty King Bhumibol Adulyadej The Great and his late sister Her Royal Highness Princess Galyani Vadhana, among others.

The trees are located on the periphery of the forest inside Kui Buri National Park which is part of Kaeng Krachan Forest Complex and Tanao Sri Mountain Range on the border between Thailand and Myanmar. It was declared a national park in 1999.

Around one-third of Kui Buri's forest is formed by deciduous trees, 40% is dry evergreen forest, and the rest a tropical rain forest. It houses birds and mammals, including serows, muntjacs, leopards and Asian black bears.

In fact, it was the promise of seeing wildlife in the flesh that enticed this Bangkok Post reporter from his urban jungle to experience one of the park's famed tours.

As the tour began, we followed a path through a dense forest. The ranger told us to watch our step while warding off twigs and vines.

He cupped his hand to his ears to listen for elephants, although he warned us we were unlikely to come across any at this time of day.

Walking under the dense canopy, Somnuek Klinhom, a veteran ranger at Kui Buri National Park, pointed at their footprints and dung on the muddy ground.

"They were here this morning. These jumbos squeeze along this narrow path to eat the leaves of the trees that line it," he said during the one-day photo trip recently held by WWF Thailand.

Mr Somnuek said if wild elephants detect signs of humans near them, they stand still at first, waiting for the threat to pass, but if the people keep getting closer, they will make threats by stomping their feet. 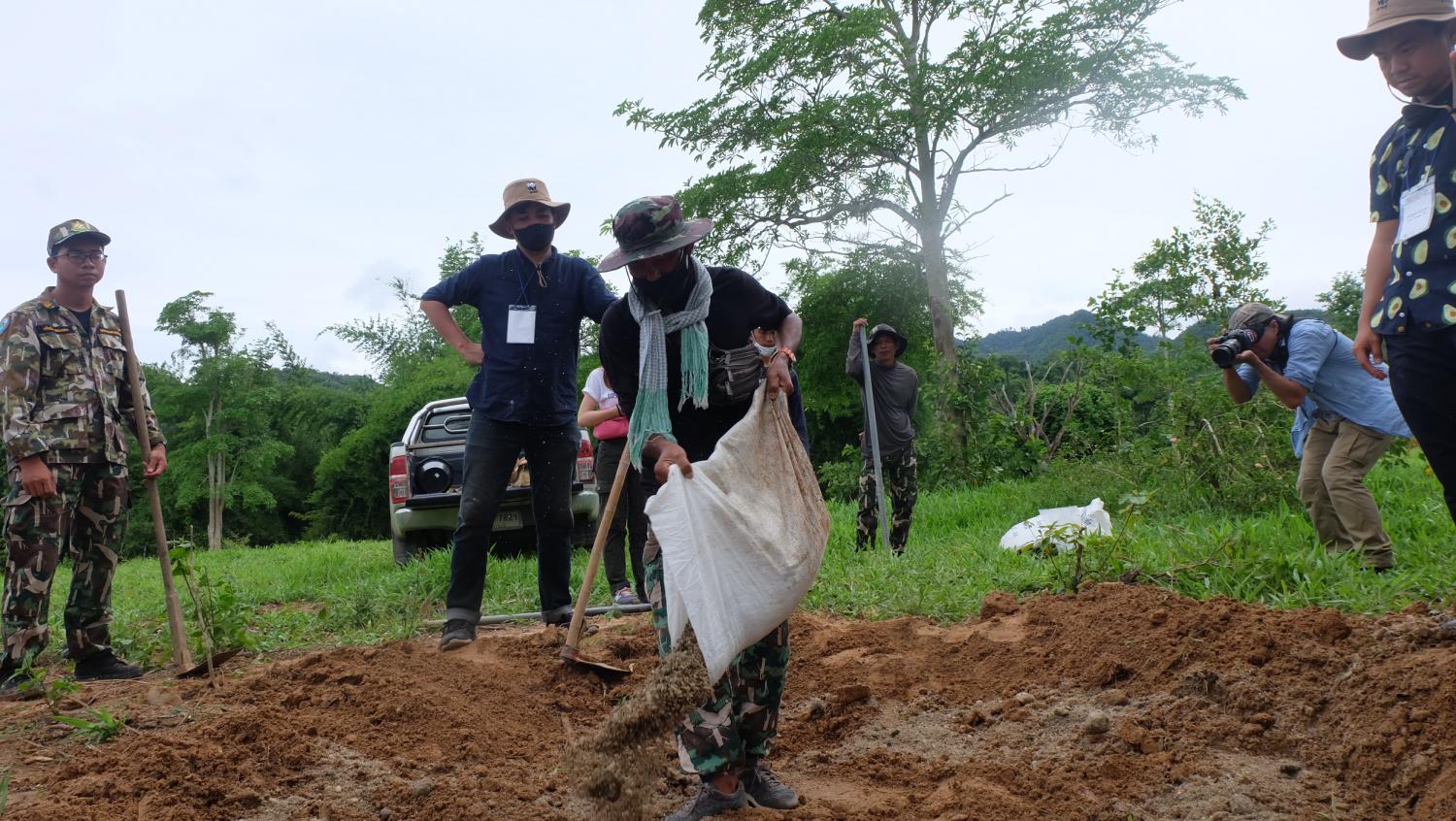 The last survey conducted by the Department of National Park, Wildlife and Plant Conservation five years ago through the extraction of DNA from collected samples of dung showed there were at least 237 wild elephants in the park at that time.

The area was once home to pineapple farms, but a spate of elephant killings by farmers in 1997 led to the expropriation of land upon which His Majesty King Bhumibol Adulyadej The Great began the conservation project.

WWF-Thailand biologist, Naret Sueaturien, told the Bangkok Post that villagers now live outside the park, but wild elephants continue to encroach on their farms.

"They have to stand guard and use blockades, catapult-like fireworks and beehives to drive them away. However, the jumbos sometimes manage to break through the barriers. Providing food sources can prevent them from invading local communities," he said.

Our group was taught how to dig salt licks, areas where animals can go to lick essential mineral nutrients which are replenished regularly by park staff.

Although a sighting of the elephants proved elusive, we did spot bulls grazing while travelling on the back of the pickup truck in the late afternoon.

Bulls are more familiar with humans and usually remain unfazed when the safaris pass by them at a distance.

However, when the Bangkok Post photographer left the truck to try to get a closer shot, his movement startled them and they beat a hasty retreat into the woods.

"However, we found the footprints of stray male tigers for the first time last year," he added.