The family of Chai Bunthonglek, a farmer who was killed in 2015 in a community farm in Klong Sai Pattana in Surat Thani province in southern Thailand, Aug 24, 2020. (Photo: Thomson Reuters Foundation/Rina Chandran)

SURAT THANI: Somruedee Bunthonglek has not repaired the bullet holes in the pickup truck her husband was driving when he survived an assassination attempt barely a year after her father was shot dead on the same communal farm in southern Thailand.

The grey truck, with about half a dozen bullet holes on the driver's side, is a reminder of the risks to the community that occupied about 237 acres of land in Klong Sai Pattana as an act of defiance after a palm oil plantation's licence expired.

Four members of the Southern Peasants' Federation of Thailand (SPFT) in Surat Thani province were killed between 2010 and 2015, and many more sued and jailed since, in a more than decade-long fight for land and community titles.

"We worry about being attacked again, or being sued, but this is our land, and we are staying on to fight for it," said Ms Somruedee, 33, adding that her husband left the community after he was attacked in 2016, fearing for his safety.

"We have no other land. So what choice do we have - this is all we have," she told the Thomson Reuters Foundation.

No one was convicted for the attacks, which the villagers believe were carried out by gunmen hired by the local real estate mafia. The cases were closed for lack of sufficient evidence, police officials have said.

About a third of Thailand's 69 million people depend on land for a living, but nearly 80% of private land is formally owned by just about a fifth of the population, according to land rights groups who have long called for reforms.

Beginning in 1901, various land laws were passed, including a 2010 regulation for community land titles under the Abhisit Vejjajiva government, and a 2014 legislation for communal plots. A community forest bill was unveiled last year.

Yet issuance of community titles has been slow, and the farmers do not get ownership rights.

"Many governments have said they would allocate land to the landless poor, but they didn't. So we decided to occupy unused land or where licences had expired," said Pratheep Rakhanthong, a community leader of SPFT, which was formed in 2008.

"Sustainability of livelihoods and lives is only possible with a title, and when the right to own and manage the land belongs to the community," he added.

The Agricultural Land Reform Office (Alro), a government agency, initially allowed the villagers to take over the land in Klong Sai Pattana as a pilot for community farming, then asked them to leave, Mr Pratheep said.

The Alro did not respond to requests for a comment.

Land rights groups in Thailand estimate that there are more than 8 million landless people in the country.

Under the 2010 regulation, 50 communities were promised collective rights. But few such titles have been awarded, according to the department of land.

While the 2007 Thai Constitution gives people the right to participate in managing natural resources and the environment, evictions from forests and farmland have risen to make way for mines and power plants, triggering protests nationwide.

The government adopted a Western land code in 1901 that was based on private property ownership, and subsequent land laws have been in the same vein, said Jessica Vechbanyongratana, an assistant professor of economics at Chulalongkorn University.

"Community activists have managed to bring about small changes that have resulted in greater land rights for some groups of people, but there has not been a complete overhaul of the system," she said.

It is unlikely to be a priority now, she added, as authorities focus on reviving the economy after the coronavirus. 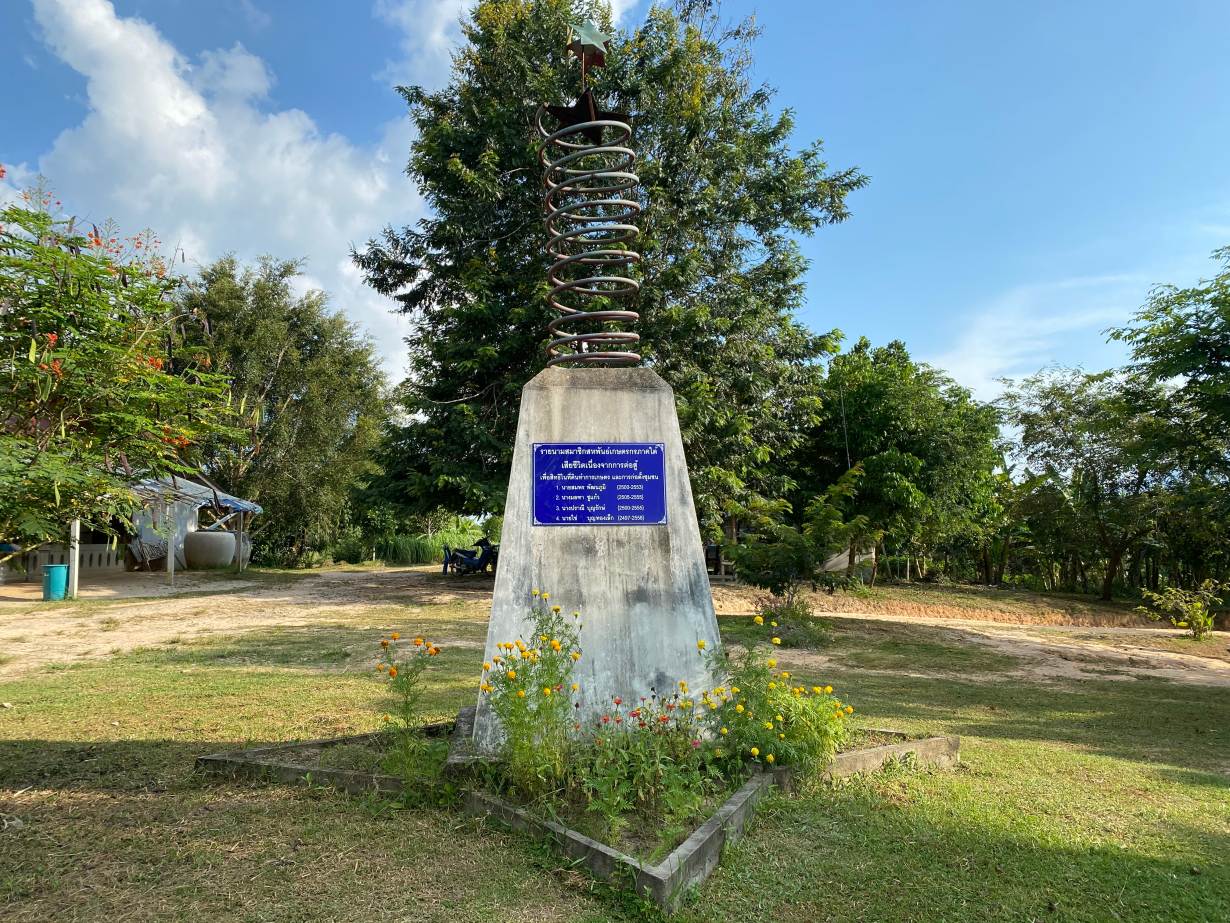 SPFT advocates a progressive land tax, a national land bank to support landless peasants, and the protection of agricultural lands for farmers.

It joined other land rights groups in protests in 2018, when authorities committed to speeding up community land titles.

Now the groups back ongoing anti-government protests led by students across the country calling for systemic reform.

"The protesters realise farmers are struggling, and that we need to amend the constitution and the land laws," said Pienrat Boonrit, president of SPFT in Phoem Sap community in Surat Thani, which has occupied 267 acres of abandoned land.

"The system does not address the root cause of the problem, which is the unequal land distribution. It is out of frustration that we have occupied land - there is no other choice," he said.

Earlier this year, deputy agriculture minister Thammanat Prompao said that there were plans to lease land "misused" by businesses to those who wished to use them, although not all of these lands would be converted for agricultural use.

More than 70 human rights and environmental activists have been killed in Thailand over the last 50 years, according to rights group Protection International (PI).

Many more have been sued and jailed - a tactic increasingly adopted by companies to intimidate villagers, says PI.

In Surat Thani's Nam Daeng Pattana community - which occupied about 475 acres of an unused palm oil plantation - 14 villagers were sued for trespass and property damage in 2017.

Seven were convicted and sentenced to two years and eight months in jail.

Vilaiwan Klabnui, 43, one of two women who was jailed, received a royal pardon in April and was released after nearly two years in prison. The others remain in prison.

"This is my land, my home. Being in jail did not change my mind," said Ms Vilaiwan, who grows rubber, palm oil and fruit on her plot of about 22 acres.

"We are farmers, not criminals - we need the land to make a living and feed our families," she said.

At Klong Sai Pattana, where the community gathers every morning for roll call, a meeting and exercise, they still take turns to man lookout posts 24 hours a day, and have a night patrol. Many villagers carry walkie-talkies.

Near the community hall is a memorial for the four SPFT members who were killed - including two women - with their names on a blue plaque.

"This land, this community is all we have. It is what my father wanted, so we will continue to fight," said Ms Somruedee.

"I hope we will get our community title so we can be more secure, so our children can have a better life."