Min Buri to get shot in the arm
Thailand
Special Report

Min Buri to get shot in the arm

Min Buri, a district on the edge of Bangkok, is known as a green area -- a former paddy zone in a low-laying plain with plenty of canals and nature. 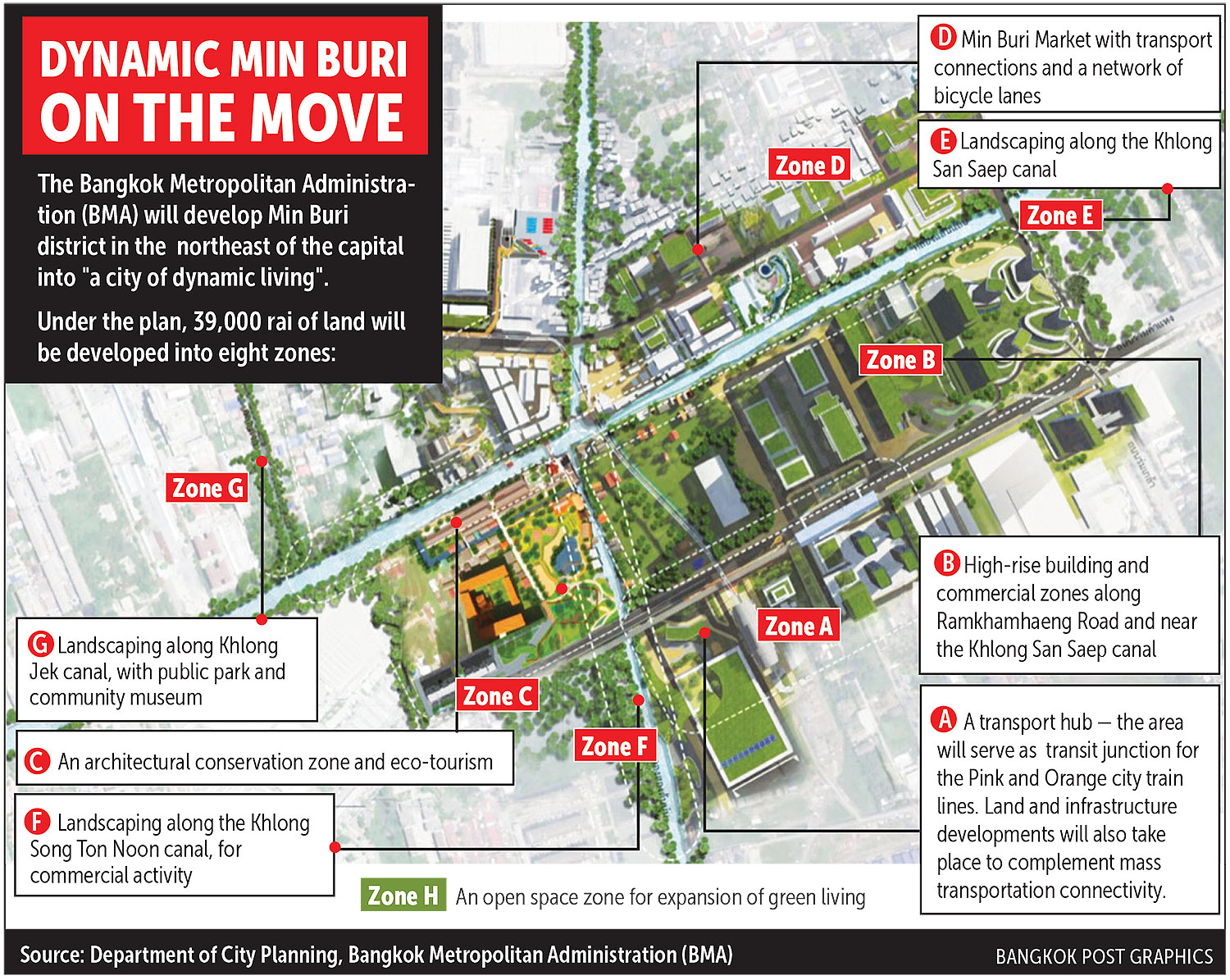 But all that will change in the future.

The district is located in the northeastern part of the capital and is targeted by the Bangkok Metropolitan Administration (BMA) to be part of its new urban development plan to transform the farmland area into "Dynamic Min Buri: A City of Dynamic Living".

BMA is drafting a plan for districts on the outskirts of Bangkok to bring economic activities and social change to various areas via the mass transit and urban trains which are being built there.

Min Buri is one of 11 sub-centres that the Department of City Planning under the BMA has chosen to study as part of its "dynamic living" project.

The 11 sub-centres were chosen from areas with an interchange station and dynamic personality, according to Chukwan Nilsiri, director of the department.

The department has hired PSK Consultants and Chan Consultants for 21 million baht to conduct the study for a period of 10 months.

The firms held the last public hearing on the project on Oct 23. They will send the latest result of their study to the department at the end of this month, Ms Chukwan said.

Prof Pechladda Pechpakdee, a lecturer with the Faculty of Architecture at Mahasarakham University and the project's manager, said Min Buri has the potential to be a trade and commercial hub, a residential area and transit-oriented sector.

Under the plan, 39,000 rai of land will be developed for eight zones including a transport hub that will serve as a transit junction for the Pink and Orange city train lines; a commercial hub for high-rise buildings along Ramkhamhaeng Road and near the Khlong San Saep canal; an eco-tourism and conservation area; and the Min Buri Market with a network of bicycle lanes.

An open space zone for the expansion of green living is also planned for Min Buri district.

Prof Pechladda said the Min Buri project will start with construction of either the Rama IX Park or Suan Luang Rama IX.

The area is suitable for transit-oriented development due to its proximity to piers, pathways, government offices and schools, she said.

Ms Chukwan said the study result will be submitted to the BMA so it can request for a budget for the development of Suan Luang Rama IX.