Water has caused many problems for Thailand. The country is routinely hit by droughts alternating with floods. Yet in terms of water management, Thailand has been blessed with one thing: the country had King Rama IX who spent decades trying to solve water problems and helped lay the foundations of sustainable water management in Thailand.

For Thais, His Majesty King Bhumibol Adulyadej The Great is a revered monarch, the heart and soul of the nation. For experts on water management who served the late monarch, such as Chalearmkiat Kongvichienwat, deputy director-general for engineering, the Royal Irrigation Department (RID), the late king was "a great hydrological engineer".

Mr Chalearmkiat had been sent by the RID to work on royal initiative projects involving water management. He recounted the first time he reported the water situation in Chumphon province to the late king in 1997.

He said he was impressed King Rama IX had done his homework and understood the case enough to discuss the issues with hydro engineers in the department and offer solutions.

But what impressed him most was the dedication of King Rama IX to introduce water-management solutions, regardless of the obstacles.

He recounted the royal initiative on flood prevention in Chumphon province -- an eight-kilometre water bypass canal, Huawang-Panang Tak, developed in 1993.

In August 1997, the late king visited the project and found construction had been abandoned at 6km because of a budget shortfall. He knew a seasonal storm would sweep through this province in the coming October and without this bypass canal to drain water, the province would be devastated by floods.

King Rama IX donated some of his personal funds to hire a contractor and ordered construction to be completed within one month. The contractor accomplished the task. When Typhoon Linda arrived in October that year, the canal helped drain the floodwater, alleviating the problem, said Mr Chalearmkiat, who also worked on this project and reported to the late king. 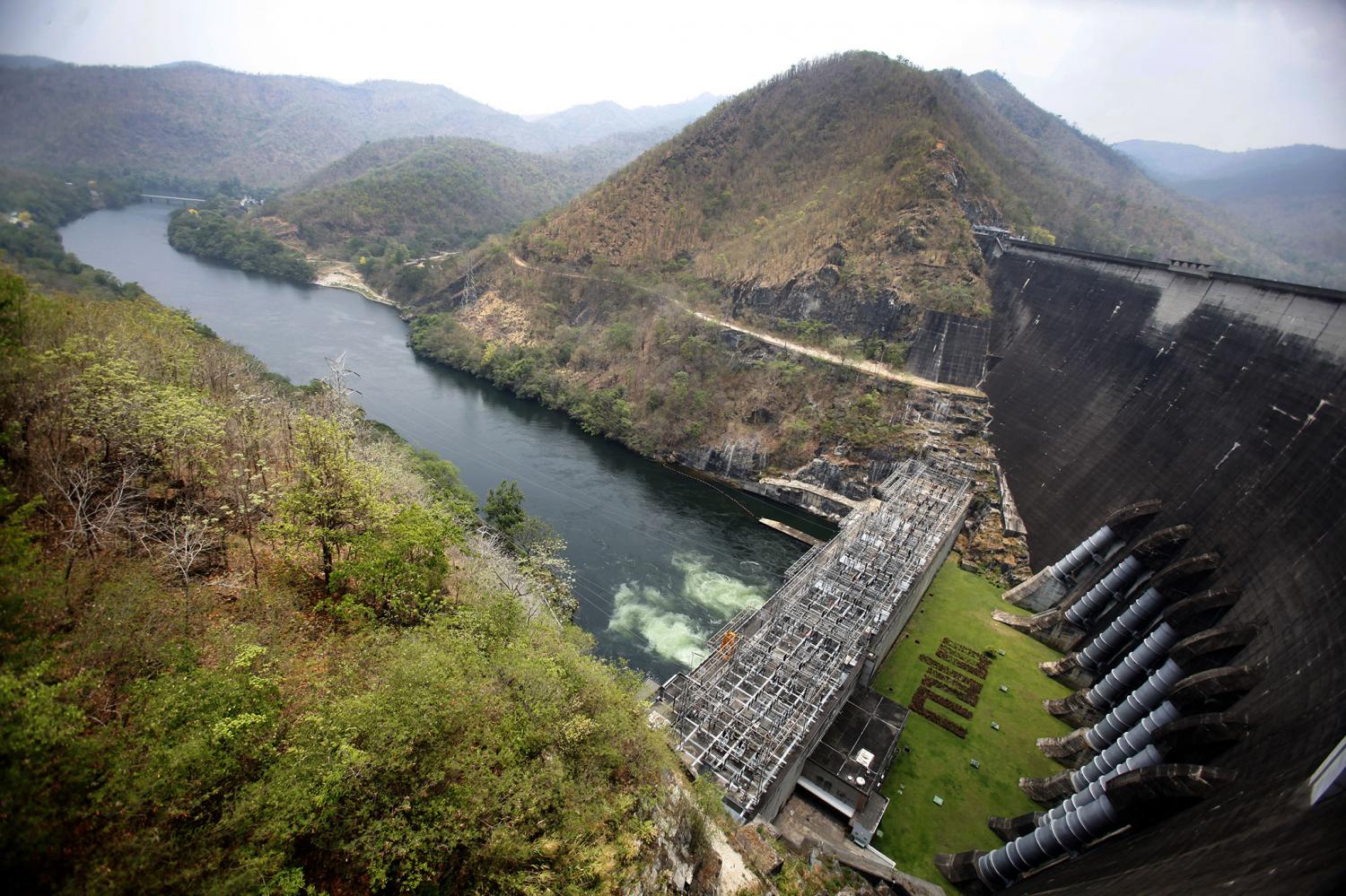 The Bhumibol Dam on the Ping River in Tak. The dam was the country's first arch dam. (Photo by Thanarak Khunton)

Most of the floods in the South come from run-off from the mountains; so the warning system could give data on the possible scale of the problem.

Then, officials were instructed to create Nong Yai pond as a water-retention area to absorb floodwater, and build three sluice gates to control water from the Nong Yai pond and drain the floods down to the sea.

"King Rama IX visited the site to see the scene with his own eyes. Above all, he is a truly democratic person because he always listened to others, especially local villagers and if the locals disagreed with the project, he would not pursue it," he said.

During his seven-decade reign, the late monarch developed 3,000-plus water projects because he was driven by the belief that without water, farmers would not have enough for their farms.

He also created flood-prevention schemes as he knew how seasonal floods could wipe out farmers' business and destroy farm products.

The late monarch also initiated a bypass canal in Phetchaburi, a province regularly hit by floods. 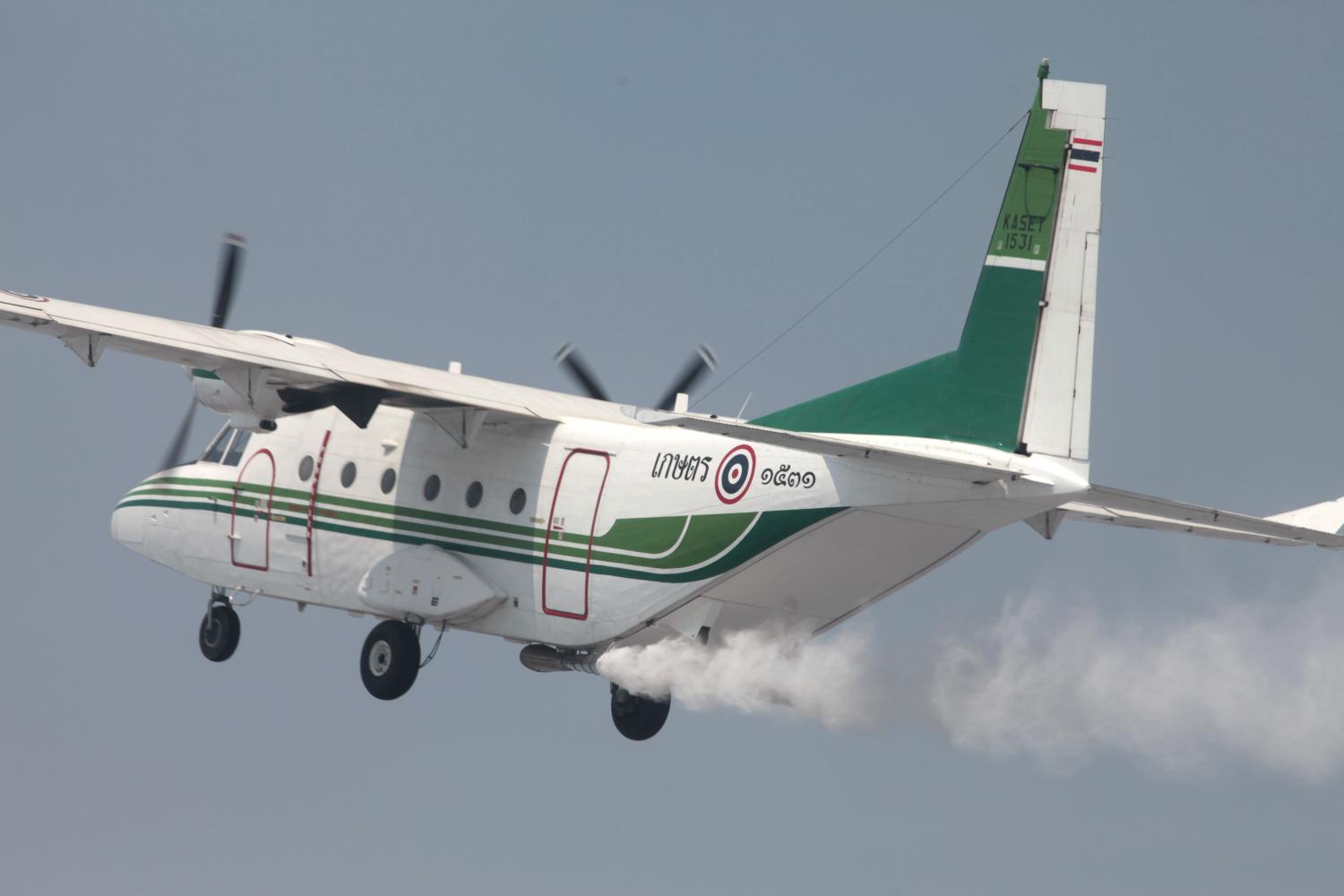 He suggested RID officials develop a bypass canal to irrigate water from the Phetchaburi River. The province suffered major floods every two years partly because of a lack of water irrigation infrastructure.

The late monarch came up with an idea-- installing flood gates and a water pump to increase water irrigating efficiency. During harvesting season, water pumps would help feed water to farmland and during floods, water pumps and flood gates would control flood drainage.

The whole bypass canal scheme in the province extended to 400km altogether.

To date, construction of the bypass canal network in Phetchaburi is 70% complete, Mr Chalearmkiat said.

One of the best examples is the "Chang Hua Man" -- a pilot scheme that King Rama IX started in 2009 to train villagers about a new theory of farming that champions small-scale, sustainable farming.

The pilot project is located on dry land in Tha Yang district of Phetchaburi. The late king tried various water projects on this dry land including extracting groundwater, and digging ponds to collect and preserve water to feed farms. Today, the Chang Hua Man project is thriving, selling farm products including milk.

"I want Thais to keep in mind what he did for us, for the country's security," said Mr Chalearmkiat, who also assisted in the Chang Hua Man scheme.

He said royal initiatives started by the former monarch continue to advance because the current monarch King Rama X has kept them going.

"His Majesty the King Rama X closely monitors these projects. He wants to make them complete as was his father's wish," he added.

According to RID, there are 3,481 royal water projects in which the department is involved. Among them, 3,206 projects are already complete.

They comprise 1,277 projects in the North, 758 in the northeastern region, 498 in the Central region and 673 in the South. These royal projects when completed will provide water to 589,000 households living on 4.90 million rai. The projects can store a total of 6.771 billion cubic metres of water.