Police reform needed if gambling reforms to have any chance: experts

No stone unturned: A police officer inspects a table during a raid on a suspected gambling den in Nonthaburi province on Thursday.

The new committee set up to tackle illegal gambling and legalising gambling dens will not yield any substantial results as long as the police force is not reformed, academics and a former senior police officer say.

On Thursday Prime Minister Prayut Chan-o-cha approved a 10-member committee to inspect state officials' law enforcement in cases of illegal gambling, which has been blamed for the recent outbreak of Covid-19.

The panel has former permanent secretary for justice Chanchao Chaiyanukit as the chairman.

The prime minister also approved the formation of a 15-member committee to inspect the handling of illegal border crossings by migrants, which is also believed to be a factor in the spread of the pandemic. 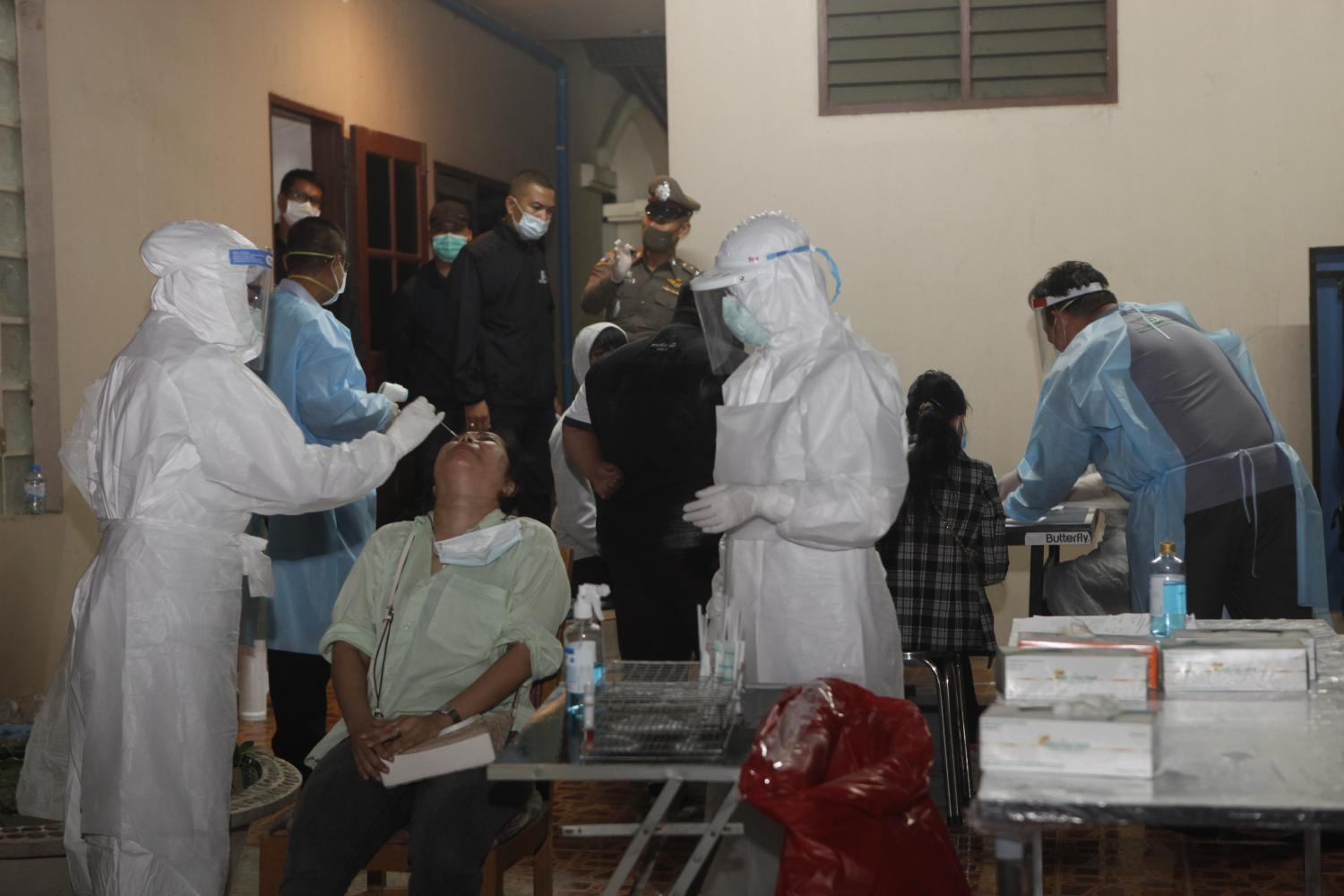 The panel is headed by Pakdee Pothisiri, a former member of the National Anti-Corruption Commission (NACC).

The committees are required to report their findings directly to Gen Prayut every month.

On Friday, Gen Prayut, in his capacity as chairman of the Centre for Covid-19 Situation Administration (CCSA), said it was time to begin discussing the possibility of legalising gambling in Thailand, according to CCSA spokesman Taweesilp Visanuyothin.

Much of Thailand's recent coronavirus outbreak has been linked to illegal gambling dens, prompting suggestions that legalisation of gambling would be a more practical approach to contain the spread of Covid-19.

Gen Prayut recently admitted it was hard to curb gambling and is now said to be open to holding public discussions about the pros and cons of legalised gambling, even though he opposes it personally. His deputy Wissanu Krea-ngam, meanwhile, said the formation of the panels will win public trust.

However, Nualnoi Treerat, an academic on public economics and quantitative economics at Chulalongkorn University's Institute of Asian Studies, told the Bangkok Post that law enforcement agencies, particularly the Royal Thai Police, are in need of reform if the crackdown on illegal gambling is to achieve success. 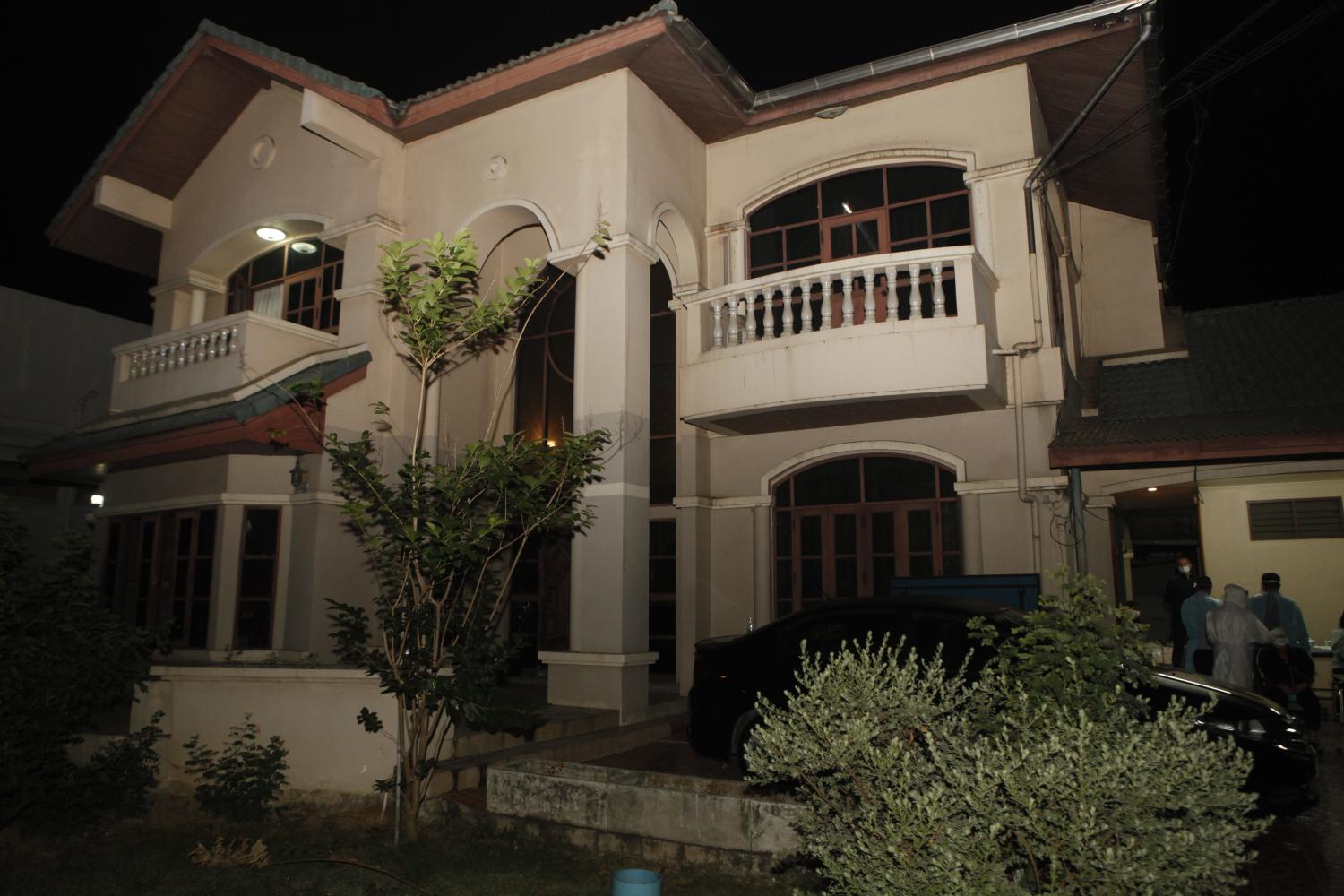 "Without reform, the formation of the committee will yield no results. Don't forget that over the past five to six years, the government has been thinking of reforming law enforcement agencies, but it appears to be getting nowhere," she said.

On the proposal to legalise gambling, she said such a move would not put an end to illegal gambling dens.

Ms Nualnoi said her survey found that gambling is prevalent in all provinces and it is not easy to legalise gambling. In doing so, one must take into account types of gambling and what purpose to be achieved.

"For example, if legalised gambling takes the form of a large entertainment complex as in Las Vegas or Macau, the question is who will benefit from it? Is it for the sake of the majority of people?" she said.

"This kind of gambling den must meet rigorous standards and requires supervision and regulation. Otherwise, it will have an impact on society. Without proper management, the costs incurred will outweigh benefits. When a gambling den is brought in line with standards, some groups of people will be denied access. As a result, they will return to illegal gambling dens," Ms Nualnoi said.

She stressed the need to ensure strict law enforcement before any move to legalise gambling to minimise its social impacts.

"Don't forget social costs that will follow. People addicted to gambling often end up deep in debt and tend to commit crime. I am not opposed to legalised gambling, but law enforcement agencies must undergo a major overhaul at the same time."

She pointed out the government must consider remedial measures for those affected by problems associated with legalised gambling. A campaign should be rolled out to educate people about the social impacts of gambling, she added.

"Some may point to legal gambling in Singapore, but law enforcement is rigorous in that country, as opposed to the laxity in Thailand. Even the problem of overpriced lottery tickets cannot be solved here," she said.

Moreover, online gambling has now emerged as a new problem, she noted.

Sungsidh Piriyarangsan, a scholar well-versed on the subject of the economics of gambling at Rangsit University, told the Bangkok Post that police reform is needed to stop officers from accepting money under the table paid by illegal gambling dens in exchange for allowing them to operate in their jurisdictions.

He echoed the view that even if casinos are legalised, problems will remain unsolved. The police force must be transparent and subject to scrutiny. He also suggested legalisation of gambling dens be modelled on the Singapore one. Singapore's model of legalised gambling is the most advanced in the world, with many laws designed to regulate and oversee it, Mr Sungsidh said.

"Ideally, police should report to provincial governors. Wherever they begin their career, they should stay there until they retire. This means they would be scrutinised by local people. If they are found to have committed a serious offence, they should be dismissed straight away rather than just being moved elsewhere," he said.

In his view, the formation of the committee to tackle illegal gambling is not a practical solution. He also wondered if anyone would be willing to come forward with information about illegal gambling dens given they might be concerned for their safety.

"If the PM has no courage to make serious effort to reform the police force, the problems will remain unsolved," he said.

Pol Gen Winai Thongsong, a former deputy national police chief, said it is undeniable that police are aware of gambling dens operating under their watch. 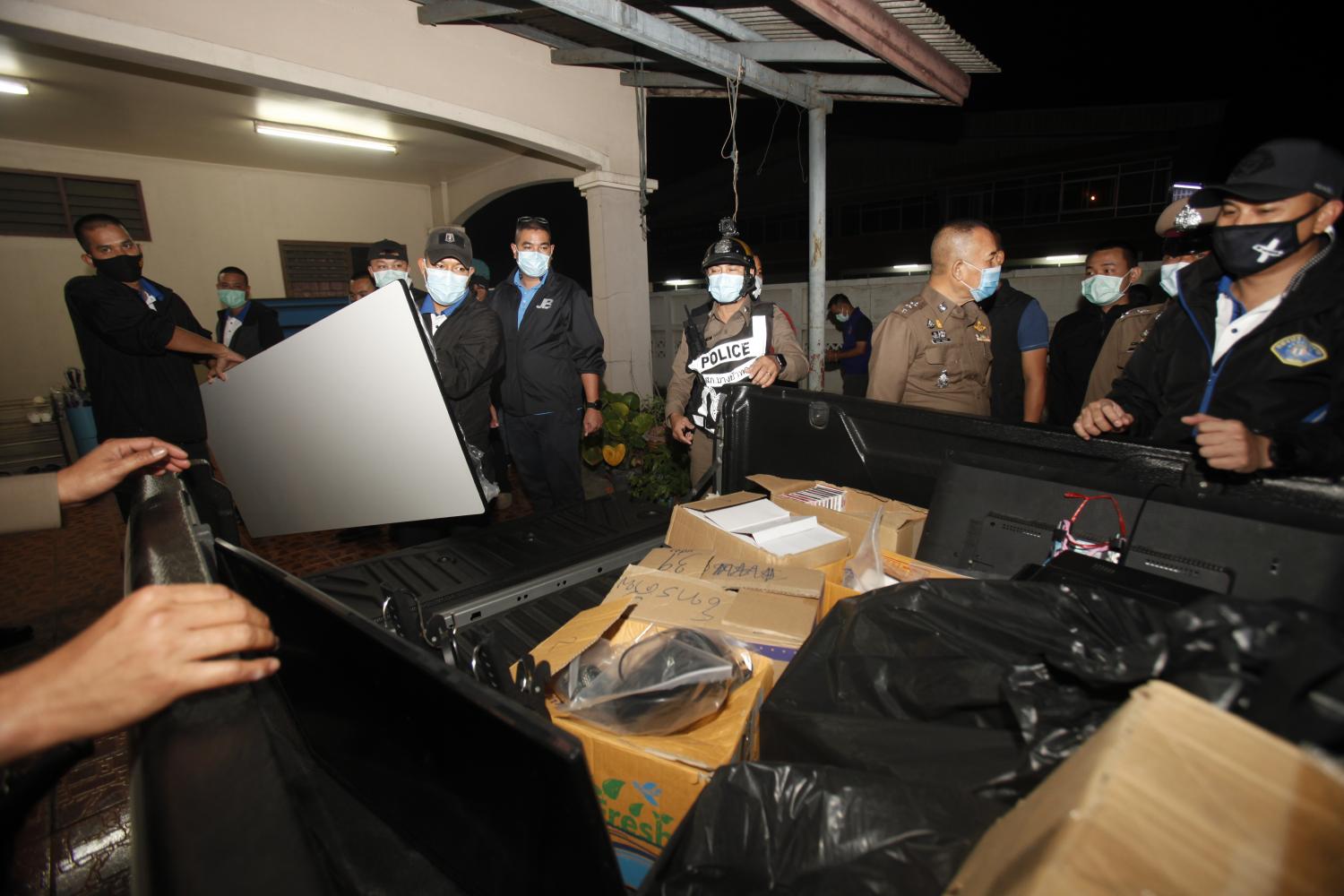 Time to go: Police confiscate a table during the raid on a Bang Bua Thong home.

For large gambling complexes to open for business, they must be given the green light from police, he said. Pol Gen Winai was well-known for leading two high-profile crackdowns in 2005 and 2011 on a notorious casino in Bangkok's Tao Poon area, netting hundreds of gamblers and tens of millions of baht in betting money.

"Police know where gambling dens are. Such large dens can never escape their eyes. But they do not make any arrests because there are vested interests involved," he said.

Police must be guided by conscience. If they do not stop buying positions, the problem of illegal gambling dens will never be solved, he stressed.

"When they buy positions, they have to recoup their investment by allowing illegal dens to operate in their jurisdictions so they will make money from the dens," Pol Gen Winai said.

He added that up to a billion baht can be spent on buying police positions. Promotions based on merit play a crucial role in solving the problem because officers will have no need to try to recoup their investment. For this reason, it is unlikely they will allow dens to operate, he said.

However, Pol Gen Winai has thrown his support behind the legalisation of casinos, saying casinos in neighbouring countries have drawn many Thai gamblers. It will be better if legal casinos are set up in this country so the casino industry can contribute tax revenue to the country, he said.

Pol Lt Col Krisanaphong Poothakool, an associate professor in criminology and an assistant president at Rangsit University, cited information about gambling in all 77 provinces gathered by Chulalongkorn University's Centre for Gambling Studies.

The information was collected from 44,050 people aged 15 years and older between April and July 2019 and estimated there was about 122.5 billion baht of betting money circulating in gambling dens annually, he said.

Pol Lt Col Krisanaphong said it remains to be seen how many officers implicated in allowing illegal casinos to operate will be punished.