The success of the national vaccination programme, which is seen as instrumental to creating herd immunity and reopening the country, depends on how inclusive it is.

Although the government has pledged to provide a vaccine for all, regardless of nationality, concerns have been raised by migrant labour advocates, experts and Thai employers about a gap in access to vaccines.

They say the government must do more to remove obstacles that stop migrant workers from getting their jabs or seeking medical assistance.

Falling between the cracks 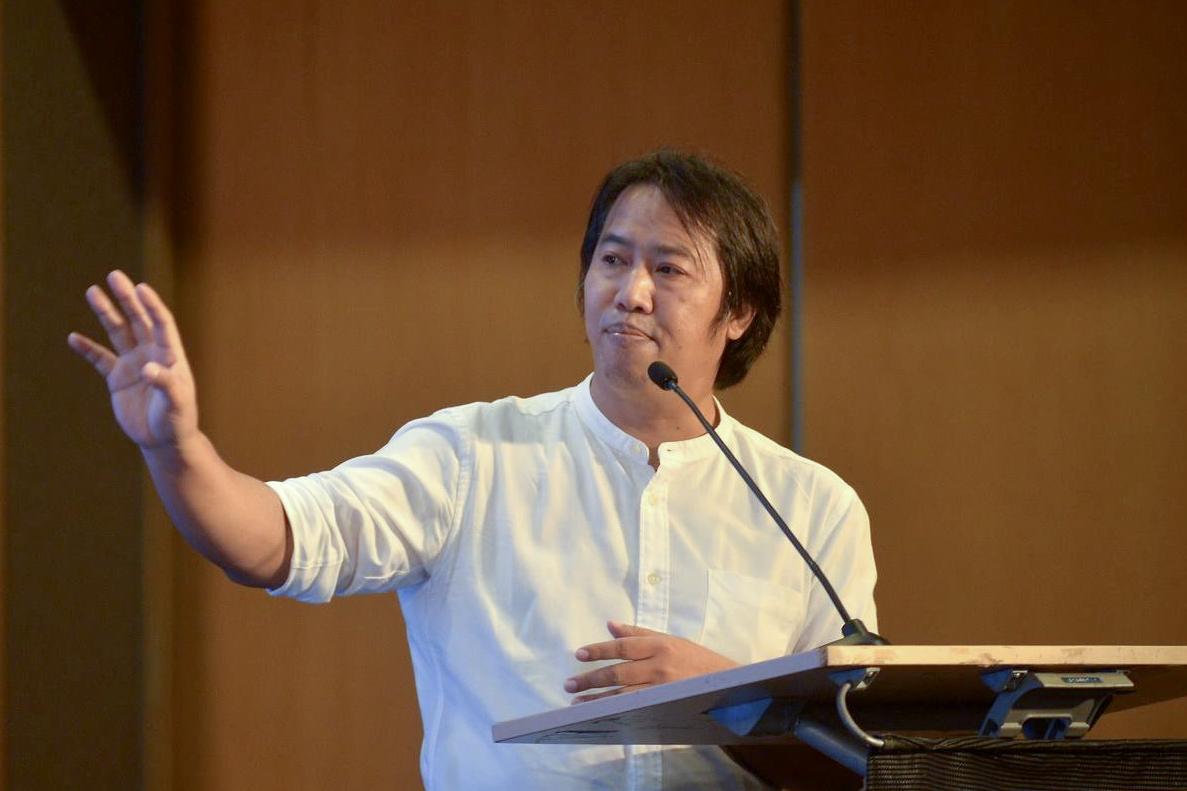 Mr Adisorn said while the registered migrant workers in at-risk areas are eligible to receive vaccines, language is a factor that may keep migrant workers from getting bookings for vaccine slots.

The mobile applications and websites for vaccination registration are not offered in their languages, making it difficult for them to register.

For migrant workers insured under Section 33 of the Social Security Act, many are afraid they will be excluded. They cannot register directly with the Social Security Office (SSO) for vaccines and have to rely on their employers to do the paperwork for them.

Those who are confirmed to have been registered, however, are still unable to get a slot and have no idea when they will be vaccinated.

Mr Adisorn said migrant workers' families might number about 100,000. Many are children who do not have identification documents.

As for unregistered migrant workers, a number which is put at 1 to 2 million, he said it is likely this vulnerable groups will have to pay for alternative vaccines, due to document issues, he said.

Paphop Seamhan, a food shop owner in Huai Kwang area, a Covid-19 hotspot, said some migrant workers were left out in proactive Covid-19 screening even though they were in at-risk communities.

His employees were denied testing at a mobile testing site and when he called to check with the district office, he was told that migrant workers would have to wait.

"They recommended testing services in Lat Phrao but the workers had to pay for service fees."

Now that food shops are allowed to open for dine-ins, Mr Paphop said vaccine slots should be allocated to migrant workers free of charge, adding neither workers nor their employers should have to bear the costs.

Min A, a Myanmar national who works as a domestic worker, said she was asked to pay for treatment when she was infected despite the government saying it would shoulder all medical costs.

However, she said her employer stepped in and paid for her expenses. He had also registered her for a vaccination. She was still waiting for her vaccine slot and had no idea when it would be available.

Meanwhile, Aung Ming Tea, another migrant worker who has been covered under the Social Security Scheme for almost 10 years, said he was one of the lucky ones to get a vaccine through the social security system, so he felt relieved that he will be safer from Covid-19.

According to Mr Adisorn, the number of infections among migrant workers is high and infected workers are scattered around in several provinces when compared with previous rounds.

As of June 15, the number of infected migrant workers in the current wave of the pandemic was 26,241.

One reason that infected migrant workers are scattered is that they were forced to find new jobs elsewhere after firms in the service sector closed down to contain the outbreak.

He criticised the Labour Ministry's crackdown on illegal migrant workers, saying labour officials stung by public criticism about the smuggling of illegal migrants are looking for an easy target -- those who are already here and vulnerable.

According to Mr Adisorn, some registered migrant workers have become "illegal" due to lockdown measures forced by the pandemic.

When they change jobs following a business shutdown, their current jobs do not match the type of work listed in their work permits and they lose their legal status.

This is a pressing issue faced by many migrant workers, especially after the Labour Ministry set up six task-forces to inspect the employment of migrant workers.

Some workers had gone into hiding, which made them vulnerable if they contract Covid-19. They tend to avoid seeking healthcare for fear of being arrested.

"If the cat-and-mouse chase situation continues, it will hamper disease control efforts. I think the authorities should tend to the basic needs of migrant workers.

"Transmission rates indicate that they do not have access to food, shelter, work and healthcare," he said.

The Centre for Covid-19 Situation Administration (CCSA) should decide on its approach to the management of migrant workers in this unusual situation because the crackdown is undermining the effectiveness of disease control measures.

Mr Paphop echoed these views, saying that after the closure of the Huai Kwang market, several workers, including those in an at-risk group did not isolate themselves and switched to selling food on food carts.

He suspected movement by this group, forced to fend for themselves, are behind the spread of the virus to nearby markets and surrounding communities. 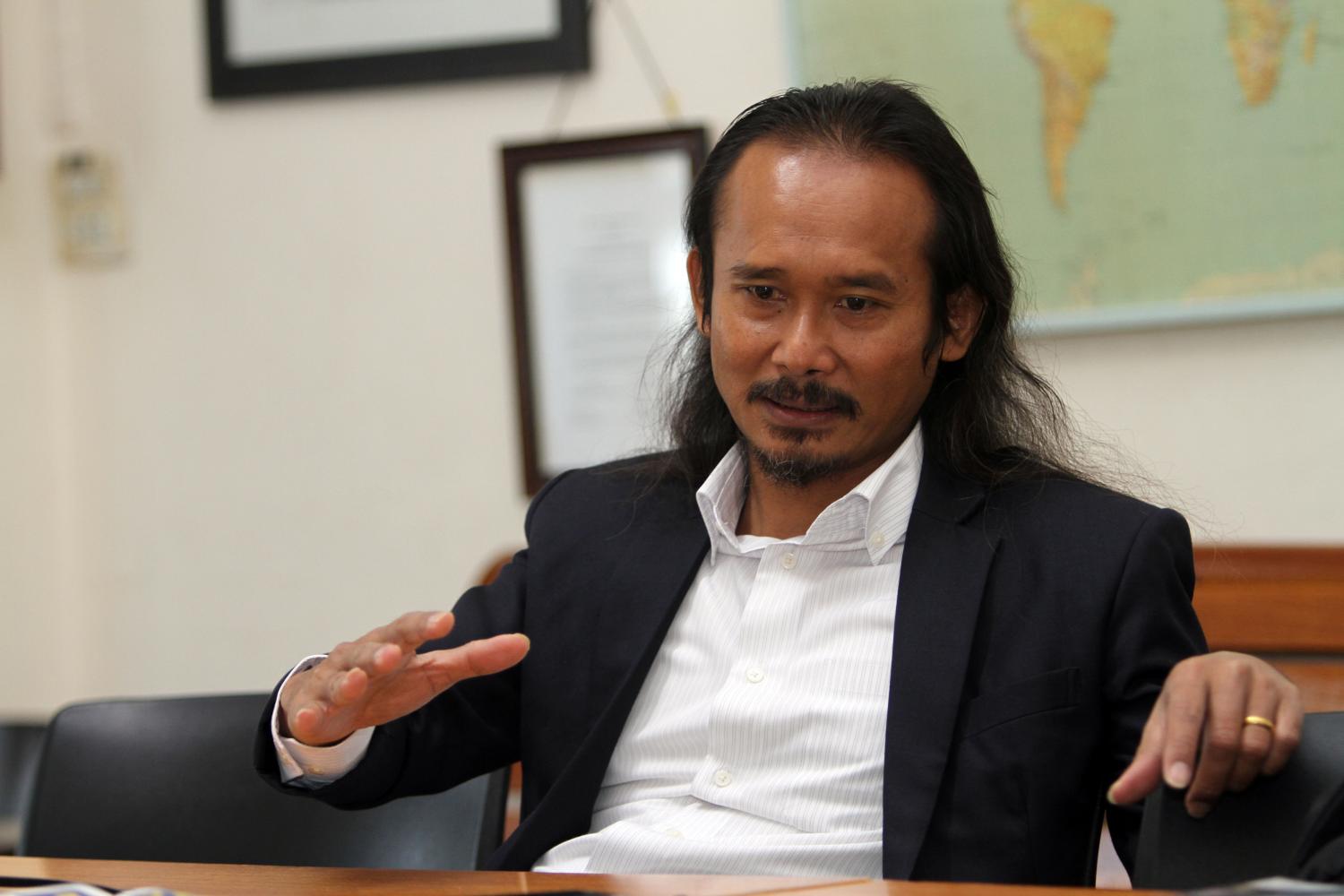 Sompong Sakaew, director of the Labour Rights Promotion Network Foundation (LPN), urged the government to allow illegal migrant workers to register and work in the country.

The number of illegal migrant workers is estimated to be at around 1 million people.

Calling it a "set zero" policy, the amnesty would help bolster its efforts in containing the pandemic while addressing labour shortages in some industries.

He raised his call at a recent online forum by the Institute of Asian Studies, Chulalongkorn University discussing the challenges of migrant workers.

There, he also shared the plight of migrant workers, several of whom have documentation problems because they are unable to register with the Labour Ministry to be allowed to stay in the country.

The cabinet resolved in December last year to allow migrant workers, including illegal ones, to register online by the middle of February so they can remain in the country and work legally under special circumstances.

Mr Sompong said the livelihood of migrant workers was hit hard by lockdown measures. About 90% are paid daily wages and they are left out of jobs when businesses are shut down to contain the spread of the virus.

"They are left to face it alone. This is what is happening but it is not seen. The government doesn't care how the migrant workers struggle in the pandemic," he said.