Trust in the skills of the private sector is crucial if the government wishes to navigate a way out of the Covid-19 crisis, says a Start-up network group which has been helping the government on the ground for more than a year. 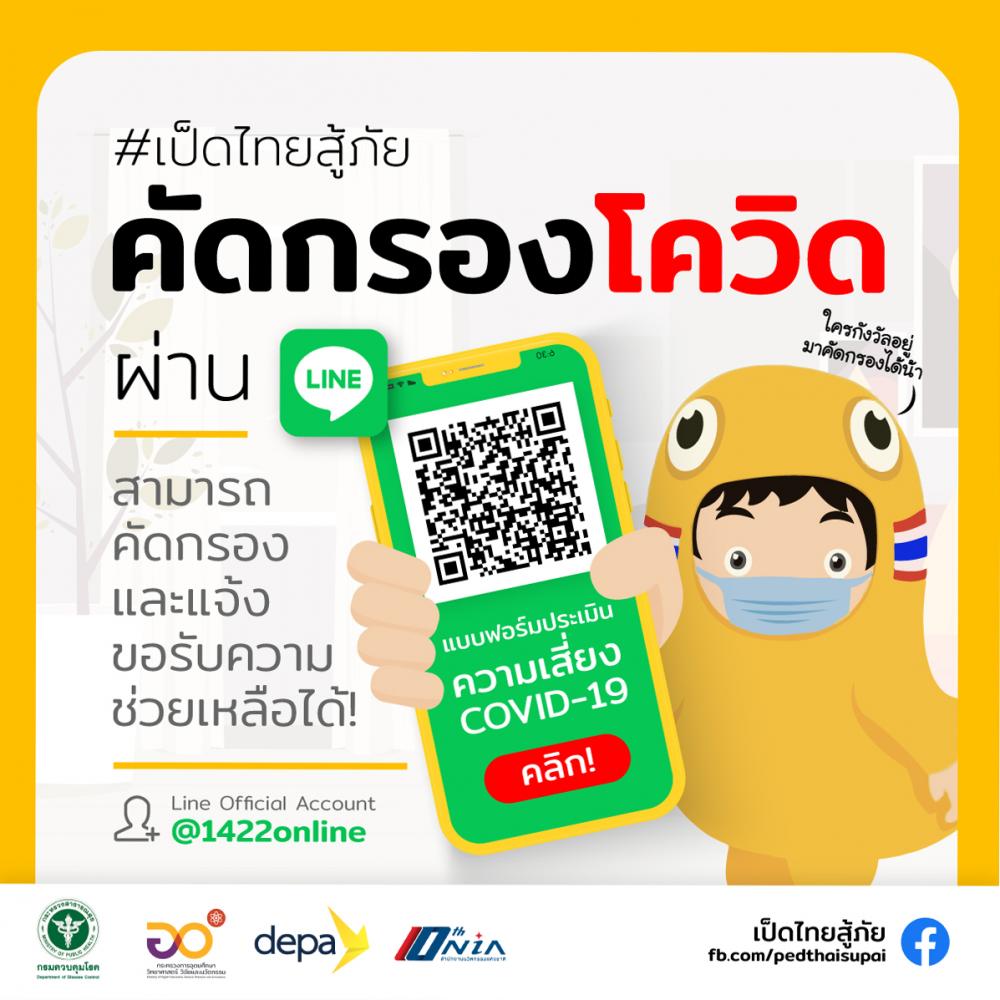 battle joined: Online Covid-19 screening is one of many services that 'Ped Thai Su Pai' (Thai Ducks Fighting the Crisis) has supported since the begining of the pandemic.

Panachit Kittipanya-ngam, 43, CEO and founder of Ztrus, a start-up that provides automated data entry services, said start-ups, a creative agency, three hospitals, a lab and six government organisations are also taking part, his firm among them.

"The word Ped (duck) here has no political meaning. It refers to the group's potential," he said.

Protesters used yellow ducks as a symbol in their recent gatherings, but Mr Panachit said there was no connection.

"We gather those who have different expertise, especially in term of digitalisation, to help the government," he said.

The group deploys its expertise, tools and technologies to support the government's efforts.

While the group is doing what it can, he said more trust between the government and private sector would help.

"I think we should give more trust to each other," he said. "It is not time to prise apart who the government is or who the private sector is. We are all in this together."

He raised the embattled Mor Prom jab booking application as an example, saying it was beset with bugs.

"It would be better to let the private sector participate in helping solve the crisis. The government should trust us as we have capability to ease the situation," he said.

It is unclear in what ways the government has failed to seek outside help.

Saroj Ativitavas, 43, CEO of Wisible, which provides customer relationship management software, said his role was to help take pressure off the hotline 1422 under the Disease Control Department.

"Most callers were concerned about Covid-19 such as its symptoms. Some called seeking beds as they were seriously ill.

From the enormous number of calls, it was hard to categorise the level of severity.

He came up with an automated system that could evaluate callers for high, medium and low risk by inviting them to perform self-evaluation.

"Under this system, our aim is to get those categorised as PUI (Patient Under Investigation) out from the crowd as soon as possible and send them to a doctor in time," he said.

As a result of this screening process, the government found around 1,500 cases a week, of whom 250 were PUI.

"We sent these PUI to do further swabs and 160 of them were reported positive and in one week we have discovered a new cluster," said Mr Saroj.

Tanawit Tonekunya, 28, CEO of Horganice which develops solfware for apartment management, said he was helping in the running of field hospitals.

He used his company's software to manage data and reduce manpower in field hospitals.

The system assigns a bed to patients and their health data is collected throughout their 14 days of quarantine.

This helps the doctor evaluate patients as to whether they should transfer to a proper hospital, especially on day seven when symptoms tend to get more severe.

"At a field hospital there are hundreds of patients and it would be hard for a doctor alone to check everything manually and specify which case need special care," he said.

The system helps ease pressure on medical teams who can leave the manual tasks to computer software and get on with helping patients.

"We did this at Chulalongkorn Memorial Hospital, by helping free up medical staff from gathering patient data.

"Staff at the field hospital were able to vaccinate more people as a result."

Rungsun Kittipanya-ngam, 44, CEO of QueQ, who has designed an application providing a booking system, helps the government in vaccine management.

"Our goal is to help distribute the vaccine as widely as possible. We are in the third wave; if we do not solve the problem now, there could be fourth, fifth wave and so on."

His team used its experience to help distribute vaccines to the masses.

"We have been dealing with booking problems in Thailand for almost seven years. In this time of crisis, it is really We use our software to manage vaccine appointments," he said.

The government hopes to vaccinate 50 million people, which means up to 100 million bookings if everyone gets a second dose.

Thais, he said, are not good at making appointments for services.

"As we can see, if we are punctual, we arrive on time. However, in Thailand, people do not believe in making an appointment such as when we go to see a doctor."