A tourist takes a photo of the Haeo Narok waterfall in Khao Yai National Park. The park is part of Dong Phayayen-Khao Yai Forest Complex, which together with Kaeng Krachan Forest Complex is at risk of having its World Heritage status downgraded. (Photos:  Varuth Hirunyatheb and Watcharawit Phudork)

Two of Thailand's World Heritage sites are at risk of getting downgraded as they face threats from development projects being pursued by the government, environmentalists warn.

The sites are Dong Phayayen-Khao Yao Forest Complex and Kaeng Krachan Forest Complex, which are threatened by the construction of large-scale irrigation projects in their respective areas.

Despite repeated protests by environmental groups over the potential adverse impact on the forest ecosystem and local communities, the government is pursuing at least 78 irrigation projects which intersect or lie within forest conservation zones, according to the National Water Resources Committee last year.

The head of the Seub Nakhasathien Foundation's academic department, Ornyupa Sangkamarn, said the construction of irrigations dams near the forest complexes will harm the areas' fragile and unique ecosystems, which could land the sites on the World Heritage in Danger list.

"We are very worried about the ongoing development of large-scale irrigation projects on conservation areas by the RID [Royal Irrigation Department], especially those dam projects inside our World Heritage sites," Ms Ornyupa said.

Mr Ornyupa said not only do the RID projects contradict the national push to increase the nation's forest cover to at least 40%, but some of these projects will actually submerge large patches of pristine forests.

Other impacts of the projects, which include forest fragmentation and habitat loss, will also lead to significant degradation of forest ecosystems and the extinction of many species.

"These will be especially prominent in World Heritage sites which have very fragile ecosystems, areas which are crucial to international efforts to conserve endangered flora and fauna," she said.

"Therefore, the RID should reconsider large-scale projects in forest reserves and find alternative water management models which are more suited to the needs of each locality instead." 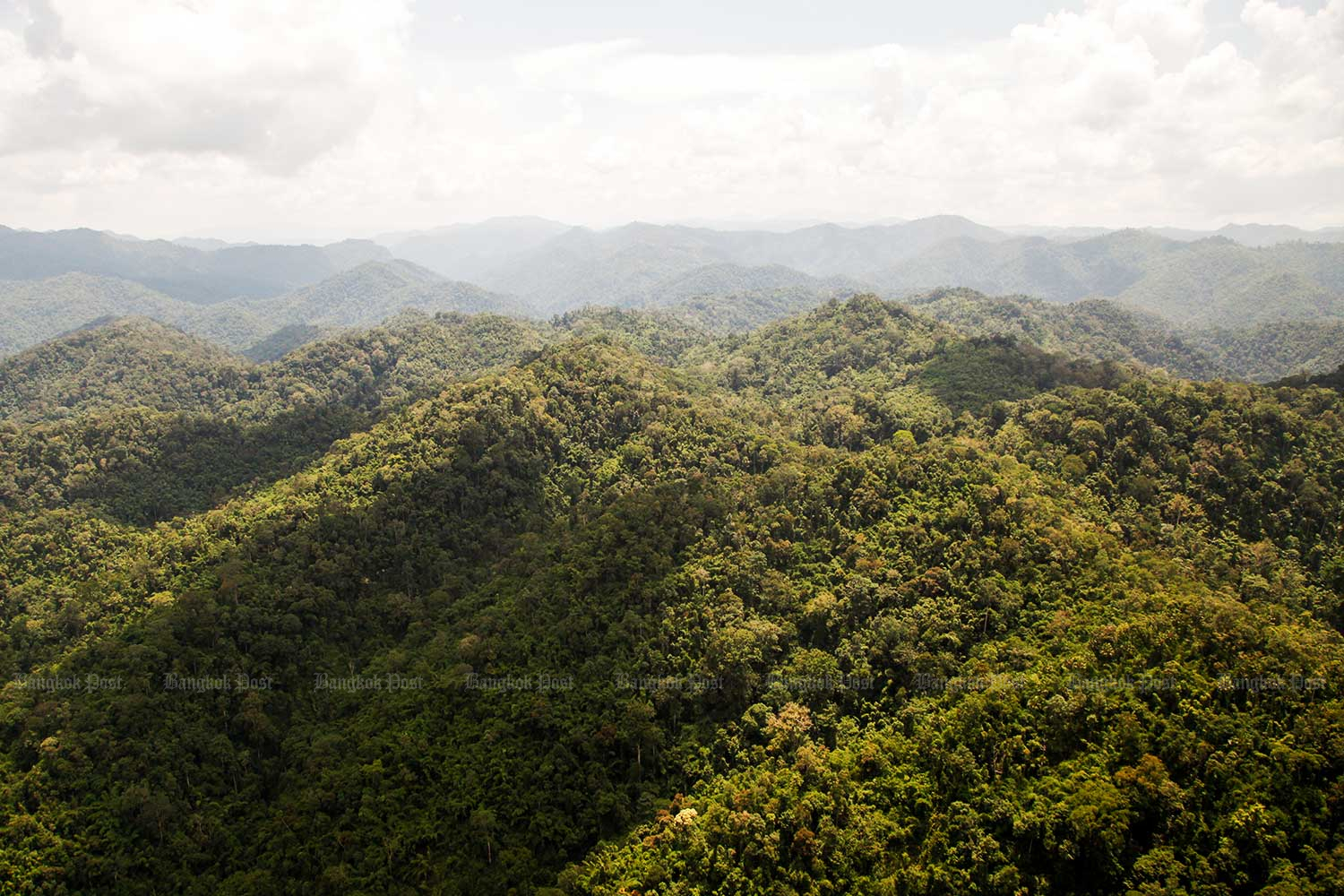 A tourist takes a photo of the Haeo Narok waterfall in Khao Yai National Park, left. The park is part of Dong Phayayen-Khao Yai Forest Complex, which together with Kaeng Krachan Forest Complex, below, is at risk of having its World Heritage status downgraded.  Varuth Hirunyatheb and Watcharawit Phudork

According to the Seub Nakhasathien Foundation, the proposed dam projects in Dong Phayayen-Khao Yai Forest Complex will cause the deforestation of more than 20,000 rai of forests, which is home to over 220 wildlife species, including elephants, gaurs, and Asian black bears.

Chumpon Kaewkate, chief of Maenam Pachee Wildlife Sanctuary in Kaeng Krachan Forest Complex, near the proposed location for the Nong Ta Dang reservoir, also said he was worried about the project's impact on the forest reserve.

Mr Chumpon said the new reservoir, which will be built in tambon Thanao Si in Ratchaburi's Suan Phueng district, will submerge 2,000 rai of forest within Maenam Pachee Wildlife Sanctuary -- 610 rai of which is occupied by Phu Rakam village, whose residents have always helped park rangers watch out for wildfires and illegal poaching.

Moreover, the area is also home to Malayan tapir and serows, while rare fishes and amphibians which cannot be found anywhere else are also found in the river, he said.

"While the project has yet to begin, I'm concerned the project will have a negative impact on the entire forest complex, which would, in turn, stir up conflicts between park rangers and local villagers," he said.

Pele Kaupu, a resident of Phu Rakam village, concurred with Mr Chumpon, saying the reservoir will have an adverse impact on indigenous Karen communities living in the forest.

"While all 87 households in the village will be relocated to make way for the reservoir, we didn't have a say in the matter at all," he said.

"We have a good life here. The soil is fertile and there is plenty of water from the river for farming. We don't want to leave. This is our home."

Meanwhile, Chuchat Rakjit, deputy director-general of the RID, rejected claims that the department is rushing these projects without properly assessing their impact on local communities, saying that any project in forest complexes must pass a number of hurdles before they can proceed.

These projects must pass an environmental impact assessment (EIA), acquire the permission of the Department of National Parks, Wildlife and Plant Conservation and be approved by the cabinet before any work can begin, he said.

"There are strict regulations for projects in conservation areas," he said.

"These rules are even stricter for projects near a World Heritage site, as in addition to these rigorous steps, they have to be cleared by the National Committee on the Convention for the Protection of the World Cultural and Natural Heritage," Mr Chuchat said.

"Therefore, I can assure that the RID's new irrigation projects were carefully considered."

When asked to respond to concerns about the projects' impact on the forest ecosystem, he said each project's EIA will come with a recommended plan of action to mitigate the projects' effects on the environment.

For example, he said, the RID will reforest an area at least twice the size of the forest lost to the reservoirs.

He also defended the RID's decision to build large-scale irrigation projects rather than smaller projects that would have less impact on the environment and local communities.

"Our projects were carefully designed, based on our hydrological, meteorological, and water usage statistic data, so they can be used effectively to mitigate flood and drought," he said.