Packing them in: Tourists flock to the Old Town area of Phuket, where, especially along Thalang Road and Soi Rommanee, they can find old Sino-Portuguese style shophouses. (Photo: Achadtaya Chuenniran)

The arrival of the Spectrum of the Seas cruise ship off Phuket's Patong beach late last month was a welcome sight for the resort province that is still reeling from the Covid-19 pandemic.

Carrying almost 4,600 passengers, it was the first cruise ship to make a port call since the early days of the Covid-19 outbreak.

Local authorities and the business community see the cruise ship's arrival as a clear sign of a growing appetite for maritime travel and they are more than ready to capitalise on the financial opportunity. 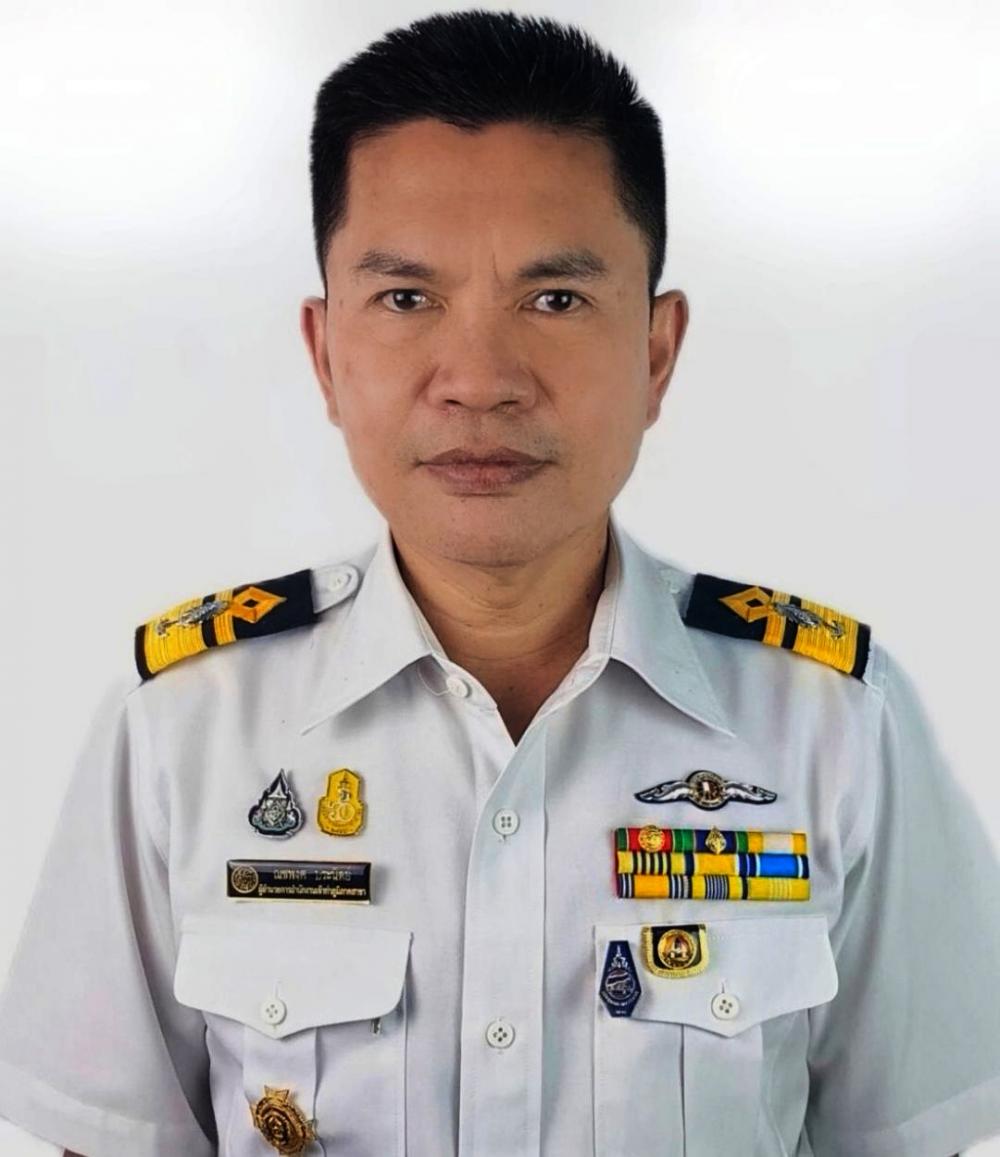 Heavily dependent on conventional tourism, Phuket suffered one of the worst slumps during the pandemic, prompting various parties to look for new sources of income.

The marinas sector has been identified as a potential opportunity to drive economic growth, among others, including health and wellness, sports and events.

Nachapong Pranit, director of the Phuket regional marine office, said developing marinas is not just one the province's "economic pillars" but also a key strategy supported by the Marine Department.

Currently, the province has five marinas, which welcomed 1,500–2,000 recreational boats a year on average before the pandemic.

More marinas on the island could mean more tourists visiting its many natural attractions. Phuket also sits in a strategic geographic location, making it an ideal stop for cruise ships and yachts.

According to Mr Nachapong, three more marina projects are already in the pipeline, some pending environmental impact assessment (EIA). 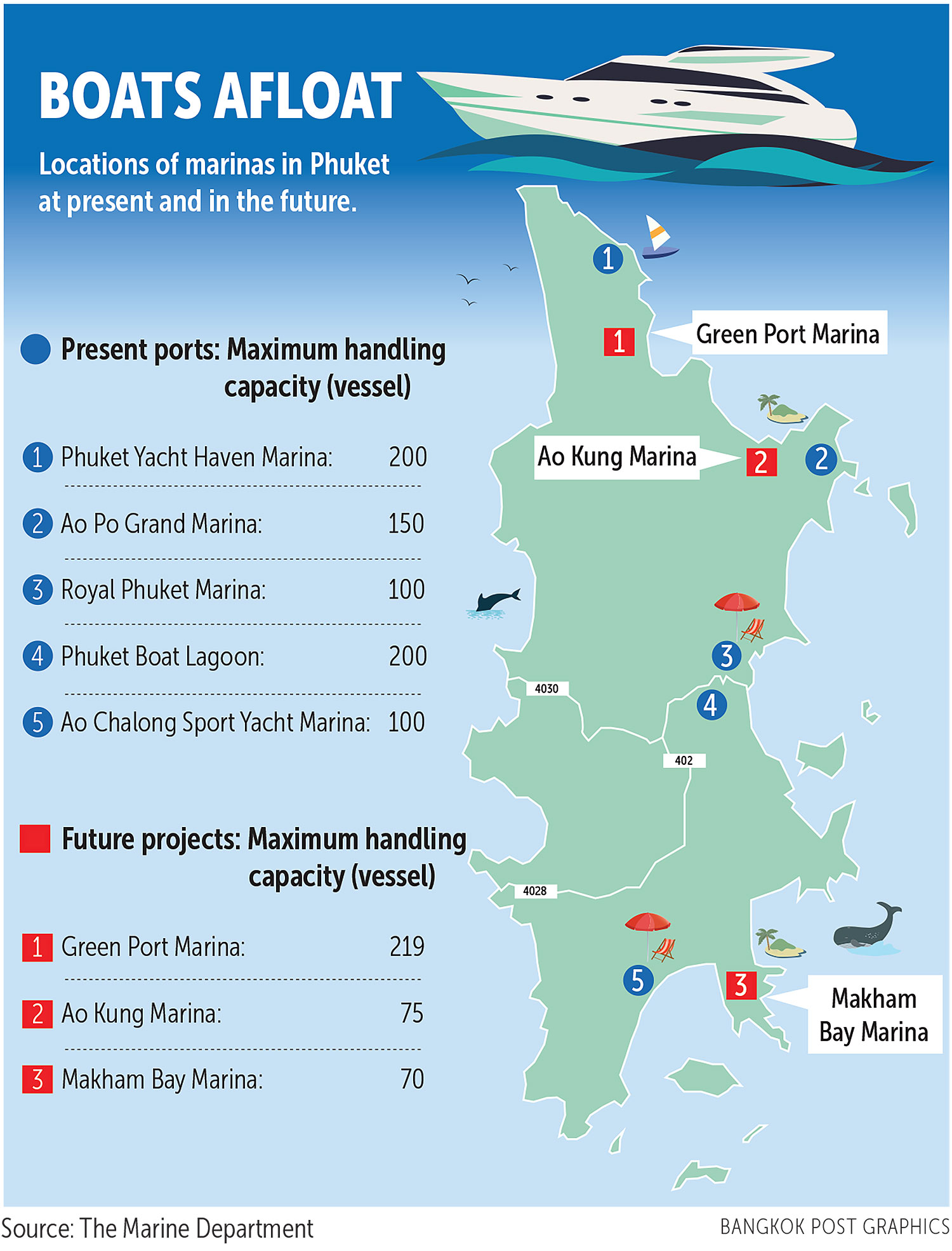 The first is the Green Port Marina project, in Thalang district, aiming to serve up to 219 recreational boats at the same time. Its EIA report has been approved and the developer has applied for a permit.

The second is the Ao Kung Marina project, in tambon Pa Khlok, with plans to accommodate up to 75 boats. The project is undergoing its public hearing process, while the EIA report is expected to be submitted later this month.

The third is the Makham Bay Marina project in tambon Wichit, which recently wrapped up its public hearing process. The facility aims to serve about 70 vessels.

Mr Nachapong said several investors have expressed interest in developing three to four more marinas in Phuket, including one on Ko Taphao Yai and one near Visit Panwa pier.

"Their interest in investing in marinas here makes good sense as they see Phuket's potential of becoming a major [regional] hub," he said. "There is also room for the marina industry to grow from the boom in yacht tourism."

He said full-service marinas will play an important role in driving the economy as they provide financial benefits to communities. 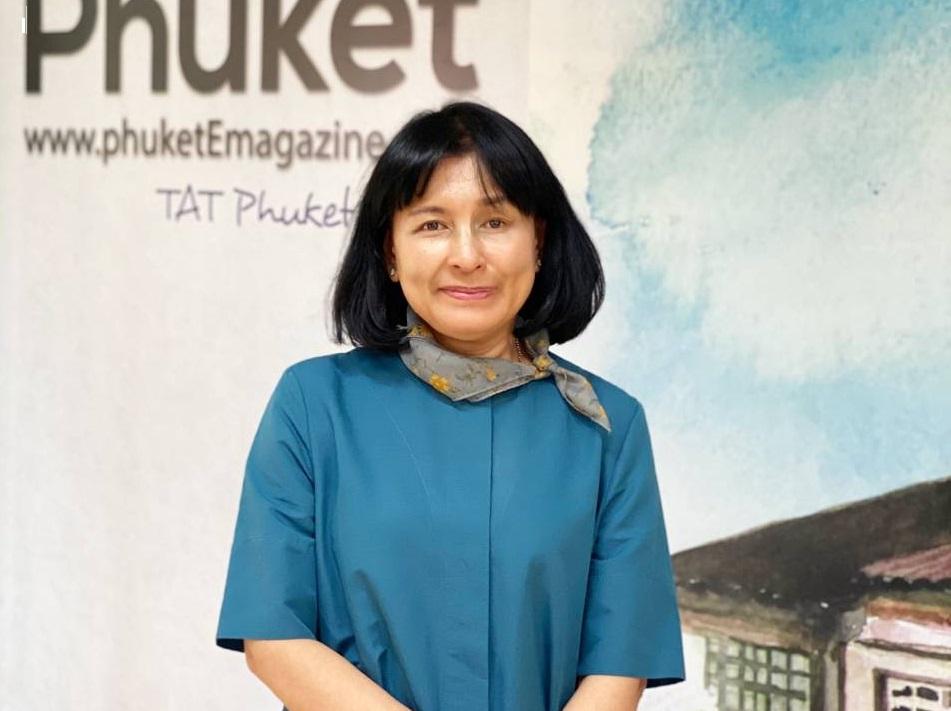 The return of Royal Caribbean International's Spectrum of the Seas to Phuket on Oct 24 was a boost to the economy, and Phuket expected at least 20 million baht was circulated during its visit, Ms Nanthasiri said.

She said tourism authorities are keen on attracting people with high purchasing power arriving on cruise ships and yachts.

Ms Nanthasiri said the province is well-equipped to provide high-end holidaymakers with serene natural attractions and premium relaxation services at places like spas.

According to Mr Nachapong, more cruise ships are expected to visit Phuket, starting this month.

In addition to Spectrum of the Seas, Resort World Cruises' Genting Dream has introduced Phuket as a destination, and a plan is underway to make Phuket a key cruise ship destination, he said.

Thanet Tantipiriyakit, president of the Phuket Tourist Association, said Phuket can offer more than one-day excursions for vacationers on cruise ships, encouraging ships and their passengers to stay longer.

He said Phuket would receive a big boost if cruise ships can stay overnight as opposed to hours.

Spectrum of the Seas anchored off Patong beach about 7am and headed back to Singapore at 8pm the same day. About 800 passengers had booked day trips on the island, while others were seen disembarking to explore the province.

"We're looking for a long stay, not just a stop for eight or 10 hours," Mr Thanet said. "If the cruise ship stops in Phuket for two or three nights, all guests will come ashore and visit attractions. 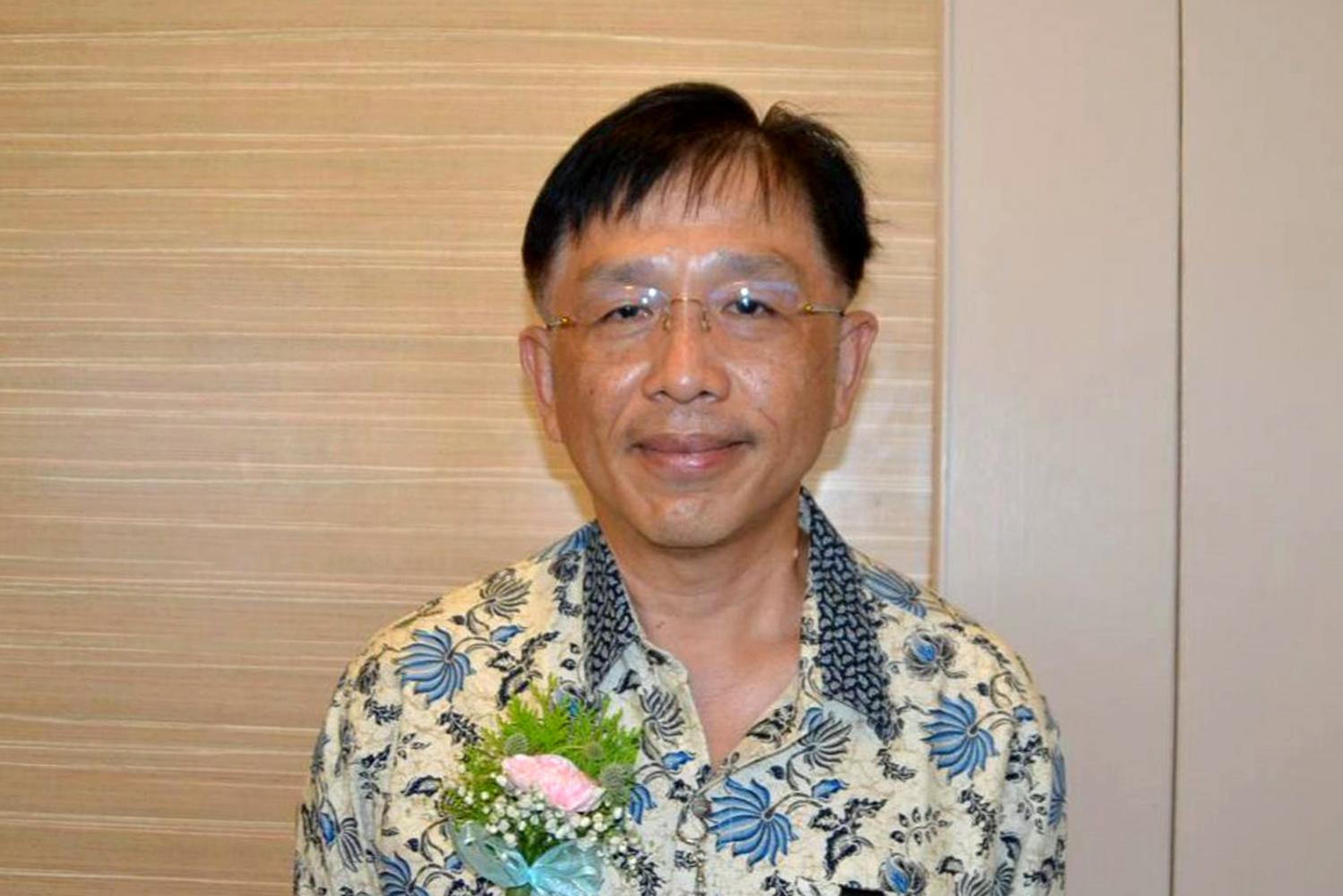 According to Mr Thanet, the tourist association is hoping for a 30% increase in tourist arrivals in Phuket this year over what it saw in 2019.

While the increase remains to be seen, the last two months should see a big jump in tourism income. Currently, daily arrivals via air travel are estimated at 7,000, a sharp rise from 2,000–4,000 recorded earlier. However, the number of foreign visitors arriving by land and sea is not available.

The growth of the Russian market is due to the addition of more flights to the resort island. By the end of this year, 10 more flights from Russia and Europe are expected.

Haze pollution forced schools in Bangkok to close as the Public Health Ministry reported more than 370,000 patients had suffered from illnesses caused by inhaling PM2.5.