Not much dealing in a one-stock town
Thailand
Special Report

Not much dealing in a one-stock town

Money never sleeps on Wall Street, but half a world away it barely wakes up

At 11.30am, Cambodia's securities exchange goes to sleep. The trading floor of the CSX empties _ but then it's only about the size of a living room. The lights are turned off and most employees are off for the day. And nearly three years on from its establishment, the exchange lists a grand total of one stock. 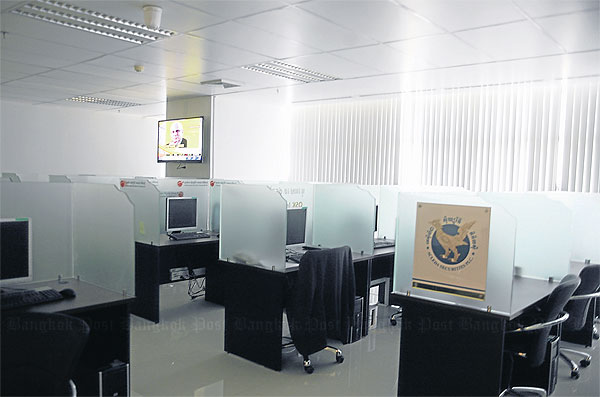 BARREN BULLPEN: The deserted trading floor of the Cambodian Securities Exchange. The exchange has 35 staff members but only one stock listed, the PhnomPenh Water Supply Authority. PHOTOS: JUSTIN HEIFETZ

The offices of the CSX are located on the 25th and the 26th floors of Canadia Tower, which used to be Cambodia's tallest building in the heart of Phnom Penh until it was recently eclipsed by Vattanac Tower.

Monitors on the trading floor are basic personal computers. Each is contained within a modest glass cubicle. But even during peak trading hours, most traders don't work from the floor. They work remotely, either from their own offices or from home.

The exchange was established as a joint venture between the Cambodian government and the Korean Exchange (KRX), with the KRX owning 45% and the government owning 55%.

But with the CSX's daily trading value last week hovering around US$5 (158 baht), neither side is profiting and investors are becoming even more wary of the exchange. Underwriters and analysts say the CSX can expect more initial public offerings (IPOs) of shares, but not until at least the end of next year.

The 26th floor is empty and not being utilised and there are no plans to expand the small 25th floor, which apart from the trading room comprises four small administrative offices and a kitchen.

"In two years, we'll move," says Soleil Lamun, explaining that the CSX will relocate to a site being built near Phnom Penh's up-market Raffles Hotel Le Royal. "So as you can see we haven't bothered with decorations or anything like that."

He says that the system is at the same stage of technical development of the Lao Securities Exchange _ the LSX, 49% owned by the KRX _ which today has two listings.

According to PPWSA's South Korean underwriters Tong Yang Securities, 30 million shares were offered at the IPO, of which only around 10 million were subscribed, indicating the initial price was set too high.

Ros Kimreant, PPWSA's deputy head of finance, blames political factors for the drop in the share price. He says the backlash from the opposition against the re-election of Cambodian prime minister Hun Sen devastated the share price in a market that's already too small.

"But if we compare the trading volume between October and last May, there's no significant difference," says Sisavuthara Sim, a senior analyst at Tong Yang Securities.

"Even though the share price declined, there was no significant impact on the market. Not many people wanted to sell even while the stock declined," he explains, pointing out that "political tensions do not actually reflect the reason for decline in the share price".

Instead, Sisavuthara Sim says, investors are deterred from buying PPWSA shares because of a lack of communication and transparency.

"Nobody knows about PPWSA's second quarter financial results," he says. "PPWSA doesn't have any press conferences to let investors know about their performance.

"Investors don't have basic information for their investment.

"This affects the share price because they're too afraid to invest without fundamental information."

Ros Kimreant tells Spectrum that "I think we've already released them, but I don't know when."

IT'S NOT REALLY WORKING

"Listing has taken a lot longer than we expected. We didn't foresee some obstacles like conflicting regulations and conflicting interests with other institutions such as the Ministry of Commerce or Department of Taxation. So it takes time to smooth all these operations," says Soleil Lamun.

He adds that there are also fundamental communication problems between the CSX and the SECC.

"We just report to the SECC. It's not really working with them. And we don't really know what they're doing."

Sok Vanny, the director of listings at the CSX, echoes the same concerns over cooperation with the SECC.

"The SECC is not yet clear about the timeline [with Grand Twins International]," she says. "Everything depends on the SECC side. We really don't have information from the SECC yet and we don't know what to expect."

Soleil Lamun says that both Taiwanese companies can be expected to list their IPOs sometime next year but that "there could be an unpredictable obstacle".

Sok Chamroeun, Phnom Penh Securities' advisory department manager, says that the application process for Grand Twins International is "technically done". He adds that the company is now waiting for an SECC board meeting to grant it principal approval.

The SECC declined to make any comment to Spectrum.

He adds that some banks and property companies are expressing interest in listing on the exchange but it will take them about two years before they're ready to go public.

Japan's SBI Royal Securities plans to underwrite the Sihanoukville Autonomous Port, which was backed by the Japan International Cooperation Agency to upgrade its shipping facilities and aims to list by late next year. It first expressed interest in an IPO in May last year, at the same time as state-owned Telecom Cambodia.

Telecom Cambodia faced a $2 million embezzlement scandal in February this year and it emerged that revenues had dropped by more than $57 million in the previous five years, scuttling the organisation's plans for an IPO.

In Cambodia, the concept of a stock exchange is yet to be widely understood. "There is a lot of foreign participation, especially Chinese and Japanese. More than half of the total trade in PPWSA is from foreign owners," says Soleil Lamun.

Of Cambodian investors, he adds, "Most are from the middle class and have some level of education. They're able to understand at least something about the stock market."

Trading occurs from Monday to Friday, every half hour from 8.30am to 11.30am _ allowing for six trading periods. After 11.30am, the trading floor is shut down. The CSX employs a total of 35 staff, and five Korean "experts" from the KRX work in each office to assist with daily duties.

Sok Vanny says the exchange is held back by the fact that PPWSA wants long-term investment while the Cambodian investor, new to the market, is looking for short-term benefits.

"Many things need to improve. People really wanted to invest in PPWSA but after the IPO there was a slowdown. People stopped talking about it. The company lacks public relations. The company doesn't know what shareholders want," she says.

And, for foreign investors, Sok Vanny explains that PPWSA is still unappealing.

"Foreigners are afraid to invest because of all the strikes in Cambodia. On top of that, there's only one listed company and it's state-owned. That doesn't look good."

Sok Vanny says that the only hope for PPWSA's share price to rebound _ and instil investor confidence in the CSX _ is through promotion. She says the monopoly claims it doesn't have the resources for public relations.

"PPWSA doesn't say what their activities are now or what their plans are for the future," she says. "I think that's because this is a new market and they don't know how to do it." 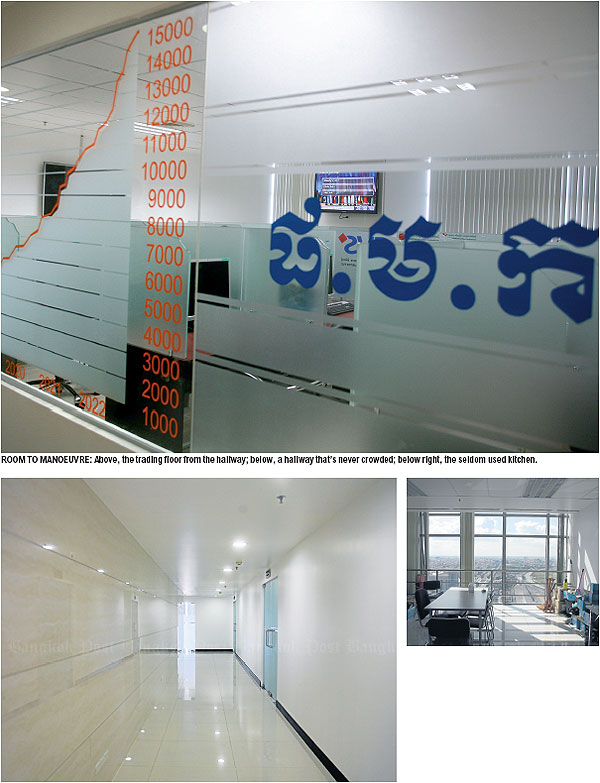