To protect and self-serve

The handling of the Koh Tao murders raises fresh questions of police incompetence, since history is littered with botched investigations

With police long facing accusations of corruption, victim blaming and scapegoating, the bungling of the investigation into the recent murders on Koh Tao has come as little surprise to many. 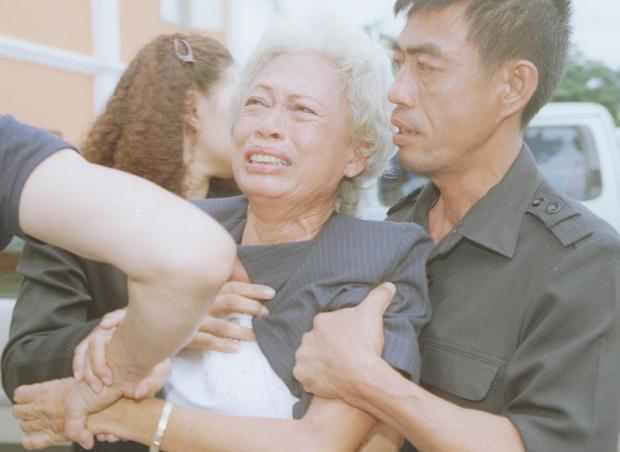 It's not the first murder on the tiny resort island that has left police baffled. In 2002, Tambon Koh Tao Administrative Association chairman Virat Asavachin was shot dead in broad daylight while talking with three friends near Ree beach. A lone gunman, his face covered with a balaclava, walked up to the group and fired six shots at Virat before calmly walking away. No arrests were ever made, despite rumours the killing may have stemmed from a dispute between warring mafia families.

In a country largely dependent on tourism revenue, recent history also shows that crimes against foreigners are far from immune to police incompetence. 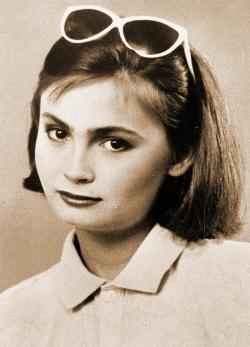 When 16-year-old schoolgirl Sherry Ann Duncan was found murdered in 1986, it marked the beginning of a sordid tale of sex, jealousy and police malpractice that was to span the next decade and spur a major review of the country's criminal justice system.

After initial leads in the case led police nowhere, tuk-tuk driver Pramern Photphalat emerged to report that he had seen four men carrying a girl fitting the description of Duncan out the back of an office building on the night of her disappearance.

The building in question, it was soon discovered, was the location of offices owned by Duncan's 41-year-old boyfriend, Winai Chaiphanit.

Mr Winai had reportedly fought with Duncan a month before her murder after discovering she was seeing another man, fuelling intense media and public interest into the young half-American girl's sex life and the motives for her killing.

Mr Winai and four of his associates were arrested and charged with murder. While Mr Winai was eventually let off due to lack of evidence, the four associates were found guilty and sentenced to death.

But the case fell apart in 1996, when it was revealed that Mr Pramern had been pressured by Samut Prakan police into fabricating his entire testimony. He had, in fact, been nowhere near the building in question on the night of Duncan's disappearance. The four men were set up as scapegoats by police.

The men were eventually declared innocent by the Supreme Court, but it came as little consolation after seven years in prison. One had already died behind bars, while two others would die shortly after their release. The final scapegoat was left disabled due to spinal injuries sustained in prison. All four were subject to brutal police torture.

The alleged mastermind of Duncan's murder, a businesswoman from a well-known family with ties to the Patpong red-light district, was believed to have ordered the killing because the schoolgirl was having an affair with her husband. She was let off on appeal due to "insufficient evidence", despite having been sentenced to death by the Criminal Court.

The police officer in charge of the initial case, Pol Col Mongkol Sripho, was also accused of having an affair with the alleged mastermind while the investigation was under way. He retired before he was found to have fabricated evidence in the case, but was retroactively dismissed and had his pension frozen. The two confessed murderers were given life imprisonment in a retrial of the case. 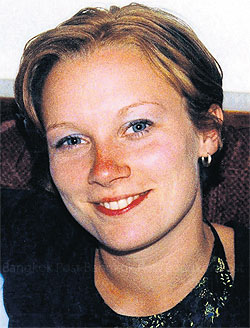 The murder and rape of Welsh backpacker Kirsty Jones in 2000 stands out as one of the most blatant cases of police incompetence on record. The 23-year-old was strangled with a T-shirt in her Chiang Mai guesthouse while travelling through Asia on a gap year. A spokesman from the British embassy was quoted as describing the subsequent police probe as "shambolic", although the embassy later denied that statement was made.

Investigators first arrested a number of foreign backpackers at the Aree Guest House, where the murder took place. But when DNA tests revealed the rapist was Asian, police were forced to shift their target of blame.

They selected a Karen guide named Narong, who had taken Jones trekking two days before her murder. Narong was kidnapped while walking down a road in Chiang Mai, drugged and taken to a remote safe house. There, he was beaten, given electric shocks to his testicles and threatened with summary execution if he failed to confess.

The kidnappers also attempted to forcibly obtain a semen sample from Narong, presumably to introduce to the crime scene in a bid to frame him, though they encountered an obvious obstacle from the unwilling and injured participant, and they were forced to abandon their efforts.

Narong eventually woke up on the side of the road in Chiang Mai's outskirts, having been dumped there by his captors.

The Chiang Mai chief detective then persisted with a theory that the murderer was a foreigner who had paid a male prostitute or a ladyboy in Chiang Mai to provide a semen sample, which was then injected into the victim's body in a bizarre attempt to thwart police efforts. This was dismissed as ludicrous by forensics experts, who also reported being pressured by police to conform to the unusual theory.

The case eventually had to be handed over to the DSI after Narong's torture story was made public. The murder, however, remains unsolved. 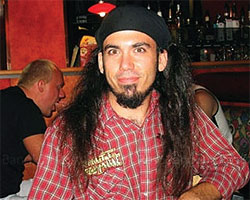 The slaying of Canadian Leo Del Pinto sent shockwaves through the sleepy northern town of Pai in late 2008. Pinto was shot in the face and torso by an off-duty police officer. His girlfriend, Carly Reisig, was shot in the stomach but survived.

Pol Sgt Maj Uthai Dechawiwat claimed shots were fired accidentally after the foreign couple tried to snatch away his gun. He said he had come across the couple arguing and had used his pistol to threaten them, but they then attacked him and knocked him to the ground.

But forensic evidence and witness accounts suggested a radically different story. Experts said the shots had been fired from above and at close range, suggesting Pinto was on his knees when the fatal shot was fired. Witnesses also said the victim had his hands in the air and was begging Pol Sgt Maj Uthai to stop before he pulled the trigger.

As international pressure mounted, the DSI eventually took over the case, and the head of Pai police was accused of persuading local bar owners to alter their testimony in favour of Pol Sgt Maj Uthai.

Pol Sgt Maj Uthai was eventually arrested and charged with murder, but was then released on bail. He took that opportunity to club to death his 18-year-old wife with a wooden plank. The pair had been married only two weeks and it was later revealed the woman was four months' pregnant.

After murdering his young bride, Pol Sgt Maj Uthai fled the scene, but ended up in hospital after crashing his car and was subsequently arrested.

With international focus on the case, he was sentenced to 25 years in prison for his wife's murder, and earned an extra 37 years behind bars for killing Pinto. 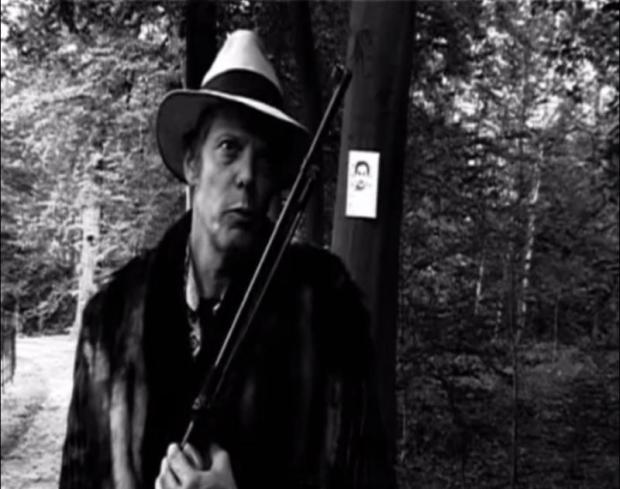 If the initial police handling of a rape case in the resort town of Ao Nang left a lot to be desired, their attempt to defend the investigation quickly descended into farce.

In late 2012, a video was posted on YouTube by a Dutch man detailing the rape of his daughter by a tour guide in Krabi province. He revealed it had taken police more than a month to arrest the suspect, despite his daughter identifying the rapist immediately after the crime, and that after his arrest the rapist was promptly released on bail.

The YouTube clip, titled Evil Man from Krabi, notched up nearly half a million views in a matter of days, earning Krabi police unwelcome global media attention. The reaction by police was hardly supportive of the father's plea for justice.

First, then tourism and sports permanent secretary Suwat Sitthilor revealed the government was considering blocking the YouTube clip to "protect" the country's tourism reputation. They would replace it with a propaganda video extolling the virtues of Thailand's beach resorts, which would presumably not feature any mention of rape or police incompetence.

Mr Suwat also pinned the father's rage down to a simple "misunderstanding", and offered to help him "understand the situation" which had led to his daughter's rapist walking free. 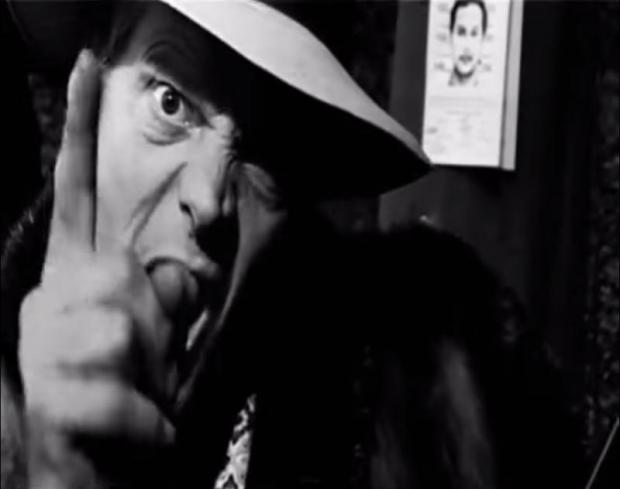 But if Mr Suwat's comments were a misguided attempt to save face, there could be little to excuse the attitude of his boss, Chumphol Silapa-archa. The then tourism minister followed the well-trodden path of victim blaming, suggesting the case could not be considered rape because the victim "had eaten dinner with" her rapist.

Critics argued this had implied savagely beating a woman before sexually assaulting her and dumping her on the side of the road in the middle of the night was perfectly acceptable, as long as you buy her dinner first.

As outrage mounted both in Thailand and abroad, police went into damage control, with predictably comical results.

They posted a response to the YouTube clip, titled Krabi Police Comment. It featured nearly 10 minutes of rambling by a seemingly distracted Krabi police officer, which was in Thai with no English or Dutch subtitles.

Again, the officer delivered a healthy dose of victim blaming, saying: "Someone doesn't just rape out of the blue … the man and woman go together to have drinks at a bar until closing time, then they go off to do the thing that they do and in the morning a rape is reported."

Unsurprisingly, the clip proved less popular than the original. Another four-and-a-half-minute police video, The Truth from Krabi, was posted, but again it offered no subtitles and cited only a "misunderstanding of the Thai legal process" by the father. It was quickly removed after a public backlash.

The rapist was eventually sentenced to 20 years in jail, but not before several Krabi hotels reported a spike in the number of cancelled bookings. n

Covid-19 to be declared endemic in October

The government will declare Covid-19 an endemic disease in October, and the Centre for Covid-19 Situation Administration (CCSA) will then no longer be the main agency dealing with it.

BUCHAREST: It didn’t take long after Russia attacked Ukraine for French Colonel Clement Torrent to get his orders: He had six months to build a base for 1,000 soldiers on NATO’s eastern frontier.