Huge task ahead for Asean Community

The Association of Southeast Asian Nations (Asean) has a huge task ahead as it pulls its member nations together to form the Asean Community by this time next year, says Foreign Ministry permanent secretary Sihasak Phuangketkeow. 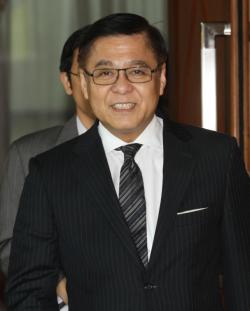 Asean has been working towards the three-pronged goal since the Cebu declaration issued in 2007, he said.

They should support each other to turn Asean into the people-oriented community envisaged in the grouping, he said.

"People often talk about the AEC in particular but all three pillars are equally important. If we don't have a peaceful environment, it will be difficult to make economic progress or improve people's livelihoods," he said.

In a special interview with the Bangkok Post, Mr Sihasak said no country will be isolated under the Asean Community. The grouping will share the same fate, interests and destiny.

He said Asean is heterogeneous, with people drawn together from diverse racial and cultural backgrounds.

That sets it apart from the European Union, which is more homogeneous by nature.

Asean must build harmony through diversity, he said.

"Asean citizens need to know the essence of togetherness to establish a long-lasting unity and sense of cohesiveness,'' he said.

"The mutual benefits must belong to the Asean people. This is a key policy we must follow if we are to improve people's well-being.

"People should not only think about their own nation's benefits, but those of the grouping as a whole,'' he said.

Regarding work on the economic pillar, which has made the most progress among the three pillars, Mr Sihasak said Asean countries should try to harmonise their domestic rules and regulations to achieve economic integration covering borderless trade and investment.

He said Thailand should also amend its laws regarding visa permits, to foster an environment more conducive to investment. A non-tariff policy and one-stop visa inspection stops also should help bring about a single bloc.

"Economic integration is a good aim though it is likely to increase competitive pressures on us as a nation. We can manage by revising the regulations," Mr Sihasak said.

On the political-security front, Mr Sihasak said the objective is to maintain regional peace and stability under a rule-based framework.

Some critics say the Asean charter, introduced to deal with conflicts in the region, is too weak a mechanism for fixing disputes. Some refer to it as a "toothless tiger''.

Mr Sihasak did not respond to the criticism but said Asean governments are concentrating on regional connectivity.

He admitted that a borderless community could lead to new challenges, including an increase in human trafficking, illegal migration, drugs and transnational crimes. Member states must put in place measures to cope.

Asked whether Thailand still plays a leading role in the region after the political turbulence caused by the coup, Mr Sihasak said the country's standpoint is unchanged, and is even widely well-recognised in the world community.

"Our role as the country coordinator on Asean-China affairs is an example. That has not changed, despite the coup.''

Despite conflicts between China and some Asean countries, China recently decided to move to an early conclusion on its Code of Conduct concerning the South China Sea, he said.

Mr Sihasak said matters related to the Asean Community's post-2015 vision are overseen by a so-called High-Level Task Force under Malaysian chairmanship to maintain "Asean Centrality'' as a key part of the regional security architecture.

The community must also handle more tension due to increasing global competition.

"Our community will have to react more quickly to unfolding events around the world. The secretary-general of our community could act as spokesman for our group's interests in various talks, which would help move things along,'' he said.

The UN's new special envoy for Myanmar set out for meetings with junta officials on Wednesday but did not respond to questions about whether she would seek to meet ousted leader Aung San Suu Kyi.