For as long as she can remember, Sunisa Noonpakdee has been attracted to foreign men. 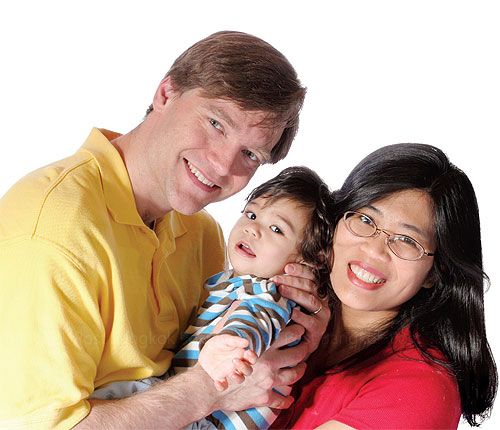 “I dated a few Thai guys before, and one thing I found quite annoying is that they are not as mature as Westerners of the same age,” she said.

“Many Thai men are childish, irresponsible and jealous for no reason. Meanwhile, many Westerners are completely the opposite.”

Ms Sunisa began dating her first foreign boyfriend when she was in college, at the age of 19. While that relationship eventually fell apart, she has continued to date Western men since.

Intelligent, talented and ambitious, Ms Sunisa has had no shortage of opportunities — even receiving a scholarship to study for a year in Belgium — and said her preference for foreign partners has nothing to do with economic convenience.

Instead, the 32-year-old is one of a new breed of successful, independent women challenging the negative stereotypes of cross-cultural relationships in Thailand.

When Supichaya Promboon began examining relationships between Thai women and foreign men, she thought economic reasons were the driving factor — that young women saw it as a ticket to escape poverty. But as she began digging deeper, she soon changed her mind.

Early last month, the Thammasat University student released the abstract of a preliminary research paper which gained media attention for its surprising claims about the changing love lives of young women.

Some of that attention was overblown. The abstract posited that the number of middle-class women aged 18 to 30 marrying foreign nationals was rising, but Ms Supichaya told Spectrum the theory is based on observation and she is still in the process of gathering evidence to back it up.

But the story struck a nerve, garnering thousands of online shares and generating debate in web forums over why the trend might be occurring.

The student said her interest in the topic was piqued by the social media activity of Thai women, particularly one group who post messages on Facebook with the hashtag “pob farang lor bok duay”, or “let me know if you find a handsome foreigner”.

Ms Supichaya said these women were generally young and highly educated, meaning their attraction to Western men was unlikely to be economic.

Chanida Chitbundid, the Thammasat University lecturer who is overseeing the research project, said it is a noticeable but as yet unproven trend that has been developing over the past decade amid rising levels of education and women’s empowerment.

“Back 30 years ago, we were still seeing many Thai women marrying Westerners because of their economic situation,” Ms Chanida explained.

Ms Supichaya also believes social media is helping to drive changes in attitudes towards cross-cultural relationships, due to the relative ease with which young people can hone their language skills and communicate with people abroad.

Born into the family of conservative government officials, Jirawadee Sangrayab’s parents had high hopes for their daughter’s future.

Although they didn’t interfere with her choice of studies, they were strong in their desire to see Ms Jirawadee marry a “decent man” who could take care of her for the rest of her life. In their eyes, an ideal suitor would be another Thai government official with a secure job and stable income. 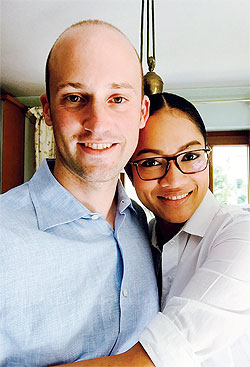 Happy together: Otto Widl and Sunisa Noonpakdee, who has long been attracted to foreign men as she says they are more mature than their Thai competition.

Ms Jirawadee left her Ang Thong home to pursue tertiary studies in Bangkok, determined not to let her parents down. While she did well academically, Ms Jirawadee’s dark brown skin did not conform to the beauty standards desired by most Thai men and a “decent man” proved elusive.

“One of my Thai boyfriends left me for lighter skinned girl with Chinese eyes,” she said. “I secretly learned later that he wants a girlfriend that he can proudly brag about with other friends. They [Thai men] have such high expectations of women.”

Ms Jirawadee’s focus remained her career, and while at university she joined a work and travel programme to the US where she gained her first exposure to a new culture. The experience boosted her English language skills, and she felt more confident engaging with foreigners.

Not long after returning to Thailand, she began dating a Western man.

“Western men find me attractive the way I am,” Ms Jirawadee said. “I don’t even have to try to be someone I am not just to please them.”

Obtaining her family’s approval was not so easy. “My parents were surprised to learn about me and my boyfriend,” she said. “When I first took him home, my parents told us not to walk in public around their house because they felt embarrassed to have me seen by their neighbours.

“They were afraid that the neighbours would think that I am a typical mia farang [a slang term for a foreigner’s wife] who relies on his money.”

Slowly, however, they came around, and Ms Jirawadee, now 31 and a media account manager in Bangkok, is due to marry her Western partner early next year.

While slowly beginning to erode, the stigma against marrying a foreigner is still strong in many parts of the country.

Chanya Chaosakul, 31, was born and raised on Phuket and therefore exposed to Western culture from a young age.

Being born into a middle-class family, Ms Chanya grew up in a protective environment. Though she has never struggled, her parents taught her to understand the value of money and hard work.

As she entered her teens and early twenties, many of her friends began dating Westerners, but Ms Chanya said the stigma attached to interracial relationships stopped her from doing the same. “I didn’t want anyone to insult me or my family by accusing me of dating a foreigner for money,” she said.

Her relationships with Thai men, however, frequently ended badly. Her first, whom she described as a “charming bad boy”, ended up in prison on drug charges. Her second boyfriend cheated on her, and her third was possessive and controlling.

After three failed relationships, Ms Chanya was close to giving up. But her American colleague, with whom she talked often, slowly began to change her perspective on Westerners. After a year of friendship, the pair entered a romantic relationship.

“I was starving for a real conversation, which never happened when I was with my previous boyfriends,” Ms Chanya explained.

The couple, who are now engaged, have lived in the US together for the past four years, where Ms Chanya is studying her second master’s degree.

“Our relationship is based purely on understanding and love. He never checks my phone or questions me about what I’ve been up to,” she said. “Honesty and understanding are the main keys to keep this relationship going. This is why I feel like I finally made the right decision.”

Ms Chanya said she has not been able to escape social bias and stigma for being in an interracial relationship, but said much of it has come after she moved to the US. “I have no problem with Westerners. The prejudice seem to be mainly from other Thais,” she said.

Sutada Mekrungruengkul, a lecturer at the National Institute of Development Administration’s Asean and Asia Studies Centre, said the changes in attitude are happening largely in line with economic empowerment.

She explained that by boosting their level of financial independence, women are increasingly able to eliminate problems such as derogation, inequality, domestic violence and sexual harassment.

“If women have economic power, they will also have the power to make decisions based on what they want,” Ms Sutada said. “A lot of domestic violence against women comes from this lack of economic power. They have to rely on their husband, spouse or family members [and have no power to leave].”

Women account for 52% of Thailand’s population but hold few leadership positions. One popular idiom likens females to an elephant’s hind legs, meaning they must follow the men.

It’s an attitude that translates into the workplace. Ms Sutada’s research found 46% of women are employed as skilled workers and within that group only 10% receive a salary on par with their male counterparts. Of the country’s unskilled workforce, 60% are female.

But times are changing and globalisation is tearing down the social and economic boundaries of the younger generations. Many people, especially those in the major cities, have far greater access to education and communication tools than their parents.

“We are in an age when women have equal education and opportunity. The concept of females being the followers is slowly fading away,” Ms Sutada said. “When women have more choices and better options, they will choose something that is better for them.”

Ms Sutada said any increase in middle-class women marrying foreign men would reflect a shift in economic power which means they no longer want to be suppressed by chauvinistic attitudes.

“Since Thai society is patriarchal and male-dominated, many women who feel like they have more power will choose to leave this environment of suppression,” she said.

“This might be the reason why Westerners are becoming a better choice for middle-class women, since they have a better concept of gender equality and treat women as people instead of baby producers and personal maids.

“Unfortunately there are still a lot of women out there who don’t have the same opportunity and are still being oppressed due to their lack of economic power.”

‘WE ARE IN THIS TOGETHER’

The prejudices are perhaps strongest in the Northeast, long renowned for its financially-motivated martial unions.

Nok, 44, was determined not to fall into that stereotype. Even though her family is not wealthy, her parents instilled strict values about working hard and never begging for money in their seven children. Nok has followed that family motto and worked hard since graduating from a career training school in Bangkok.

With her whole family to feed, Nok has worked hard to make everyone happy. She never turned down any respectable job, and finally saved up enough money to start her own business back in her home province of Roi Et.

About 10 years ago, however, she met a British man who went on to become the love of her life. With an age difference of just three years between them and with both having an equal financial status, Nok said the relationship is based on love, not economic struggle.

“My husband asked me to stop working hard and offered to take care of me, but I told him that I can and will work for my own money since I have the whole family to take care of,” Nok said firmly. “We are in this relationship together and we have to help each other to build up financial stability.”

Nok said she had faced social bias, especially because she is from Isan. But she chooses to ignore the whispers and barbed comments.

“I have to keep my skin thick all the time and try not to let those comments get to me,” Nok said. “I don’t have to waste my time explaining myself to anyone. I know how I am and I do nothing to harm others.”