All modules to be in operation by next year

Forget the ATM. Within 2016, you'll be paying for goods with your ID card, your mobile phone number, or just your email address. (Photo by Kosol Nakachol)

The first two modules of the national e-payment system -- Any ID and the expansion of electronic data capture (EDC) -- are expected to be implemented in the first half of next year.

The Finance Ministry hopes all five modules will be operating by the end of 2016, Finance Minister Apisak Tantivorawong said after a meeting with banks on e-payment.

He said solutions for both Any ID -- which will enable anyone to transfer money and make financial transactions using their ID card, mobile number or email address -- and expansion of EDC would be completed this month.

Mr Apisak wants all companies registered with the Commerce Ministry to be equipped with the EDC system and said another two million EDC units were needed.

E-payment is aimed at allowing people to access money transfer services even if they do not have a bank account, serving e-commerce, stemming loopholes in the tax system and directing subsidies to the underprivileged.

"Any ID and expansion of EDC mark a major step for Thailand. Our country will have a more advanced system than other countries," he said.

"The e-payment system will create a foundation for the future and enable local financial institutions to compete with others." 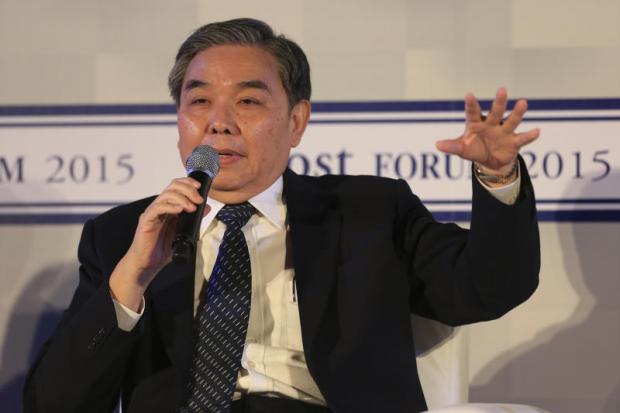 However, Mr Apisak could not say when the country would completely shift to e-payments from cash.

The third module will link e-payments and the Revenue Department's taxation system, making tax collection more efficient, as the e-payment system will allow the government to receive transaction data.

The fourth module will help the government to subsidise all low-income earners directly by using only their ID cards, while the fifth module will be a campaign offering incentives to make e-payments.

The national e-payment plan is expected to be forwarded for cabinet approval this month, Mr Somchai said.

Although the first module is related to using any ID number to transfer and withdraw money, the main use will involve national ID cards equipped with electronic chips, he said.

"The other four modules will be gradually completed, and the government is hoping the overall [e-payment] system will be completed by late next year," Mr Somchai said.

The cabinet must consider amending certain laws to kick-start the national e-payment system, while part of the fiscal budget will have to be allocated for the development of compatible software and infrastructure, he added.

Bank of Thailand governor Veerathai Santiprabhob said the national e-payment system would boost Thailand's competitiveness to a certain extent, as the cost of doing business would be reduced.

Thai Bankers' Association chairman Boontuck Wungcharoen estimates e-payment will help the country to save 100 billion baht a year or almost 1% of GDP by reducing the use of cash and cheques.