Baidu's popular browser runs on any Android smartphone. The browser and other Baidu apps used by hundreds of millions of people open your personal data to spy operations. (Reuters photo)

SINGAPORE/BEIJING - Thousands of apps running code built by Chinese Internet giant Baidu have collected and transmitted users' personal information to the company, much of it easily intercepted, researchers say.

The apps have been downloaded hundreds of millions of times.

The researchers at Canada-based Citizen Lab said they found the problems in an Android software development kit developed by Baidu. These affected Baidu's mobile browser and apps developed by Baidu and other firms using the same kit. Baidu's Windows browser was also affected, they said.

Alibaba fixed those vulnerabilities, and Baidu told Reuters it would be fixing the encryption holes in its kits, but would still collect data for commercial use, some of which it said it shares with third parties. Baidu said it "only provides what data is lawfully requested by duly constituted law enforcement agencies."

The unencrypted information that has been collected includes a user's location, search terms and website visits, Jeffrey Knockel, chief researcher at Citizen Lab, told Reuters ahead of publication of the research on Wednesday.

The problem highlights how difficult it is for users to know just what data their phone collects and transmits, and the risk that personal data might leak because of poor or no encryption. It also highlights how many different groups might be interested in accessing such data.

"It's either shoddy design or it's surveillance by design," said Citizen Lab director Ron Deibert.

Citizen Lab said Baidu - which reports quarterly earnings in New York on Thursday - had fixed some of the problems since it brought them to the company's attention in November, but the Android browser still sends sensitive data such as the device ID in an easily decryptable format.

Baidu told Reuters its interest in the data was just commercial, but declined to say who else might have access. 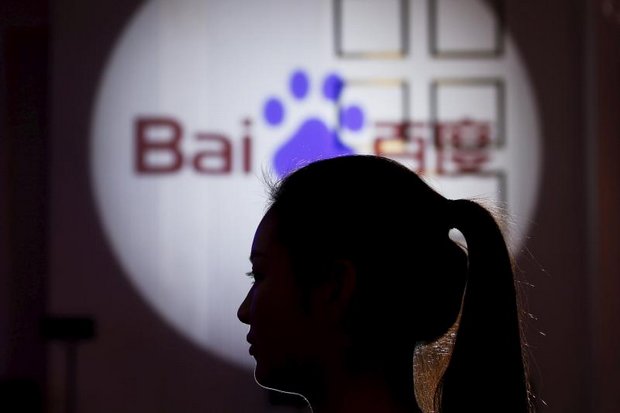 Data security and privacy issues have been highlighted in the United States, where Apple is in a stand-off with the Federal Bureau of Investigation over requests to unlock an iPhone owned by one of those who went on a shooting rampage in San Bernardino, California in December.

Alibaba said then there was no evidence that user data was taken, but it had addressed concerns by asking users to update their browsers.

The researchers said it was not possible to assess how many users were affected by the Baidu problem, both in China and beyond.

Some software developers in China say a lack of encryption is commonplace, and partly due to rapid growth and poor security awareness.