Red shirts and activists were the first to leave after the coup, but now a new group of business people, academics and artists are looking to escape what they see as stifling repression.

Four years ago, Somrak Sila thought of leaving the country to work in Cambodia. But only now, two years after the coup, is the gallery owner seriously considering her options: continue her business by showcasing less provocative artists and material, or set up a new business in Portugal where she can operate more freely.

"I've always been frustrated with Thai politics, but the tipping point is when those on the extreme side are not willing to compromise," said Ms Somrak, 37, a co-owner of WTF Cafe and Gallery in Thong Lor.

Despite organising several exhibitions that have explored social and political themes, WTF has received surprisingly little backlash. In 2014, she held an exhibition portraying the conflict between the red and yellow shirts. The event drew one of the biggest crowds for WTF since it opened in 2010, with long queues outside the door.

"People couldn't believe that putting the two sides in the same room would be possible," Ms Somrak said.

Following its latest installation on enforced disappearance, a man sent her a weirdly worded message on Facebook asking her to take >> >> down the material, labelling the event "inappropriate".

But Ms Somrak said the political climate has resulted in less freedom for artists, in turn lowering the chances of her curating the crowd-drawing exhibitions that WTF is known for.

"It makes me very frustrated that there is self-censorship among artists who used to express themselves freely," said Ms Somrak, who obtained a master's degree in art administration and cultural policy from the University of London.

Last year, Ms Somrak twice visited Portugal -- the home of two of her business partners -- to seek investment opportunities. She is currently in talks with an estate agent to set up a bar and gallery in Lisbon, similar to her current business in Thailand. Not only are the living costs about the same as in Bangkok, but the government also supports foreign investment, she said. This year, she plans to make more trips abroad as a way of spending less time in Thailand.

Although there are no official statistics, Ms Somrak is among several business owners, artists, students and academics Spectrum spoke to who feel the urge to escape from what they call the "climate of fear" under the junta.

While the underlying reason in many of these cases may be personal, all agree on one thing: that the lack of freedom of expression and the rise of oppression and harassment have made them more desperate than ever to leave the country.

For Prach Panchakunathorn, it was a combination of opportunity, acting outside the norms of Thai society and frustration with politics that led him to seek short-term relief in Canada.

His inability to fit into an institution like Chulalongkorn University -- which he describes as "ultra conservative" -- and his progressive views were in direct contrast with the conservative middle class which avidly supported the coup. The tipping point was in April 2015, during a two-week orientation, when he heard the university would not renew his teaching contract at the philosophy department. The decision came after he failed to attend some activities -- including prostrating to university management.

Mr Prach, however, believes that the underlying reason he was let go was due to his political views. In May 2014, he participated in anti-coup protests in several areas, stopping only after the military started making arrests.

"They [the university] see me as a red shirt who does not share their sense of respect."

Despite the incident, he said the decision to pursue a doctorate of philosophy under a full scholarship at the University of Toronto also had a lot to do with the state of the country.

For political science lecturer Sajjapoj (not his real name), leaving Thailand was a relief, even if only for six months.

At the end of last year, he applied for a grant to conduct research on the changing political landscape in Thailand. It was during that time he also felt uncomfortable living in Thailand due to the restrictions of freedom of expression.

While Sajjapoj was not particularly on the junta's radar, he was targeted in September 2014 for organising a seminar at Thammasat University on the fall of dictatorships in foreign countries. Military officers disrupted the event and Sajjapoj, along with two other speakers and students, were sent to the police station.

In Singapore, he deliberately avoids news about Thailand, saying he feels "free from receiving one-sided information from the government".

"There is more freedom here, ironically. I don't have to be afraid of being sent for attitude adjustment just because of an opinion," said Sajjapoj.

"Since I started teaching in 2002, no regime has deprived the people of their freedom as much as this one. It's like living in the world that George Orwell predicted in 1984."

WAITING FOR A CHANCE

The extent to which Thais are leaving the country as either a direct or partial result of the coup is unknown, as no studies have been conducted on the outflow. The government does not produce yearly statistics on outward migration, and international organisations focusing on migration and local researchers on population studies declined to comment on the issue.

What can be said, however, is that authoritarianism under the junta has fuelled an increasing desire for many to pursue employment options elsewhere. Academics in legal and political science fields are particularly susceptible to surveillance, as the topics touch on governance, civic participation and the role of citizens.

Titipol Phakdeewanich, dean of Ubon Ratchathani University's faculty of political science, said a neighbour received a phone call three weeks ago from a military officer who was asking about his political activities.

Since the coup, Mr Titipol has been subject to a series of surveillance measures, including being invited to both official and unofficial meetings with military officers. What frustrates him, however, is that his job as an educator has become increasingly difficult as the regime considers his work activities and teachings a "threat to national security".

"I have to be really careful these days, because who knows how my actions will be interpreted?" he said. "Meanwhile, lecturers in other countries do not face the same restrictions."

Mr Titipol has wanted to work overseas since returning to Thailand after finishing his studies, but said the urge has never been as strong as now because he never thought he would be closely monitored.

"I want to leave Thailand because I feel unsafe," he said. "What if one day I get pulled over by one of the military vehicles roaming the campus?"

Mr Titipol may have lost hope in the country's short-term future, but leaving is not yet an option. Under the terms of the Office of the Civil Service Commission scholarship, of which he is a recipient, Mr Titipol must spend another two years working in the government sector. He also has a separate scholarship from Ubon Ratchathani University, but he is willing to pay the fine if he has to break the contract.

"Once the two years are over, if there is an opportunity I will probably leave," he said. "England is the ideal place, although Japan and Singapore are also interesting options."

The first few months after the May 2014 coup saw several people forced to leave the country after failing to report to the junta. Among those defying summonses issued by the National Council for Peace and Order were journalist Jom Petchpradab, legal expert Verapat Pariyawong and academic Pavin Chachavalpongpun. The latter was already in Kyoto and had no choice but to remain there.

One of the more recent asylum seekers is Pol Maj Gen Paween Pongsirin, who left Thailand for Australia in December last year following alleged death threats from the police and military resulting from his investigation into the widespread trafficking of Rohingya Muslim migrants.

But while personal reasons prompted this group -- which consists mostly of activists and academics -- to leave the country, what is alarming is the increase of artists and young entrepreneurs who plan to do the same.

"For them, it's due to structural reasons resulting from opposition towards internationalism," said Janjira Sombatpoonsiri, an assistant professor at Thammasat University's faculty of political science.

"In a closed political system, creativity is stalled and collaboration with foreign countries is increasingly difficult."

Citing examples of mass migration such as Serbia and Argentina in the 1990s and Egypt after 2013, Ms Janjira said the military regimes left the people with no hope in terms of job opportunities, politics and society.

"If Thailand is still under authoritarian rule in the coming years, we will see an increase in the young generation leaving the country," she said. "It reflects their loss of hope. They feel like they don't belong to society any more."

What makes Thailand's context unique, however, is the trend towards leaving on a permanent basis. Unlike countries such as India and the Philippines, where it is common for those who study abroad to stay in a foreign country, Thais leaving to work overseas usually return home due to a sense of attachment.

"Following the coup, however, people have decided to leave permanently," said Ms Janjira. "It's very extreme and shows that the current socio-political situation does not provide a home for the younger generation."

Meanwhile, some who have already left for job opportunities in other countries do not want to return home.

In 2014, Ratinan Choochaimangkhala took part in anti-coup protests, where people would flash the three finger salute that had been popularised by the Hunger Games franchise. On her Facebook page, she expressed frustration at the way the junta came to power through illegitimate means.

"I felt uncomfortable, but I was also afraid," said the 27 year old, who graduated in 2009 at the top of her Thammasat University law class of 500 students. "We couldn't do anything. It's clearly a dictatorship."

Ms Ratinan often found herself forced to agree with the views of those around her, and instead resorted to talking politics at home with like-minded friends.

Part of the frustration was also due to her inability to work in Thai organisations, which she says is due to her personality.

Two months after the coup, she left Thailand to pursue a master's degree in law at Columbia University. She considered her decision to study an elective course in comparative constitutional law as a reflection of her repressed feelings and an indirect way to protest against Thailand's failed constitutions.

Life took a turn when she was offered a job at a law firm in Singapore, which she eagerly accepted. She no longer follows news about Thailand on a regular basis, as it would increase her stress.

"I don't miss Thailand at all," she told Spectrum via telephone. "Gen Prayut will probably be in power for a long time. Right now I work, have fun and just let everything go." 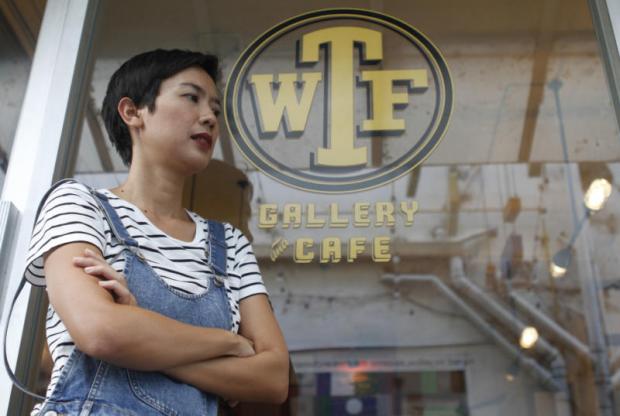 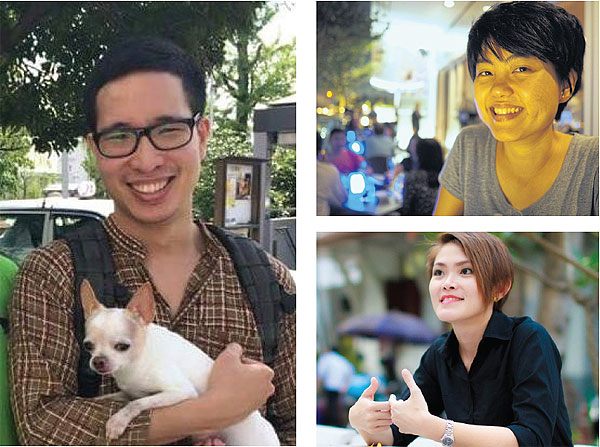 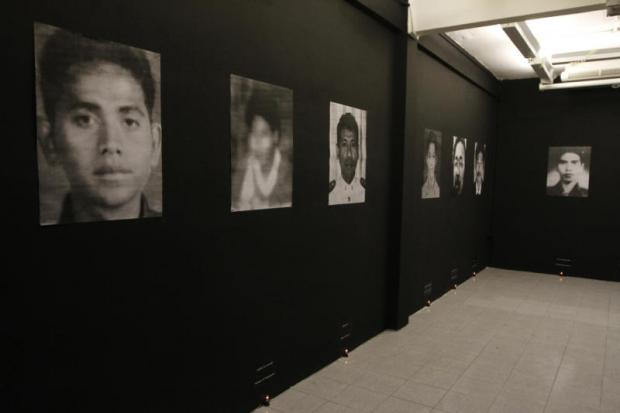 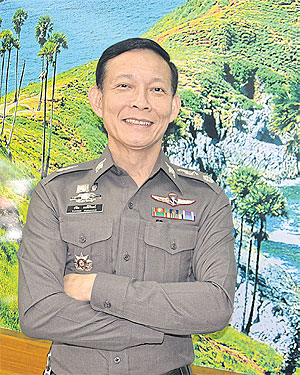